Grace's Guide is the leading source of historical information on industry and manufacturing in Britain. This web publication contains 148,379 pages of information and 233,851 images on early companies, their products and the people who designed and built them. 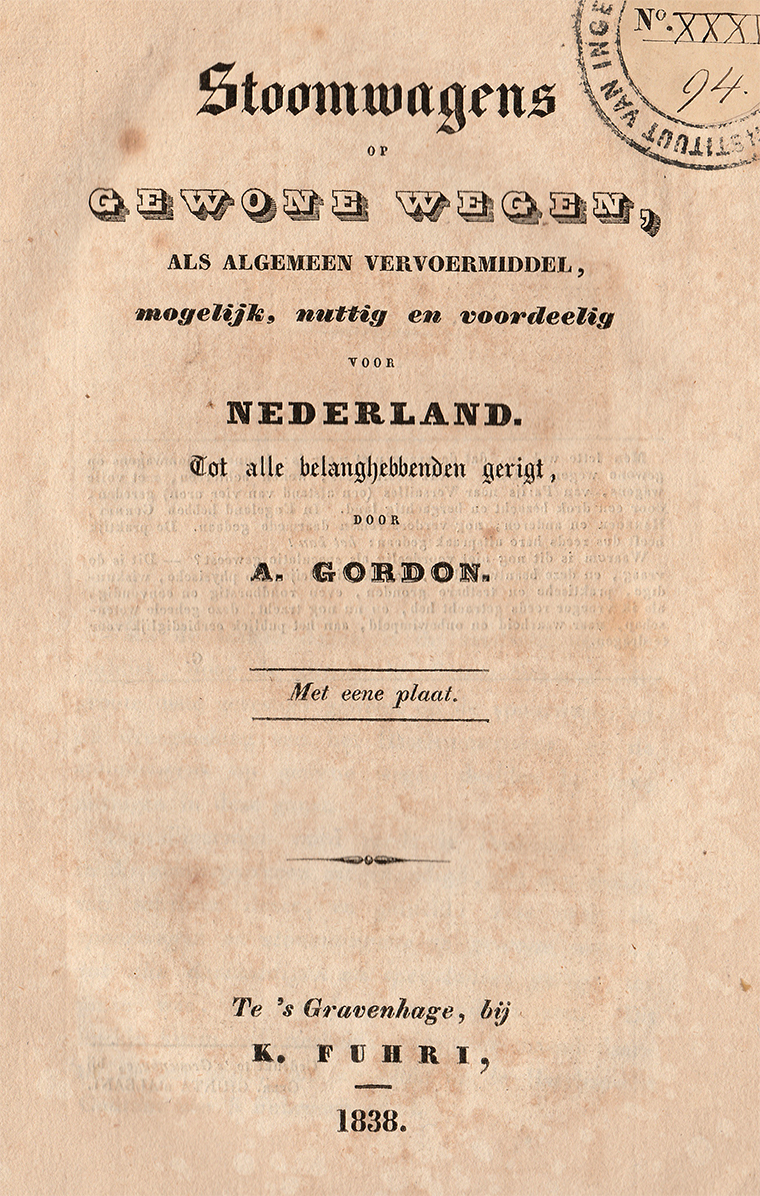 Note: This is a sub-section of Walter Hancock


1838 This is a publication in Dutch and its circulation was restricted to the parliamentarians who had to decide on either railway or road transport with steam coaches in Holland. It was printed to support a project to introduce Hancock's steam coaches in the Netherlands before the first railway lines were built. This proposal competed in Parliament with the decision to build the Dutch railways twice but eventually the railway lobby won.

The brochure shows the Hancock picture of the ERA with only the lettering on the coach changed and the steering modified by using gearwheels instead of chains.

The document is held in a private collection and is published by the kind permission of the owner.