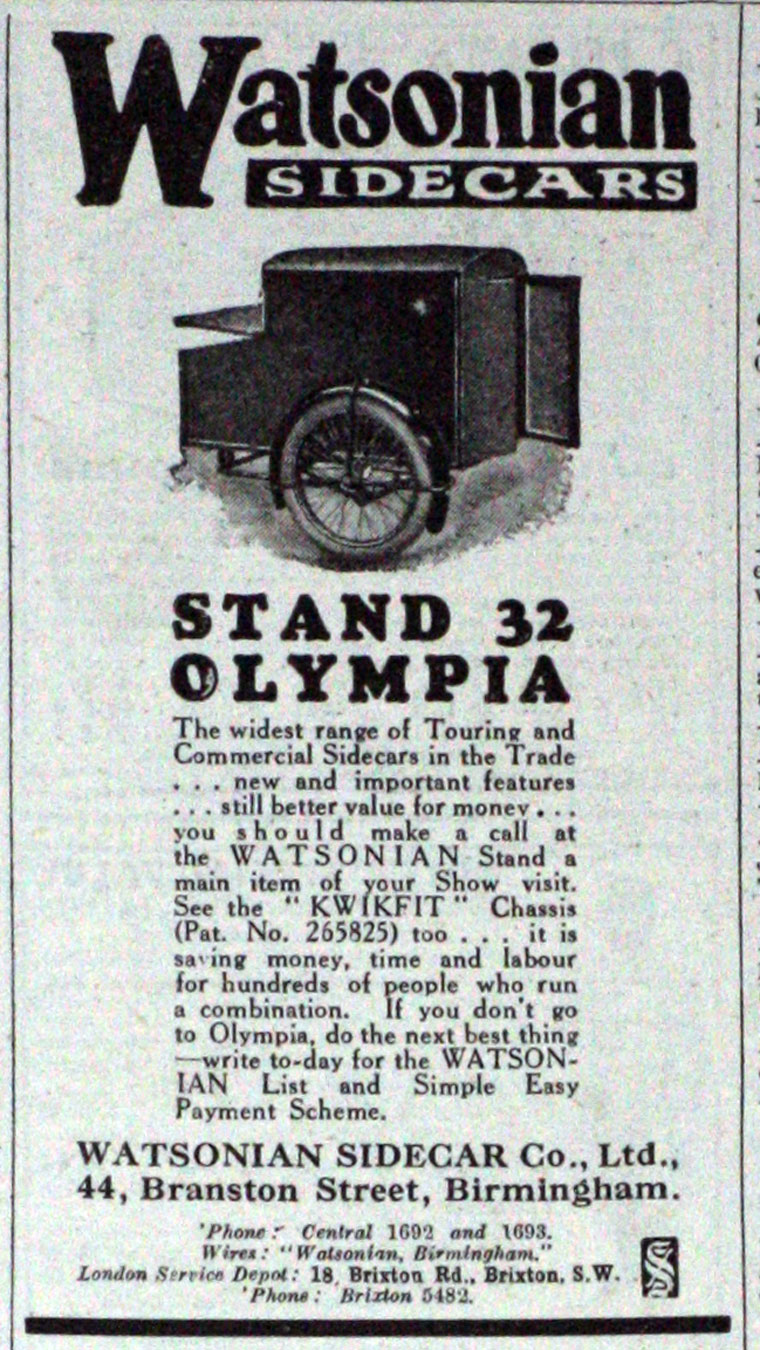 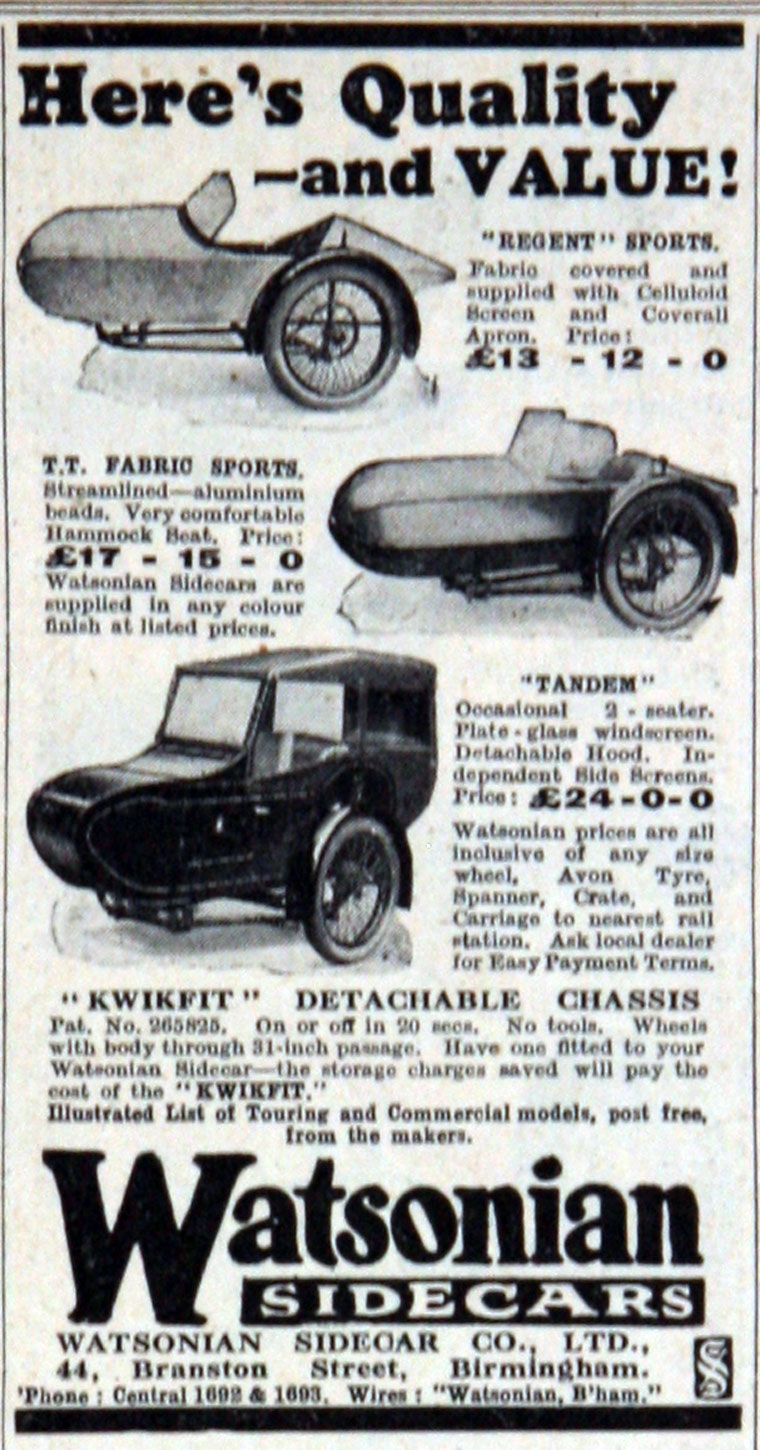 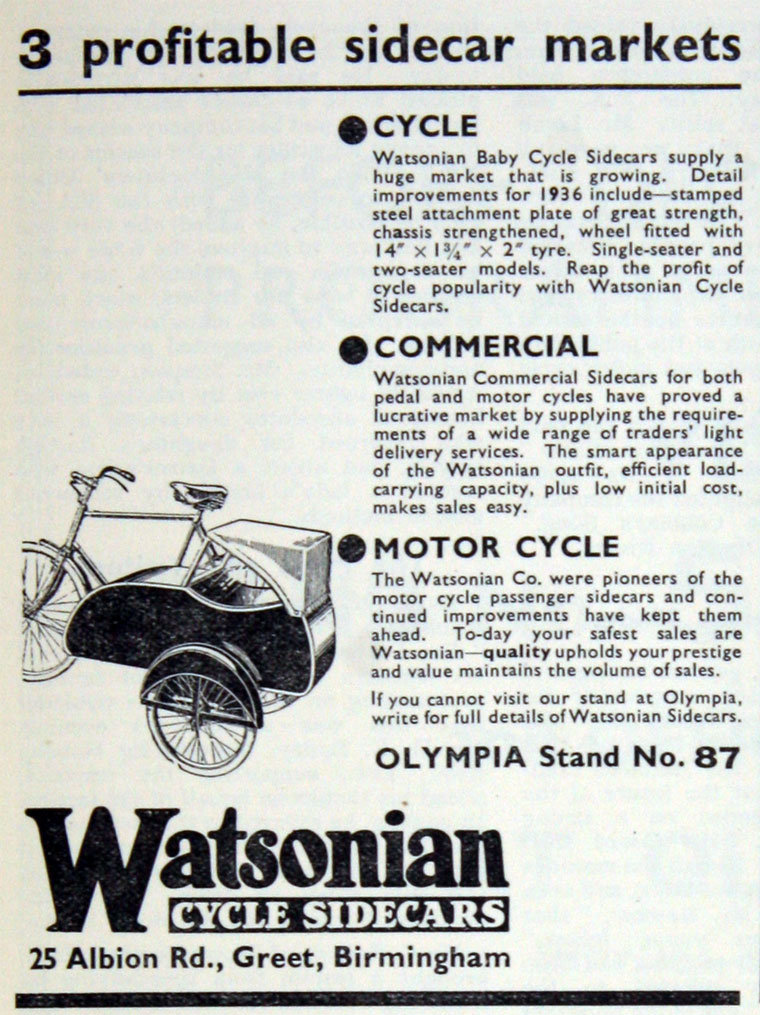 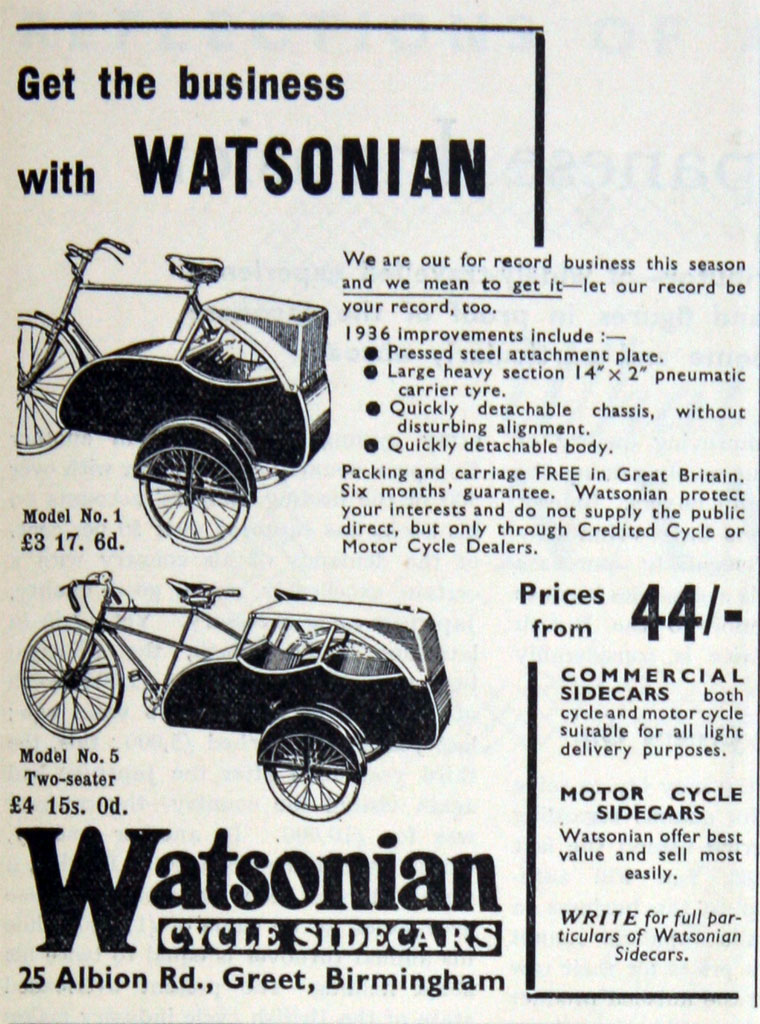 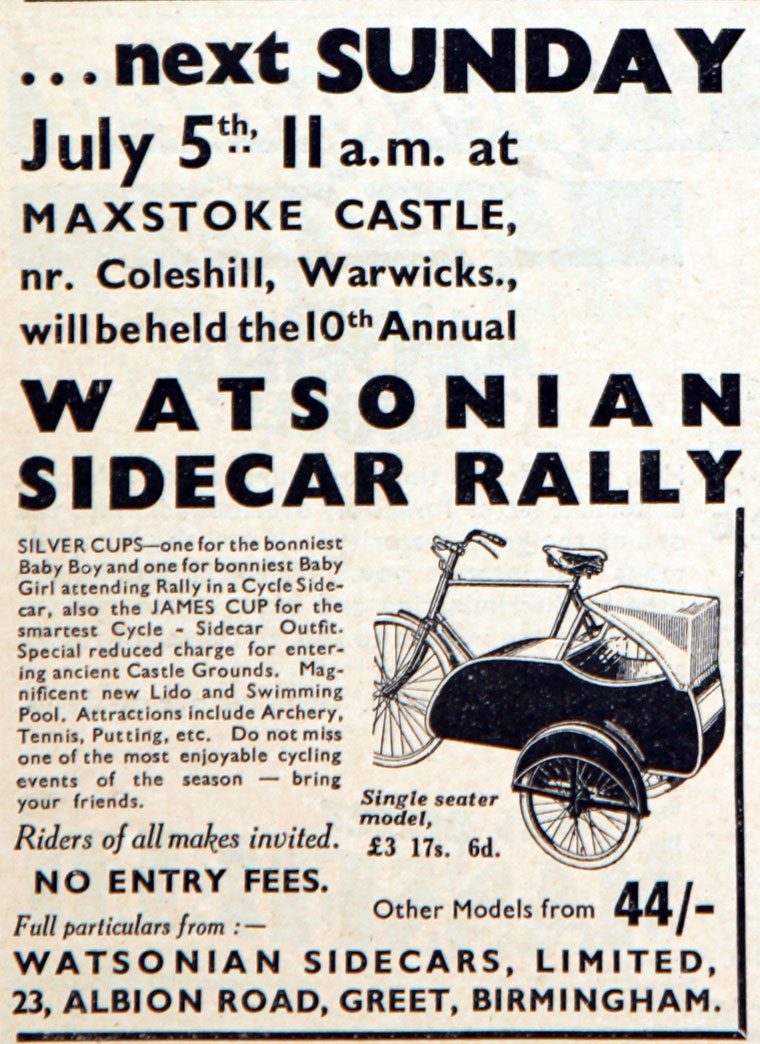 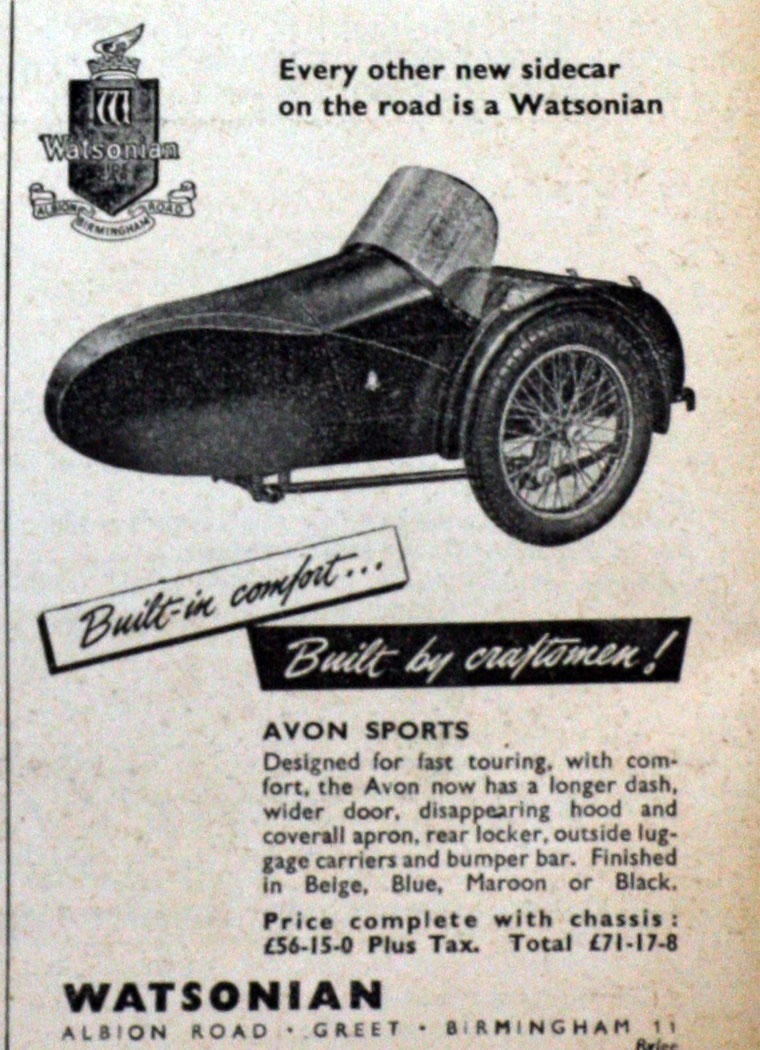 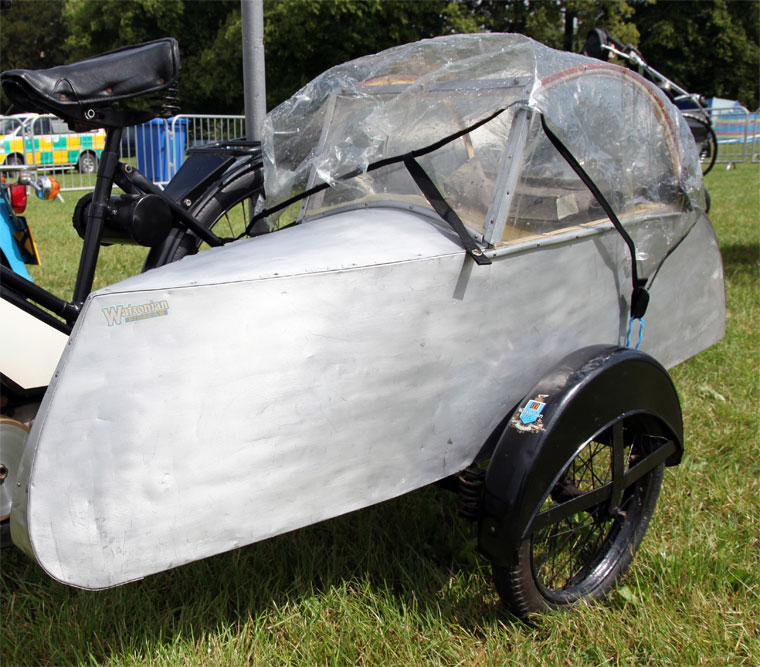 Watsonian was a motorcycle produced in 1950.

The prototype had a 996 cc V-twin JAP engine. This had side valves and alloy heads and barrels which made it lighter. The engine was coupled to a Burman gearbox by a chain in an oil-bath case.

The large battery was fitted behind the rear cylinder underneath the dualseat. The engine had coil ignition. Further to the rear was the oil tank situated between the right-hand chainstays.

It was an excellent sidecar machine but had limited appeal to the 1950s market and as JAP were not particularly interested in supplying engines to the project for this reason, the idea was not pursued. Only one machine was ever built. The company then returned its attention to the production of sidecars.

Note: The Watsonian Squire group can trace its history back to 1912, when Mr Watson made his first sidecar, making it one of the longest surviving businesses in the British motorcycle industry. In 1984 they merged with the young Squire company to create the UK’s biggest sidecar operation based in Blockley in Gloucestershire.