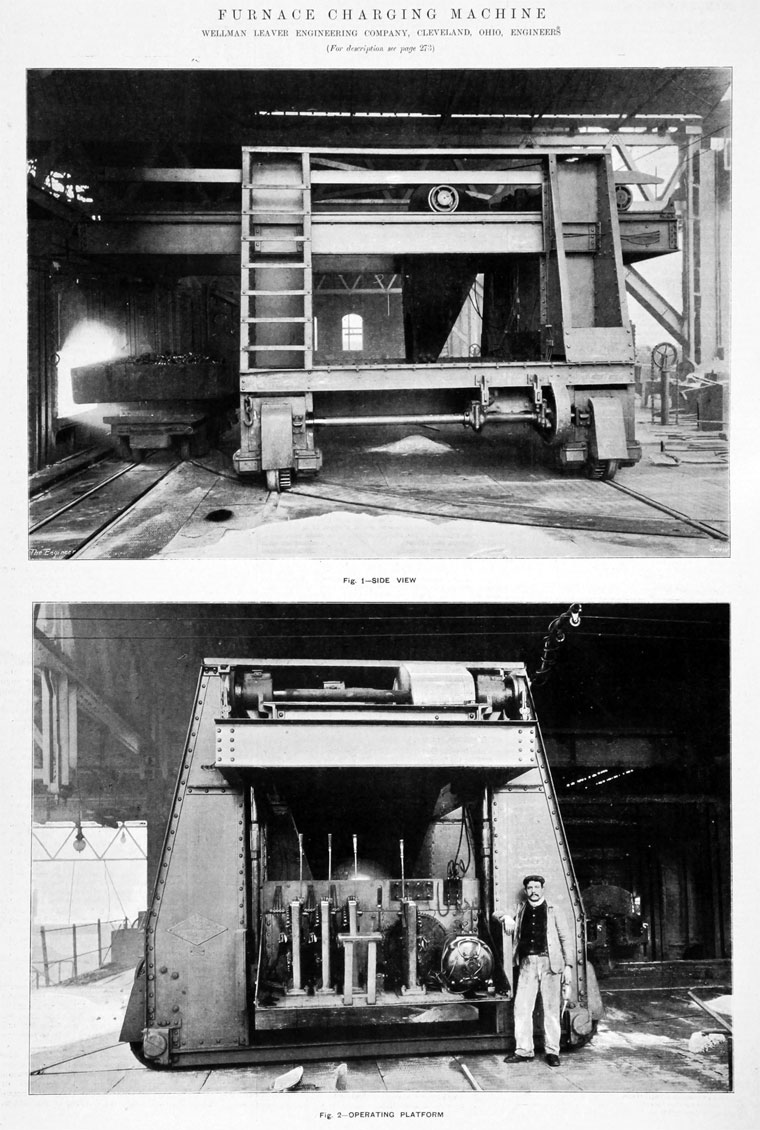 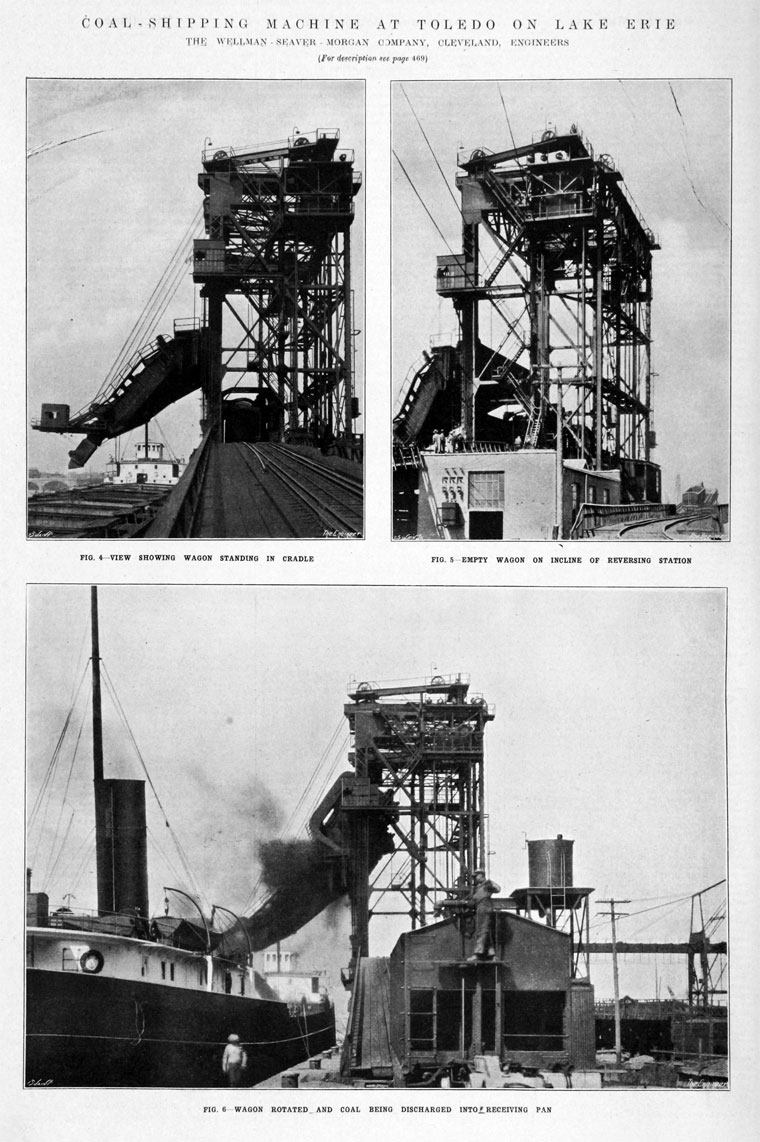 1896 The Wellman-Seaver Engineering Company was founded by the inventor of the first open-hearth furnace in the U.S.A., Samuel T. Wellman, his brother, Charles H. Wellman, and John W. Seaver, to engineer and design steel mills and industrial plant equipment.

1900 Descriptions of the Wellman-Seaver semi-automated electrically operated charging system for open hearth furnaces in USA, a labour-saving device which handled a half ton charge at a time[1] and the Wellman tilting furnace[2].

1903 Thomas R. Morgan joined the firm, which was incorporated as the Wellman-Seaver-Morgan Company. That enabled it to acquire the Webster, Camp & Lane Company of Akron, manufacturer of mining machinery and iron- and coal-handling equipment.

1909 Description of the Gary, Indiana steel plant which had Wellman-Seaver-Morgan charging equipment for the open hearth furnaces[3].

One of the company's executives, George Hulett, invented the Hulett unloader, which revolutionized the Great Lakes ore industry.

Wellman-Seaver-Morgan won contracts from all over the world, so it concentrated on expanding its material-handling equipment.

1931 Added excavating buckets to its product line when the firm acquired the G. H. Williams Company of Erie, Pennsylvania.

1963 The companies were merged as the McDowell-Wellman Engineering Company, with its headquarters in the Vulcan Building at 113 St. Clair Avenue, Cleveland.

Throughout the 1960s and 1970s, McDowell-Wellman built coal docks and port loading facilities.

1978 Helix Technology Corp. of Massachusetts purchased McDowell-Wellman and sold its bulk material-handling unit and research centre to the Dravo Corporation of Pittsburgh.

1980 Dravo reorganized the Cleveland units as the Dravo Wellman Company, which was sold off to Blyden-Alice in 1988.

By 1993 The company was a division of the Swedish firm Svedala Industries and had virtually no representation in Cleveland.