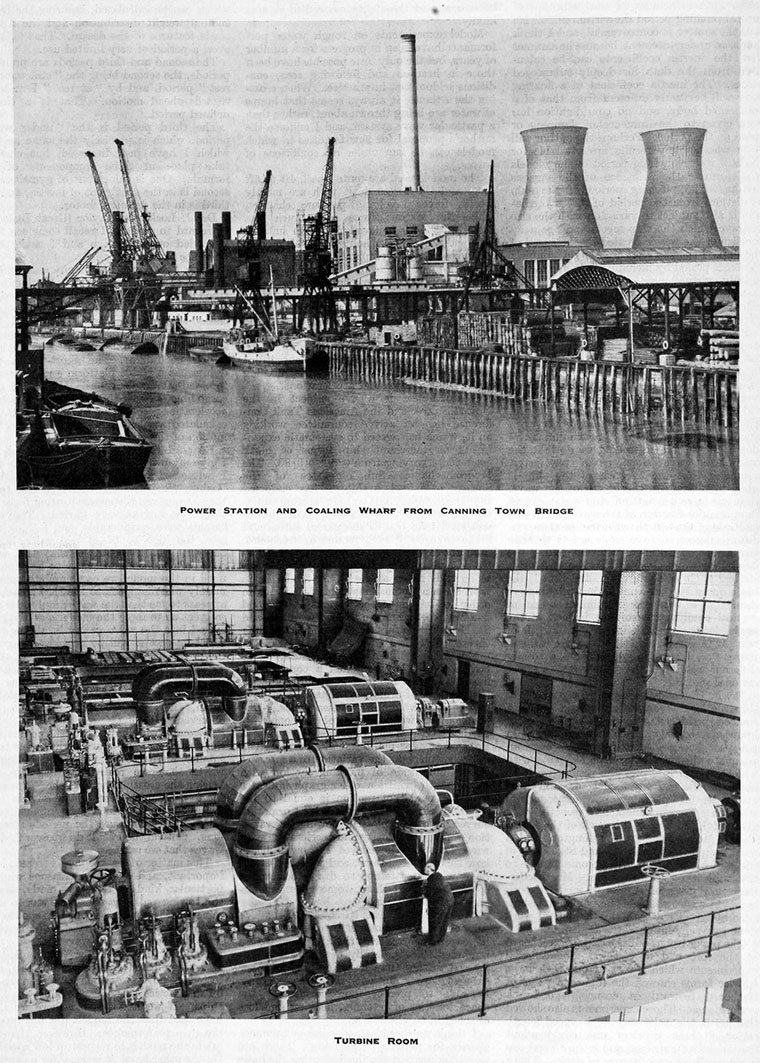 1904 The first power station at Canning Town was opened by West Ham Borough Council, in part to supply the borough's tramways. It replaced an earlier station built in 1898 at Abbey Mills.

It used two-phase generators, which was also the distribution method used by the local electricity company.

The station was extended several times between 1904 and 1930, making West Ham one of the largest municipal electricity suppliers in London.

The BEA completed a new station to the south of the original station in 1951. This had two prominent concrete cooling towers, and make up water was abstracted from the River Lea. As well as burning coal the 'B' Station burnt coke blended with coal in its chain grate boilers. The coke was supplied from the adjacent Bromley Gas Works. In 1964 the 'B' station had 4 × 30 MW English Electric turbo-alternators. There were eight John Thompson 'Radiant' water tube boilers.