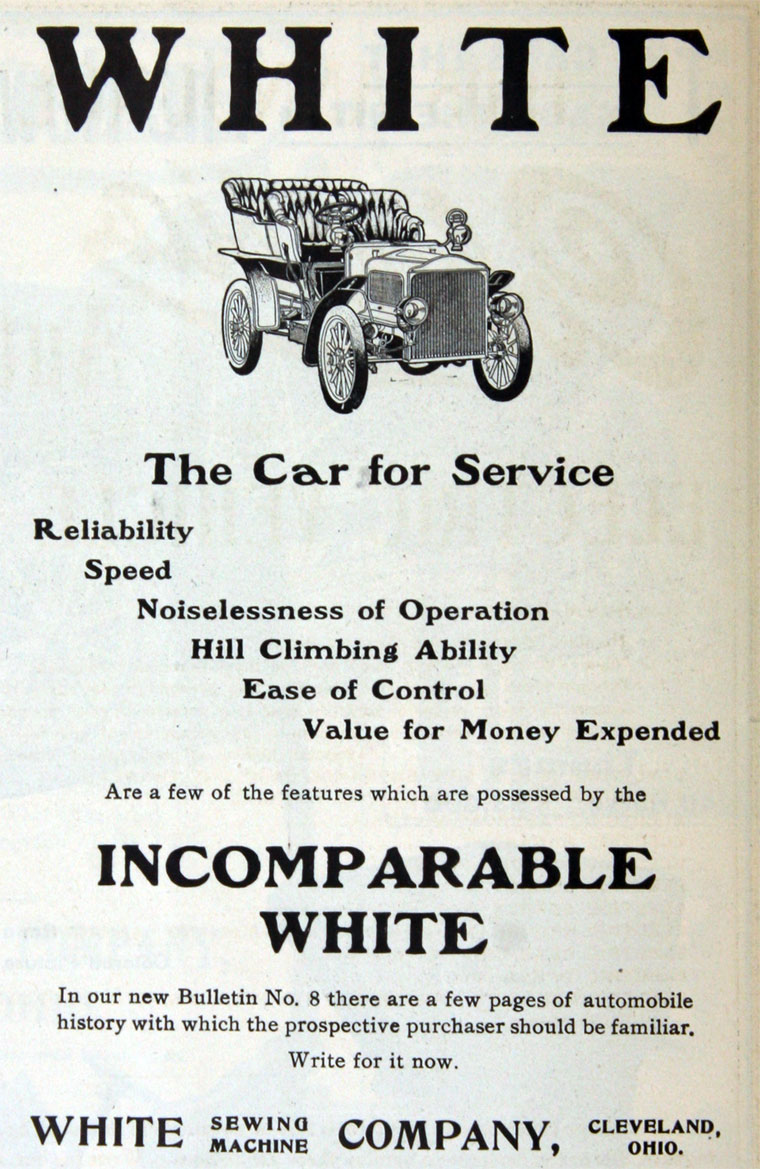 White Sewing Machine Co was an American automobile and truck manufacturer, in existence from 1900 to 1981. The company also produced bicycles, roller skates, automatic lathes, and sewing machines. Before World War II, the company was based in Cleveland, Ohio.

1918 Buses were also built by the company. United Automobile Services bought a great number from the US Army after World War One. These had pneumatic tyres, seated 20 passengers, and were left-hand drive. They were renowned for travelling very fast and were used on routes that were under competition from other companies.