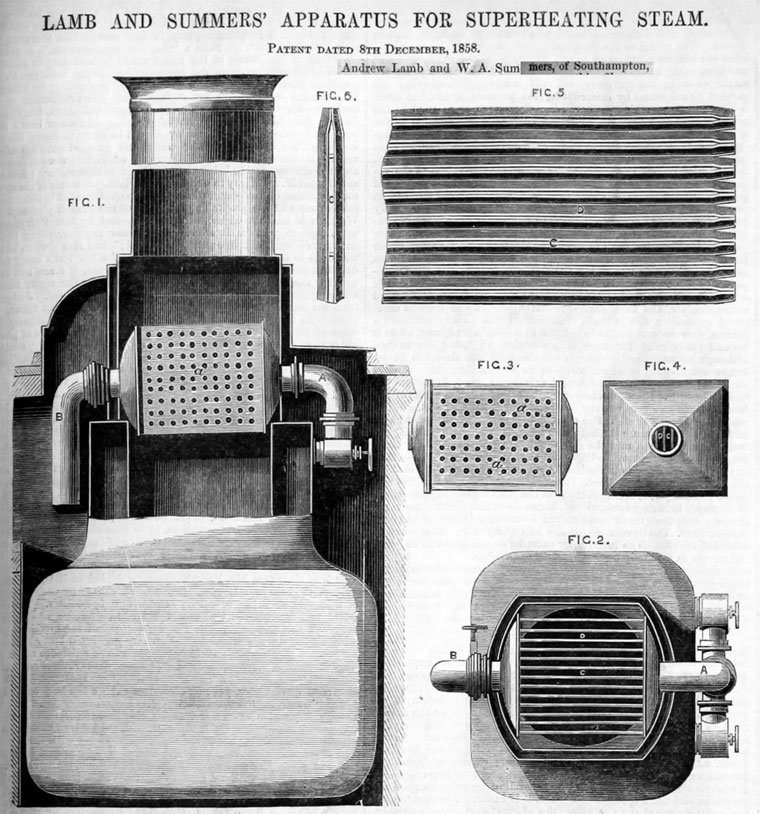 William Summers and his wife Sarah Rayner (m.1765) of Kirkton-in-Lindsey, Lincolnshire had sons Samuel (the father of Thomas Summers) and Joseph (the father of William Alltoft Summers). Both Samuel and Joseph were Tailors / Drapers by profession and followed the Quaker religion.

1818 January 14th. Christening at Kingston upon Hull of William Alltoft Summers the son of Joseph Summers and his wife Elizabeth. Note: This is probably an adult baptism as they had four children christened on this date and others later - see notes below. The family are Quakers.

1830 April. Report of a trial of a steam vehicle on the Western Road by N. Ogle and Altoft Summers.[2]

1831. "The committee have also examined Messers. Summers and Ogle, Mr. Hancock and Mr. Stone whose steam carriages have been in daily use for some months past on common roads. . . . Mr. Ogle states:- 'That his experimental carriage went from London to Southampton in some places at a velocity of from thirty-two to thirty-five miles per hour. That they have ascended a hill rising one in six at sixteen and a half miles per hour, and four miles of the London Road at the rate of twenty-four miles and a half per hour, loaded with people. That his engine is capable of carrying three tons weight in addition to its own.'" Mr. Summers adds: 'That they have travelled in the carriage at the rate of fifteen miles per hour, with nineteen persons on the carriage up a hill one in twelve. That he has continued for four hours and a half to travel at the rate of thirty miles per hour. That he has found no difficulty in travelling over the worst and most hilly roads'" [3]

1854 Patent. '1091. And George Manwaring, of Southampton, in the county of Hants, Engineer, and William Alltoft Summers, also of Southampton, Engineer, have given the like notice in respect of the invention of "improvements in supplying water for water-closets, for the flushing of drains, and for general purposes."'[5][6]

1858 Patent. Andrew Lamb and W. A. Summers of Southampton gained a patent on superheating applicable to Lamb and Summers patent boilers[7]

1859 Patent. '2815. And Andrew Lamb and William Alltoft Summers, both of Southampton, in the county of Hants, Engineers, have given the like notice in respect of the invention of "improved arrangements of apparatus for superheating steam."'[8]

1881 Will proven. '...William Alltoft Summers, formerly of the borough of Kingston-upon-Hull, Gentleman (who died on the 8th day of February, 1881), and whose will was proved by Mary Summers and George Bowden Summers, two of the executors thereof...'[13]

Notes on descendants
1881 His son George married. 'Summer-Raines. - On the 14th inst. at Kingston-on-Hull, George Bowden Summers, to Sarah Ann, widow of the late Henry Raines'[14]

Notes on genealogy
1784 October 28th. Christening of Joseph Summers at Kirton in Lindsey, Lincolnshire, the son of William Summers and his wife Sarah. This birthplace agrees with that given in the 1851 census by Joseph Summers (age 65), Retired Tailor and Draper, and his wife Elizabeth.

1818 December 30th. Christening of Samuel Summers at Kingston-upon-Hull. Parents are Joseph Summers and his wife Elizabeth

1820 November 12th. Christening of James Allcock Summers at Holy Trinity, Kingston-upon-Hull. Parents are Joseph Summers and his wife Elizabeth. Also registered at the Quaker on same date and Joseph is a 'Taylor and Draper'. James died in 1827.

1823 April 27th. Christening of John Summers at Kingston-upon-Hull. Parents are Joseph Summers and his wife Elizabeth