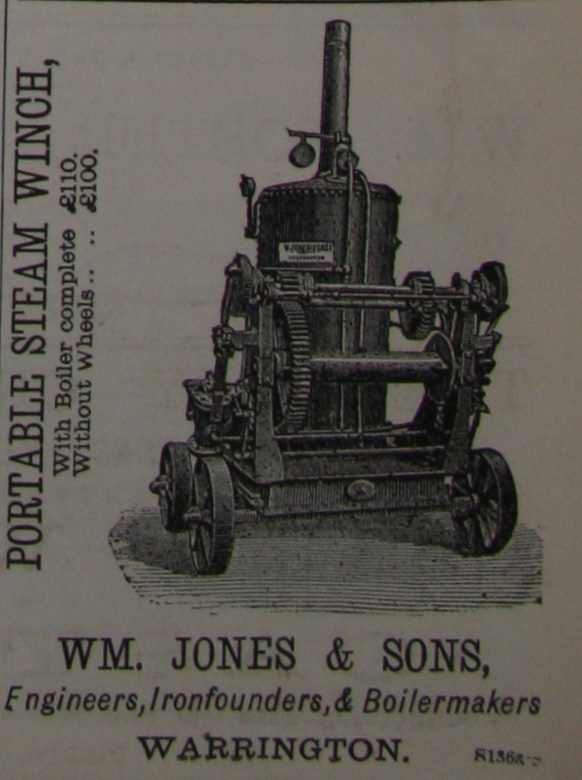 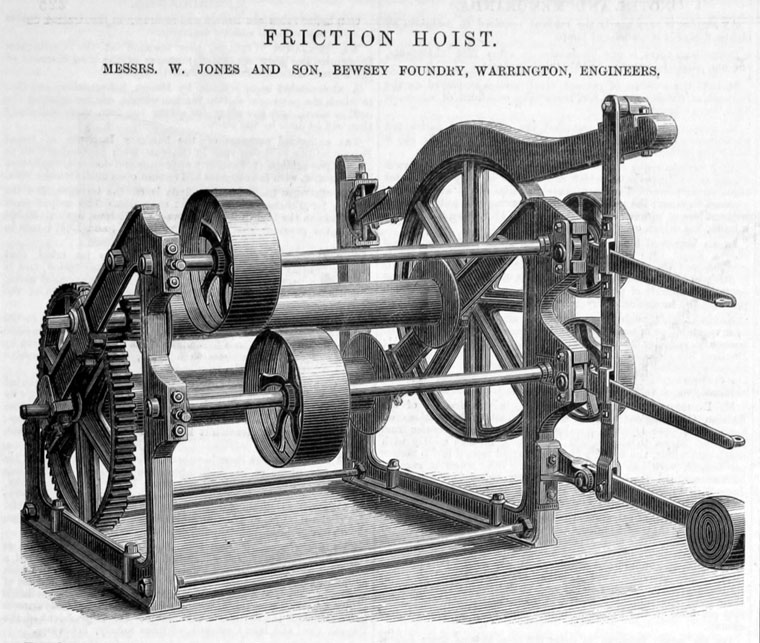 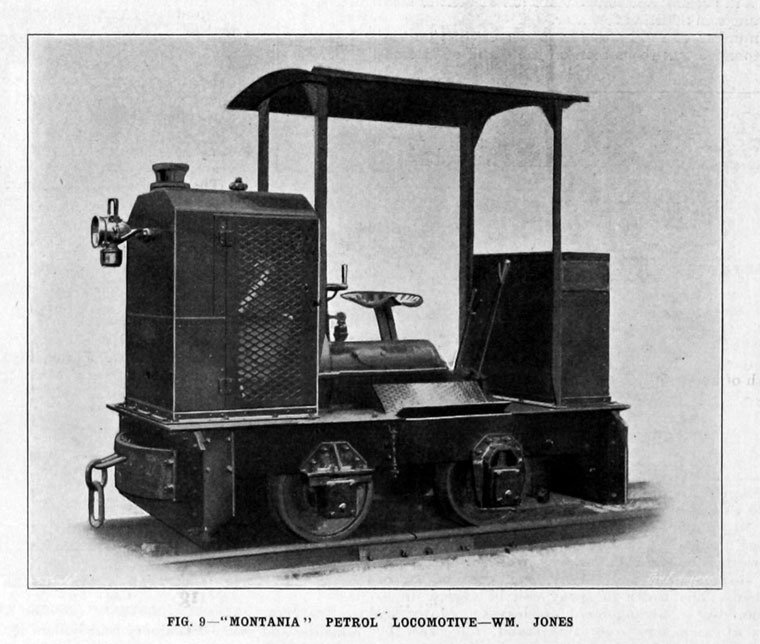 of Bewsey Mill Foundry, of Warrington.

The premises were formerly used by Newton and Gibson‎‎

1870 Advert: 'MESSRS. THOMAS & SAMUEL JONES beg to inform their friends and the public that they have now succeeded to the business of Ironfounders, Millwrights, Engineers, and Boiler Manufacturers, lately carried on by them at Bewsey Mill, in Warrington, in partnership with their father, who is now retiring from the firm. The business will be carried on under the old style of William Jones & Sons, and every effort will be made to give satisfaction. Warrington, March 24th, 1870.'[1]

1885 Advert: 'Important SALE of ENGINEERING and IRONFOUNDRY PLANT, at WARRINGTON,
HEATLEY, KIRK, PRICE, and GOULTY are instructed by Messrs. William Jones and Sons, who are giving up business, to SELL BY PUBLIC AUCTION, on WEDNESDAY, THURSDAY, & FRIDAY NEXT, June 10th 11th, & 12th. at the BEWSEY MILL FOUNDRY, WARRINGTON, the entire contents of the said works. The catalogue will include steam boiler and engine; numerous lathes up to 15in, centres, drilling, planing, slotting, screwing, and riveting machines; over-head and jib cranes, boiler makers and foundry plant, contents of stores and smiths' shop, patterns; letters patent, of "Sear's" adjustable brush flour bolt cleaner, and of "Jone's" friction hoist. The new stock will comprise several horizontal engines up to 15in. diameter, combined vertical engines and boilers, steam winches, friction hoist, single and double geared crabs, and other effects.
Further particulars and catalogues - to be had from Messrs. ROBERT DAVIES & Co, Solicitors, Warrington; William HENRY Esq , Town Clerk, Warrington : or from the AUCTIONEERS, Albert-square, Manchester, and 52, Queen Victoria-street, London. E.C.' [4]