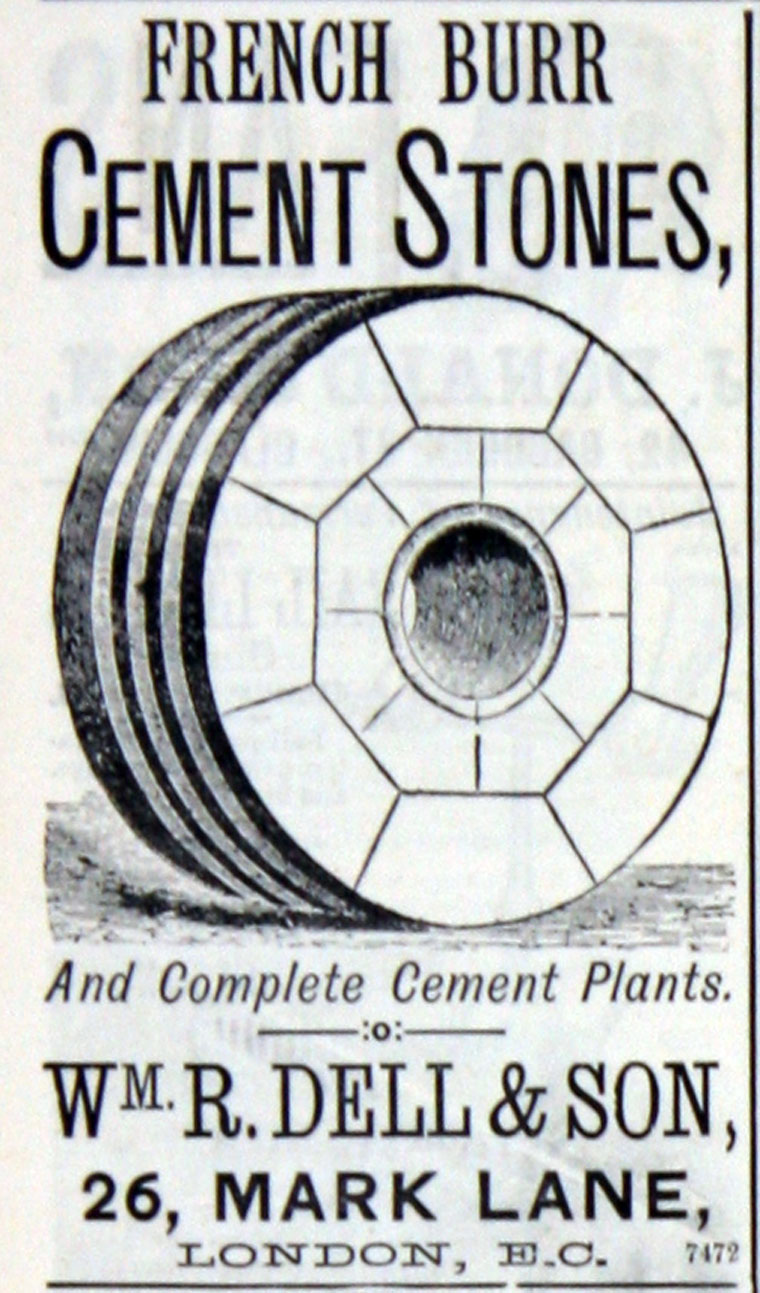 c.1830 William Rawbonn Dell started his career as a miller in Colchester.

1844 Entered a partnership with Mr. George Artingstall, a wire weaver, at Messrs. G. Artingstall and Co.

1856 Started his own business as a general mill furnisher at 72 Mark Lane, London.

1869 the firm of W. R. Dell & Son was formed when William Bleckly Dell was taken into partnership with his father.

1872 W. B. Dell entered into a new partnership with John Fyfe Stewart, an engineer.

The firm was well known for the production of millstones and wheat cleaning machinery.

1880s Also acted as agents for foreign companies wanting to sell their milling machinery in Britain.

1905 The firm had devoted themselves to the production of machinery for rice mills for many years, and a few years previously had purchased the patterns of the late firm of Whitmore and Binyon, who had supplied many large plants to Siam and the Far East (from catalogue "Rice Mill Machinery suitable for Large and Small Mills").

1906 Dissolution of the Partnership between William Bleckly Dell and John Fyfe Stewart, carrying on business as General Engineers, Millwrights and Mill Furnishers, at 26, Mark-lane, London, and Reliance Iron Works, Croydon, under the style or firm of W. R. DELL AND SON[2]