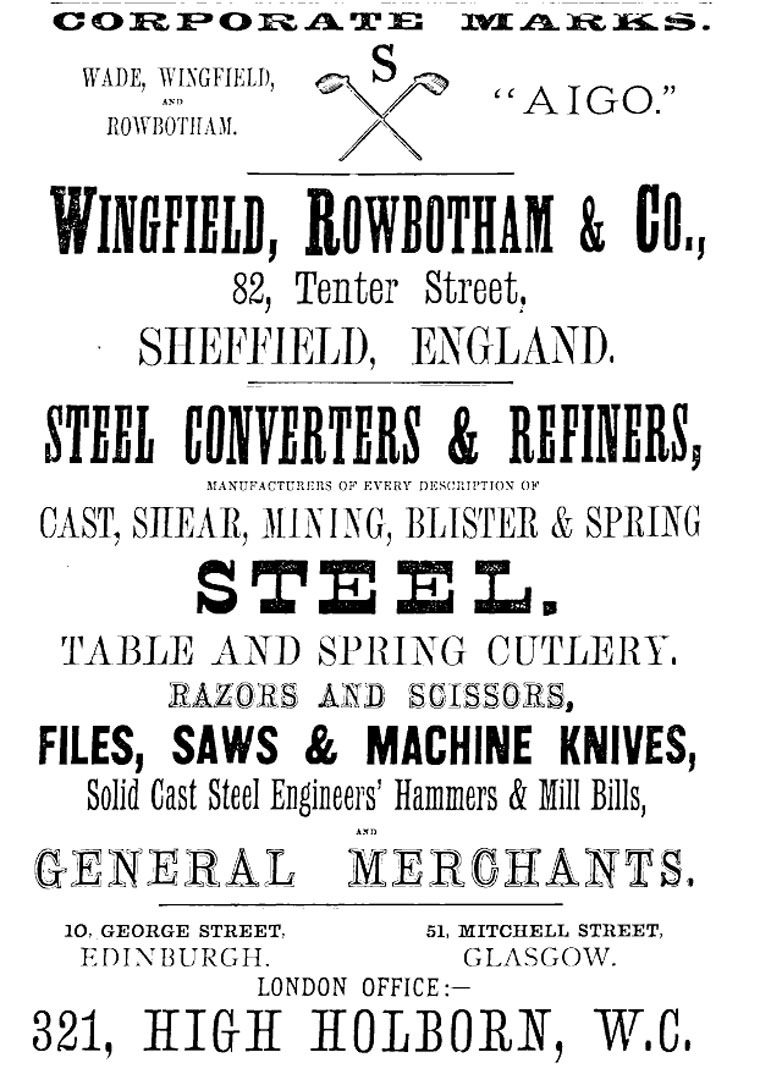 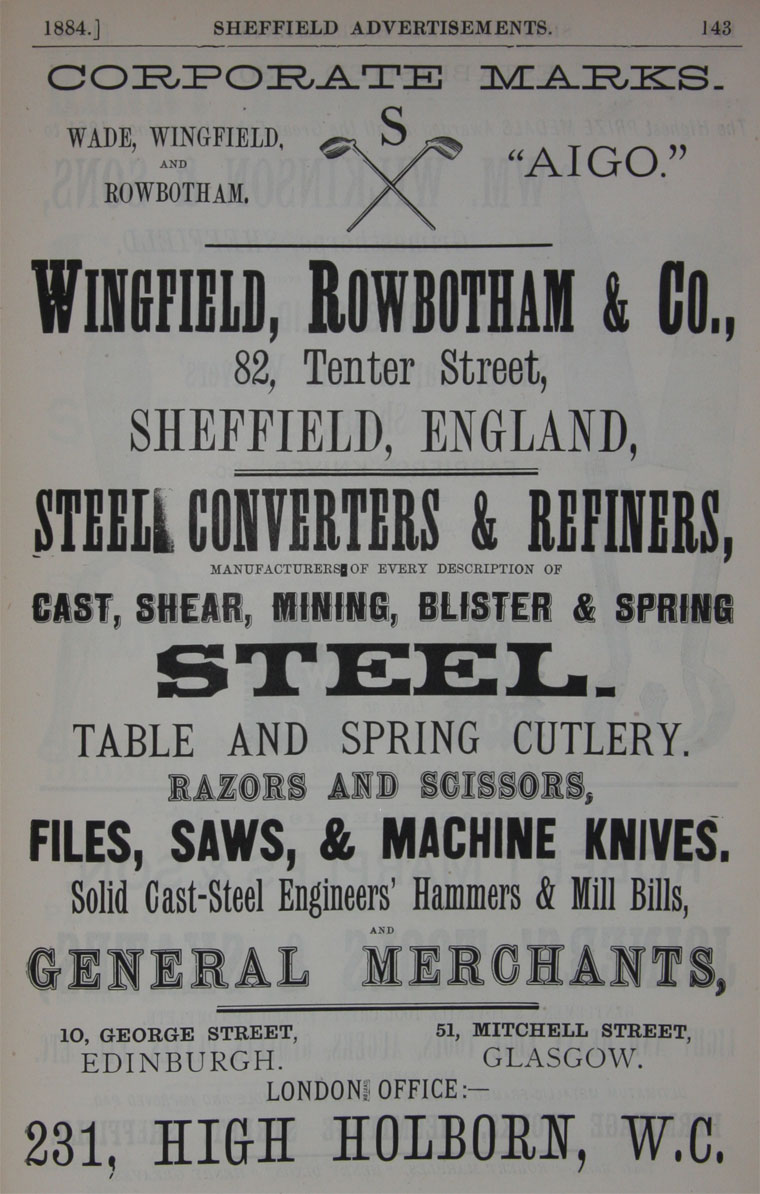 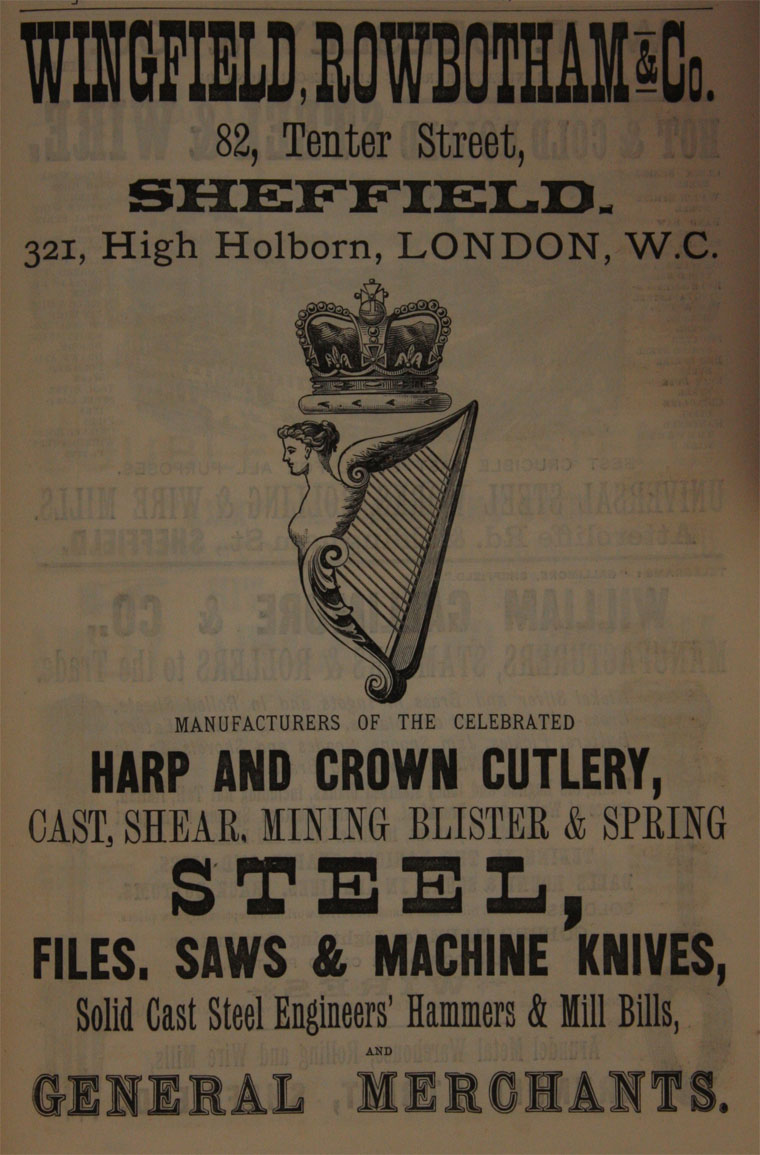 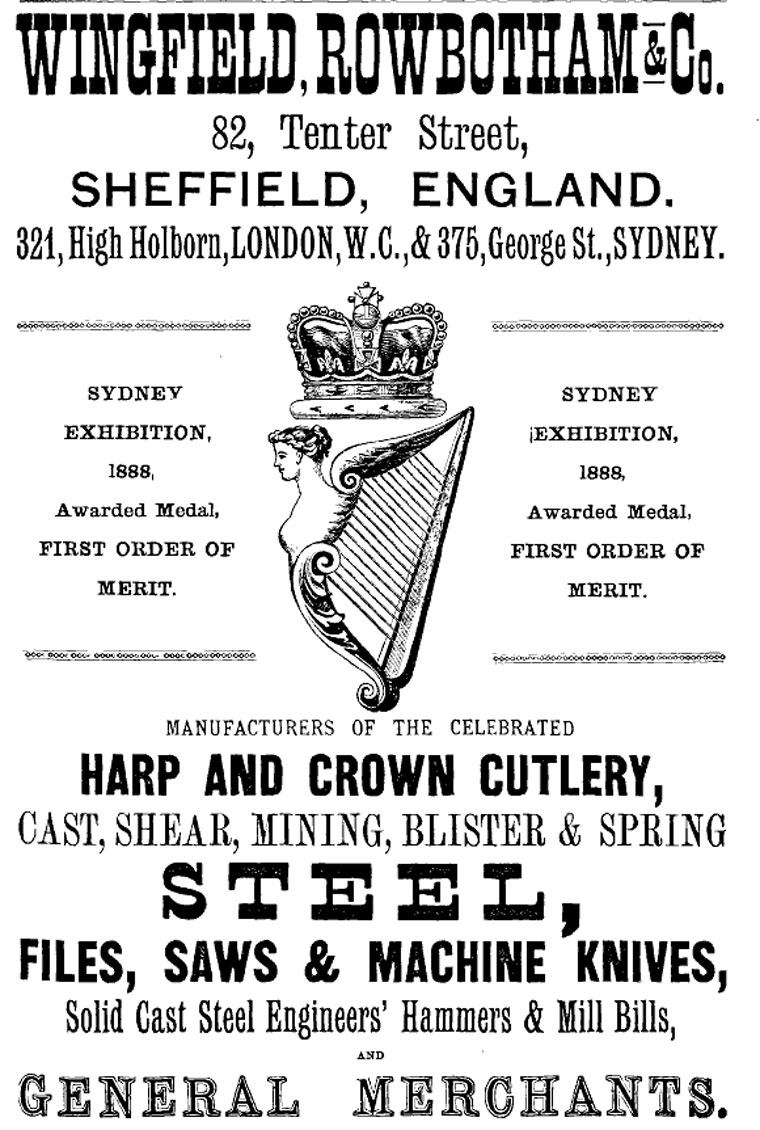 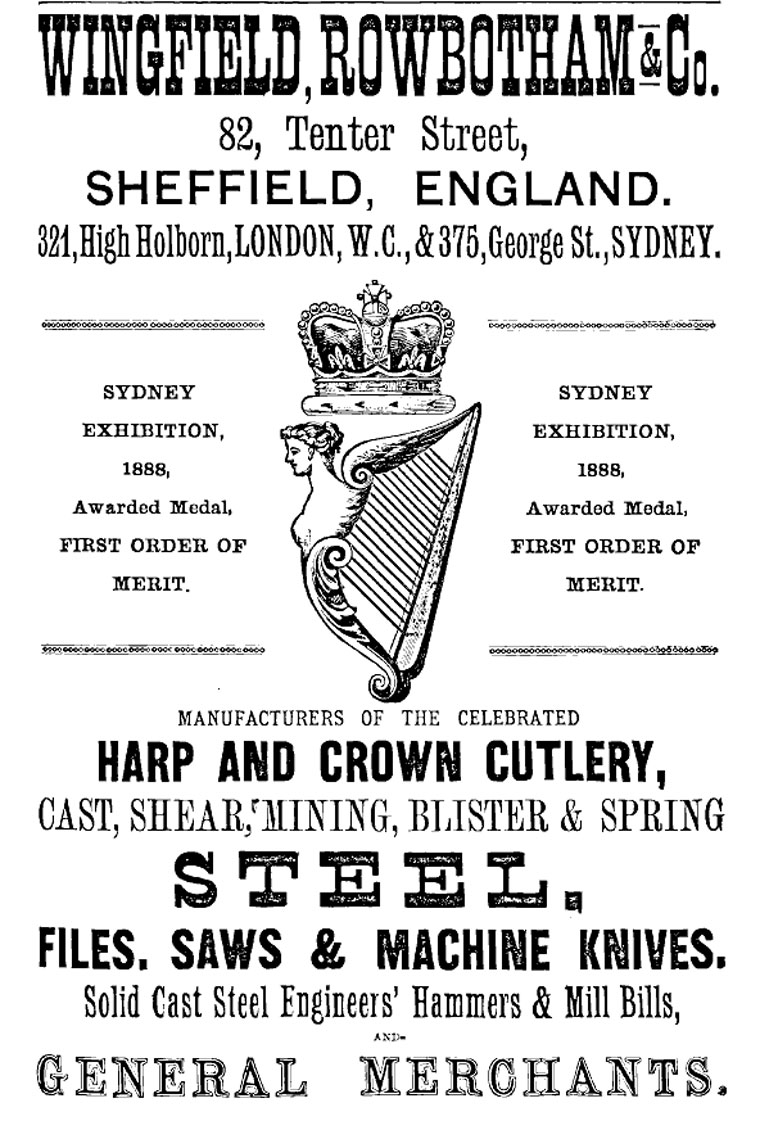 1832 Partnership change. '... the Copartnership heretofore subsisting between us the undersigned, Richard Wade, John Wingfield, John Rowbotham, and William Wingfield, as Merchants and Manufacturers, at Sheffield, in the County of York, under the firm of Wade, Wingfield, Rowbotham, and Co. is dissolved by mutual consent upon and from the day of the date hereof, so far as relates to the said William Wing6eld; and that all debts due and owing to and from the said Copartnership will be received and paid by the said Richard Wade, John Wingfield, and John Rowbotham. by whom the said businesses will in future be carried on...'[1]

1851 Partnership change. '...the Partnership heretofore subsisting between the undersigned, Richard Wade, John Wingfield, John Rowbotham, Alfred Rowbotham and Henry Colley, as Merchants, Steel Converters, and Manufacturers of Table and Pocket Knives, Files, Saws, and Razors, and carried on at Sheffield, in the county of York, under the style or firm of Wade, Wingfield, and Rowbotham, was dissolved by effluxion of time on the 1st day of January instant. All debts due to or owing by the said late copartnership are to be received and paid by the said John Wingfield, Alfred Rowbotham, and Henry Colley, who will in future carry on the said trades or businesses under the firm of Wingfield, Rowbotham, and Company...'[2]