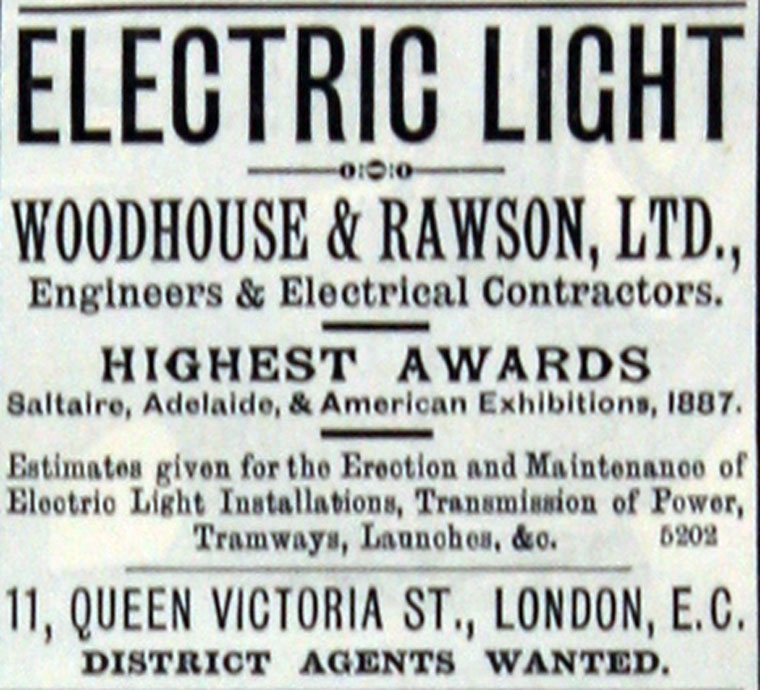 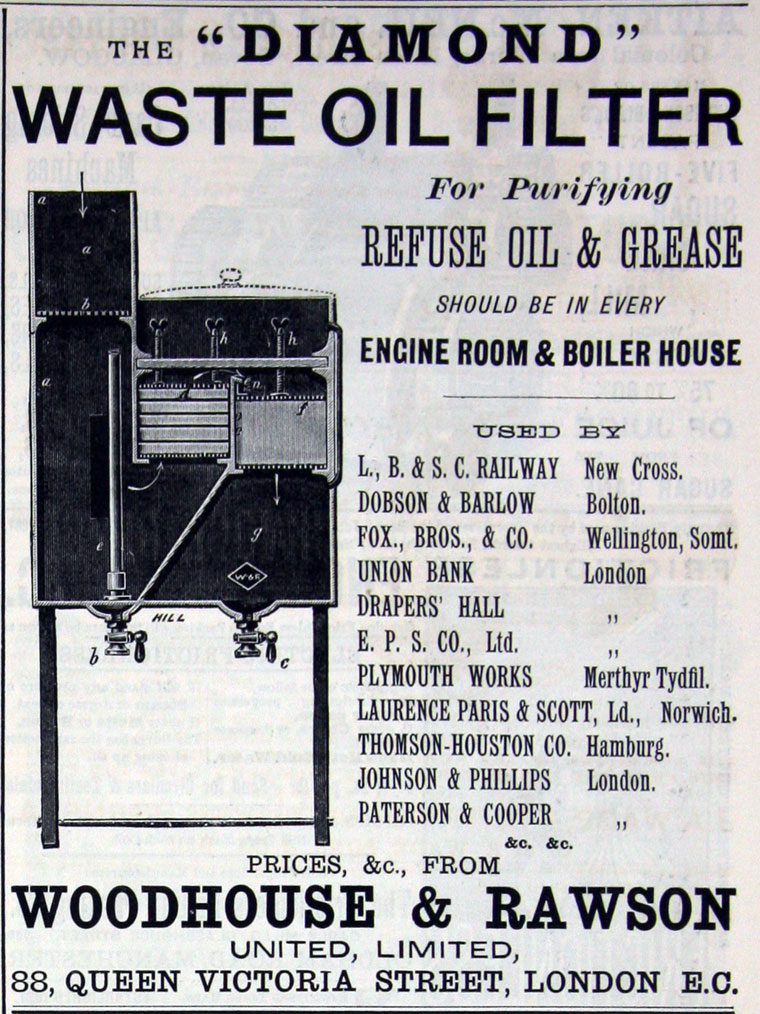 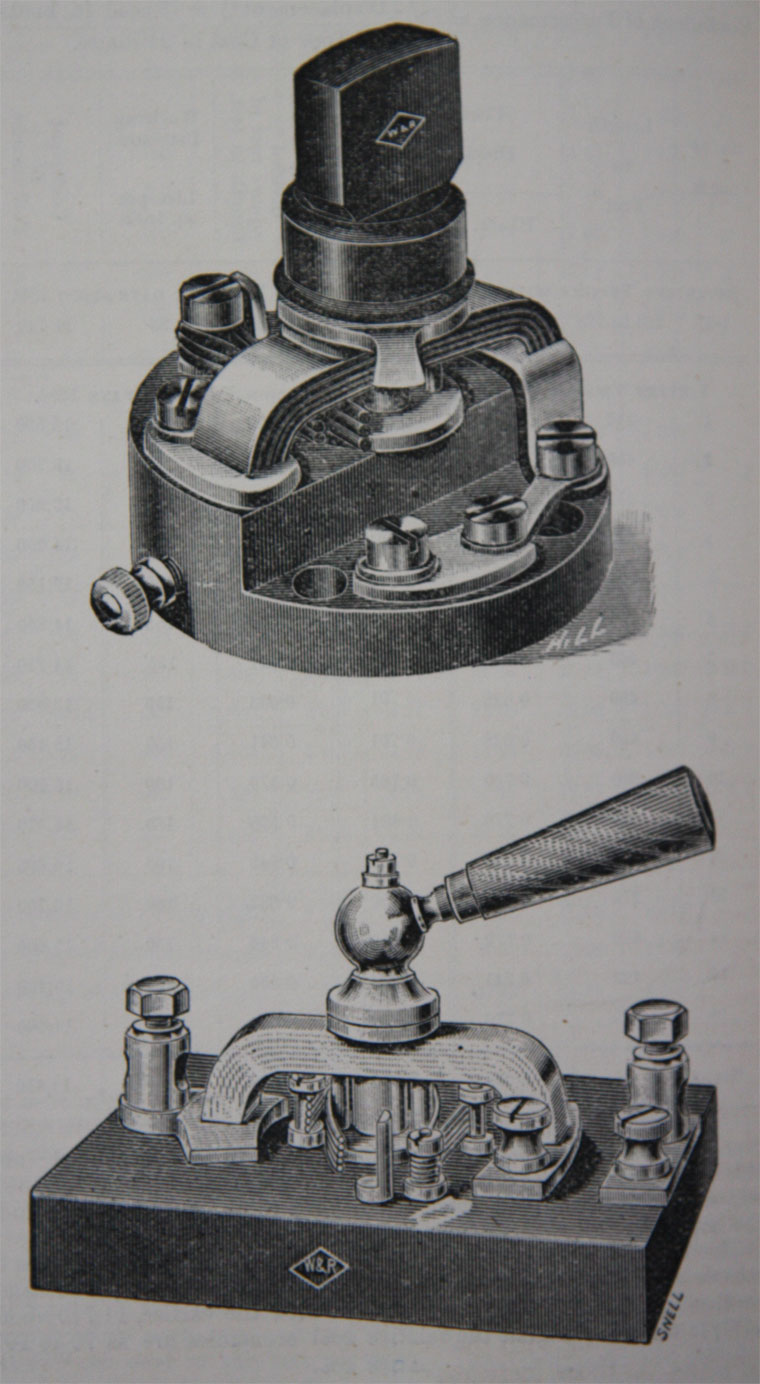 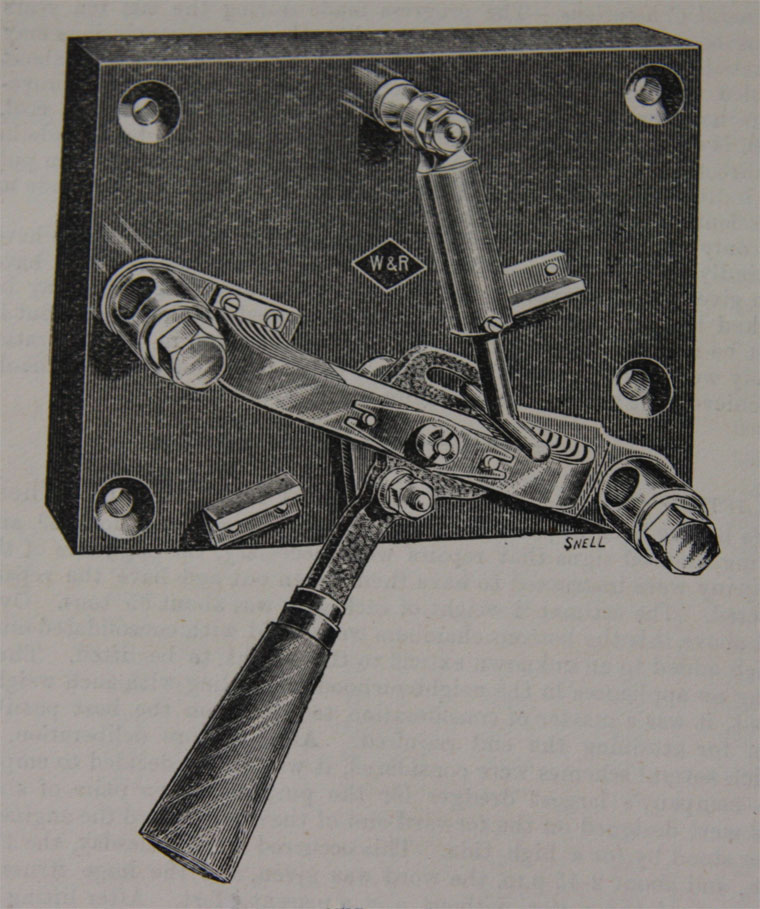 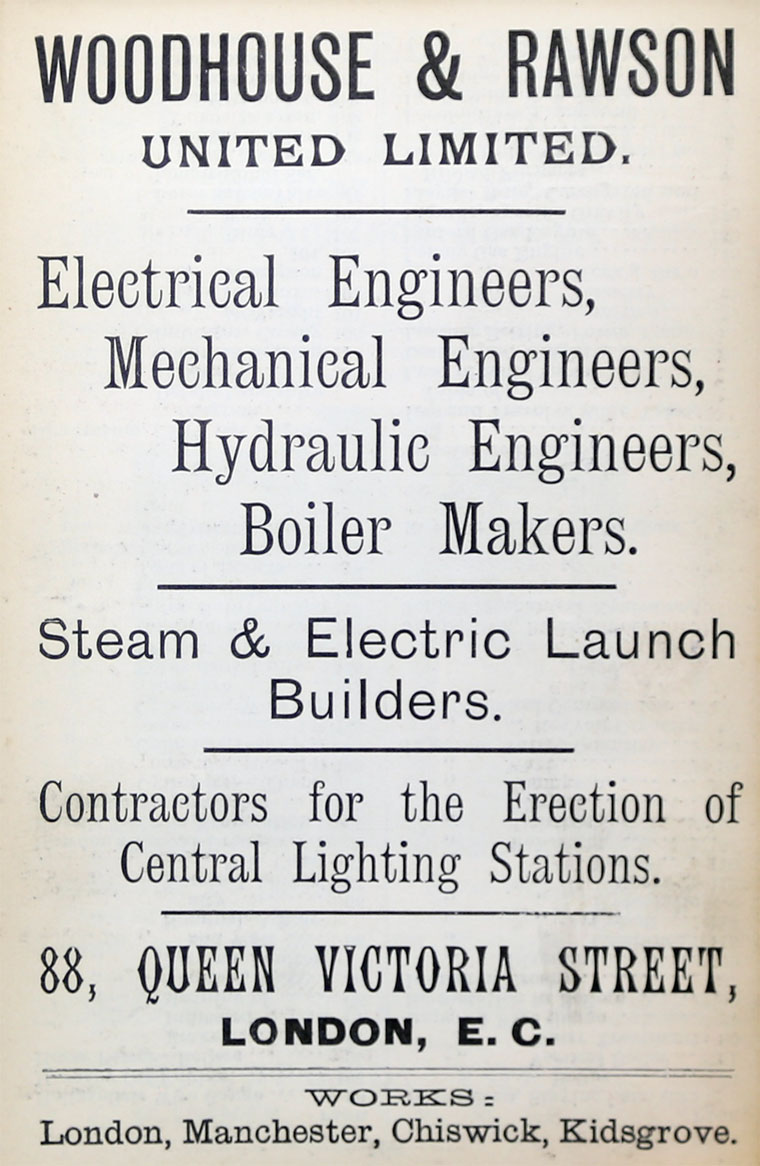 1885 Woodhouse retired from business because of ill health

1887 Public company incorporated[3]. The company had done all of the overhead installation work for Sir Coutts Lindsay and Co at the Grosvenor Gallery. Had also done work for other private electricity companies such as Eastbourne, Brighton, Kensington Court, Pilsen (in Holborn), St Austell and others.

1889 Incorporation of Woodhouse and Rawson United Ltd[4] in order to acquire:

as well as its subsidiary companies:

and also that of

1889 Woodhouse and Rawson Ltd was put into voluntary liquidation

1892 Electric lighting in all its branches, Electric motive power for collieries and mines. Appointed Jno Stevenson and Cowper, Middlesborough, as agents[6].

1893 The costs of the legal action between Edison-Swan United Electric Lighting Co and Woodhouse and Rawson was one of the reasons that the company had been put into liquidation[8].

The Pilsen lamp was developed by two Austrian engineers, Ludwig Piette and Franz Krizik, and was marketed in Britain by Henry F. Joel. It had a complex regulating mechanism which used an iron core between two solenoids. The lamp was quite extensively used, and won a Gold Medal at the Paris Electrical Exhibition of 1881. [10]