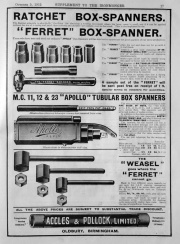 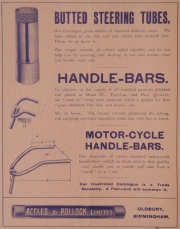 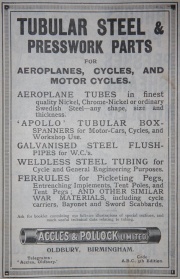 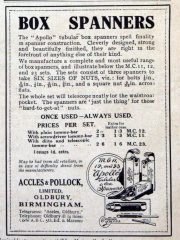 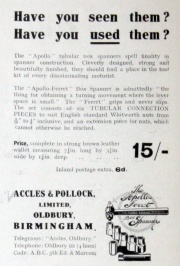 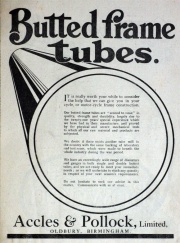 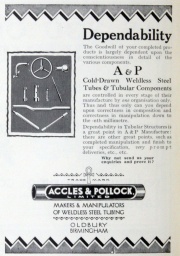 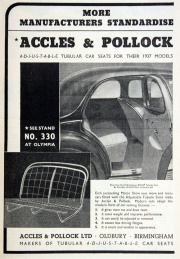 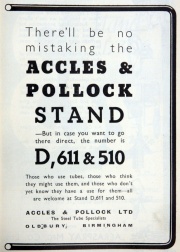 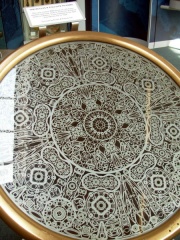 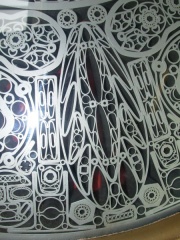 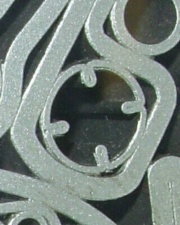 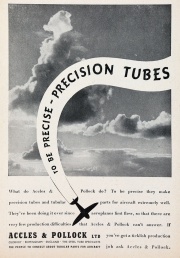 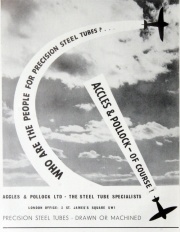 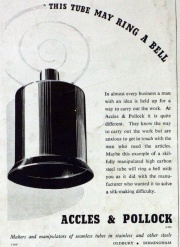 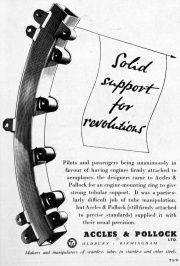 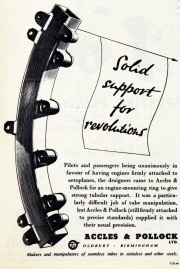 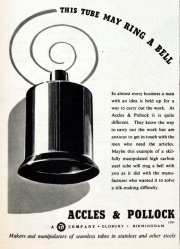 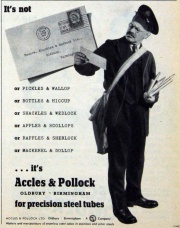 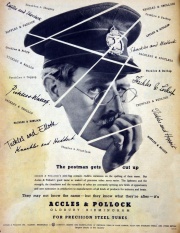 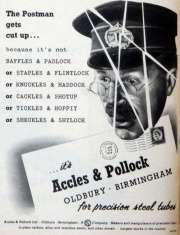 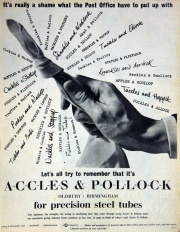 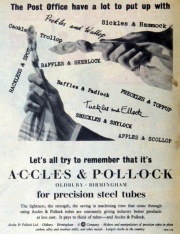 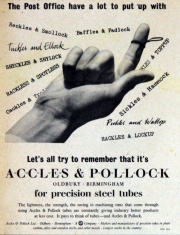 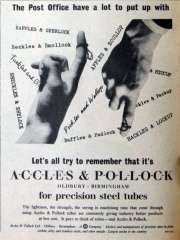 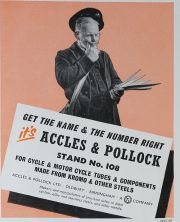 1960. Issued by the National Coal Board. 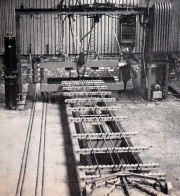 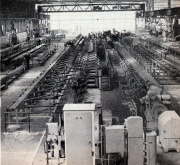 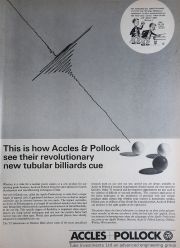 Many leading bike builders in the UK during the 1930s, '40s and '50s, preferred to use Accles and Pollock tubing as it was air hardening, unlike the manganese-based Reynolds product which was not. Air-hardening tube-sets actually become stronger when brazed, unlike the normal steel tubing sets, such as 531, which are weakened by heating. Air hardening products were not introduced by Reynolds until well into the late '90s, and are now being marketed to cyclists as the latest thing in steel. Accles and Pollock's Kromo tubing was used by Hobbs of Barbican, Rattrays of Glasgow "The Flying Scot" and Thanet in their "Silverlight" model.

1900 A new company Accles Turrell Autocars was registered to implement an agreement to acquire the business of motor car and motor cycle manufacturers carried on at Holford Works under the style of Accles-Turrell; the first directors appointed were J. G. Accles, Charles McRobie Turrell, Thomas Pollock and Joseph P. Bedson [2].

1900 The Accles works were advertised for sale by order of the High Court [3].

1901 The name of the company (presumably Accles Tube Syndicate) was changed to Accles and Pollock, after financial backing was provided by Mr. Tom Pollock[4].

1910 Accles and Pollock built the world's first all-metal aircraft, the Mayfly, in their Oldbury factory, using a steel tubing structure.

1939 Exhibit displayed at New York World’s Fair (see photos), an astonishing demonstration of Accles and Pollock’s range of tubing and their ability to manipulate tubes (note the internal fins in the third 1939 photo), not to mention the maker’s ability to fit everything together perfectly in the case! Now on display at the Black Country Living Museum

1963 The company's stainless steel interests were incorporated in T.I. Stainless Steels together with Talbot Stead Steels and Chesterfield Tube[16].

1996 TI sold the company to the Hay Hall Group.

1998 Sold to the Senior Engineering Group.