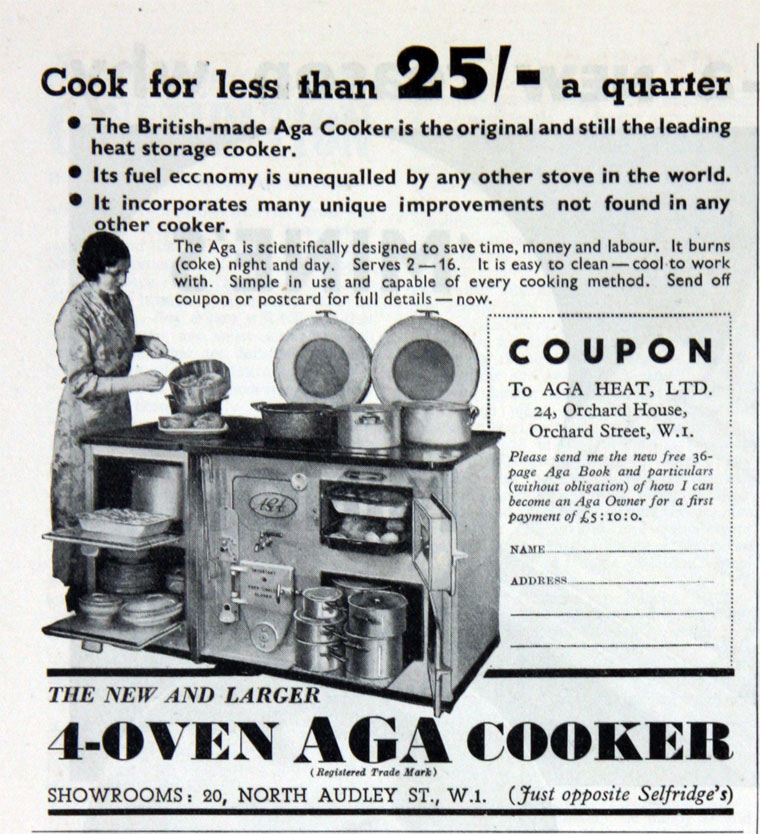 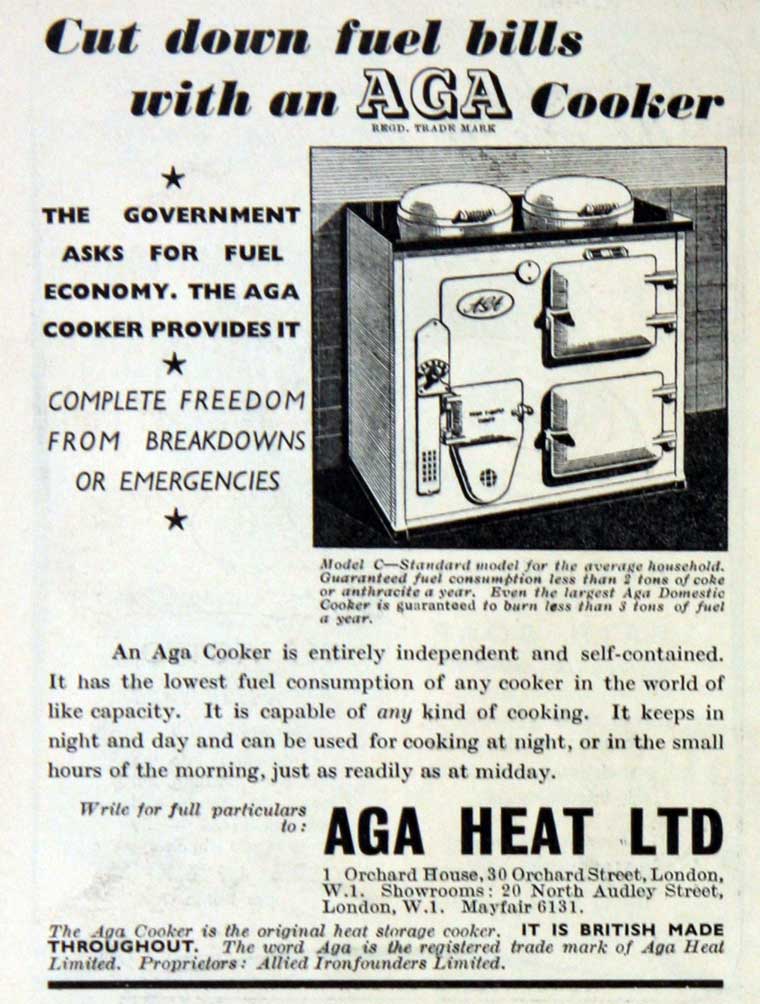 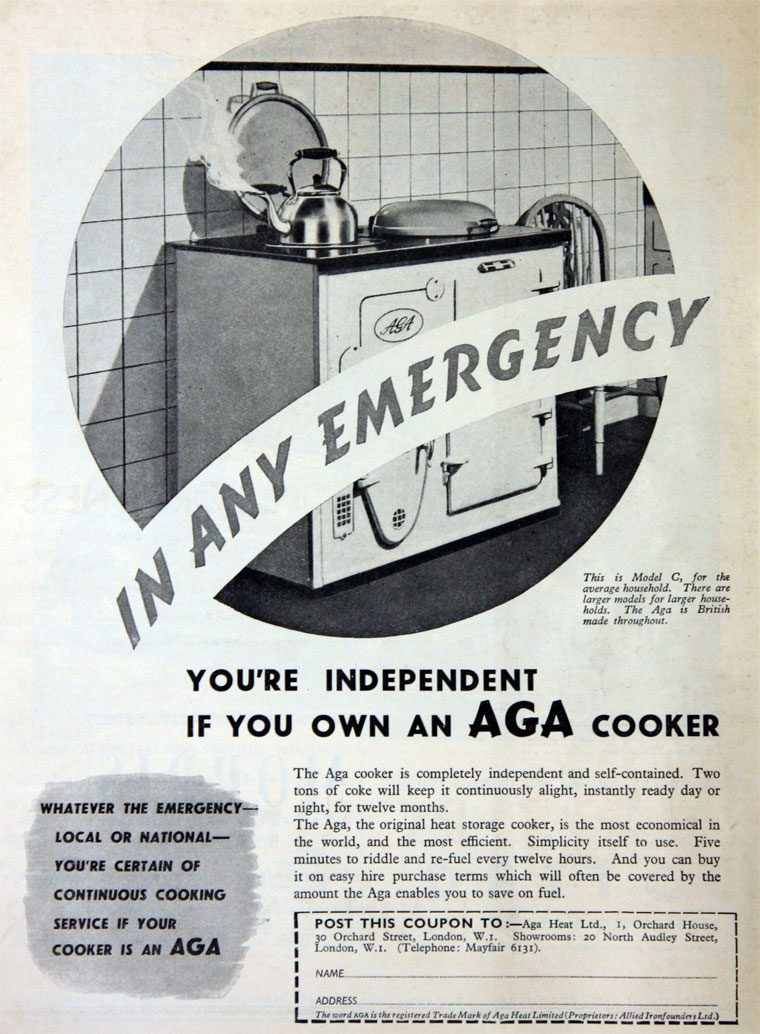 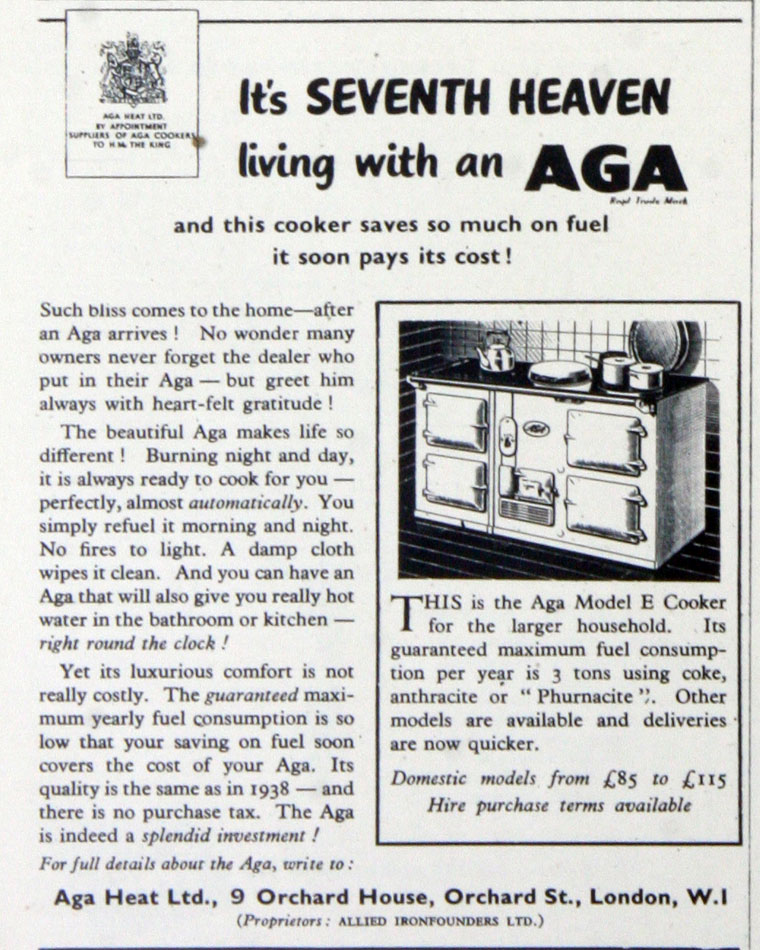 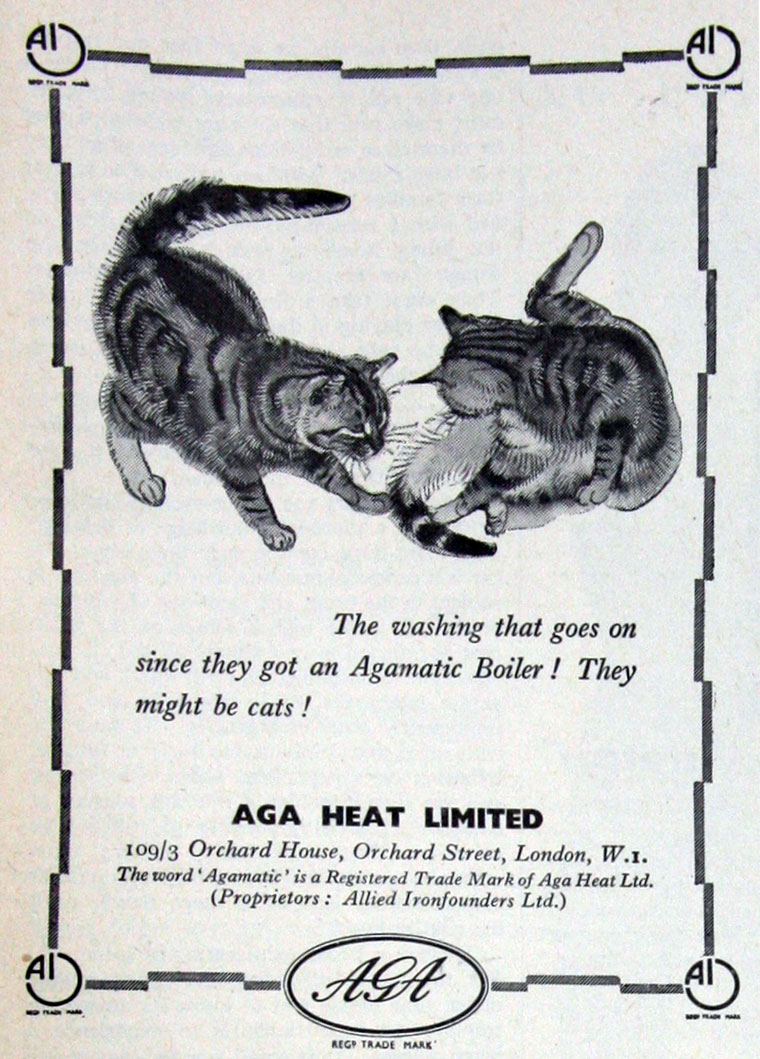 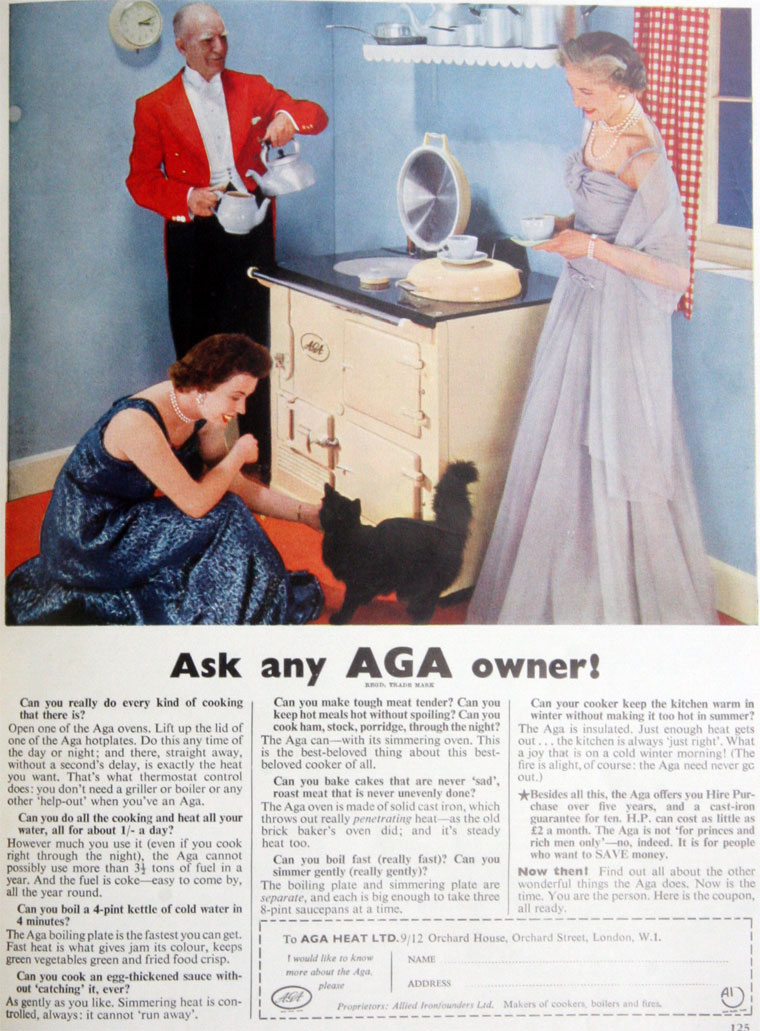 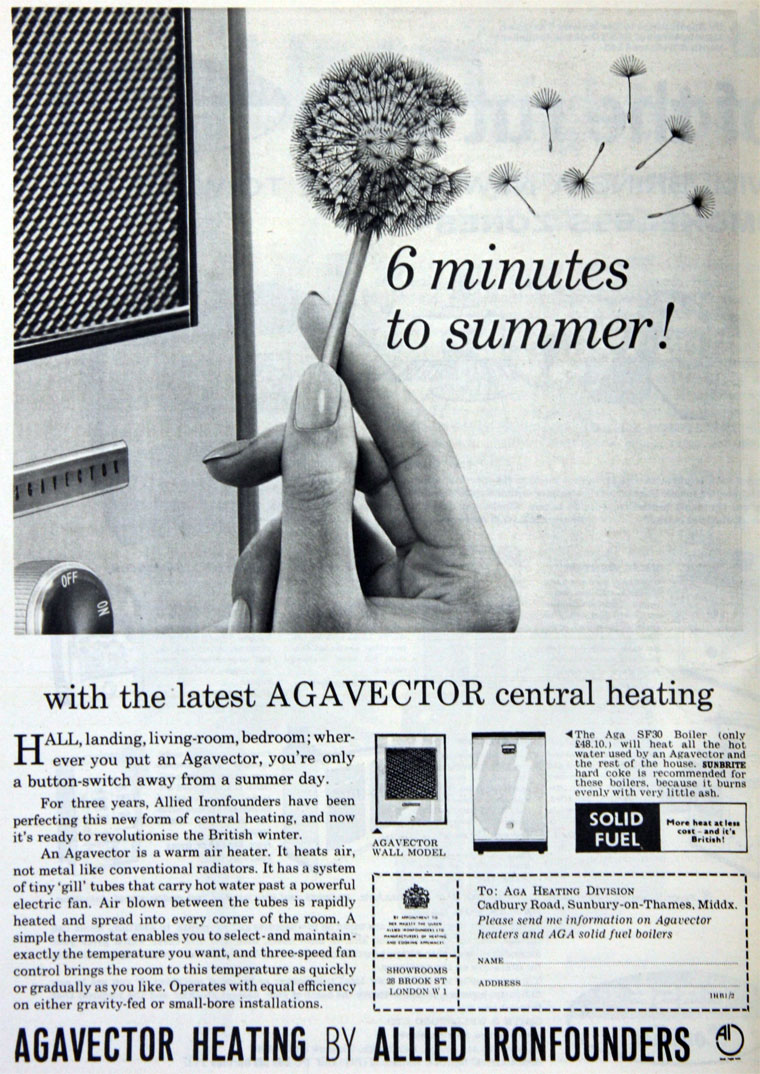 1929 The AGA Cooker came to Britain when it was marketed under licence from AGA in Sweden and was sold through Bell's Asbestos and Engineering Works in Slough.

The awareness-advertising in the new marketplace was factual, moving toward extolling the low running costs of an Aga and the existence of an innovative finance scheme. Launching a new product in the Depression was a bold venture, but there was also the advance of a new era of innovation and Art Deco reigned supreme with its linear decorative designs evocative of modern technology with curved surfaces and geometric patterns.

1929 Manufacturing took place at a factory in Smethwick.[1]

1933 Aga Heat Ltd was incorporated to acquire 2 companies concerned with the manufacture and sale of Aga appliances - Bell's Heat Appliances and B. H. A. Production

The Graham Land Expedition Team took an AGA cooker to the Antarctic where it served them for the next three years.

1937 Listed Exhibitor - British Industries Fair. A complete range of the latest Aga Heat Storage Cookers for domestic and catering requirements are exhibited. Particular attention is drawn to the new Aga Boiler for Domestic Hot Water. (Stand Nos. B.609 and B.508)

1947 The majority of manufacturing was moved to the Coalbrookdale foundry in Shropshire.[4]

1956 AGAs became available in a range of colours in addition to the standard cream.

By 1957 All production had moved to Coalbrookdale. Further new models were being introduced featuring chrome-plated lid domes

1964 Use of solid fuel declining. The first oil-fired AGA cooker was introduced

1968 The first gas model was introduced. The black lozenge logo was introduced and the range of colours palette was further extended.

1975 The design of the EL2 AGA cooker moved away from the heat-storage principle; it looked more like a conventional cooker.

1985 The first electric AGA range cooker was introduced, for the first time no flue was required.

2001 After much of the Glynwed company was sold, the remaining part was renamed AGA Foodservice Ltd[7].

2011 Introduction of the first fully programmable AGA cooker, including an on/off switch.