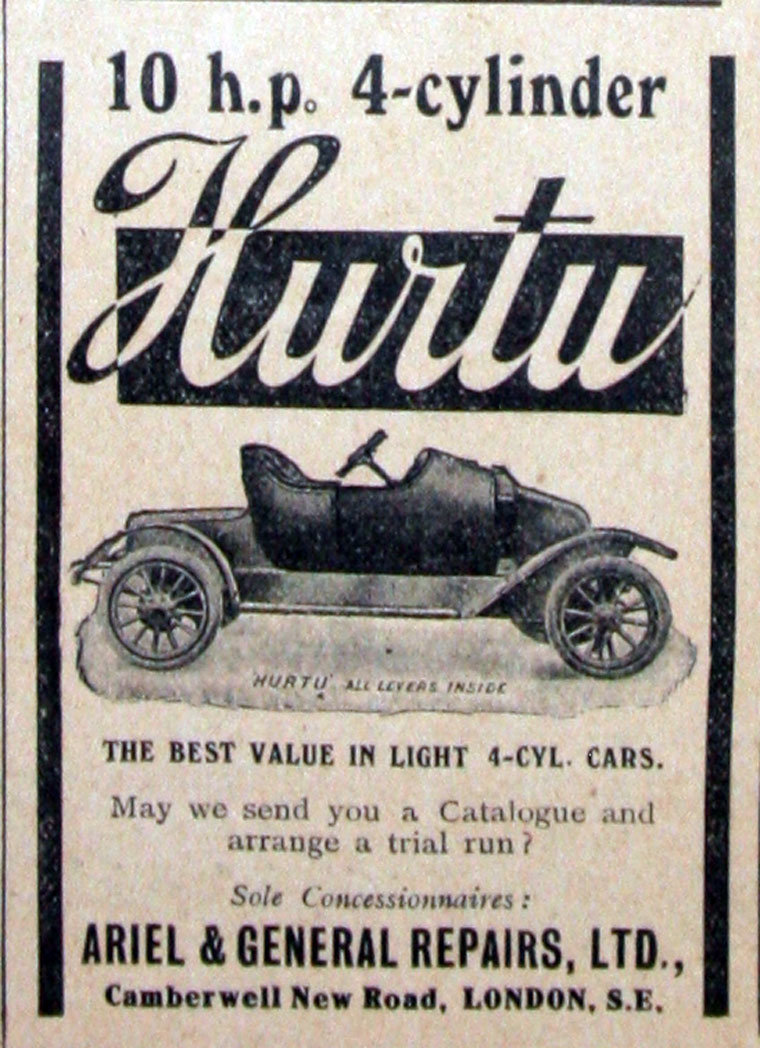 Ariel and General Repairs Ltd, of New Camberwell Lane, London, were sole concessionaires for the Hurtu motorcar between 1911 and 1915.

The company offered a 10/12 hp 1,540 cc four-cylinder model based on the French Hurtu, a marque for which they were agents; the chassis price for this was £255 or £315 for an open two seater.

1911-12 Made the AGR automobile which was in many aspects the same as the Hurtu although longer.

1916 At a meeting of Ariel Motors Ltd held at 322, Camberwell New-road, it was agreed that

".. the Company approves of the proposed sale of all the undertaking and assets of the Company to Ariel and General Repairs Limited in consideration of the Allotment and issue to this Company or its nominees of 850 fully paid Ordinary shares of Ariel and General Repairs Limited, and instructs the Directors to take all steps necessary for carrying such Sale into effect."[1]

c.1917 Became Ariel Motors and General Repairs who were agents for Ariel Works.