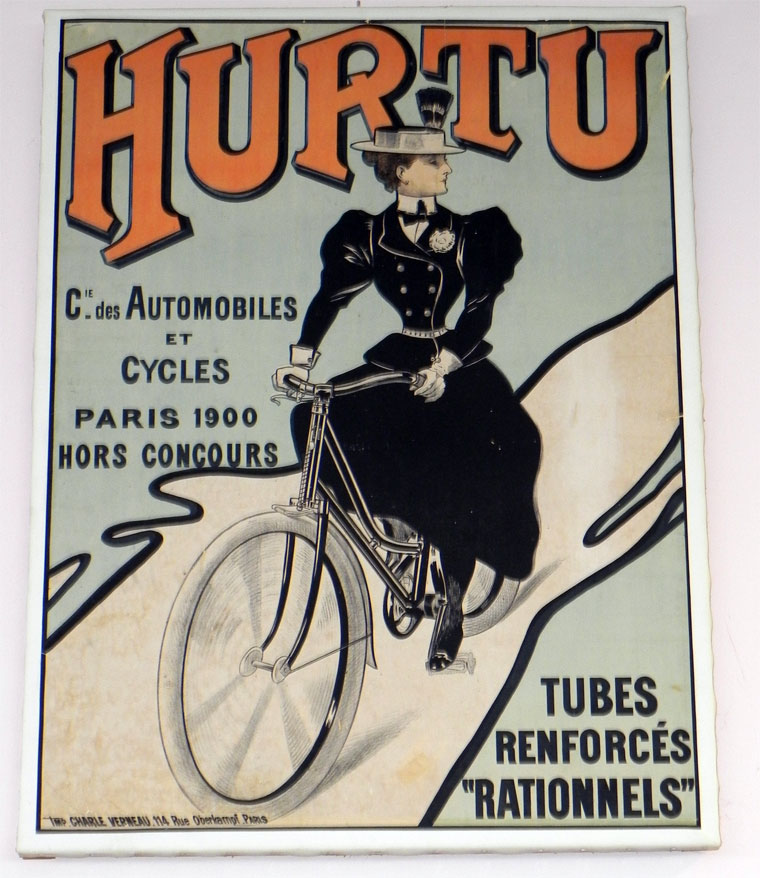 Hurtu, Hautin et Diligeon was established in the northern French town of Albert in 1881 to make sewing machines.

Production of machine tools soon followed, together with the manufacture of bicycles.

The firm's cycle experience had in 1897 brought it the contract for the mass production of the tubular-framed 3-wheeler Leon Bollee voiturette and in 1898 Hurtu made the first 4-wheeled cars of its own design that were closely based on the layout of the then popular Benz Velo.

Licensed manufacture of this vehicle was taken up by Marshall and Co of Manchester, who subsequently went on to make Belsize motor cars.

They were imported by Ariel and General Repairs