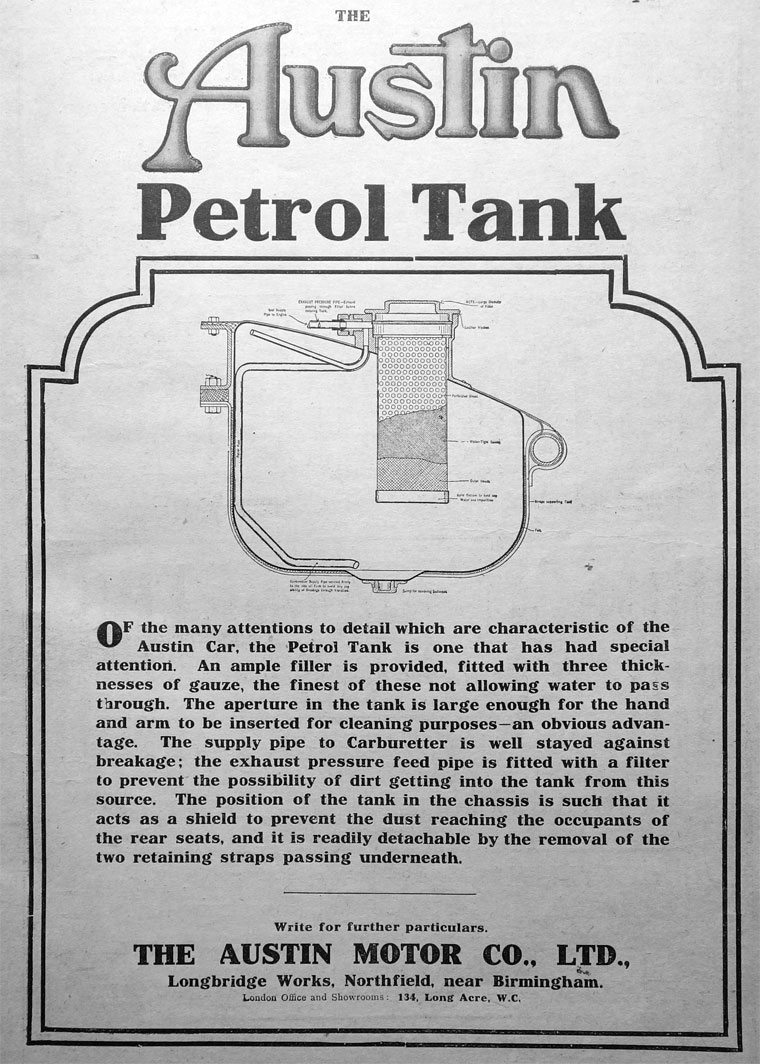 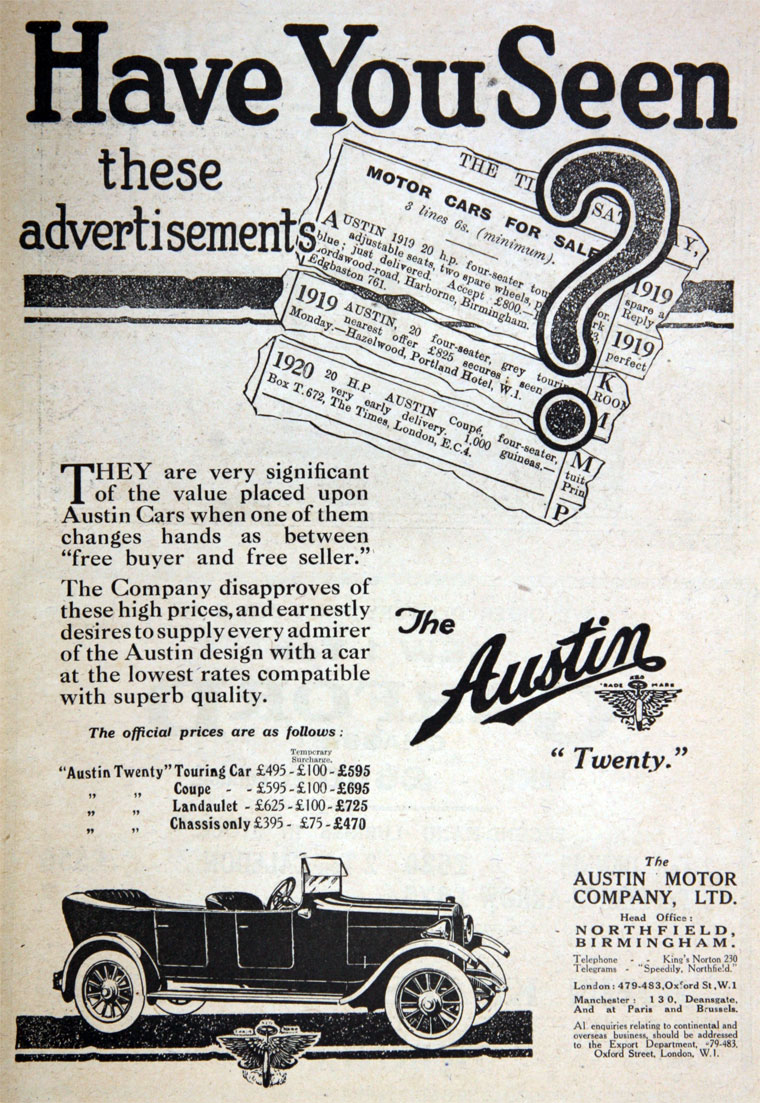 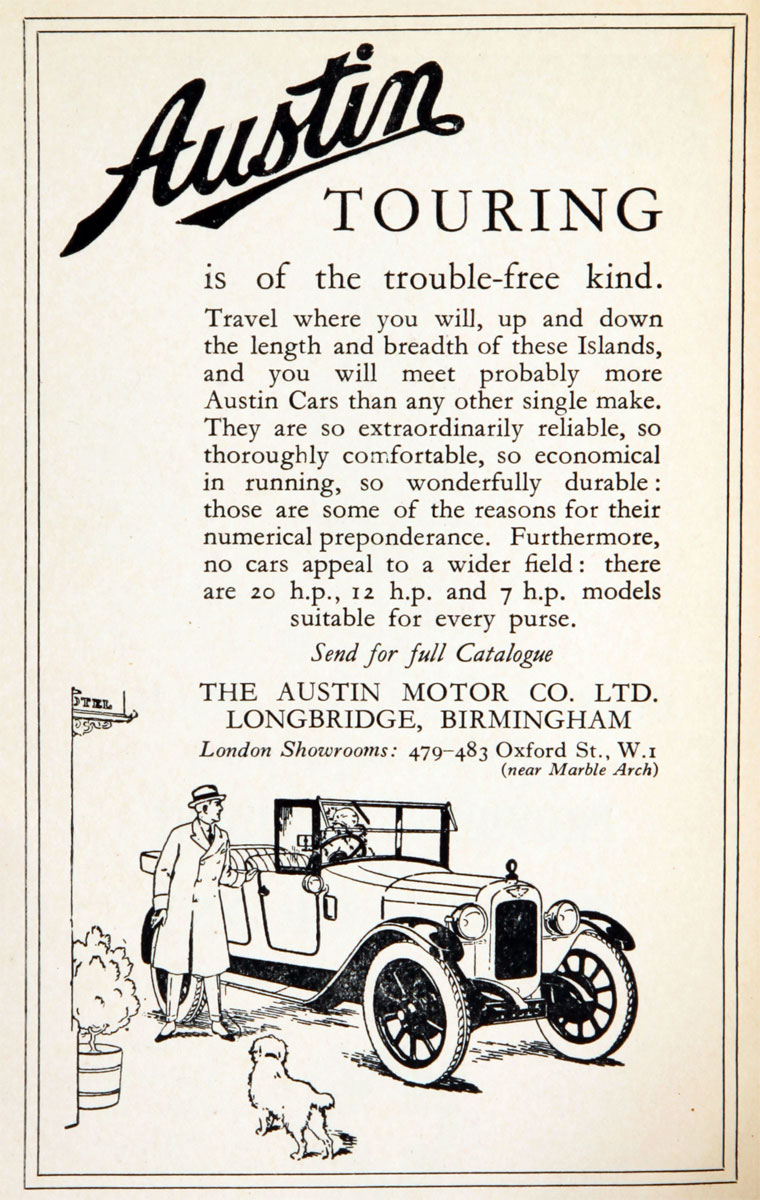 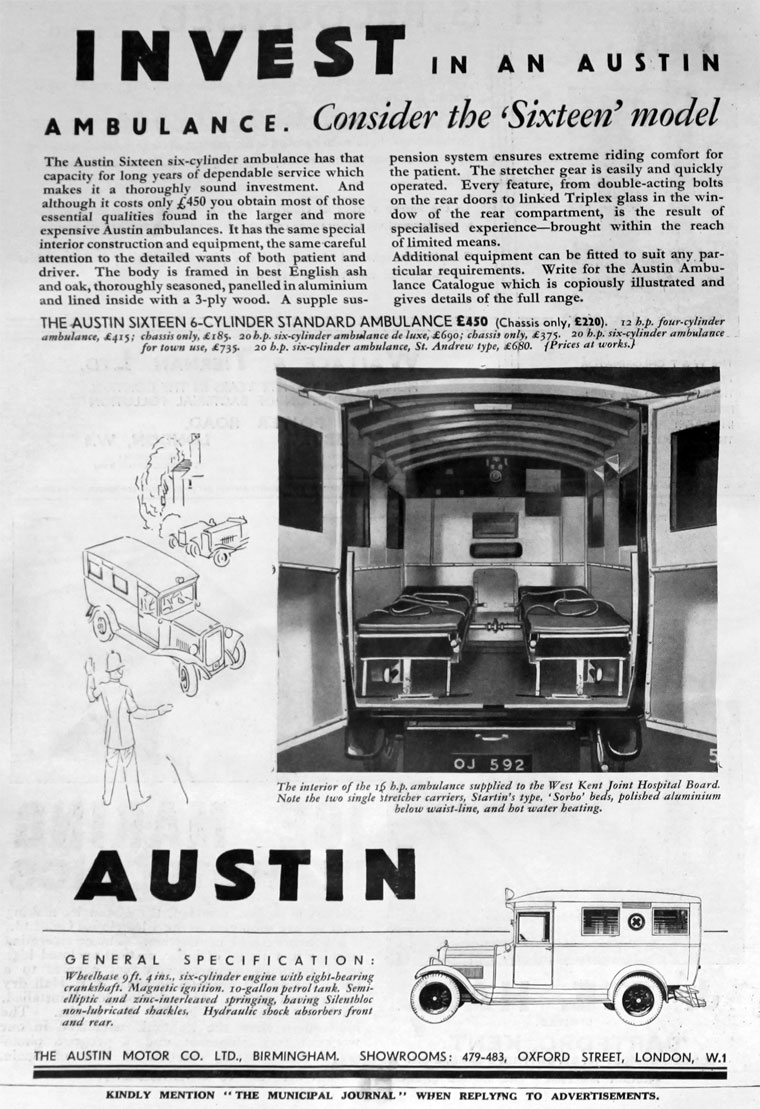 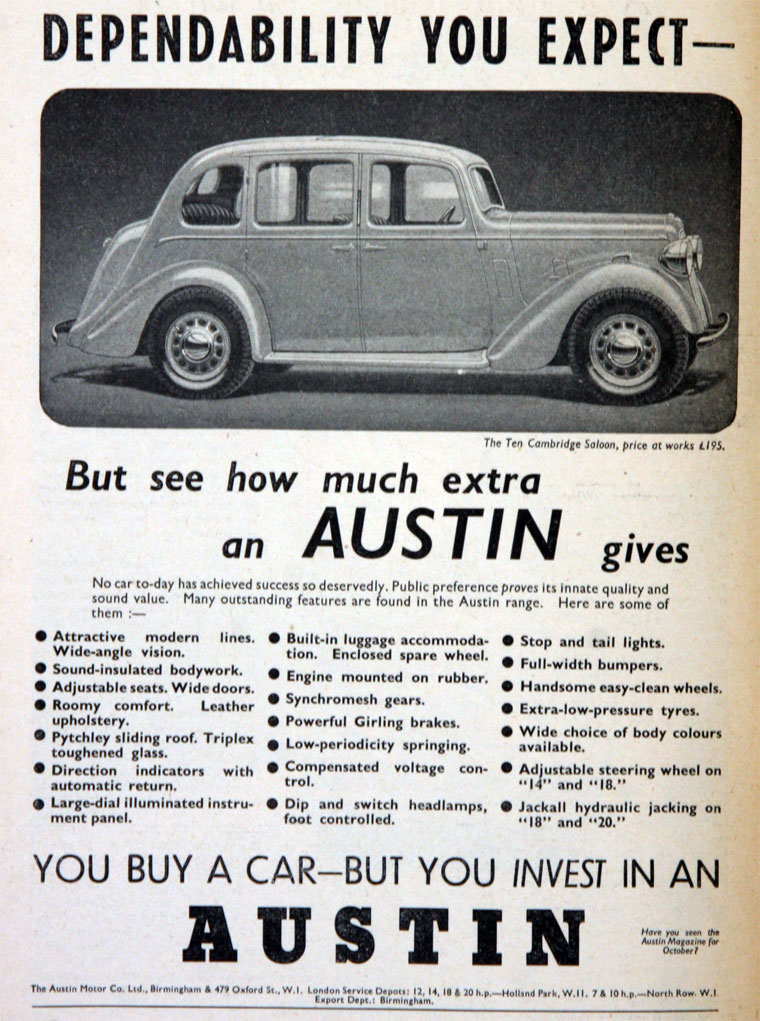 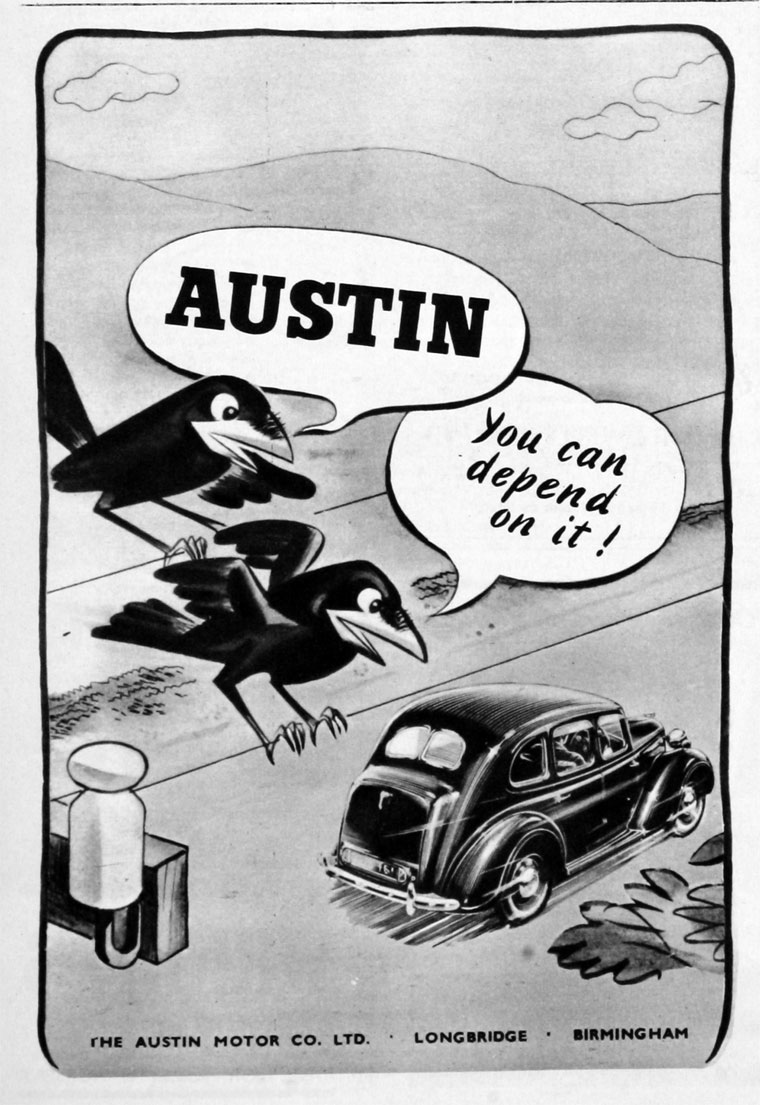 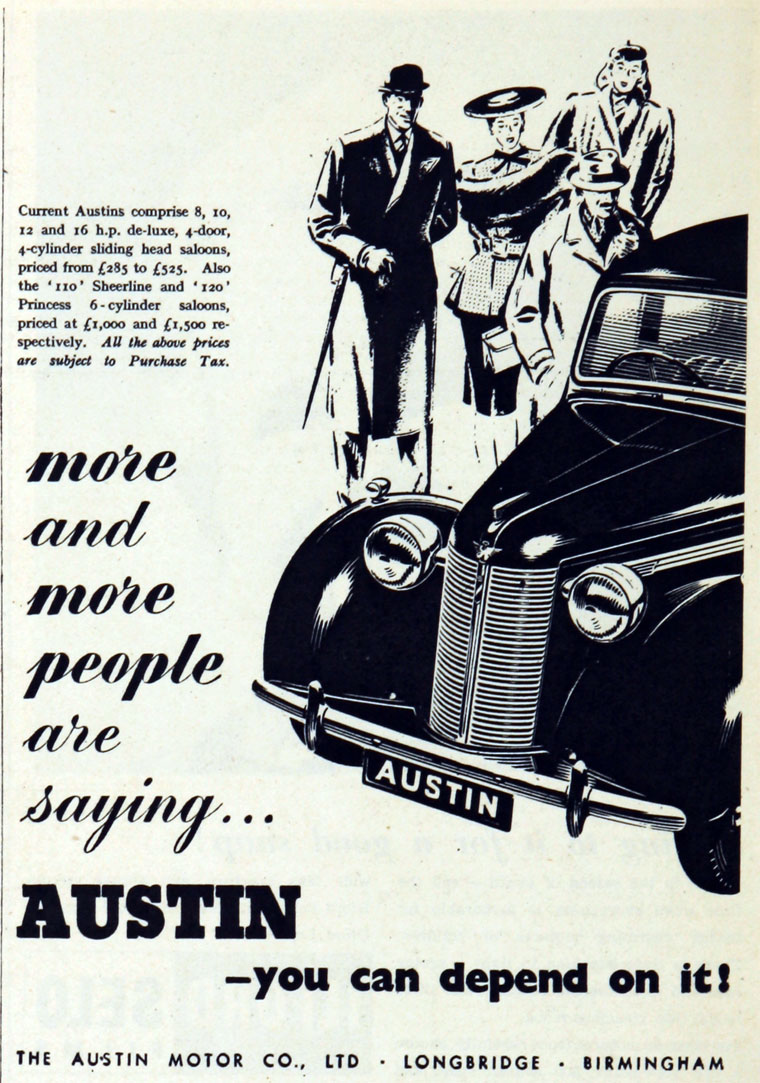 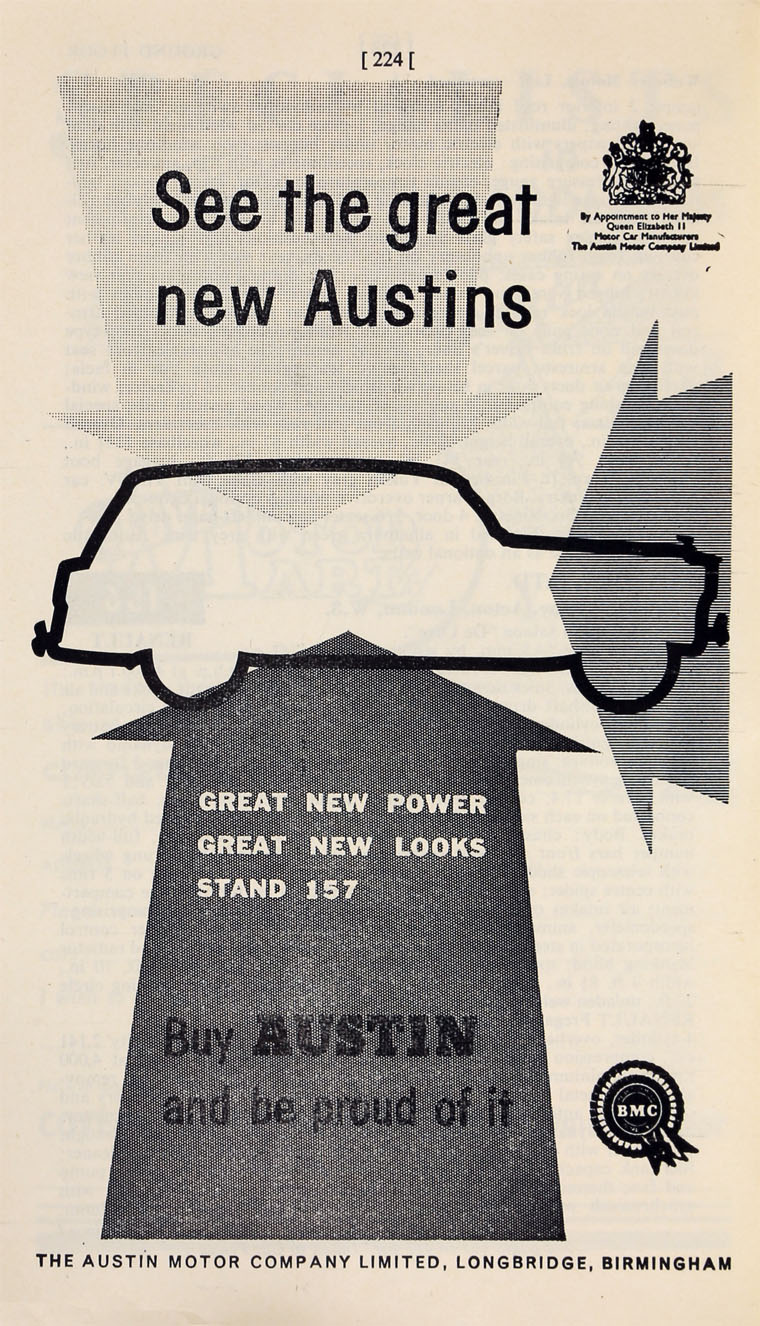 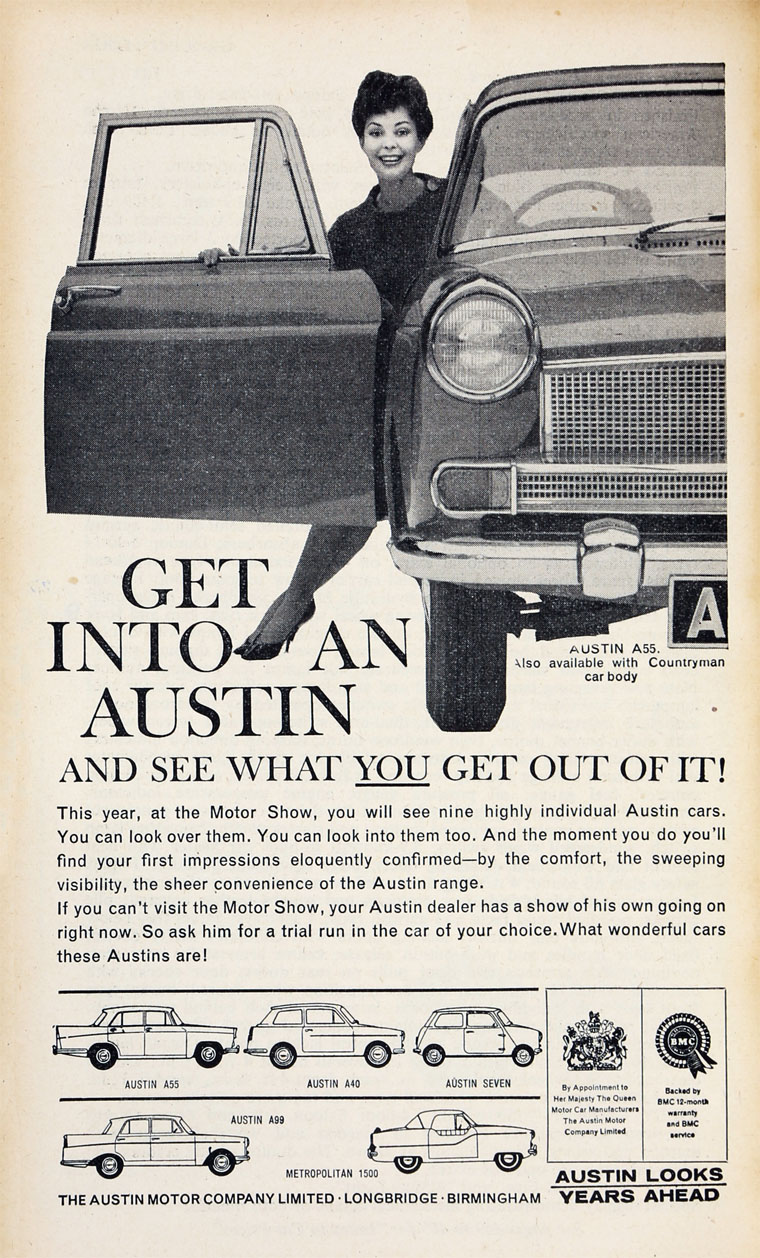 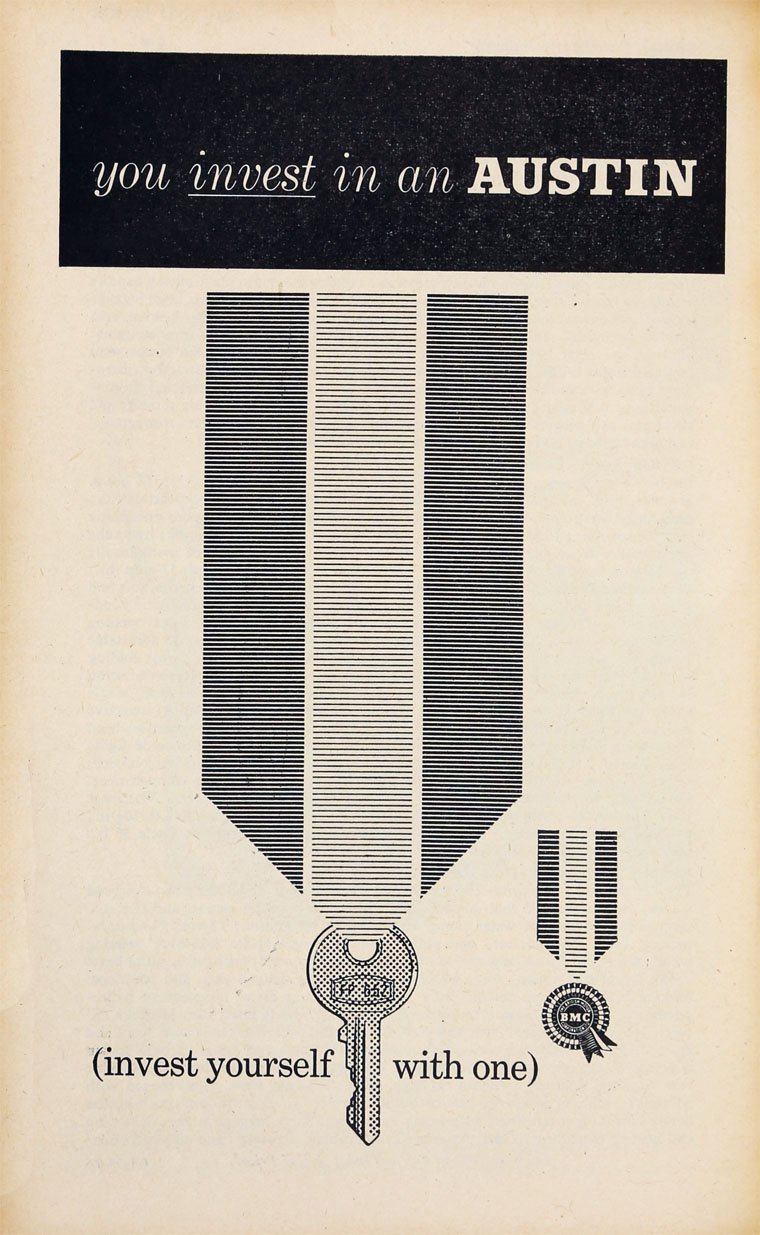 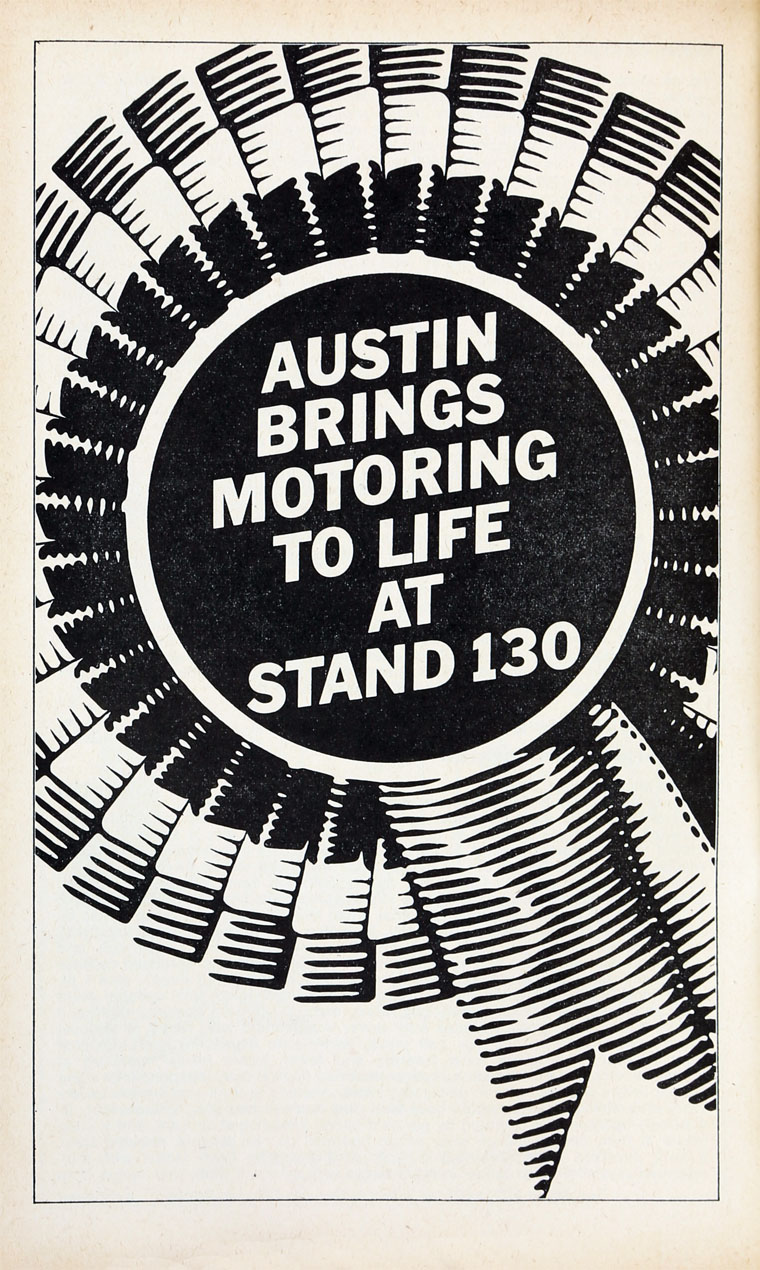 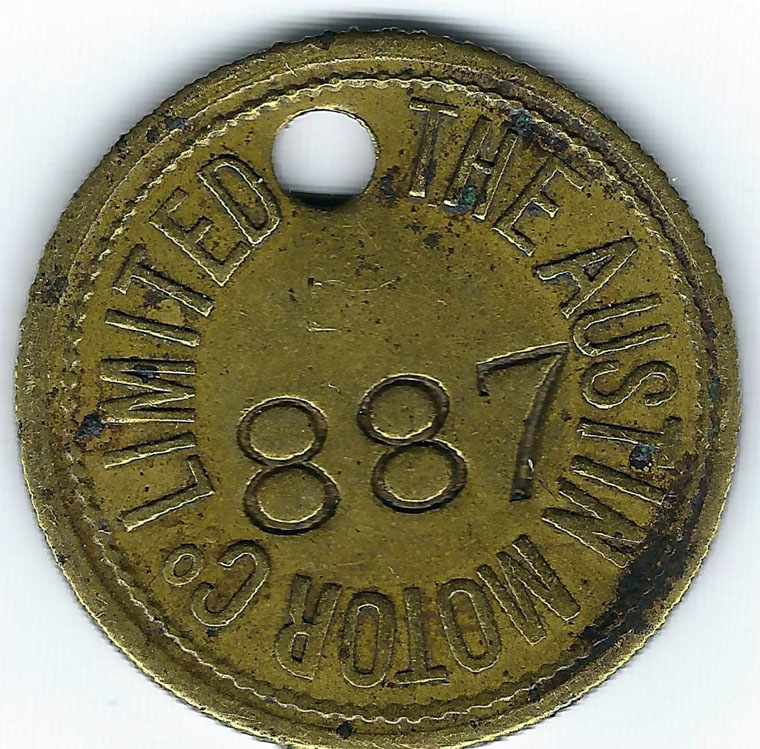 The Austin Motor Company of Longbridge Works, Birmingham was a British manufacturer of cars and lorries from 1905.

Foundation of the Company

1905 Herbert Austin (1866–1941) left the Wolseley Tool and Motor Car Co and founded the company and was joined by A. J. Hancock from the same company and by Alfred Vincent Davidge and Bobby Howitt. All three men remained with the company until Austin died in 1941. Herbert Austin and Frank Kayser held the initial shares.

1906 January. Purchased old White and Pike factory at Longbridge on a 2.5 acre site with an additional 8 acres.

1906 Produced the first car under the Austin name. In their first full year of production they made 120 vehicles and employed 270 persons

1914 Became a public company called The Austin Motor Company (1914) Ltd. Directors and subscribers were Herbert Austin, Harvey Du Cros, Kayser, Albert Ball and H. Marks got 250 preference and one ordinary share each; F. S. Goodwin and P. H. Carter had one ordinary share each. Turnover was £400k and they had 2,000 employees producing around 1,000 cars a year. [3]

1914 The company turned its resources to the war effort. Received a contract from the Russian government valued at £500,000 for 48 armoured cars, 18 equippen workshop vans, 16 20hp tank wagons, 8 binned spare parts lorries, 140 ambulances and 100 2-3 ton lorries. It was completed and shipped in three months.

1914 Started building new works (the North and West with the existing being referred to as the South) for the building of munitions.

1915 October. Bought Walker Horrocks and Co for their three patents dated 1909 for lighting sets for houses.

1915 John Dudley North joined as superintendent of the aviation department; constructing RE 7 and RE 8 aircraft[6]

1916 July. Work on the North works situated on the Birmingham side of tyhe railway line commences with the machine shop completed by December and the forge in the following March

1916 December. Work on the West works situated on the opposite of the Bristol Road commences

1918 Early in the year 10,000 men went on strike for a month over the removal of Arthur Peacock

1918 Harvey Du Cros and R. G. Ash elected to board of directors

1919 Decide on a one model policy and produced the Austin Twenty. This enabled the same engine to be used for tractors and lorries

1921 April. Arthur Whinney was appointed receiver and manager of the business

1922 The Baby Austin was launched in 1922 and offered for sale at £225 putting it within the budget of customers who had never owned a car. Output of the Baby Austin reached 25,000 annually by 1925; the price was reduced each year. The company was the largest car factory in the UK with more than 58 acres of floor space.

1924 May. Entered talks about merging Austin with Morris and Wolseley but the talks failed mainly due to the reluctance of Morris who were the most profitable of the companies by some considerably amount

1925 Formed Austin Electric Co to continue the business they had been developing based on the purchase of Walker Horrocks and Co in 1915.

1928 The sales manager Sammy Holbrook left the company and Herbert Austin took over leadership of the sales function. Rootes lost the London and Home Counties dealership to Car Mart and the Austin showrooms in Oxford Street. George Heath lost the Birmingham area, which was then handled direct from Longbridge

1938 Leonard Lord joined the company board from Morris

WWII Produced over 2,500 fighters and bombers to the RAF, including Balltes, Spitfires, Hurricanes, Stirlings and Lancaster.

1946 On the death of Payton, Lord became Chairman of the company

1950 Introduced the Loadstar 2 and 5 ton trucks