Grace's Guide is the leading source of historical information on industry and manufacturing in Britain. This web publication contains 138,250 pages of information and 223,616 images on early companies, their products and the people who designed and built them. 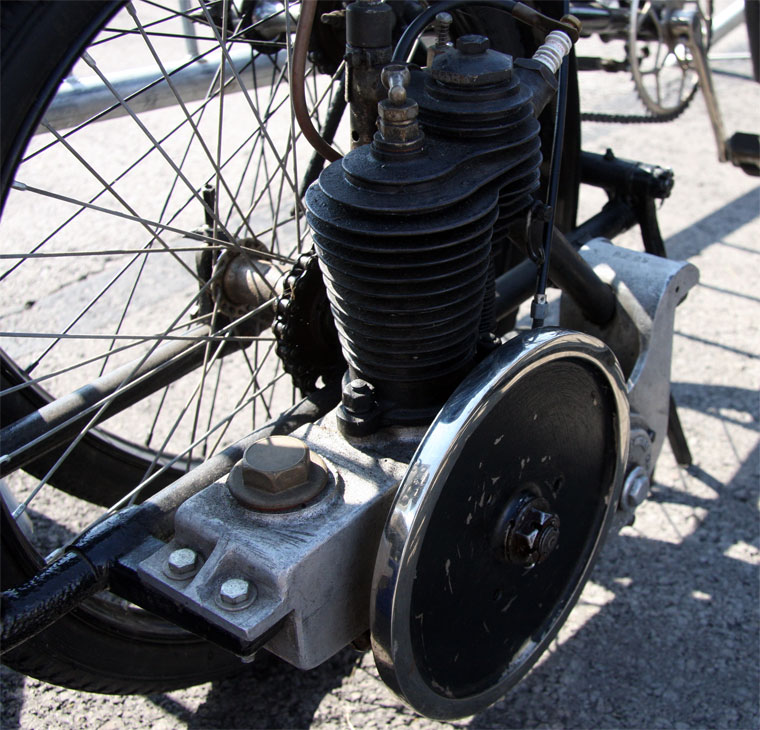 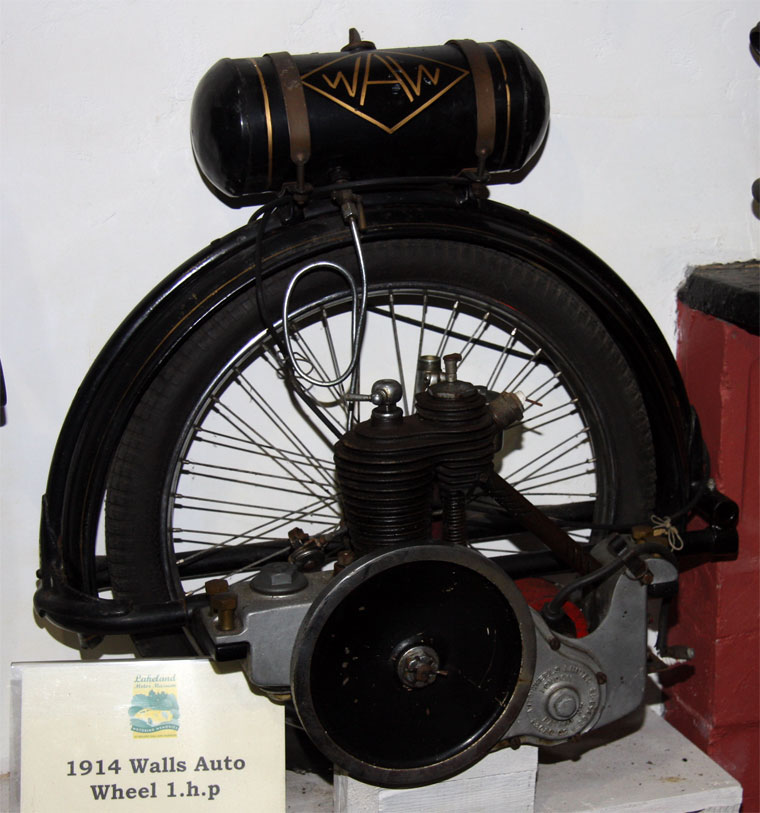 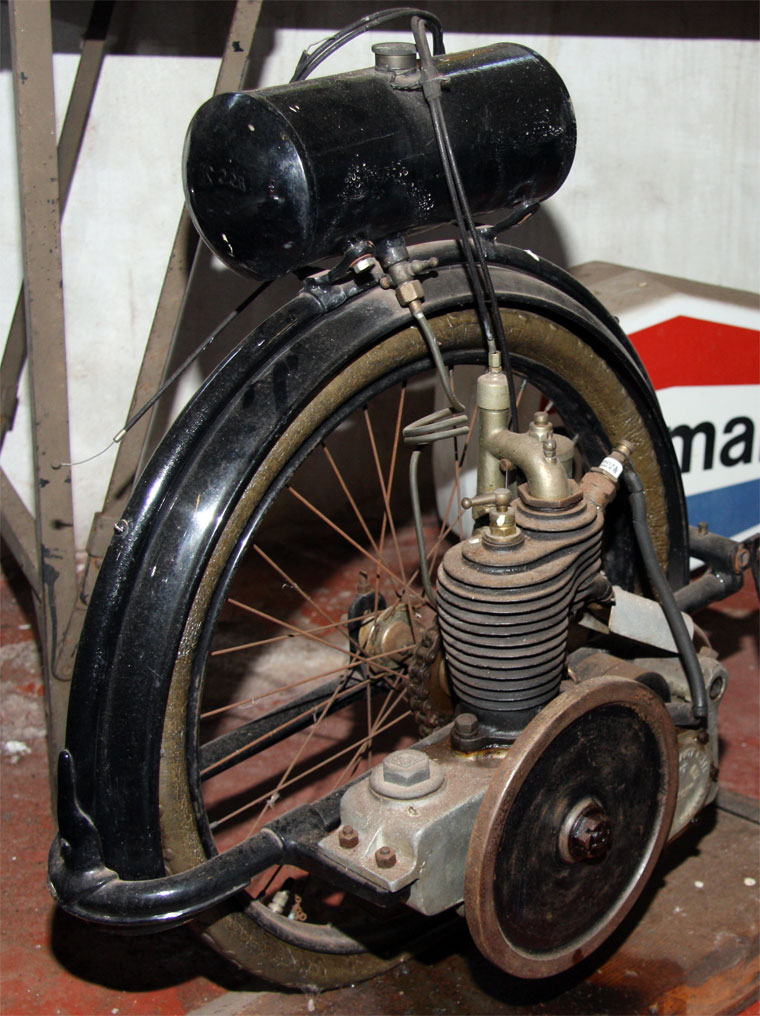 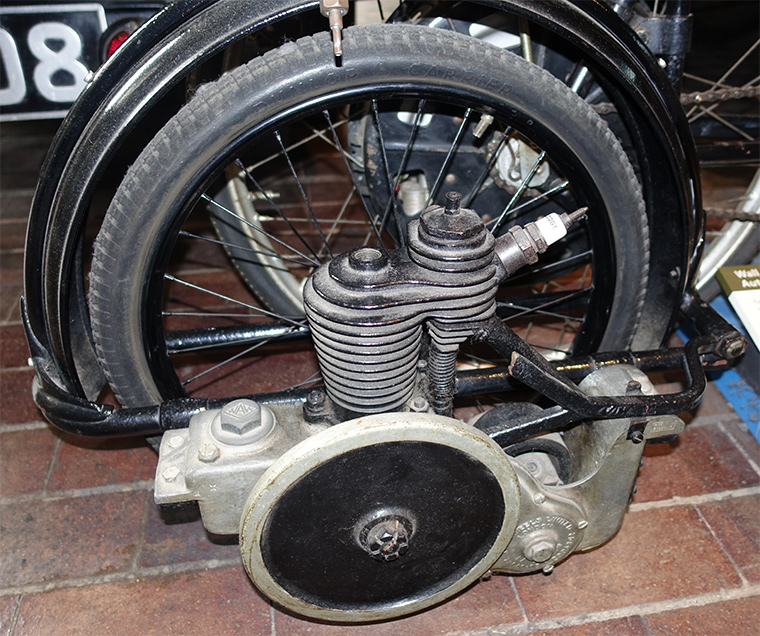 1910 The Wall Auto Wheel appeared as an attachment that fitted to the right side of a bicycle rear wheel. It incorporated a 1.75 two-stroke engine with a Bosch magneto. The mudguard was formed to act as the petrol and oil tanks, and two flexible clamps secured the wheel to the bicycle and acted as crude shock-absorbers.

1911 The Auto Wheel now had a 110cc flat-twin two-stroke engine, with a vertical crankshaft and magneto above, and flywheel below the crankcase. A spiral gear appeared and this was followed by a bevel gear.

1912 The final form of the design was produced, with a vertically mounted 1hp four-stroke engine.

1914 As the unit was made for Wall by BSA, some were sold as the BSA auto wheel de luxe, and one was fitted between the rear wheels of a tricyle.

1914 The A.O. Smith Corporation of Milwaukee, Wisconsin acquired the U.S. manufacturing rights to the Wall Auto Wheel and produced their own version for use on bicycles, and later added a wooden-framed buckboard car that they called the "Smith Motorwheel". Briggs and Stratton later bought the rights to Smiths adaptations of Wall’s designs in 1919 and continued manufacture until 1924

1920 At least three firms were using the unit as the motive power in the manner of the early Singer.

1921 Late that year the Auto Wheel Motorette appeared with the rear wheel powered. It was sold by Gamages of London.

1922 The Auto Wheel was no longer listed after that year.