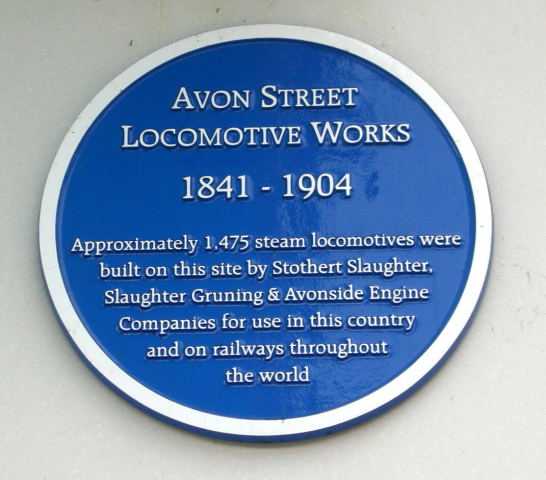 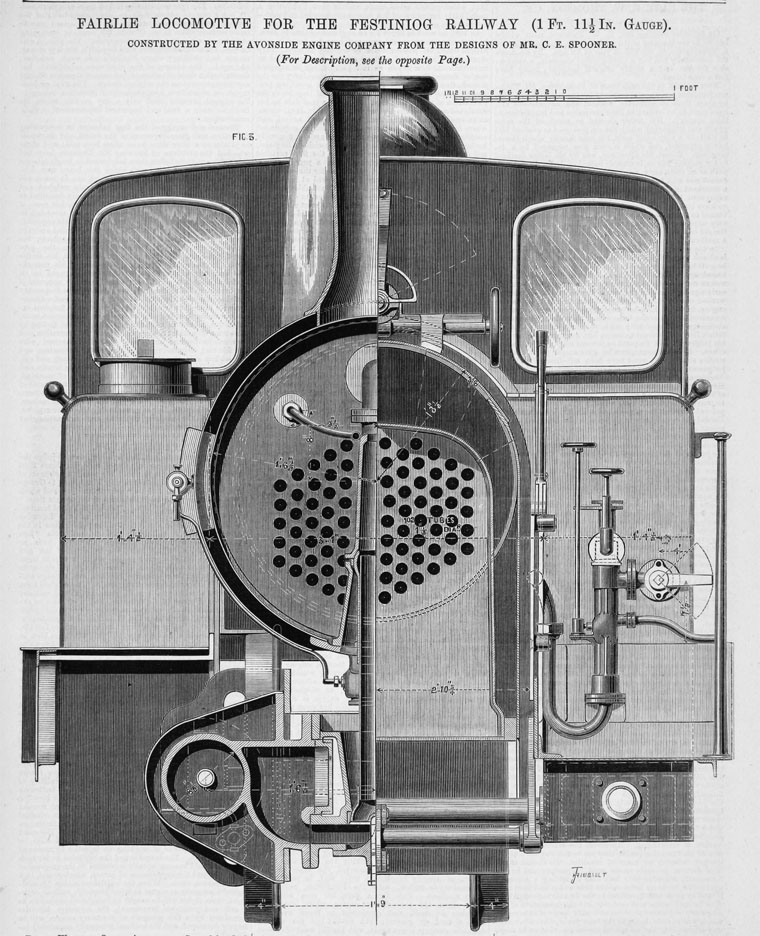 1873. Fairlie Locomotive for the Festiniog Railway from the designs of C. E. Spooner

1873. Fairlie Locomotive for the Festiniog Railway.

1897. Exhibit at the Didcot Railway Centre. 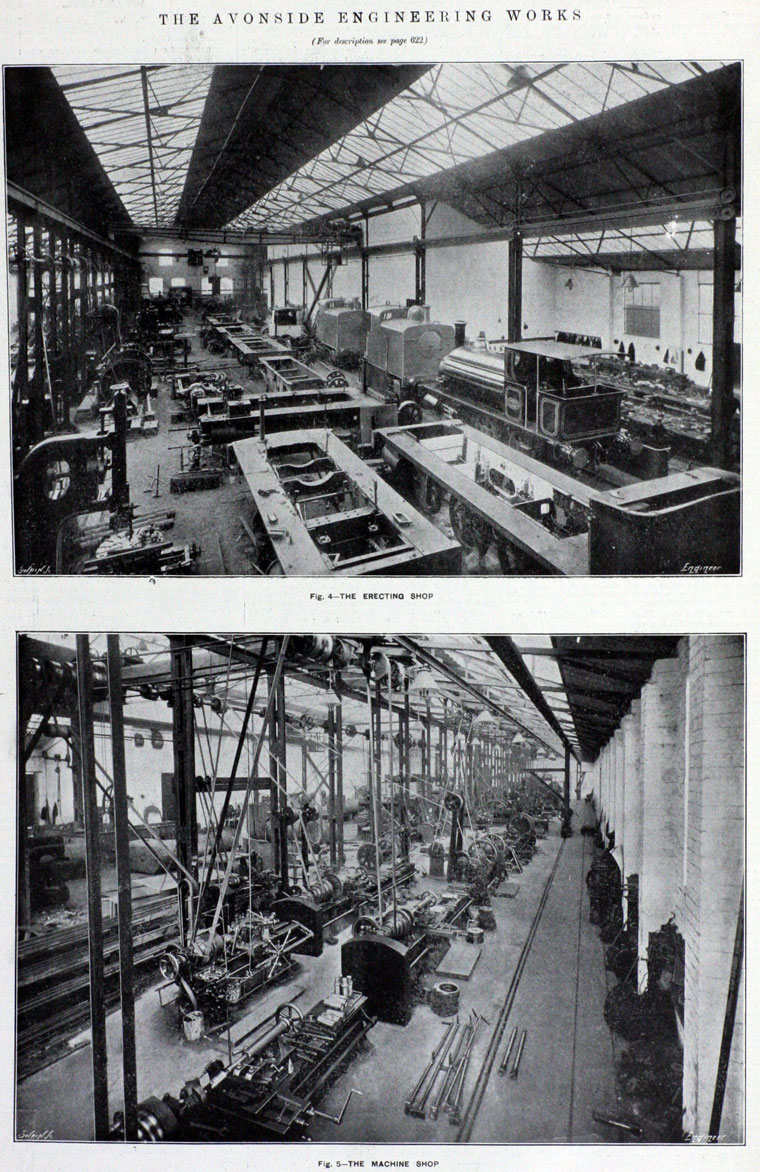 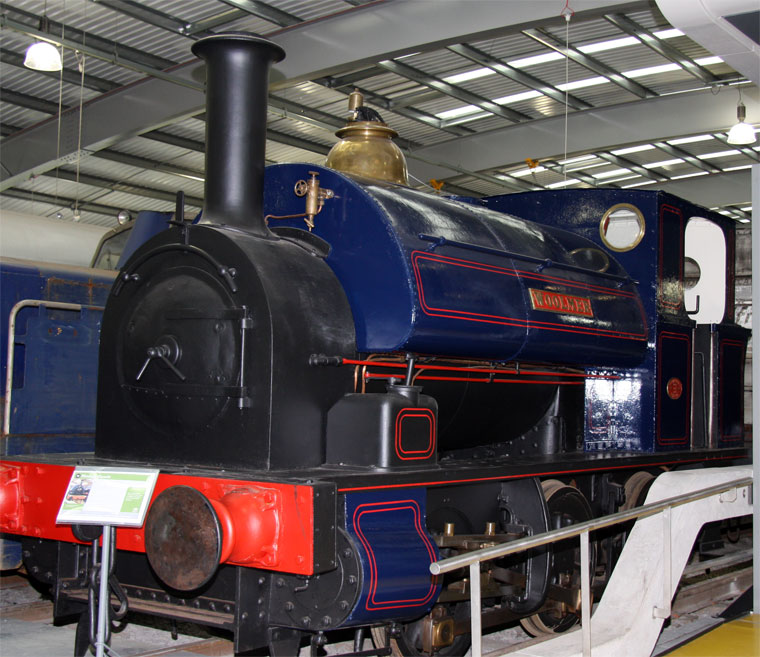 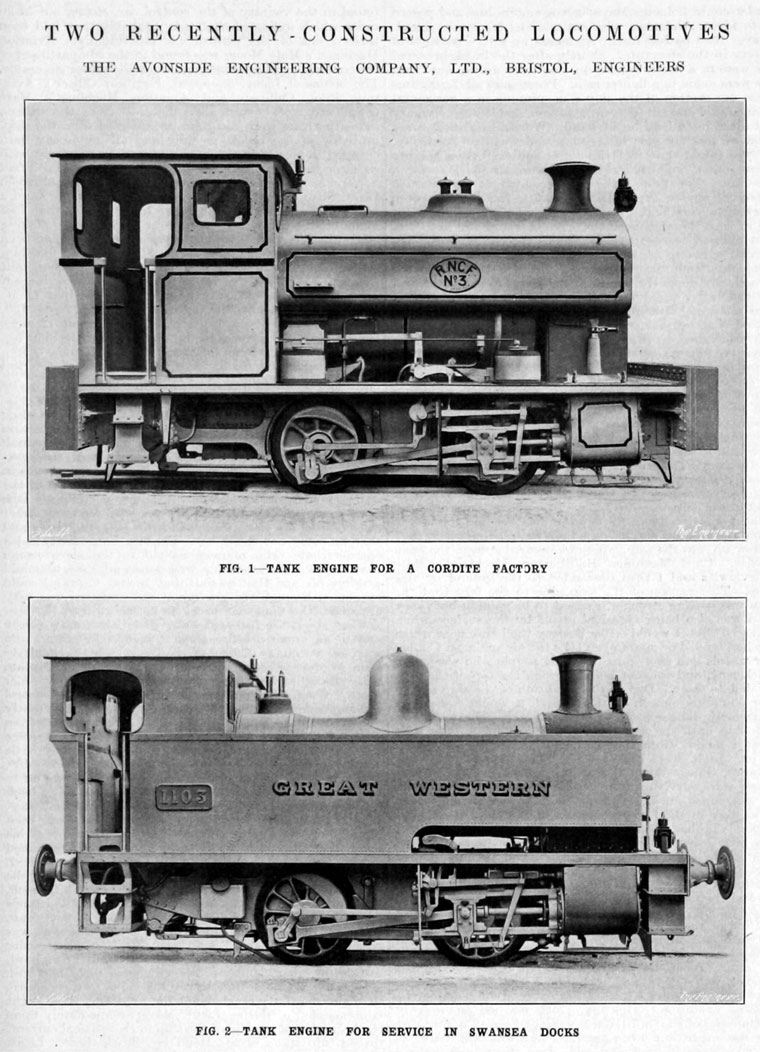 Once they built engines there. Looking north east to Avon Street from a new bridge over the River Avon 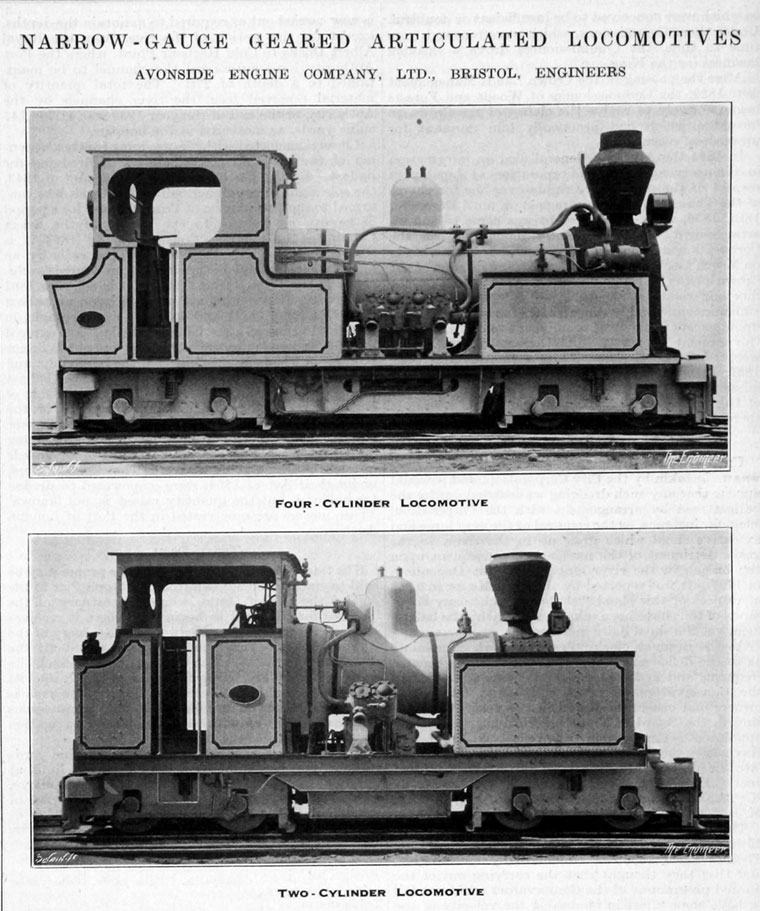 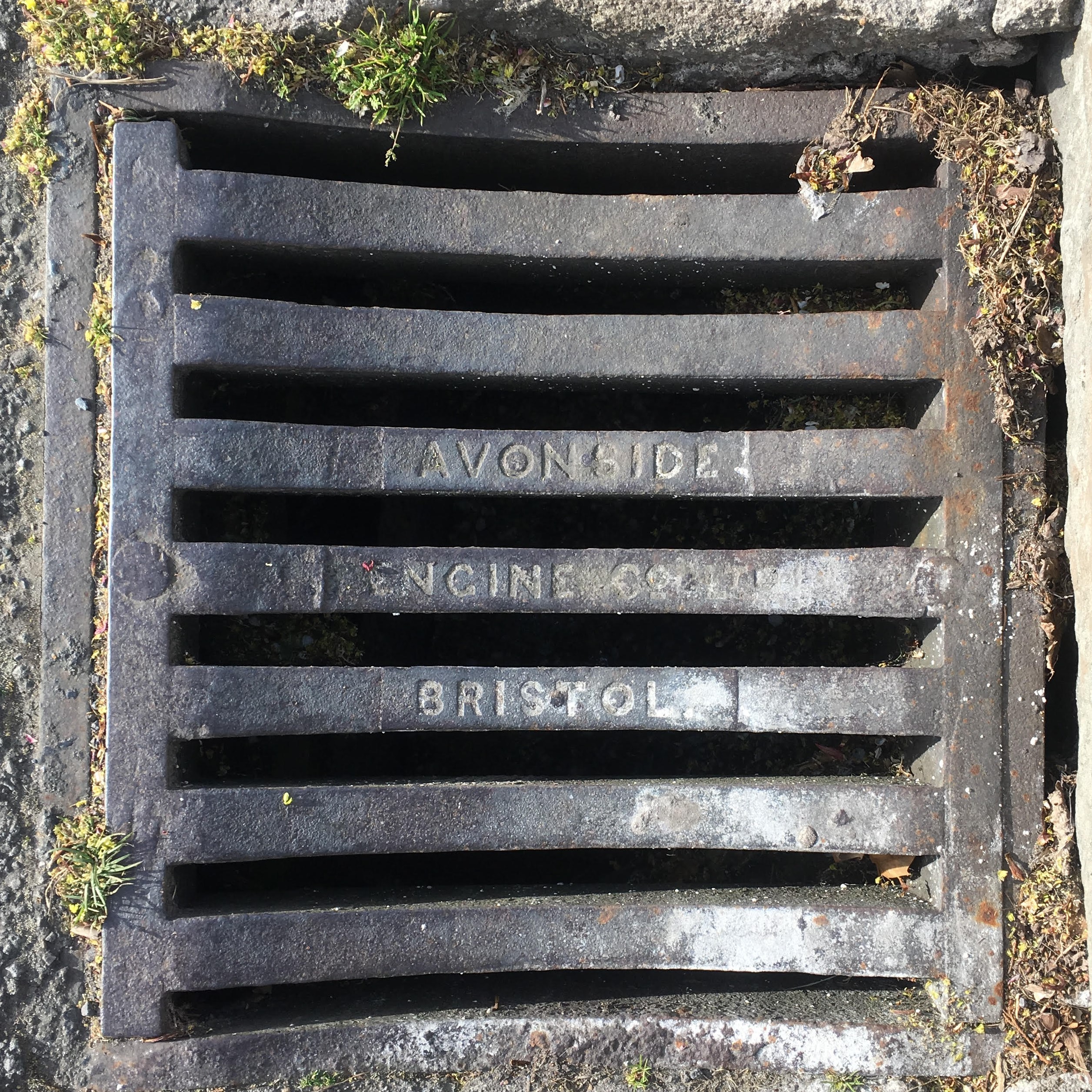 The Avonside Engine Company was a locomotive manufacturer in Avon Street, St. Phillips, Bristol, successor to Slaughter, Gruning and Co.

1864 March. The Avonside Engine Company was formed to take over the business of Slaughter, Gruning and Co. The directors were: John Bates, William Bevan, Henry Gruning, George Edgar Ranking, Edward Slaughter (Managing Director) and Christopher James Thomas. Company purpose is the construction and maintenance of locomotive and marine engines.

The works received a large order (the first from the GWR for some years following the development of the Swindon Works) for twenty 2-4-0 engines with 6 ft drivers.

During the 1860's and 70's the Avonside company built broad gauge and standard gauge engines for a many British companies, large and small but they also built up a considerable export business. Unfortunately detailed company records from this period have not survived. This lack of records is particularly unfortunate in that the company was the largest British builder of the Fairlie articulated locomotive.

1871 Avonside Engine Co took over the rights to the Fairlie designs from Fairlie Engine and Steam Carriage Co.

1872 Amongst the first to be built at Bristol was 'James Spooner' built in 1872 for the Ffestiniog Railway. Although built to the same basic design as the successful 'Little Wonder' built by George England in 1869, it incorporated many detailed improvements and became the prototype for subsequent Ffestiniog Railway engines built in that company's works at Boston Lodge.

1875 the company built four powerful tank engines designed by a Swedish Engineer, H. W. Widmark, to operate on the Fell mountain railway system on the Rimutaka Incline in the North Island of New Zealand. One locomotive is preserved at the Fell Locomotive Museum, Featherston, New Zealand (see photograph). These and two later engines of very similar design built by Neilson and Co handled the entire traffic for eighty years until the opening of the five mile long base tunnel in 1955.

1878/79 on the recommendation of Robert Francis Fairlie Avonside built a class of 21 0-6-4 single Fairlies for the New Zealand Government Railways.

The Avonside company was unusual in that most of its production for over 40 years comprised main line locomotives largely for British railway companies but also for export.

1881-2 The company went into liquidation during a recession in the industry, despite a late surge in export orders. The site was sold to paper maker John Mardon (becoming Avonside Paper Mills, later owned by Smith, Stone and Knight [2])

1882 the northern part of the site was leased to Edwin Walker, of Bristol locomotive manufacturers Fox, Walker and Co, who also bought the machinery, patterns and spares [3]

Edwin Walker endeavoured to turn the company round, but without success. He was forced to liquidate the old company and form a new company with the same name to carry on the same business at the same address.

Over the years, the works had expanded, but latterly the business retrenched to occupy just the northern part of the of the site. Avonside and Mardon's were joined by a third company, Owen, Brazil and Co., who named their building the 'Vulcan Iron Works' [4]

In 1905 the Avonside firm left its historic home at St. Philip's for a new plant at Fillwood Road, Fishponds but still with a small engine policy.

1934 The company closed and the goodwill and designs of the company were bought by the Hunslet Engine Co.

The southern end of the works was on Avon Street. 60 yards south was the Floating Harbour. On the opposite side of the waterways was Bristol Temple Meads station.

The area of the works has been completely redeveloped. The southern part of the site is occupied by the new Ibis Bristol Temple Meads Hotel. Outside the hotel's entrance is a rare and welcome feature - a blue plaque commemorating the site's former important role (see photos)