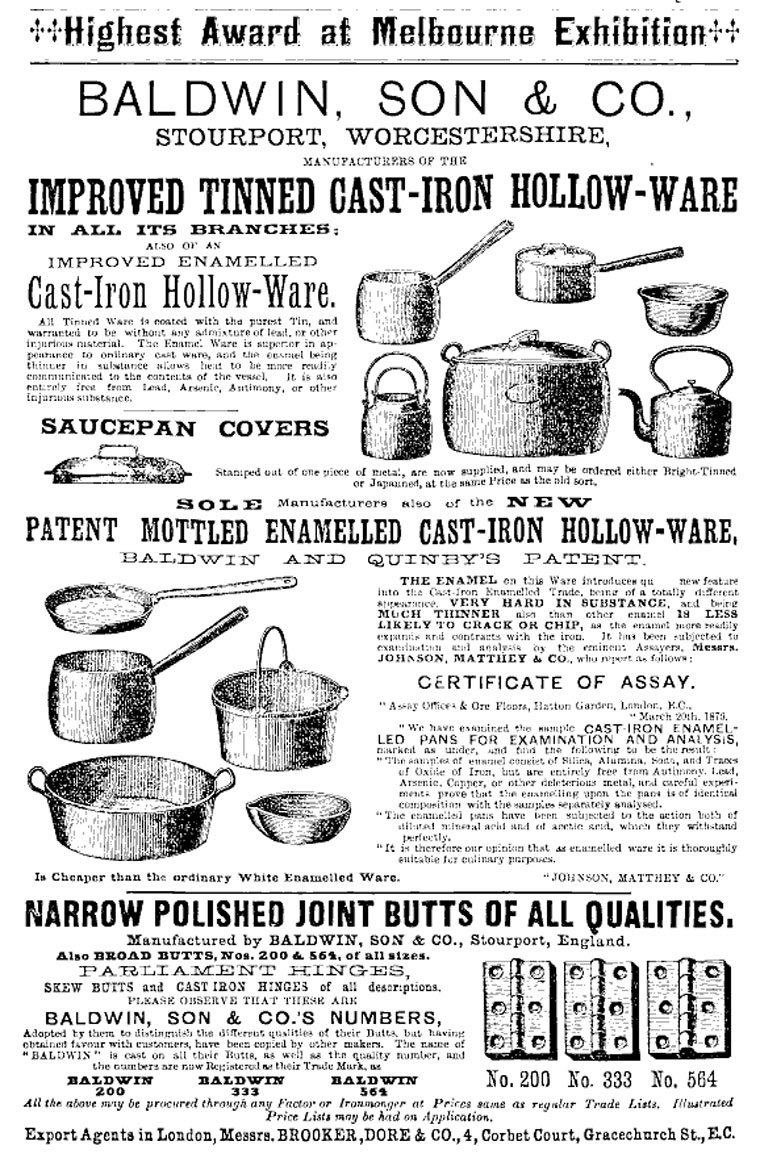 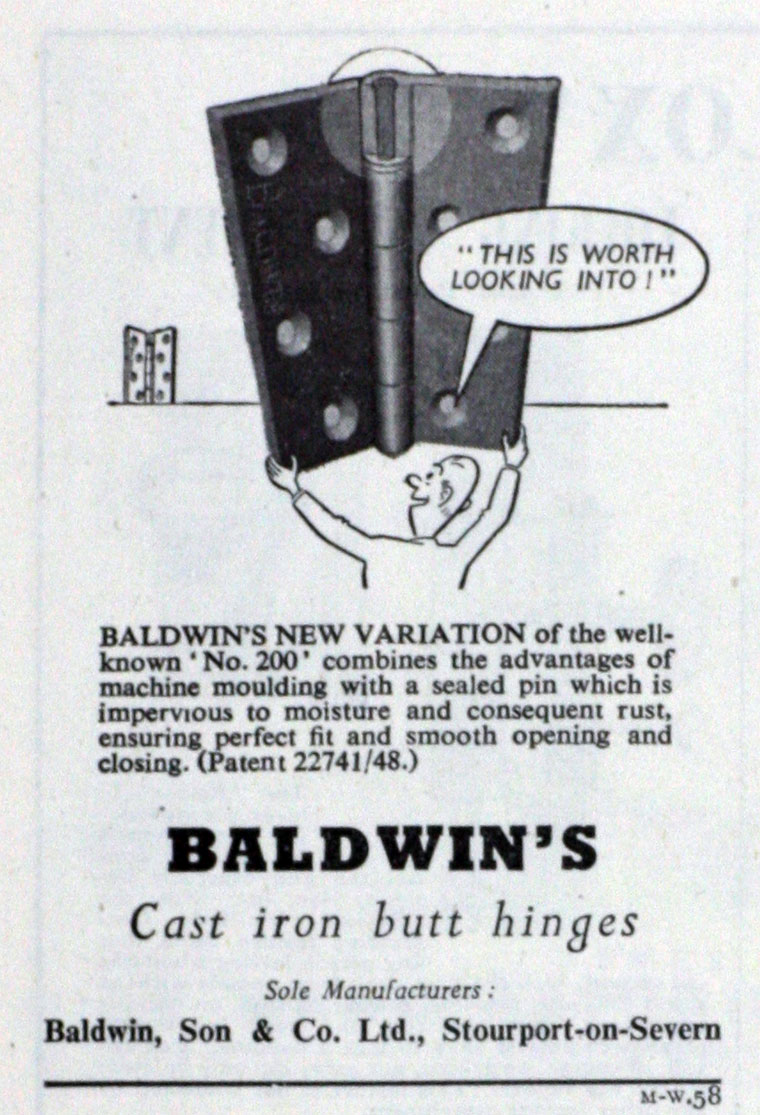 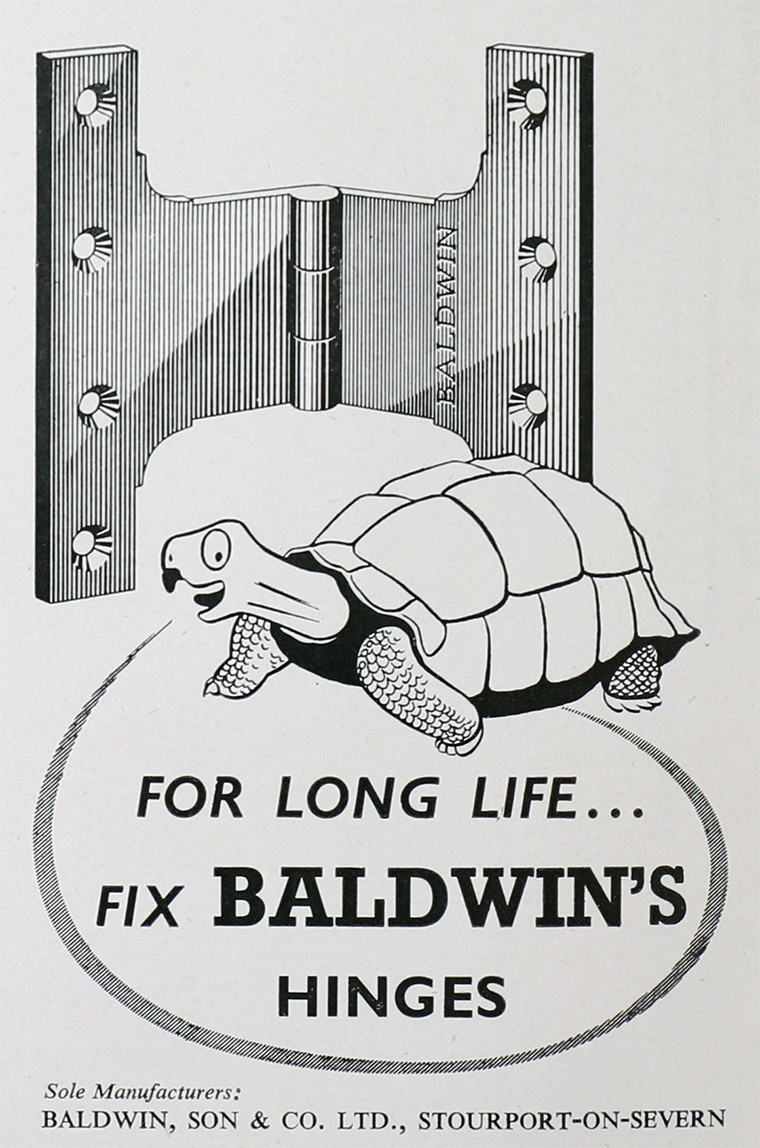 1788 Thomas Baldwin (1751-1823) moved from Shrewsbury to Stourport to take advantage of its location on the emerging canal system[1] and established an iron foundry. At some point, Thomas established the company Baldwin, Son and Co

1850 Baldwin, Son and Co were listed as ironfounders at Stourport[4].

c1857 George's youngest son, Alfred Baldwin (1841-1908), at the age of sixteen, became a partner in Baldwin, Son and Co which also operated worsted spinning mills at Stourport[5]. Enoch's second son, Enoch (1823-1905), was also involved in the business from the start of his working life[6]. Other members of the Baldwin clan ran a carpet manufactory at Bridgnorth, and a paper mill at King's Norton.

1863 William Baldwin died; he had been senior partner in the companies of Baldwin, Son and Co and Baldwin Brothers of Stourport, and E. P. and W. Baldwin of Wilden and Wolverhampton[7].

1863 The businesses were split. Control of E. P. and W. Baldwin passed to Alfred Baldwin and his two surviving brothers, George (1826–1881) and Stanley (1828–1907). However, the latter's bad management and drinking, combined with a trade depression, brought the firm close to bankruptcy in the late 1860s[8]. It is presumed that Enoch Baldwin took on the senior role at Baldwin, Son and Co.

1870 Alfred Baldwin raised £20,000 and bought out his brothers to take sole control of E. P. and W. Baldwin which by then also had operations at Wilden Ironworks. He moved to Wilden House overlooking the forge. Subsequently he was responsible for the rapid growth of the firm and established a reputation as a benevolent employer and as a patriarch of the Wilden district[9].

1879 Baldwin, Son and Co took out a patent on enamelled ware, offering a coating that did not crack or chip and was suitable for culinary uses[10].

1880 Mr Enoch Baldwin was the principal/senior partner in the business of Baldwin, Son and Co; he stood for Parliament as Liberal candidate for Bewdley[11] and won the seat[12].

1886 Dissolution of partnership of Enoch Baldwin, Alfred Baldwin and Edward Arthur Baldwin trading as Baldwin, Son and Co, holloware manufacturers and enamellers[14]. Re-registered as a limited company of similar name, of Southport[15]

1892 Presentation by the workforce of Baldwin, Son and Co Ltd to Mr Enoch Baldwin on the occasion of his 70th birthday[16].