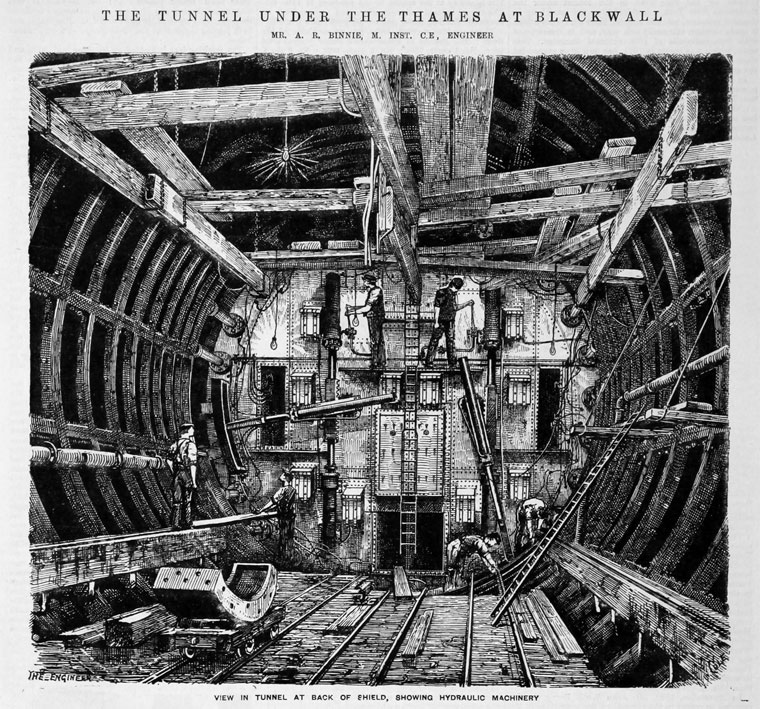 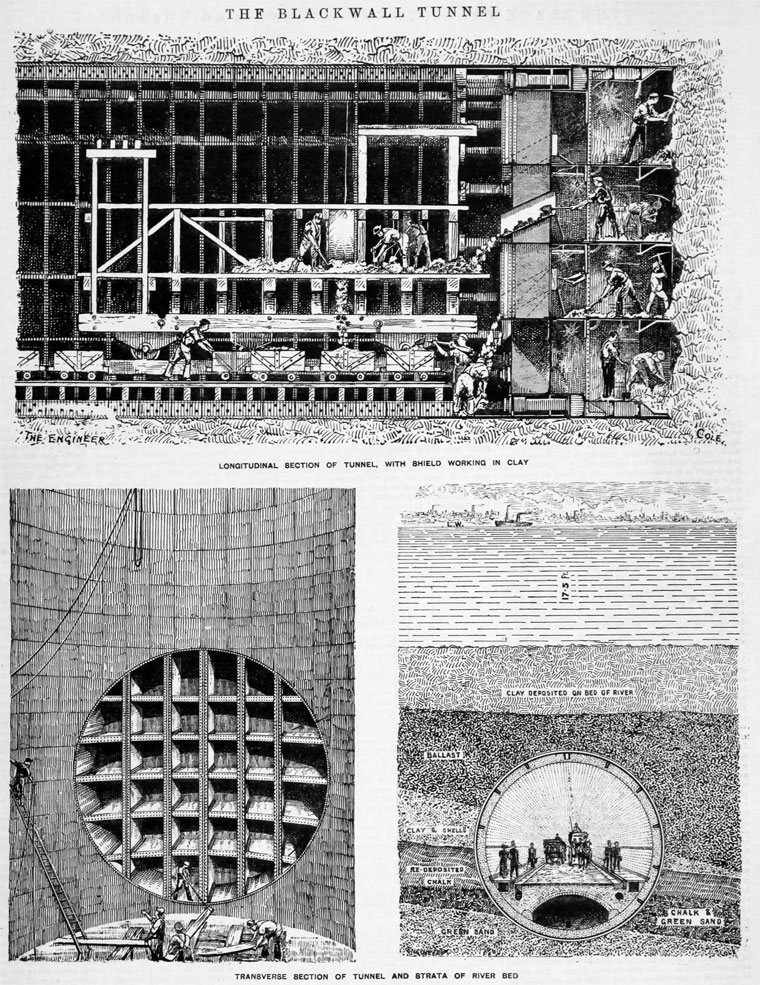 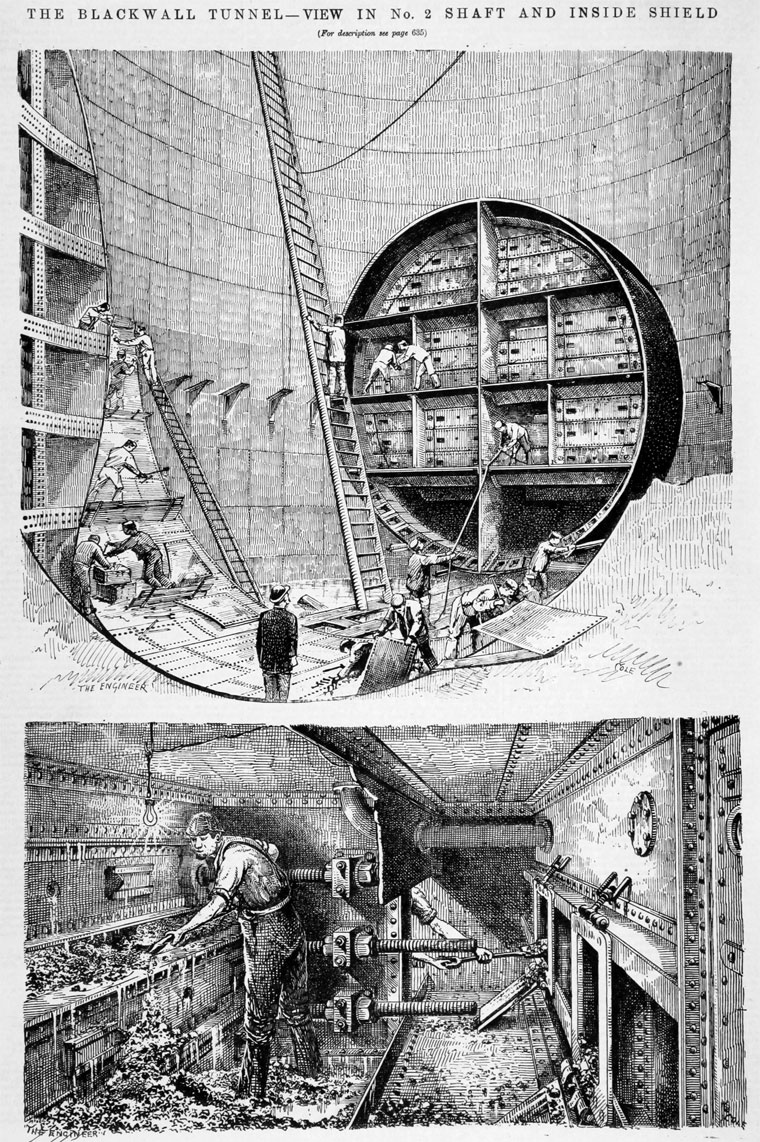 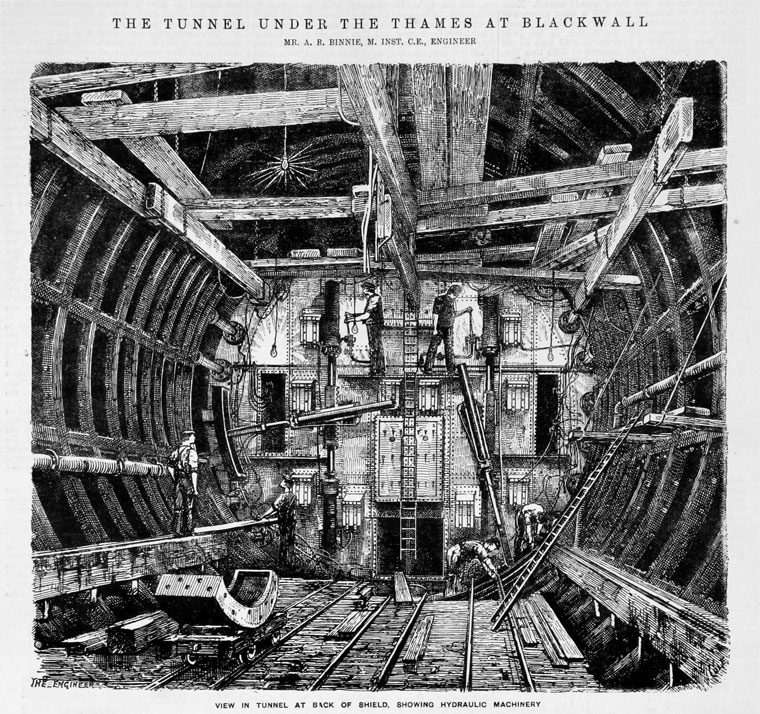 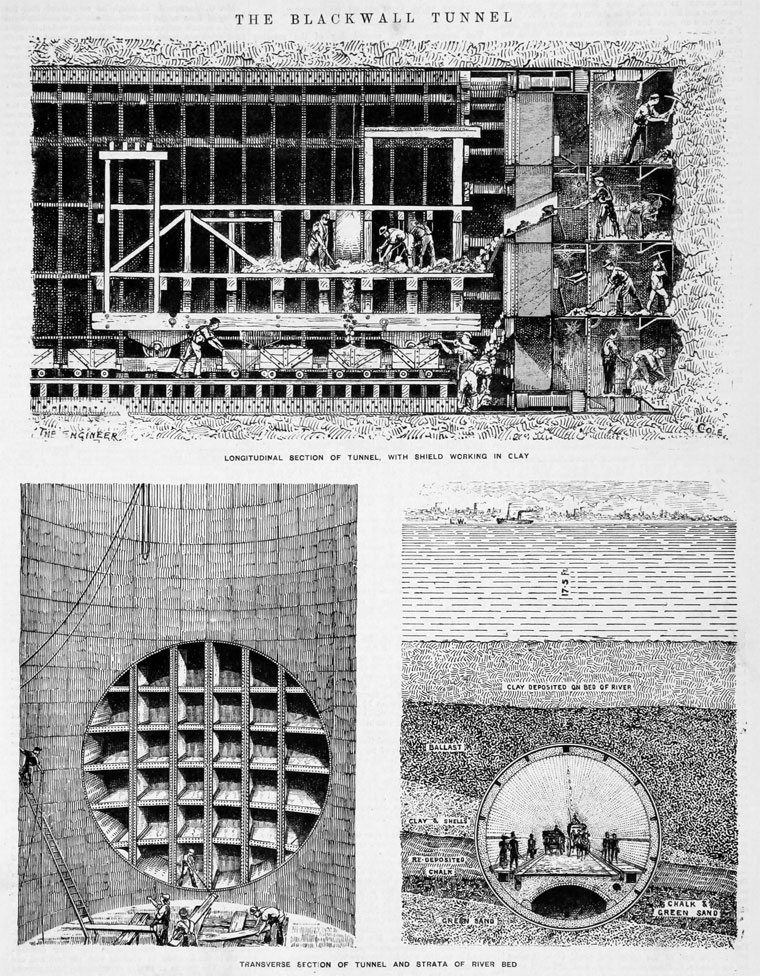 One of the many crossings under the river Thames.

1897 The first tunnel was completed; the lead engineer was Sir Alexander Binnie, constructors S. Pearson and Son; it was dug using a pneumatic shield.

1937-8 London County Council was recommended to proceed with the duplication of the Blackwall Tunnel. The underwater portion of the new tunnel would run parallel to and about 800ft. on the downstream side of the first tunnel. Only south-bound traffic would be allowed in the new tunnel, while north-bound traffic would be confined to the old tunnel.[1] The project was put in abeyance because of the war.

1967 The second tunnel was officially opened