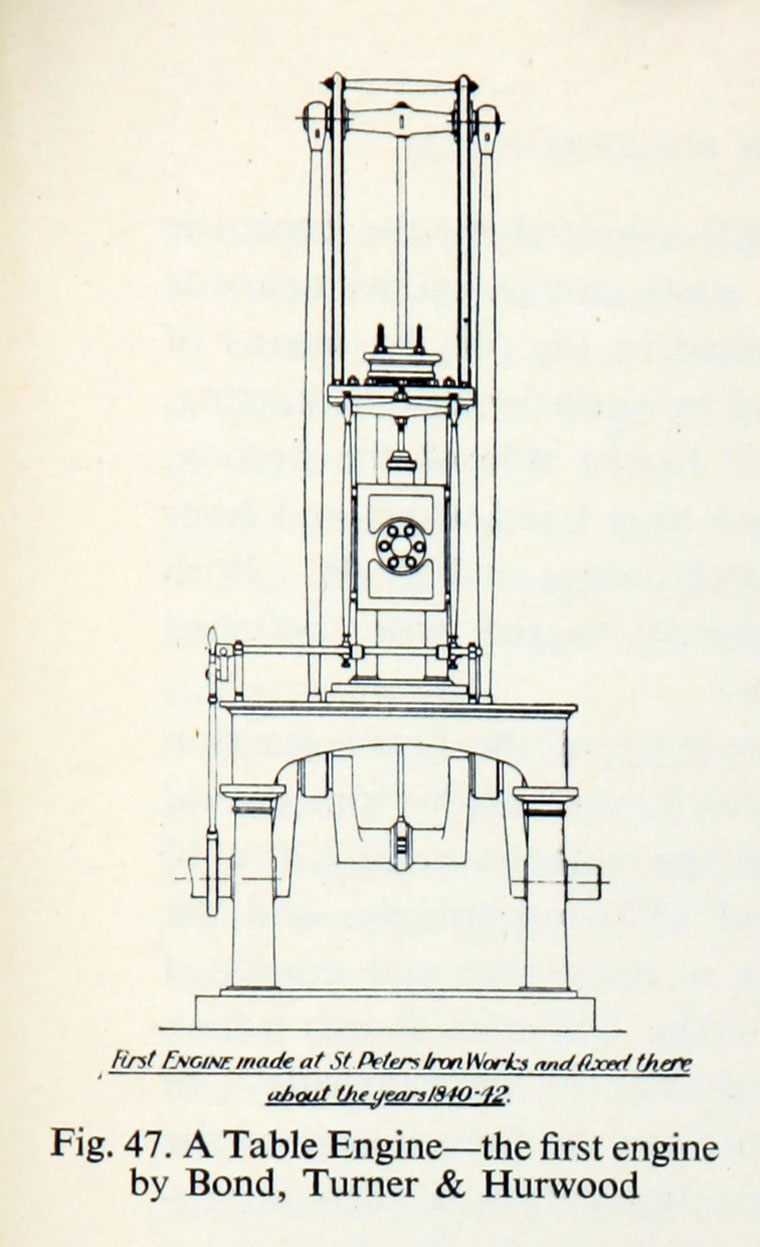 1837 Firm started by Mr. Walton Turner with partners, one of whom was George Hurwood

1840 Made the gates for the locks connecting Ipswich Wet Dock with the new cut.[2]

1843 'At the Petty Sessions held at the Lion Inn, Hadleigh, orders were given by the Bench to their clerks, Messrs. Last, Wallace, and Last, to write to Messrs. Bond, Turner, and Hurwood, the contractors for the Hadleigh Bridge, to use all possible expedition in the completion thereof, great complaint having been made to the magistrates of its being so long impassable.'[3]

Later Edward's brother, Frederick Turner, joined as a partner and the title of E. R. and F. Turner was adopted