Grace's Guide is the leading source of historical information on industry and manufacturing in Britain. This web publication contains 138,168 pages of information and 223,196 images on early companies, their products and the people who designed and built them. 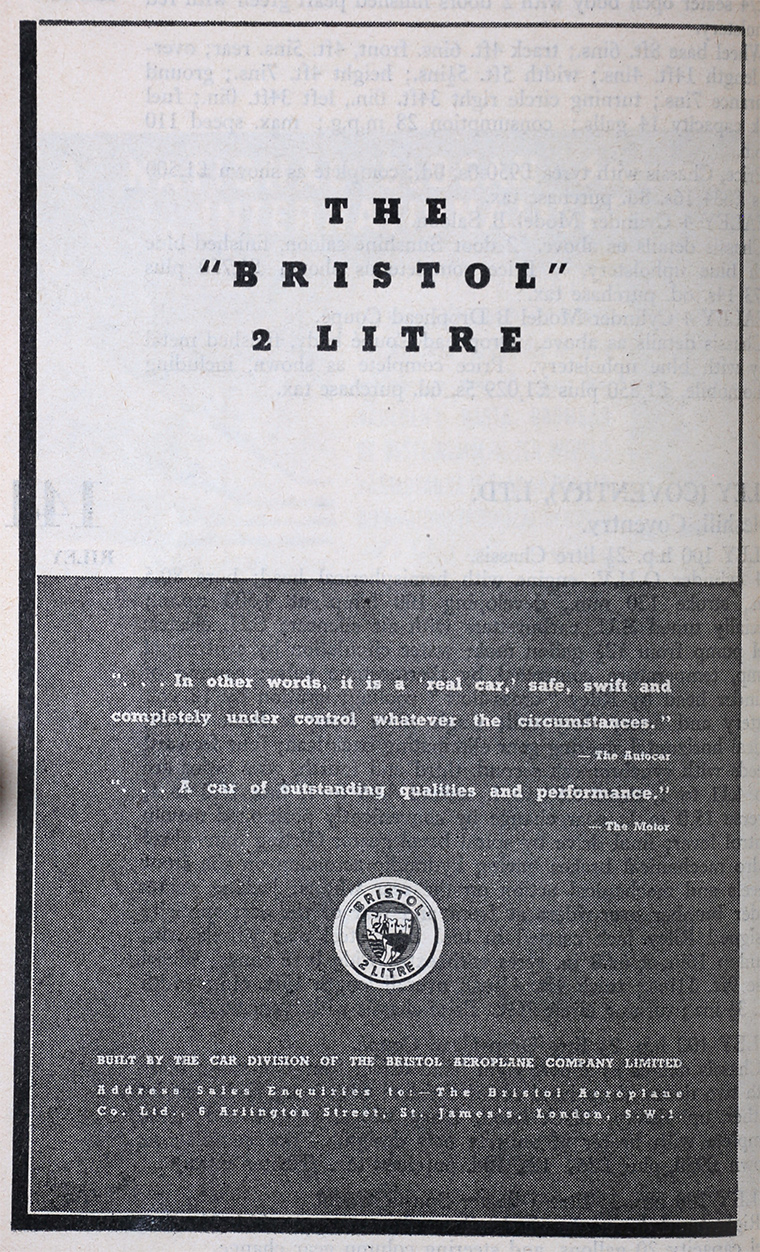 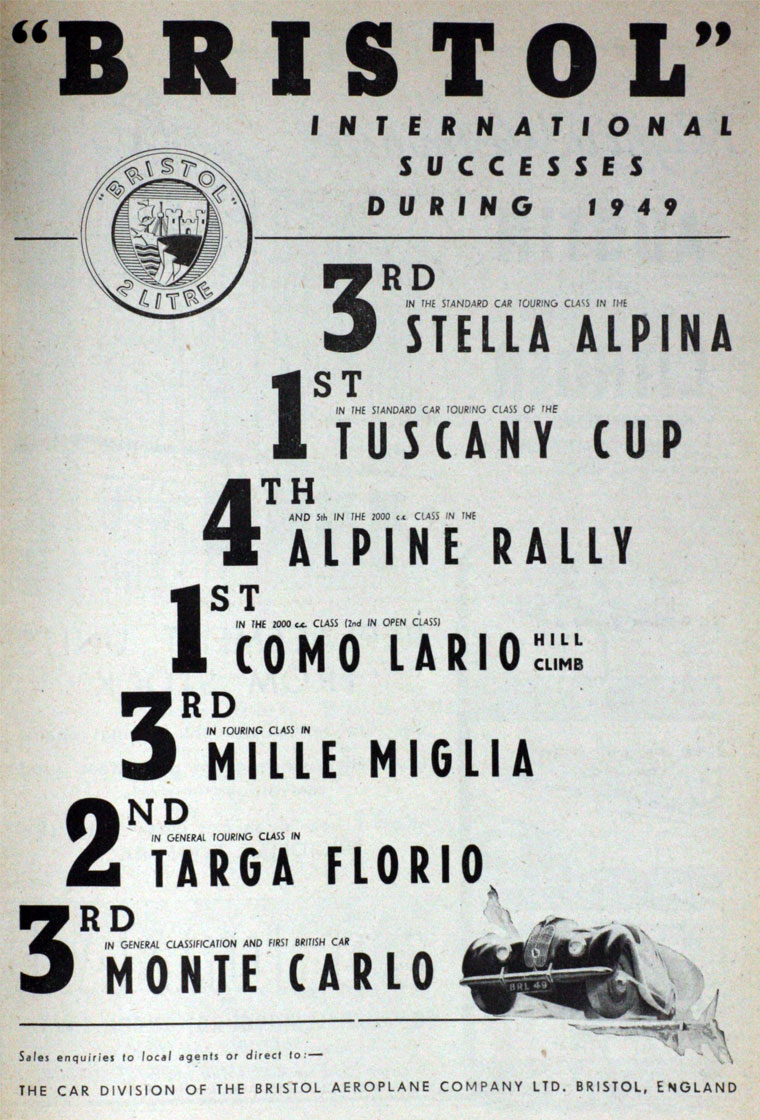 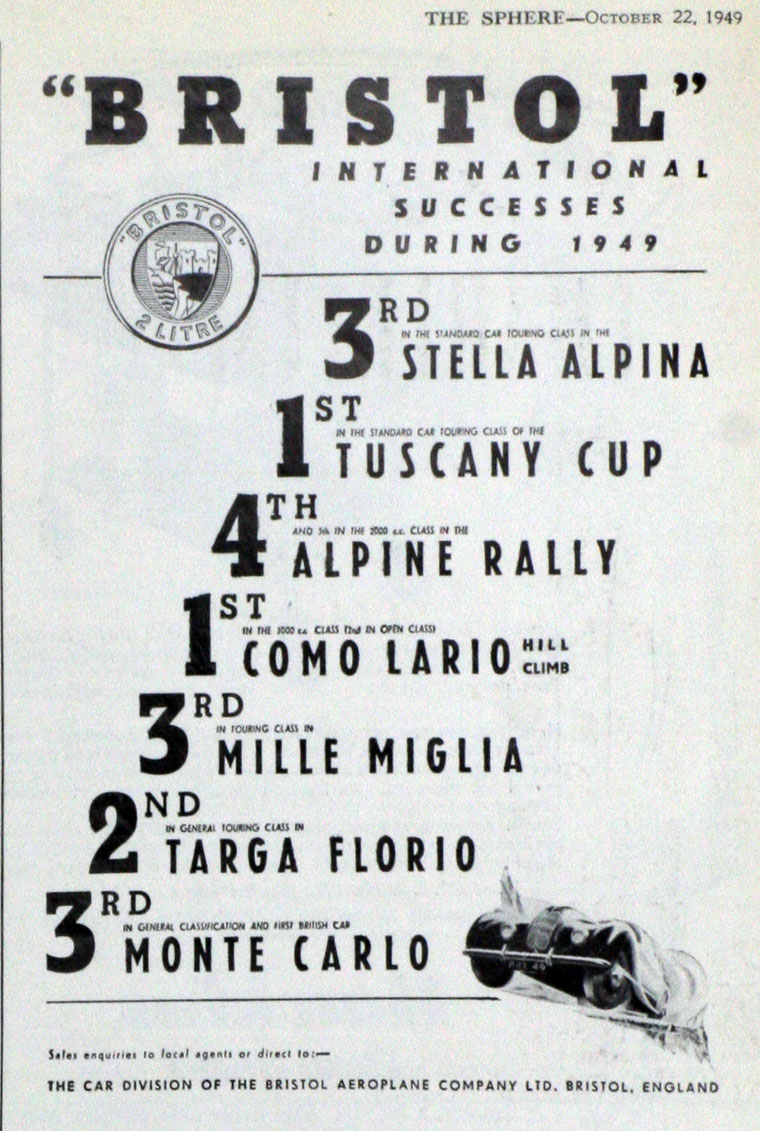 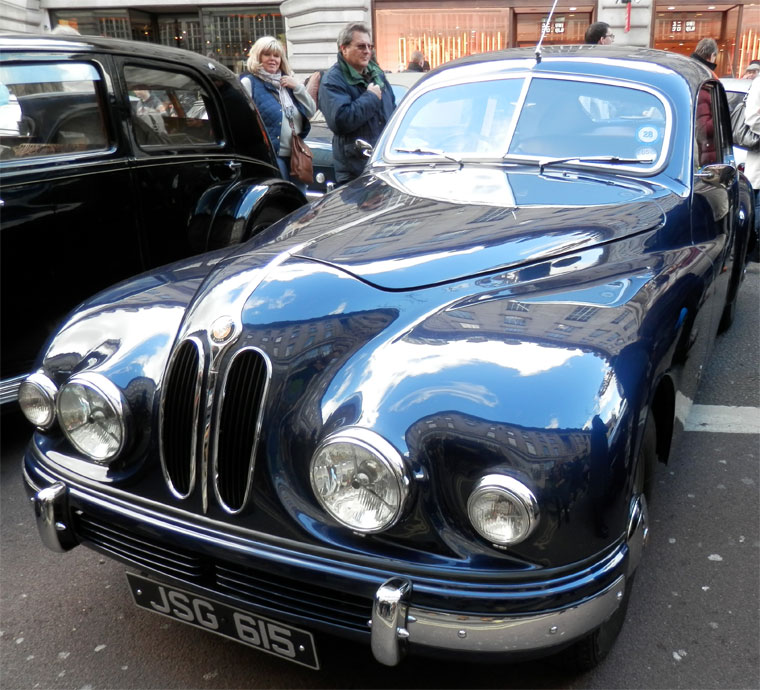 Bristol Cars of Filton, Bristol are a manufacturer of hand-built luxury cars.

Early in 1947 BAC had registered the company Bristol Cars Ltd although it continued for several years to market its cars as made by the Bristol Aeroplane Company.

By mid 1947, the Bristol Aeroplane Company severed its ties with AFN, returning control to the Aldington family.

1947 The first car, the Bristol 400, was heavily based on pre-WW2 BMWs. The body looked very like the BMW 327, while its engine and suspension were clones of BMW designs (engine and front suspension based on those of the BMW 328, rear suspension from the BMW 326). Even the famous double-kidney BMW grille was carried over intact.

Until 1961 all Bristol cars used evolutions of the 6-cylinder BMW-derived engine. This very well regarded engine also powered a number of sports and racing cars, including all post-war Frazer Nash cars (apart from a few prototypes), some ACs, some Lotus and Cooper racing cars, and several others. In 1961, with the launch of the Bristol 407, the company switched to large Chrysler V8 engines, which were more suitable for the increasingly heavy cars. All post-1961 Bristols including the current Blenheim and Fighter models use Chrysler engines. [2]