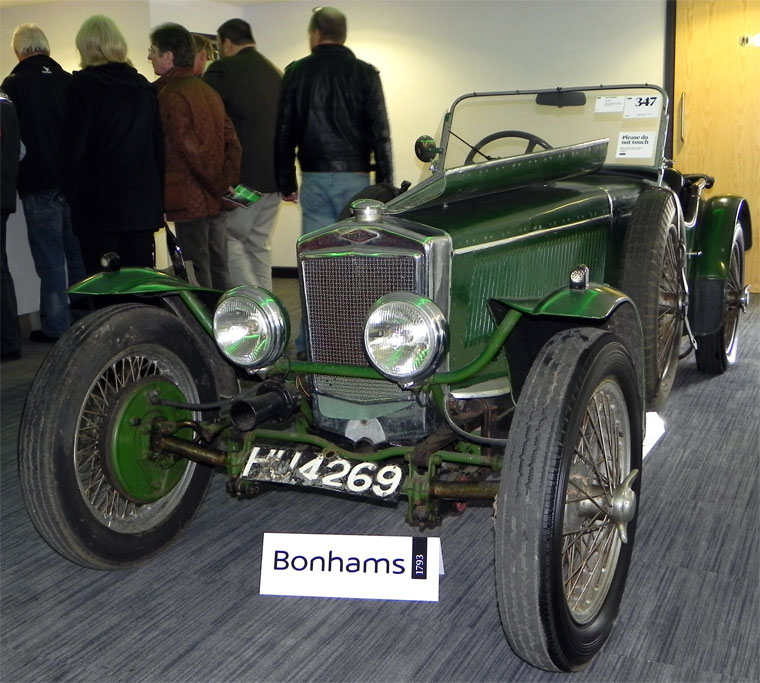 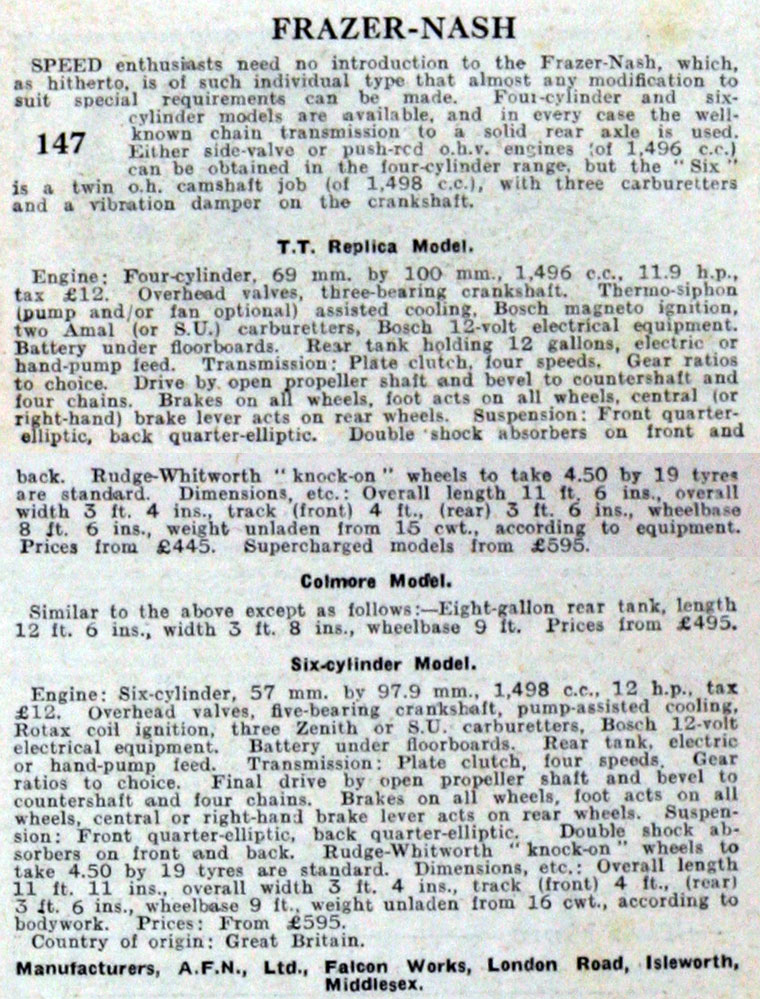 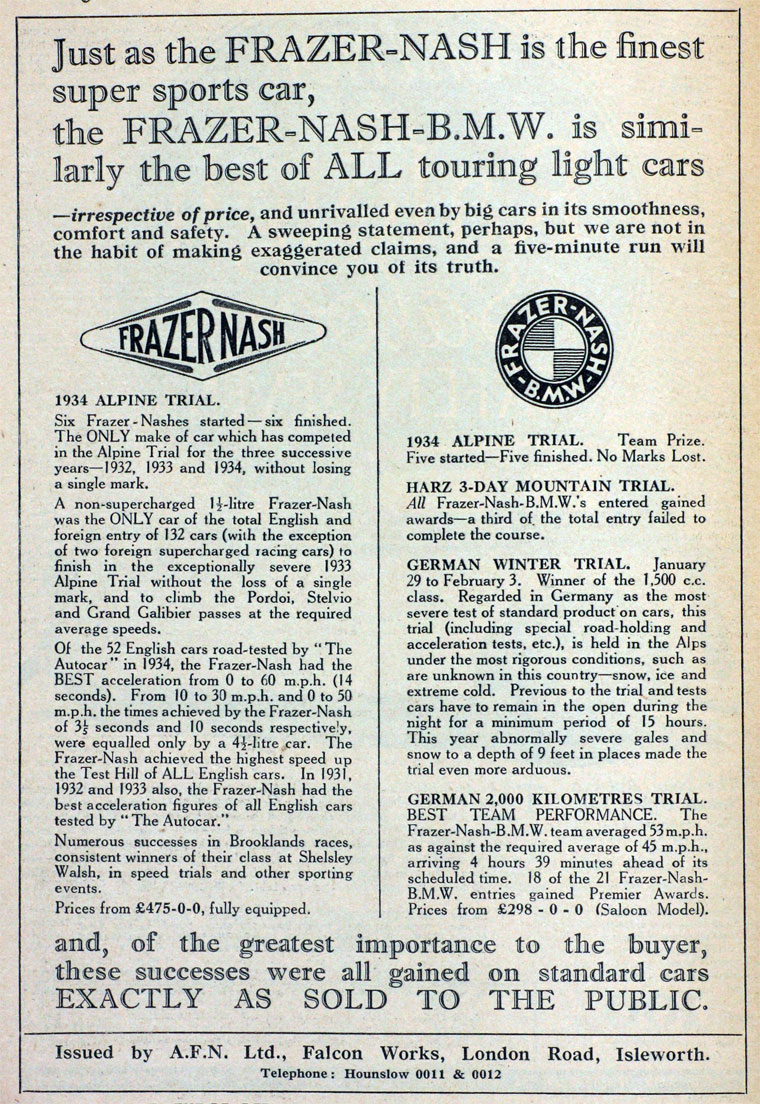 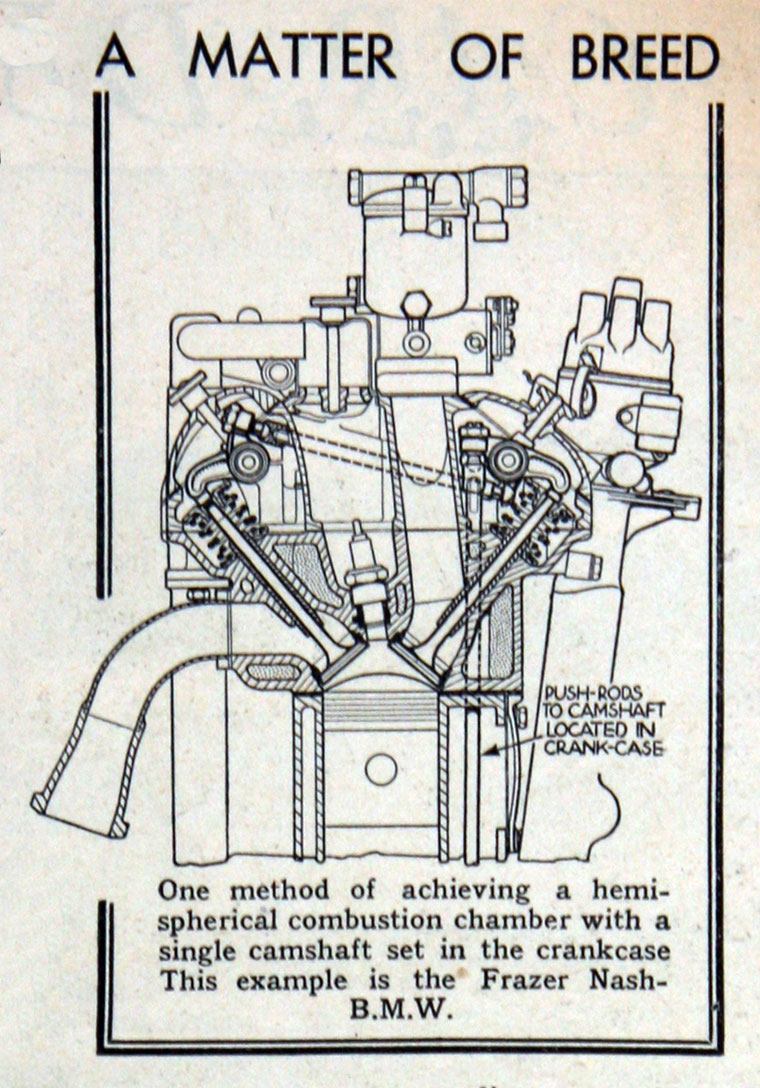 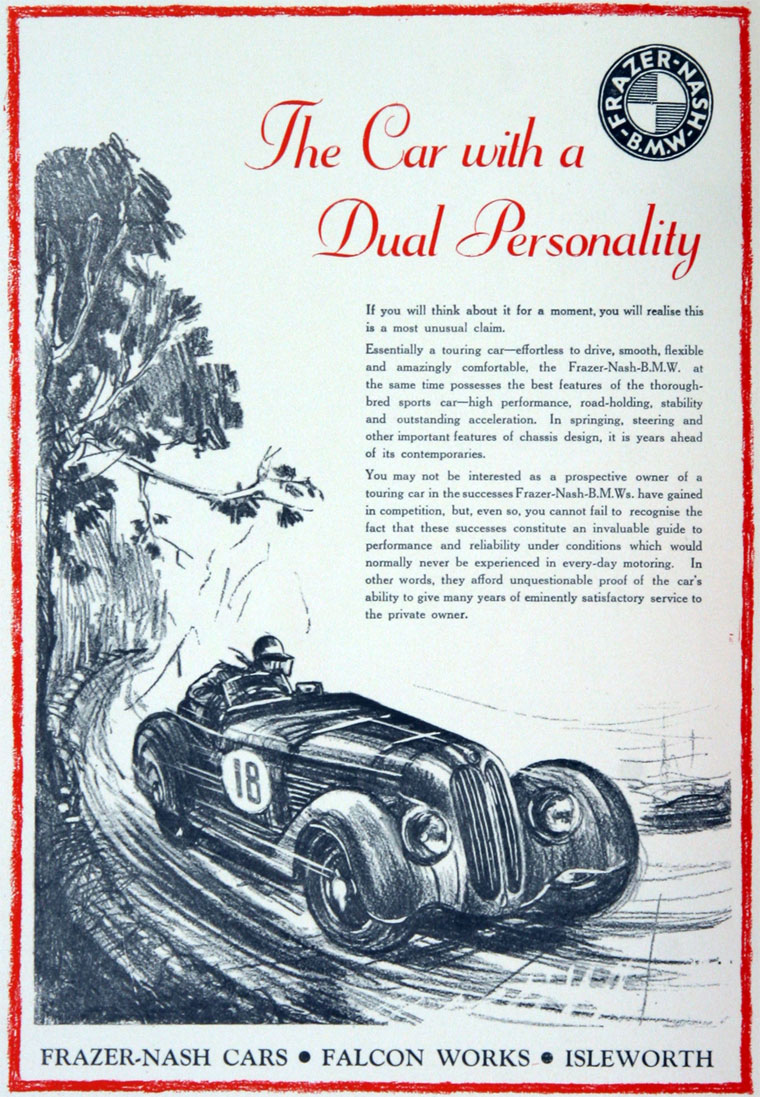 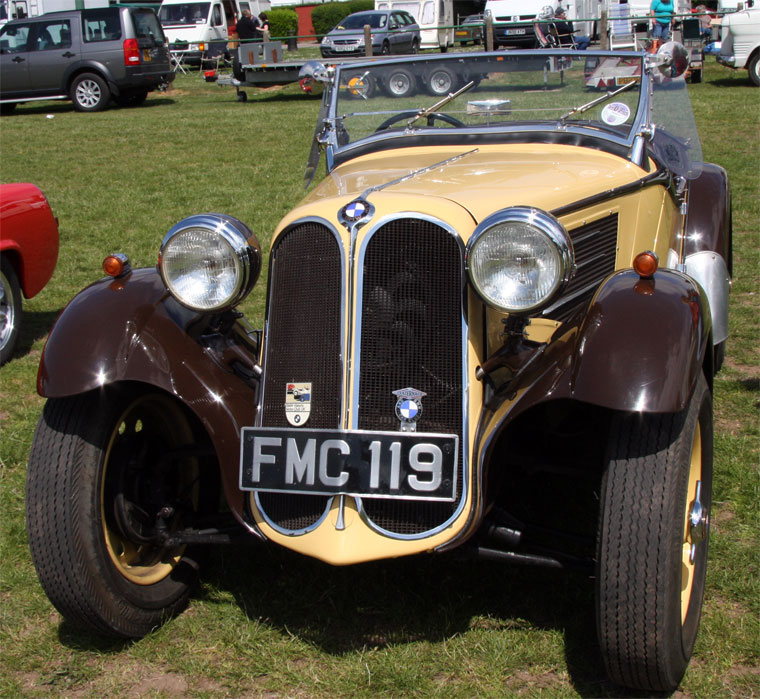 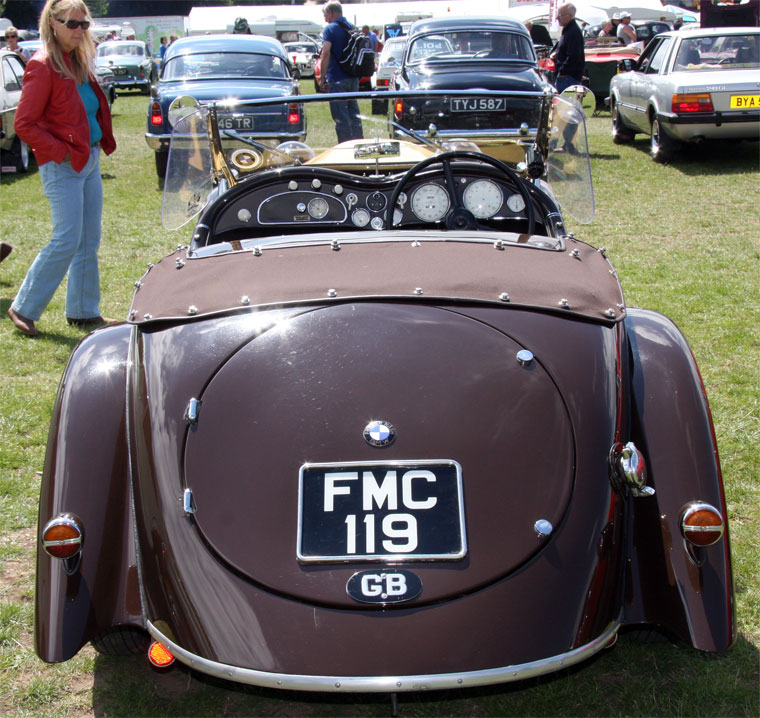 was a British automobile manufacturer and engineering company founded by Archibald Frazer-Nash in 1922.

Frazer Nash should not be confused with the unrelated companies Kaiser-Frazer and Nash Motors.

1922 The company was founded by Archibald Frazer Nash who had, with Henry Ronald Godfrey founded and run the GN Car Co. The company was established in Kingston upon Thames, Surrey.

1927 The company entered receivership and re-emerged as A. F. N..

1929 The company moved to Isleworth.

1929 Nash and Thompson was formed by Frazer-Nash and Godfrey to develop the Frazer-Nash hydraulic aircrft turret. The company produced around 400 cars until the mid-1930s, notably a series of famous chain drive models.

1932 The majority of AFN was acquired by H. J. Aldington and run by the three Aldington brothers, H. J., Donald A. and William H. Aldy's son, John Taylor ("JT") Aldington was the last of the family owners/directors until AFN Ltd was sold to Porsche GB.

1934 They became importers and assemblers of BMW cars and sold them as Frazer Nash-BMW. They were the official British BMW importer until the outbreak of war in 1939.

WWII During World War II, the company was involved in armaments production.

Post War: Eighty-five more cars were produced from 1948 to 1957. These cars were entirely unrelated to the chain-drive pre-war Frazer Nash, but were largely a direct evolution of the sporting BMW 328, mentioned above. In the choice of Bristol engines the cars were natural successors to the imported BMWs, the Bristol engine being a development of that of the BMW 328. Models include the Le Mans Replica, the Mille Miglia, the Targa Florio, the Le Mans Coupe and the Sebring. Competition successes included a third place at Le Mans (1949) and a win in the Targa Florio (1951). These post-war cars are very highly prized by collectors.

1952 The company participated in the Formula One season, the cars driven by Tony Crook and Ken Wharton.

1954 The company started to sell Porsche cars, becoming the official importer for Great Britain in 1956. This lasted until 1965 when Porsche Cars Great Britain was set up; Aldington family members remained on the board of this company for some time.