Grace's Guide is the leading source of historical information on industry and manufacturing in Britain. This web publication contains 138,857 pages of information and 225,311 images on early companies, their products and the people who designed and built them. 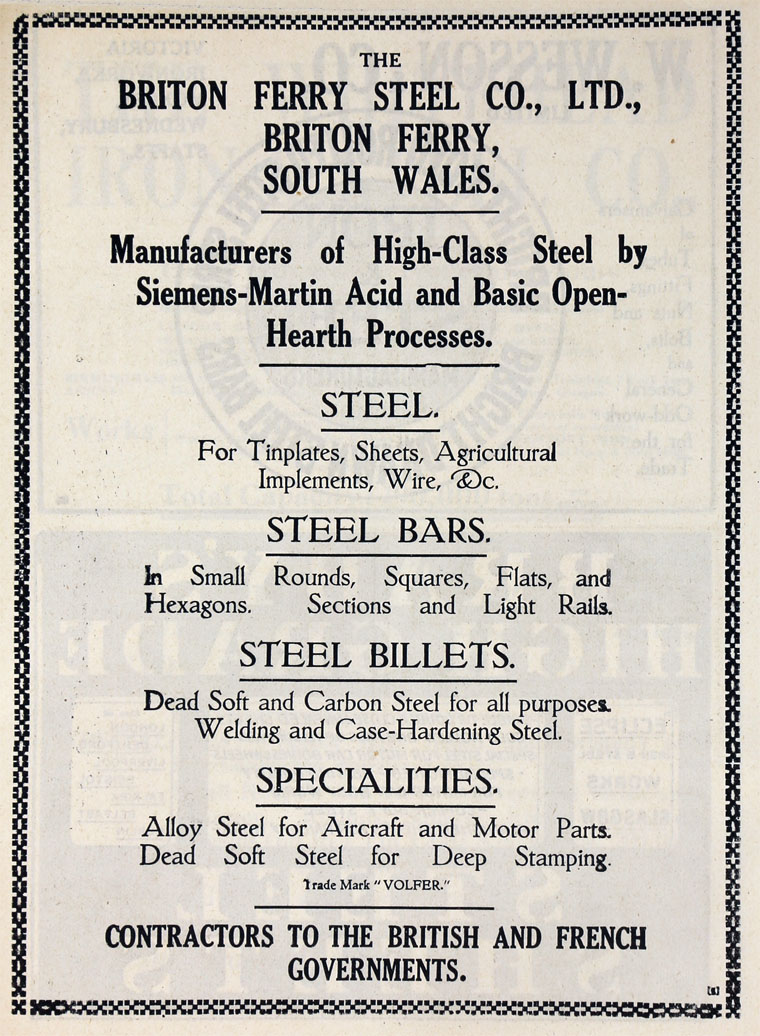 1860 The Briton Ferry Ironworks had 27 puddling furnaces and 3 rolling mills.

1865 The number of furnaces and mills had increased to 40 and 3, respectively.

1880 Briton Ferry maintained 43 puddling furnaces and 4 rolling mills working. It was one of several ironworks that were renovated and became a steelworks, erecting Siemens-Martin open hearth furnaces; it had its own tinworks on site.

1889 Incorporated as a limited company.

1918 New private steel company formed by Baldwins, their bankers and associates; it was called the British Steel Corporation; it had acquired the Briton Ferry Works and extensive land between the Swansea docks and the Neath River to host blast furnaces and coke ovens[2].

A thorough account of the firm's history and activities is given in 'A Legacy from Victorian Enterprise - The Briton Ferry Ironworks and the daughter companies' by C. W. Roberts,[7]