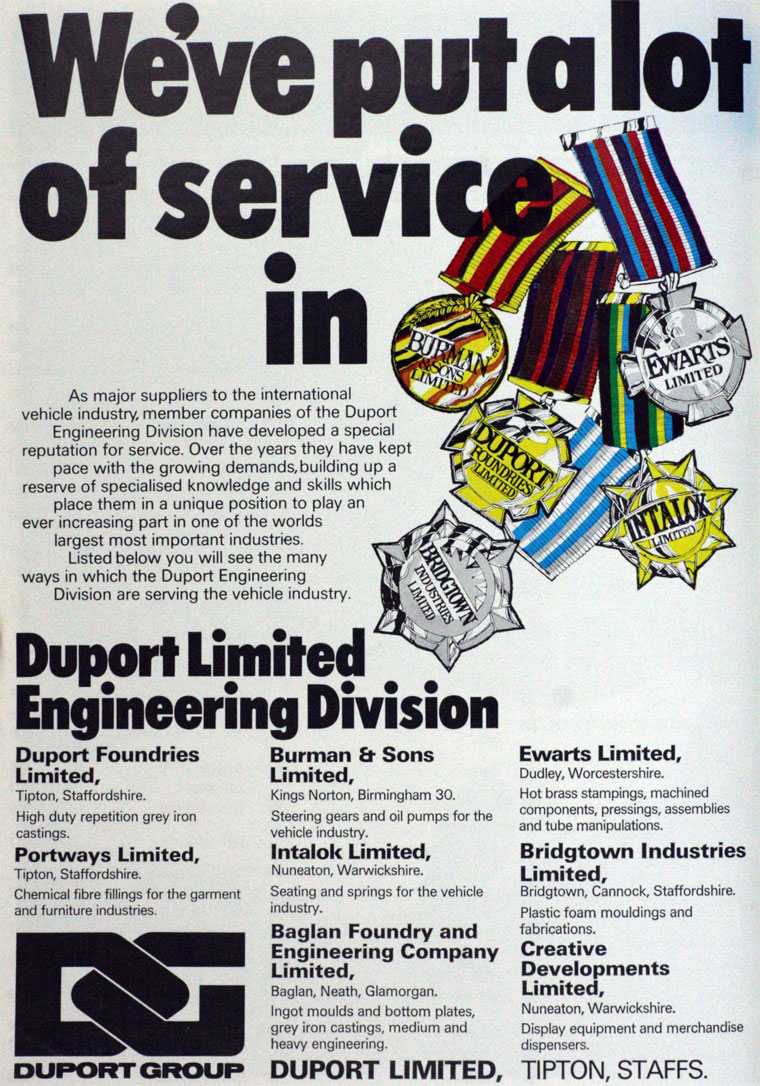 Duport of Tipton, an industrial holding company, the name being derived from Dudley Port.

1956 Offered to purchase Revo Electric Co by exchange of shares[3].

1960 Purchase Llanelly Steel Co from the Holding and Realization Agency[4].

1970 Took over Slumberland Ltd and its associated companies[8]; Duport was the largest steel produced in the private sector and this merger would give it 30% of the UK beds market (including Vono's share) but the logic and price was questioned.

1981 Closed the South Wales engineering steels plants. British Steel forged a new £130 million joint company with GKN and bought out the steelmaking parts of ailing Duport. British Steel's decision to buy out Duport's re-rolling plants in Sheffield and the Midlands followed months of delicate negotiations involving Government ministers. The interests acquired comprised London Works, Flather Bright Steels and Nationwide Steel Stock. As a result of this Duport's 350,000 tonne electric plant at Llanelli, which had only been commissioned in 1979) was closed with the loss of 1200 jobs. [11][12]

1982 Failed to sell domestic products division to Silentnight; closed some foundries and reorganised production amongst the remainder. At the end of the year, agreed to sell beds business to Airsprung of Trowbridge.