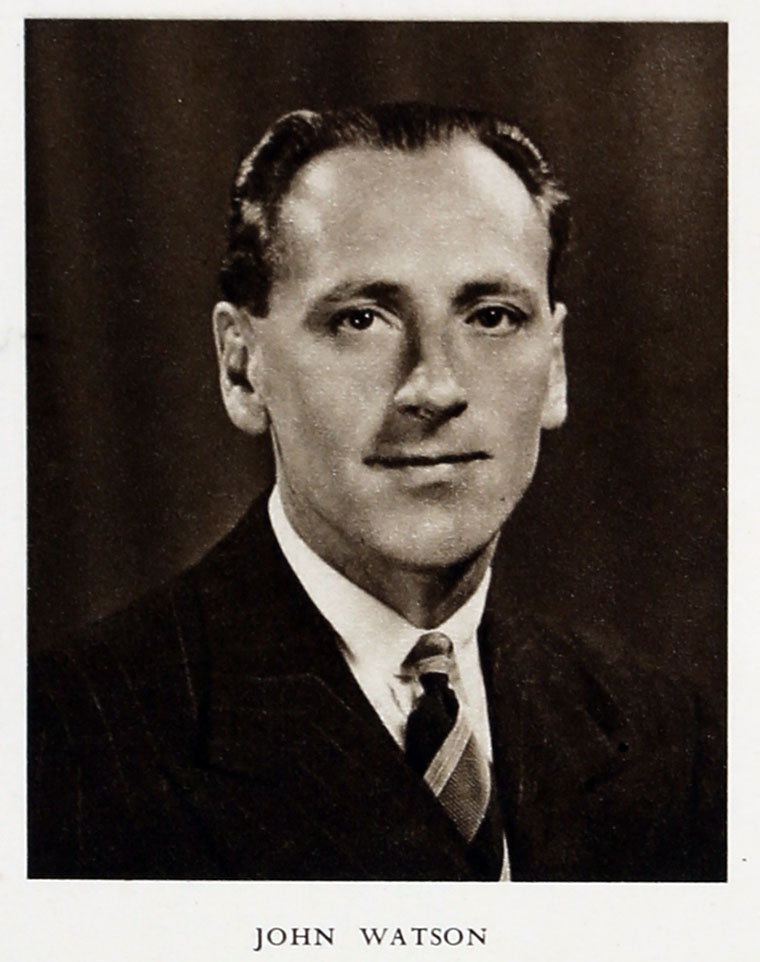 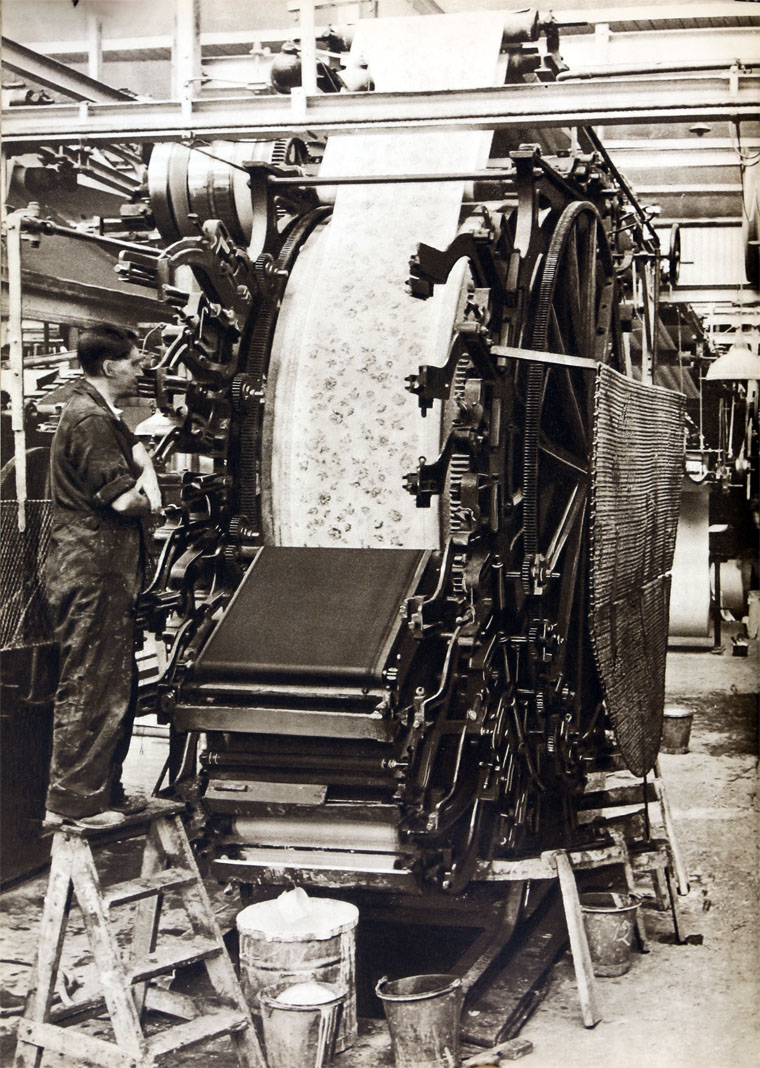 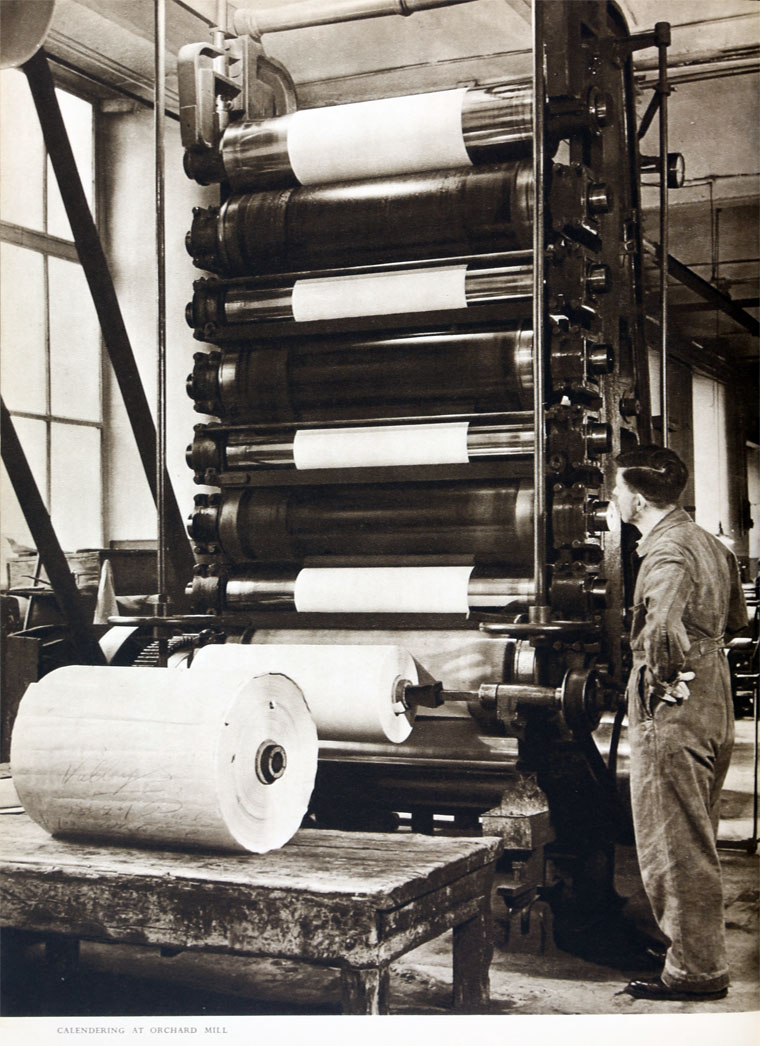 Known as "Potters of Darwen"

1839 Charles and Harold Potter established the business, making wallpapers and "turning out wallpaper men of note".

They started their first wallpaper experiments on an adapted calico printing machine, in a very unpretentious print works at Lower Darwen.

About 1844 Hollins Bleach Works was acquired for conversion to paper-making, and in 1848 a London warehouse was opened in Budge Row, E. C. A year later J. G. Potter, son of Charles, entered the business.

1860 the continental agency of Huntington Freres was founded by the two brothers, William Balle and Charles Philip Huntington, thereby influencing a large amount of export trade for the firm.

1881 the Darwen Paper Staining Co. business was transferred to the Livesey Mills from Livesey Fold.

1896 Rebuilt Belgrave Mills, which "Potters" had originally acquired in 1840.

1915 Walter H. Watson was promoted to the Board of the W.P.M. and subsequently became a member of the Executive Committee.

During the First World War, Potters and particularly the Anaglypta mill, aided the national munition drive and during the Second World War set up a shell forging department.

Just before World War II, the curtailment of supplies and embossing rollers from Germany led to the establishment of a separate business, the Belgrave Engraving Co, which was able to replace the original source of supply.

1949 The son of W. H. Watson, John Watson, was in charge of all the "Potter" interests. He was appointed a director of the Parent Company in 1936, and took his seat on the Executive Committee in 1944.

The activities at Orchard Mill may be said to have originated in 1881, at the old Livesey Fold premises, Darwen, once the home of the Darwen Paper Staining Company. It was here that "Potters" commenced to experiment with varnishing their oak papers. In addition, a business in coating papers was developed at Livesey Fold which was later greatly extended to include paper enamelling.

The actual move to Orchard Mill was not made until 1896, at which date its conversion from a spinning mill was arranged by "Potters'" chief engineer. Orchard Mill progressed steadily during the years in its specialised field, and during the 1939-45 war embarked upon a comprehensive programme of war work, involving engineering processes of many kinds.

By 1949 the mill was a useful service to some of the Company's branches and also to The Walpamur Company Ltd. in varnishing and coating various products. Other productions included chromo paper for litho and offset printing; leatherette and calf papers for printers and bookbinders; gummed papers for commercial label work; socking papers for the shoe trade; and high gloss and waterproof coatings for the high-class box trade.

Originally the invention of T. J. Palmer, the principal raw material of Anaglypta consists of high grade rags which, after processing, are pressed into sheets by means of dies. In the course of manufacturing experience improved methods of production have been adopted, and a special study of the type of design most suitable for this product has given Anaglypta a unique and well-earned prominence in the field of interior decoration. Deep relief ceilings, some of which emulate to perfection the best period work of the old master -plasterers, are a special feature of the branch.

Other relief materials produced by this branch included those decorations known as Cameoid and also the well-known Lincrusta Walton line.