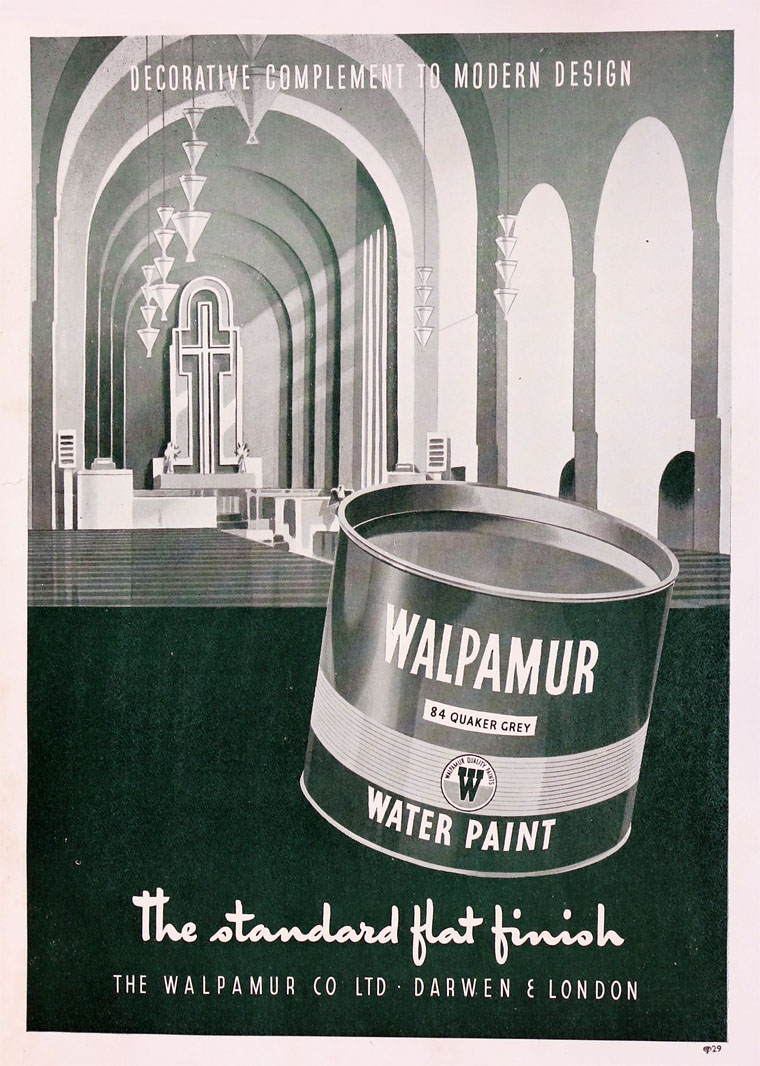 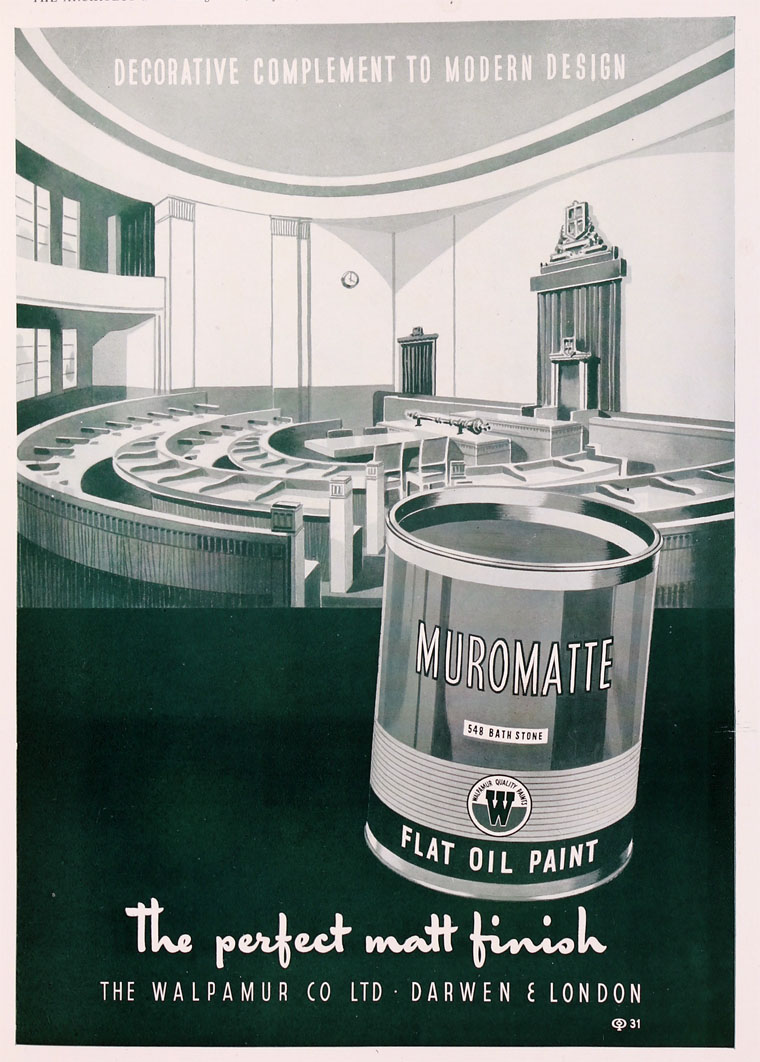 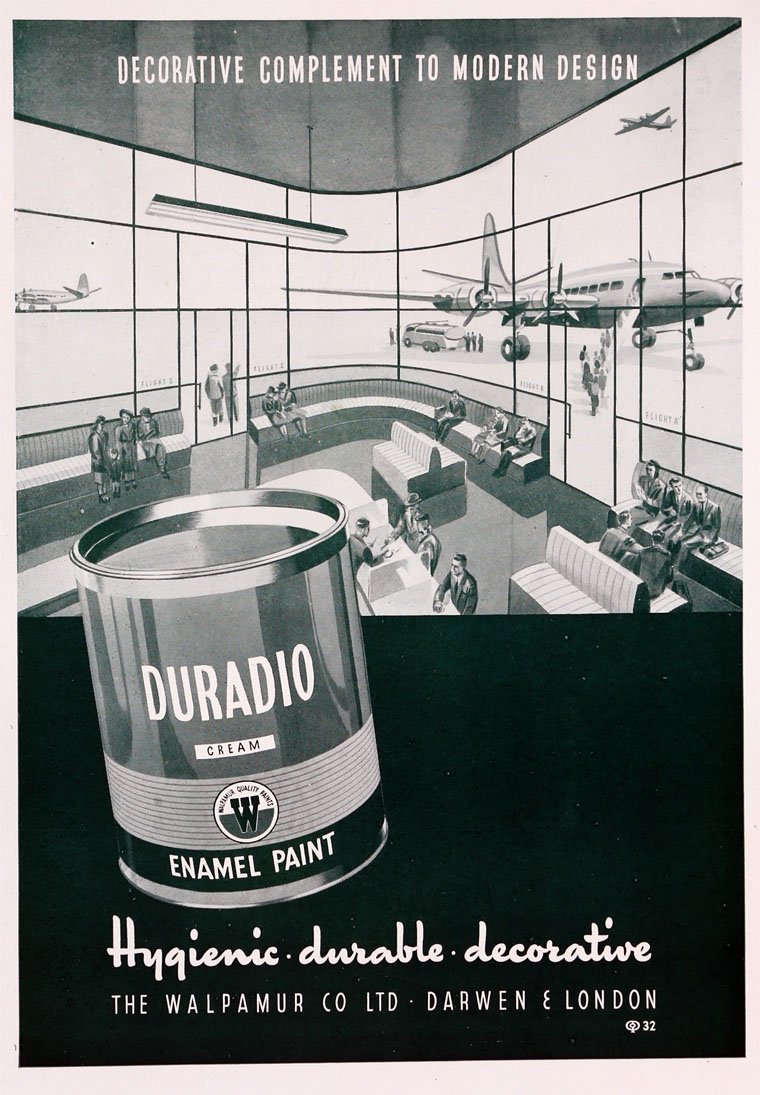 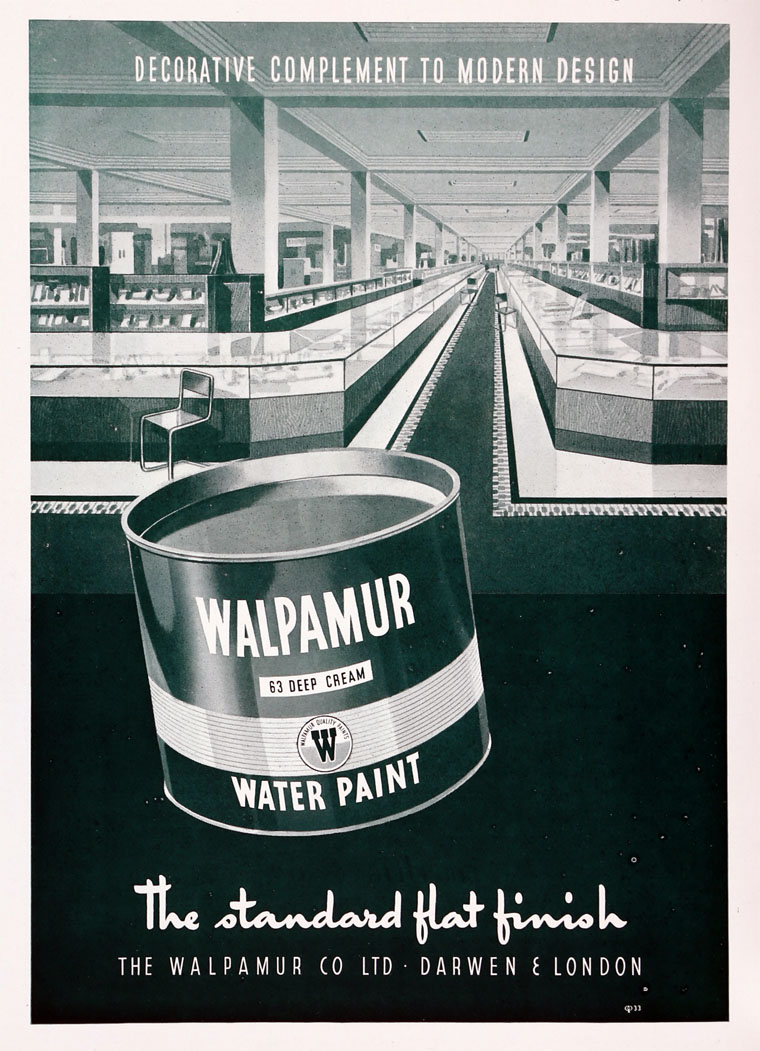 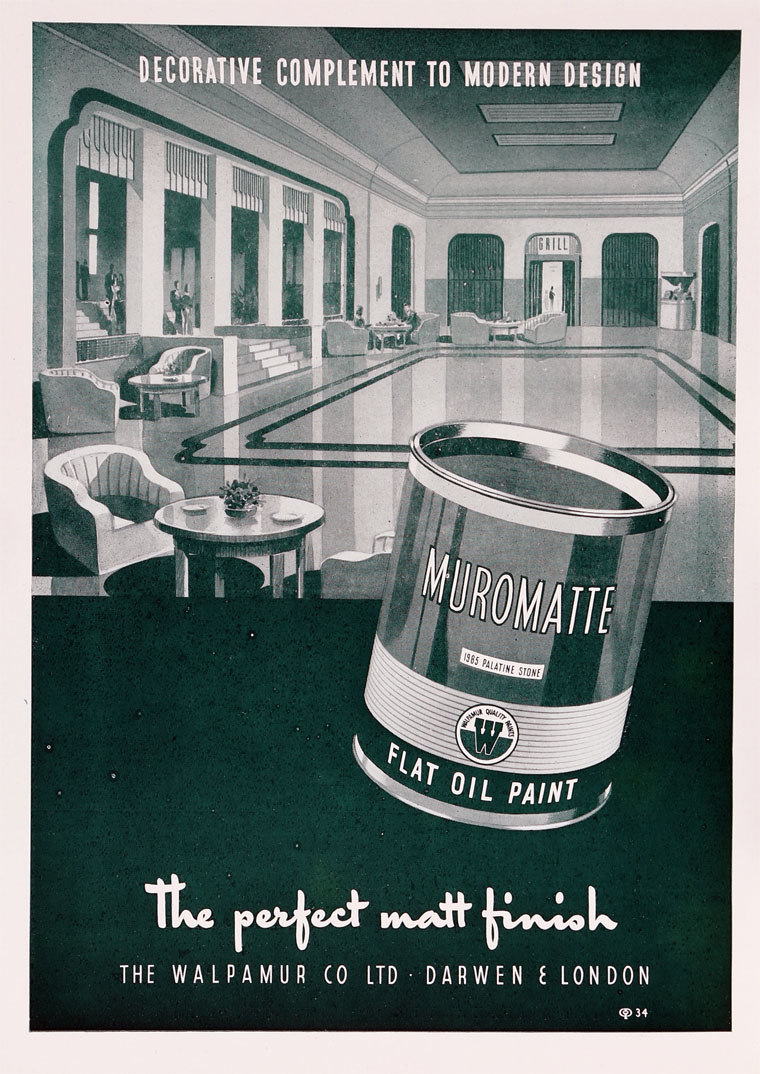 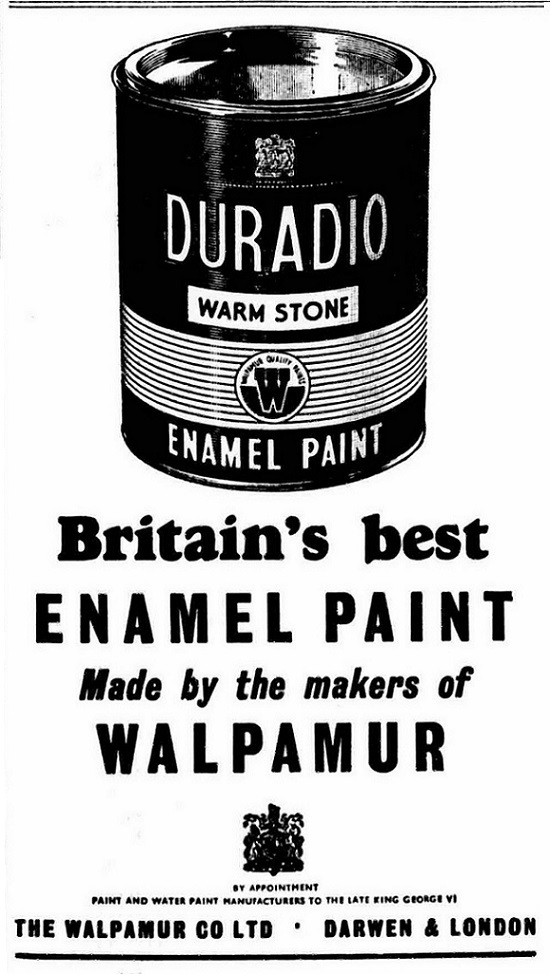 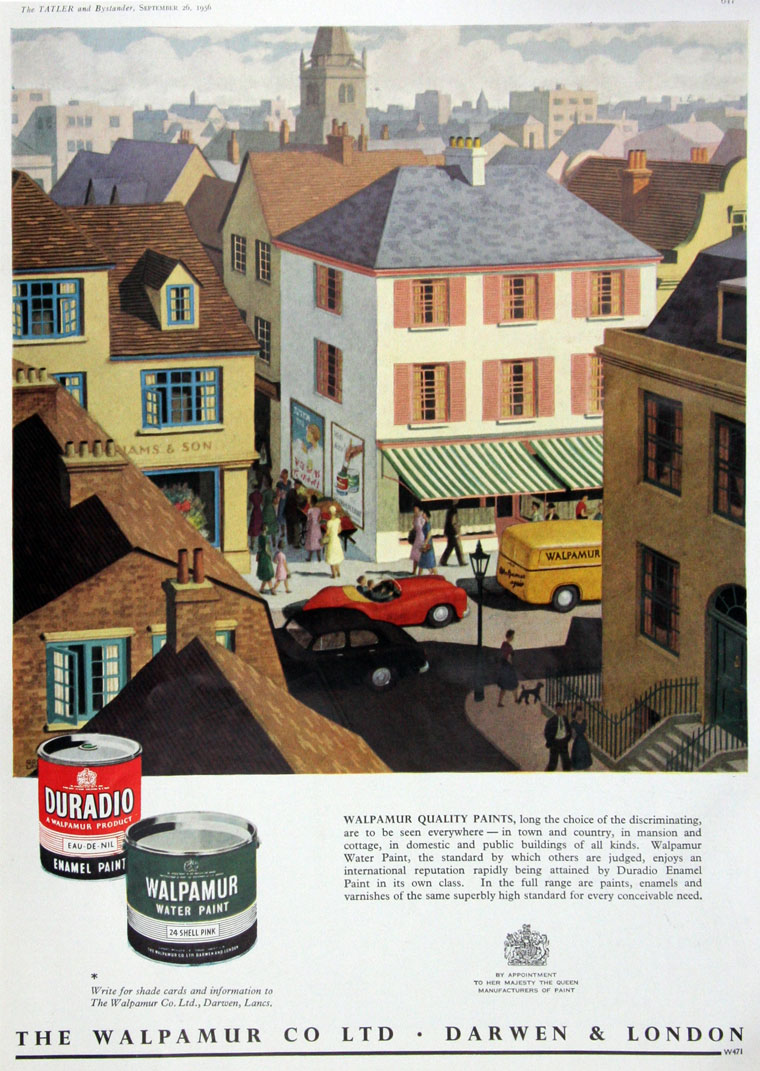 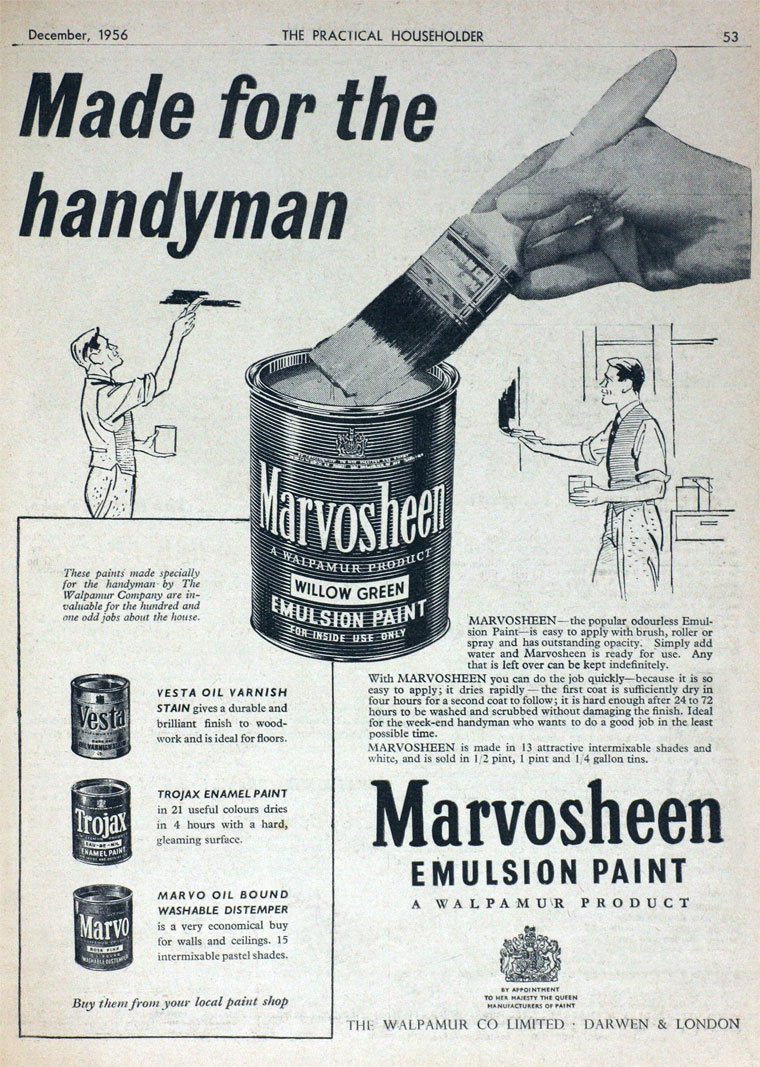 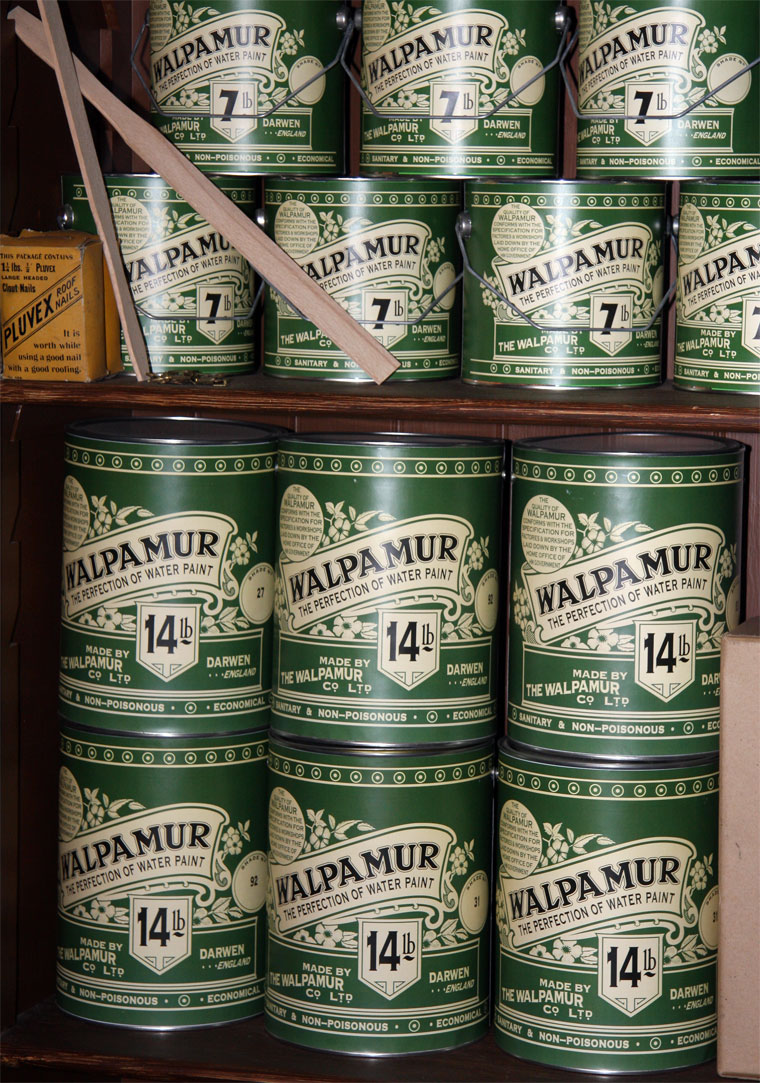 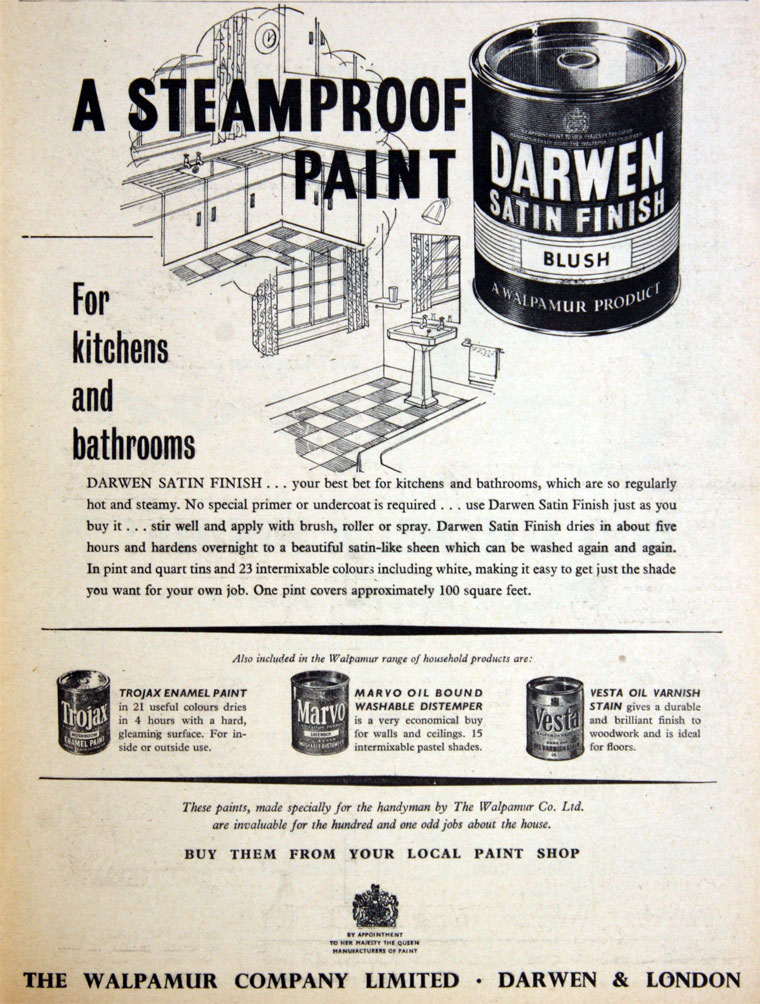 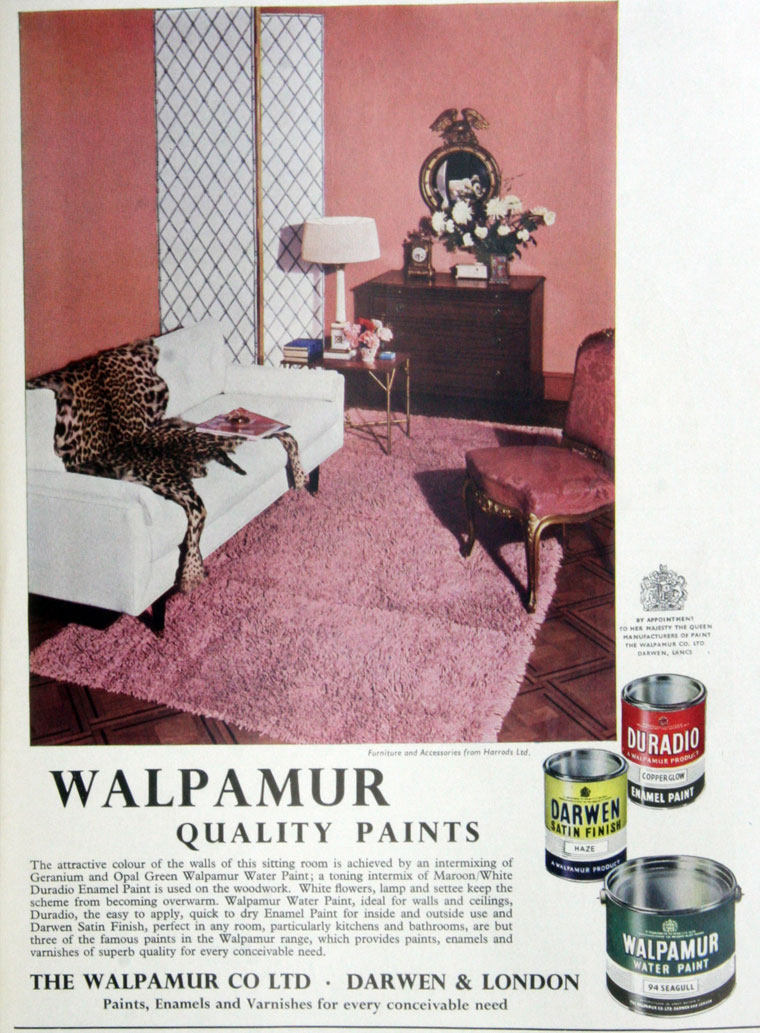 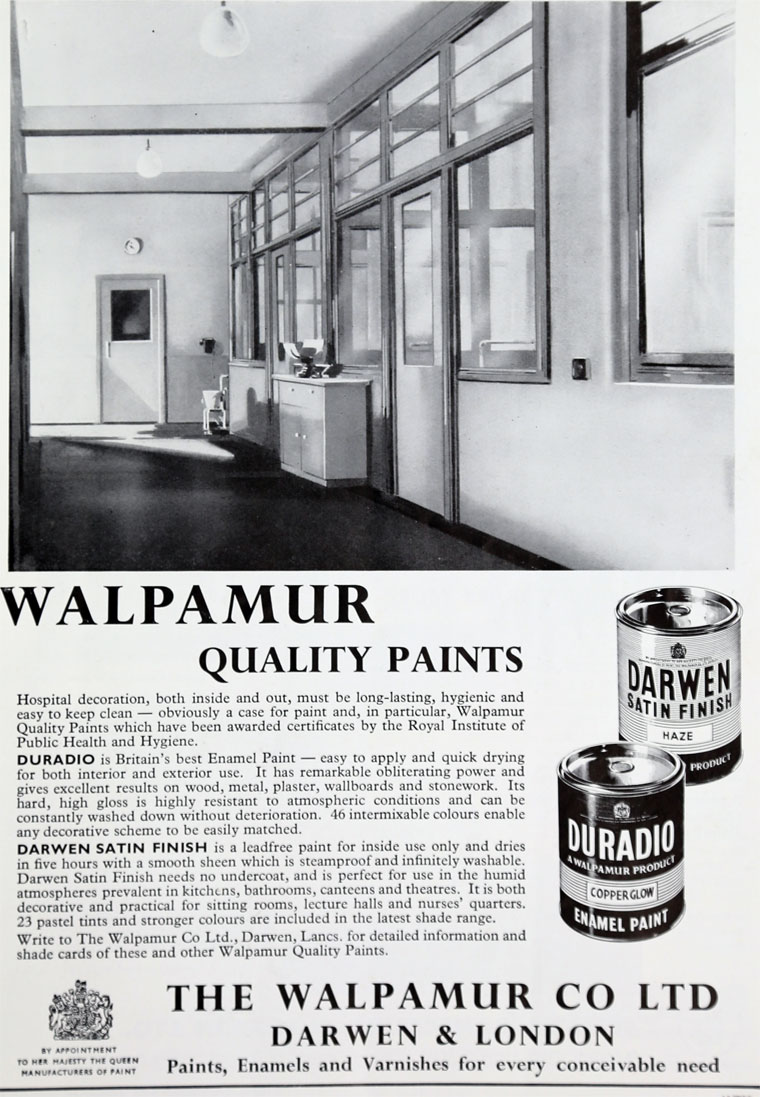 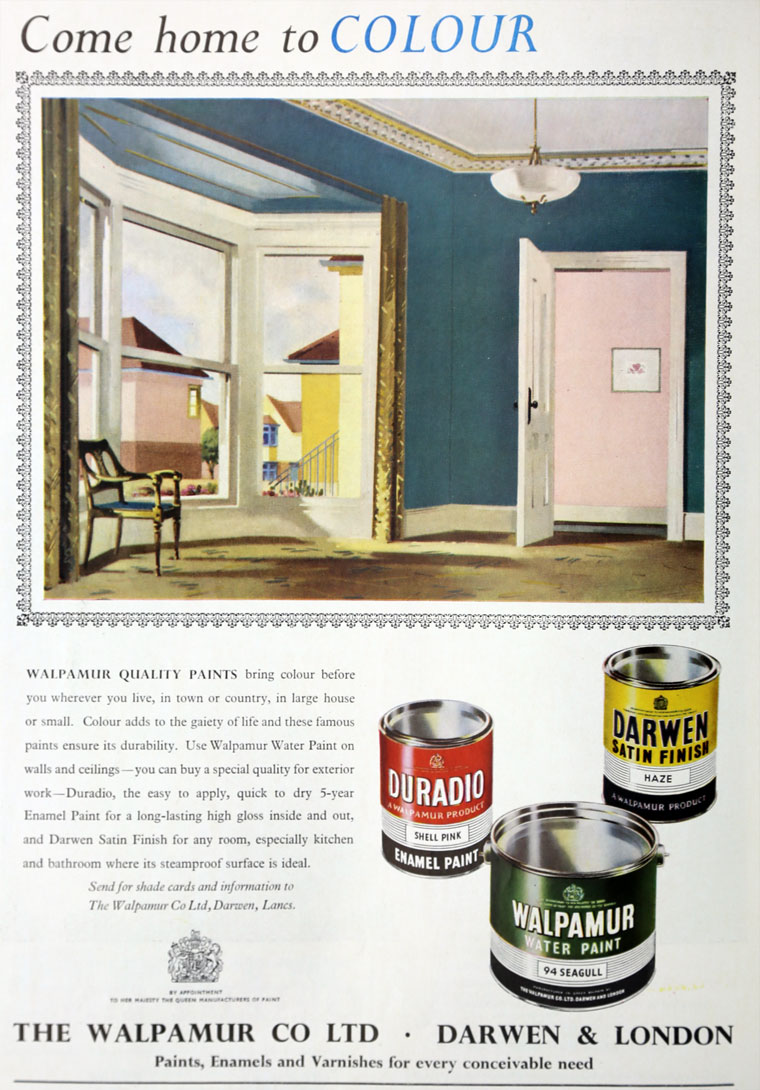 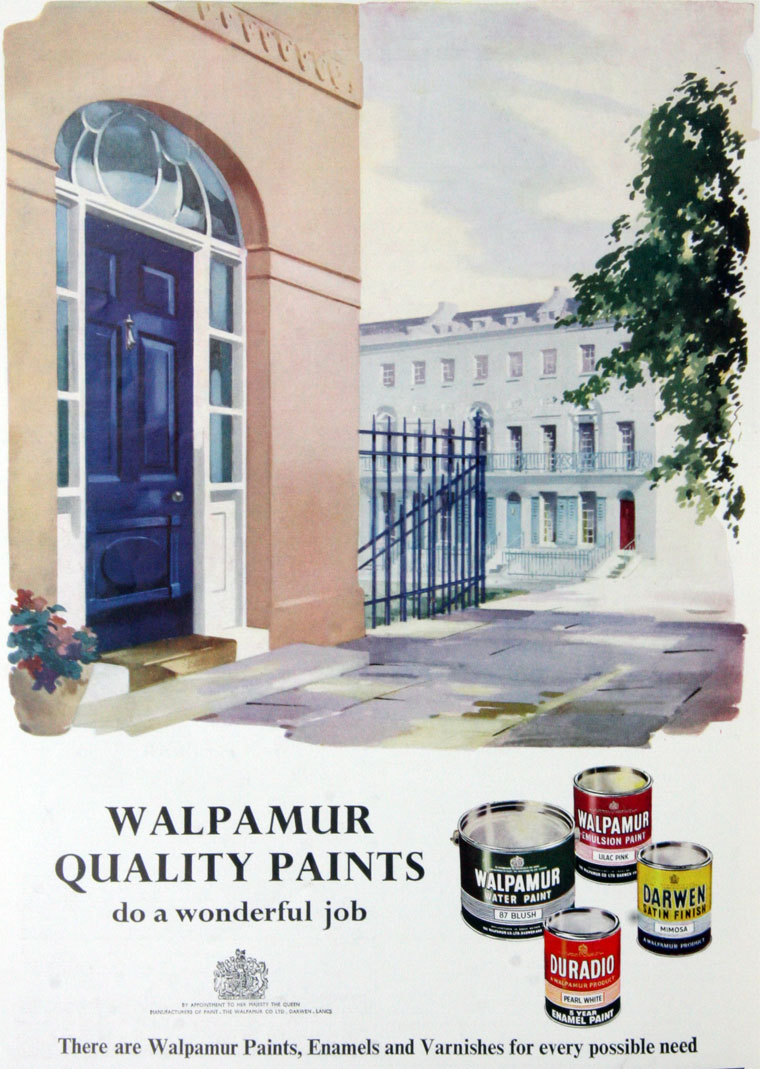 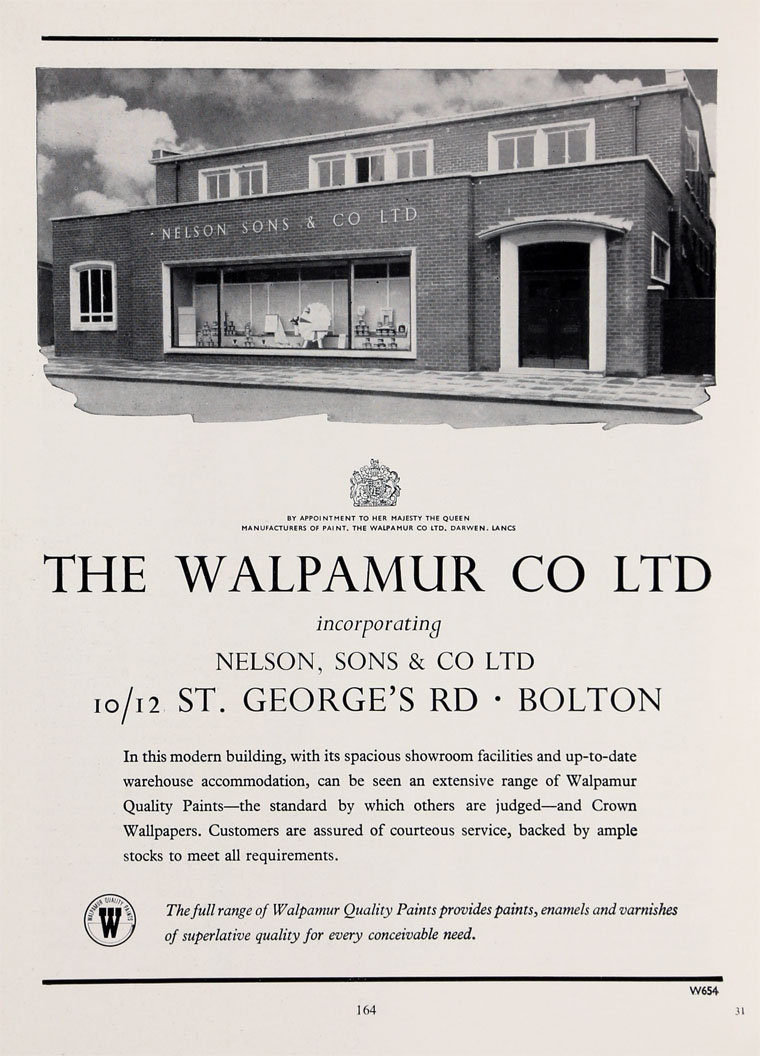 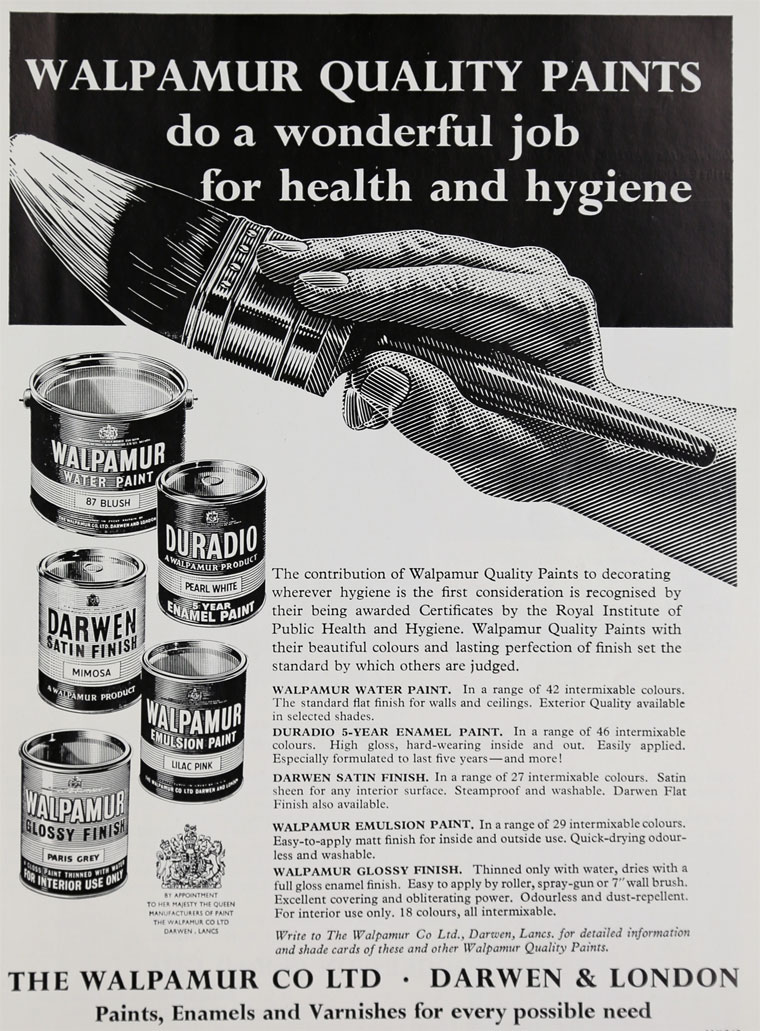 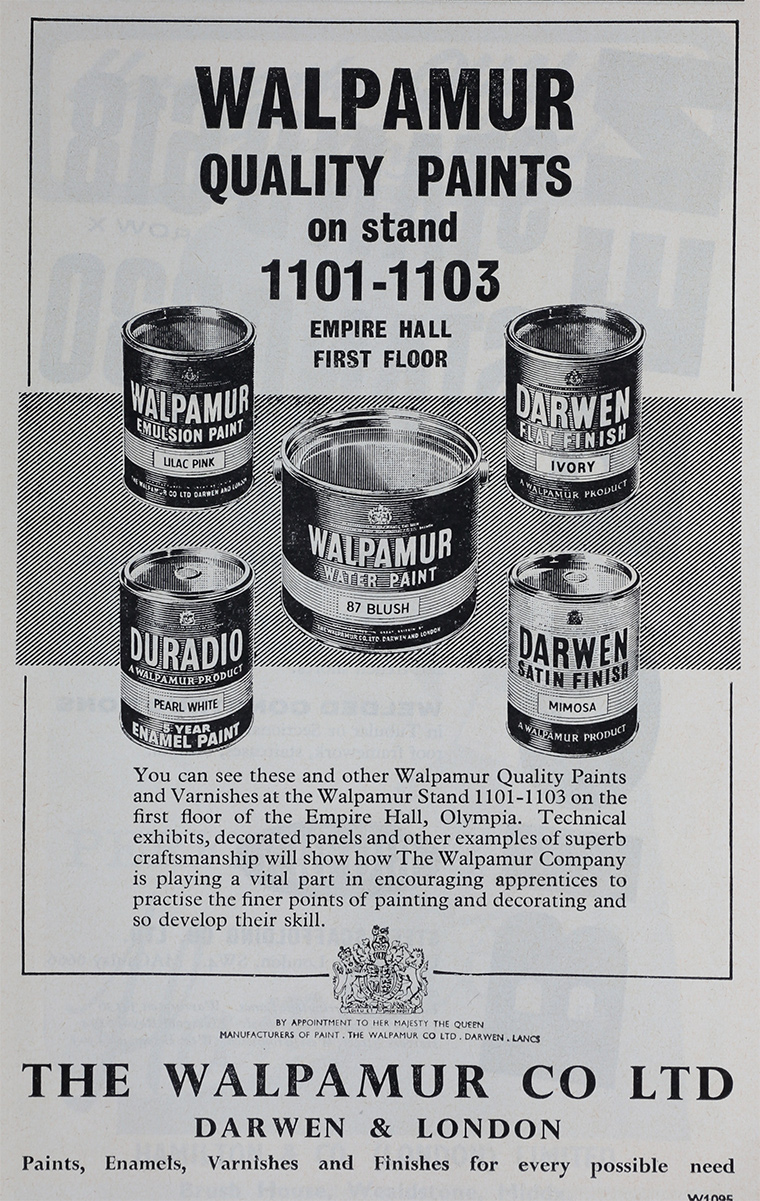 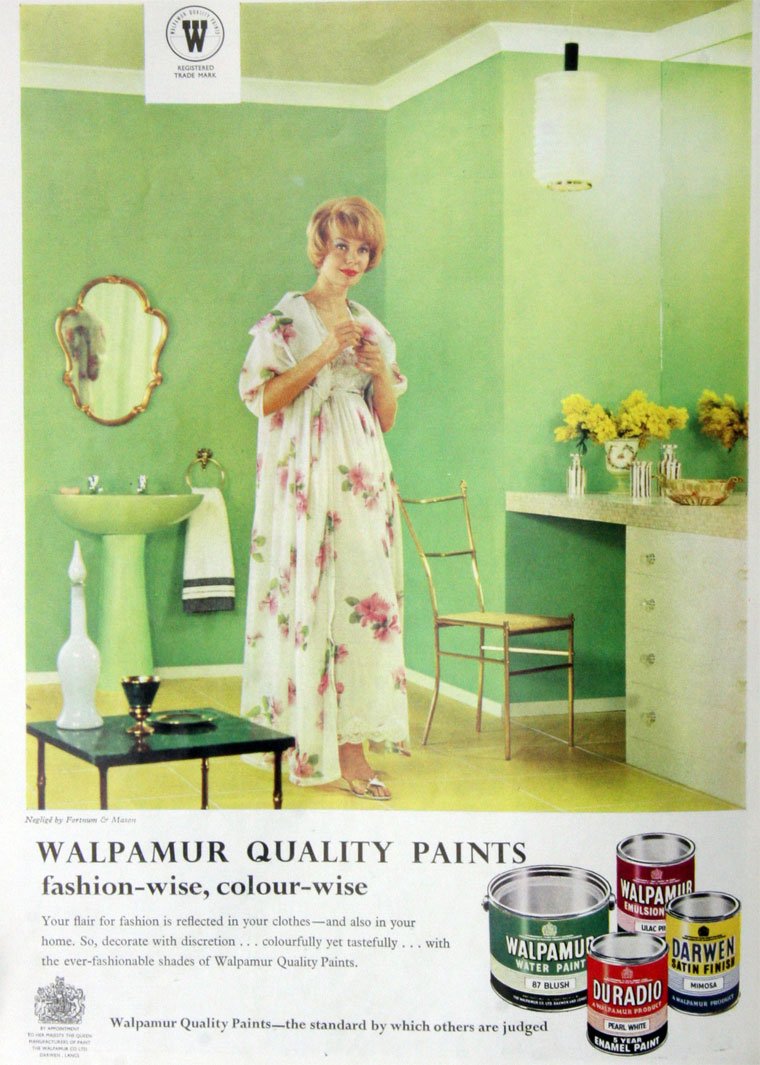 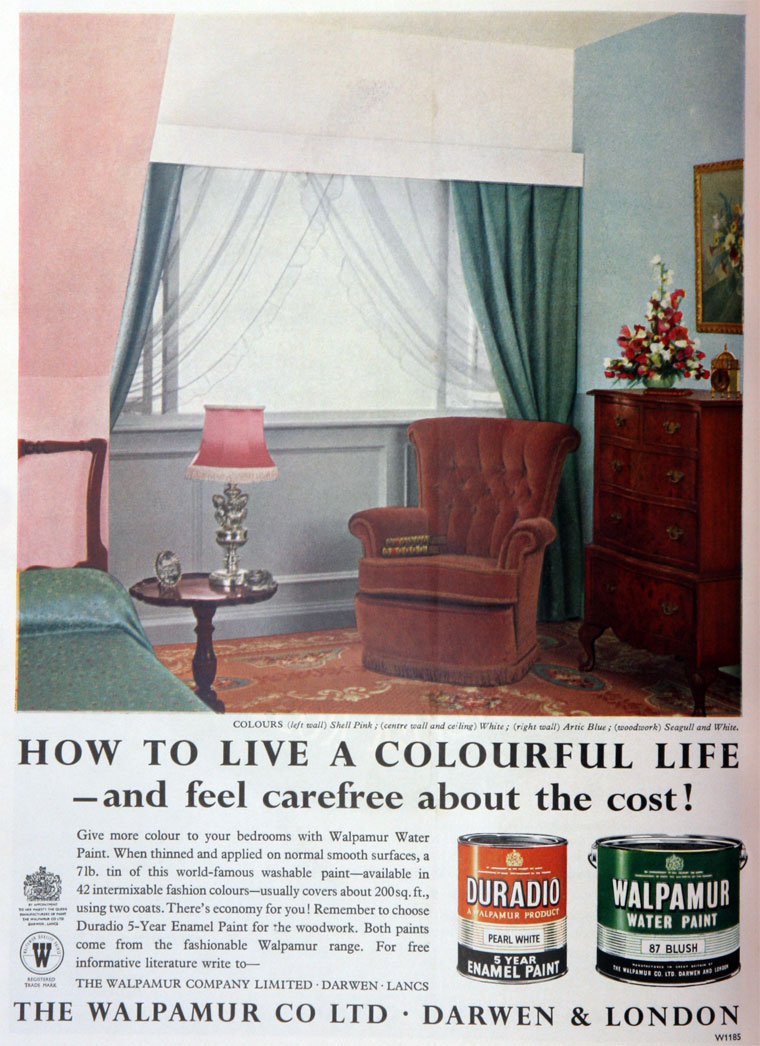 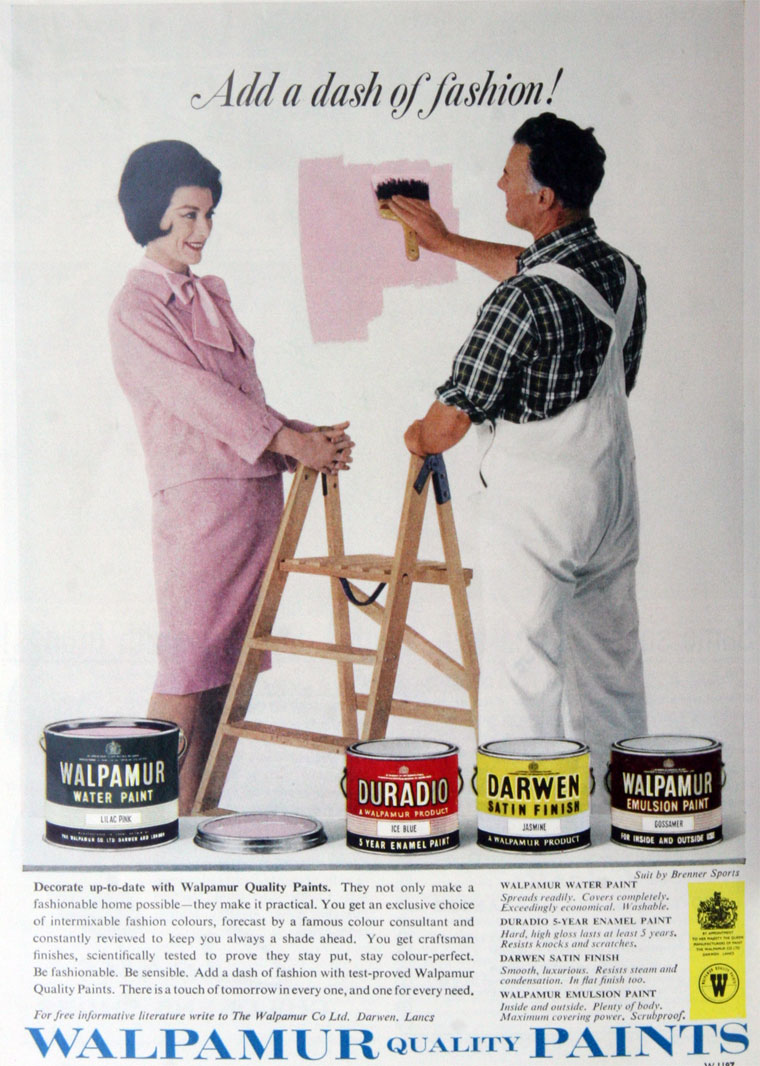 In 1904 the word "research" was not widely used to describe the type of investigations then being carried on in Darwen to devise a formula for making a reliable water paint. Nevertheless, this is precisely what was being done by W.P.M. in its laboratory at Hollins Paper Mills.

1906 As a result of the research which had taken place in the laboratory at Hollins Paper Mills, the Board of the W.P.M. decided to commence the manufacture of "Hollins" distemper in a small shed behind one of the mill buildings. The name of the product, which has since become universally known, was soon changed to "Walpamur".

After a somewhat shaky start the quality of the Walpamur product began to command attention, and it was eventually decided to set up a separate management for this branch. Sales representatives, whose sole job was to sell paint, and not to carry it as a sideline to wallpaper, were appointed under the new management, and on this basis the Walpamur Branch began to thrive.

The outbreak of war in 1914 brought many difficulties to the rapidly developing business. In its efforts to keep its plant fully employed the Walpamur branch launched out into the manufacture of a wide range of paints and became less dependent on its water paint.

1915 W.P.M. incorporated the company to handle the manufacture of paint. The branch was formed into a private limited company with a modest capital, and its name became The Walpamur Company Ltd.

Following the Armistice in 1918, The Walpamur Company Ltd. was able to take advantage of the trade boom to improve its position in the paint trade, and by 1922, it was able to offer a complete range of paints.

1922 Major J. G. G. Mellor, M.C. was appointed director in charge. The company underwent a process of complete reorganisation and the factory was rebuilt to obtain maximum output. The company also embarked on establishing depots throughout the country, to relieve the pressure on the central stockroom at Darwen. Delivery vehicles were stationed at each depot, and a start was made on switching log-distance deliveries from rail to road.

1928 A branch was established in Montreal. It developed rapidly and wihtin two years was turned into a subsidiary of The Walpamur Company Ltd., under the name The Crown Diamond Paint Company Ltd. to manufacture paints and varnishes.

The Walpamur Co. (Ireland) Ltd., was one of the earliest of the W.P.M.'s depots, opened in Dublin.

1929 The London paint making plant of A. Sanderson and Sons was transferred to The Walpamur Company Ltd.

From about 1934 the Walpamur Co. Ltd. acquired a considerable number of wholesale paint and wallpaper distributing companies which were merchanting WPM's wallpaper.

1949 In addition to the original water paint, well-known lines such as Duradio Enamel Paint and Muromatte Flat Oil Paint were available. By now the number of employees ran into four figures.

1949 Walpamur products received its hallmark when in 1949 the company was granted the Royal Warrant of Appointment of suppliers of Paint and Water Paint to His Majesty the King.

1949 A. Whittle was Chairman of the company.

Walpamur also developed a number of paint distributing depots under its own name, and in 1955 many of these also began handling WPM's wallpaper.