(Redirected from Central Electricity Generating Board)
Jump to: navigation, search 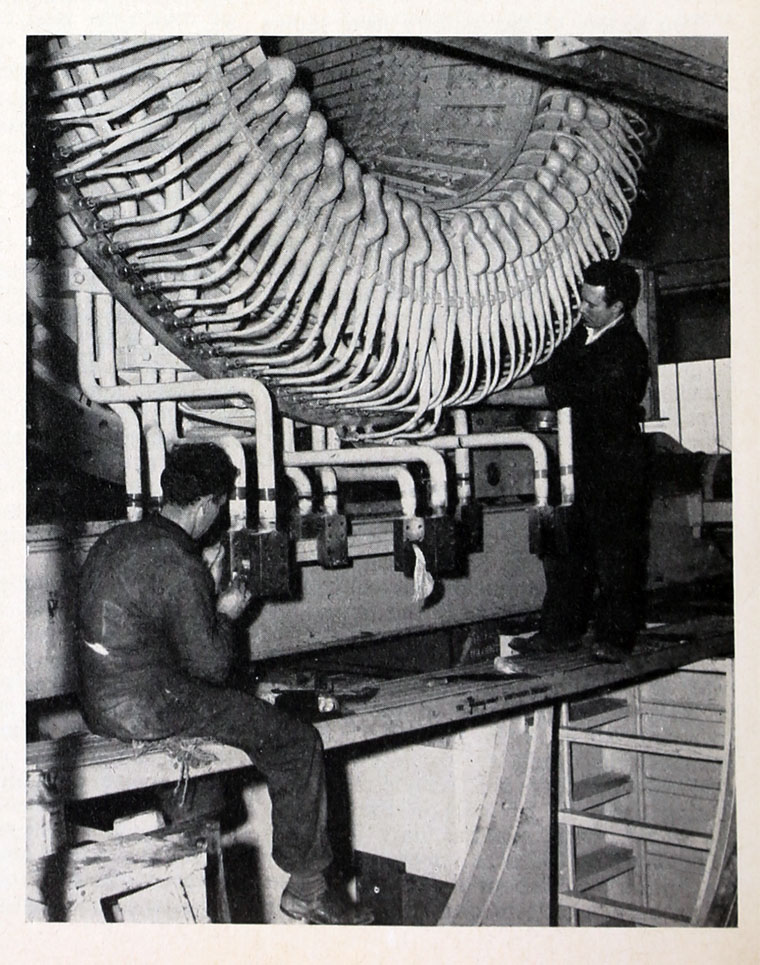 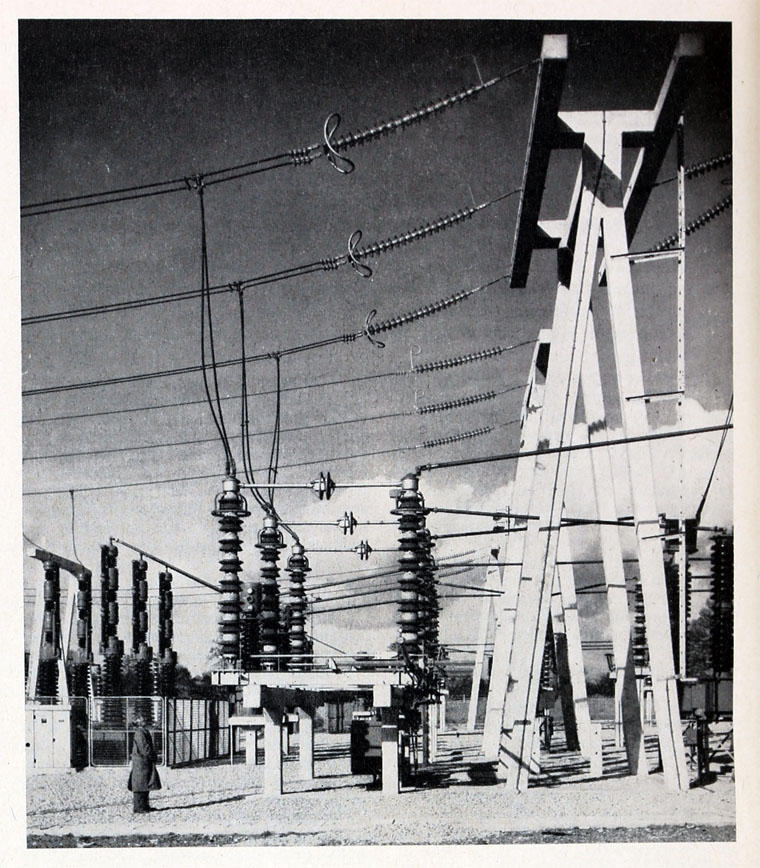 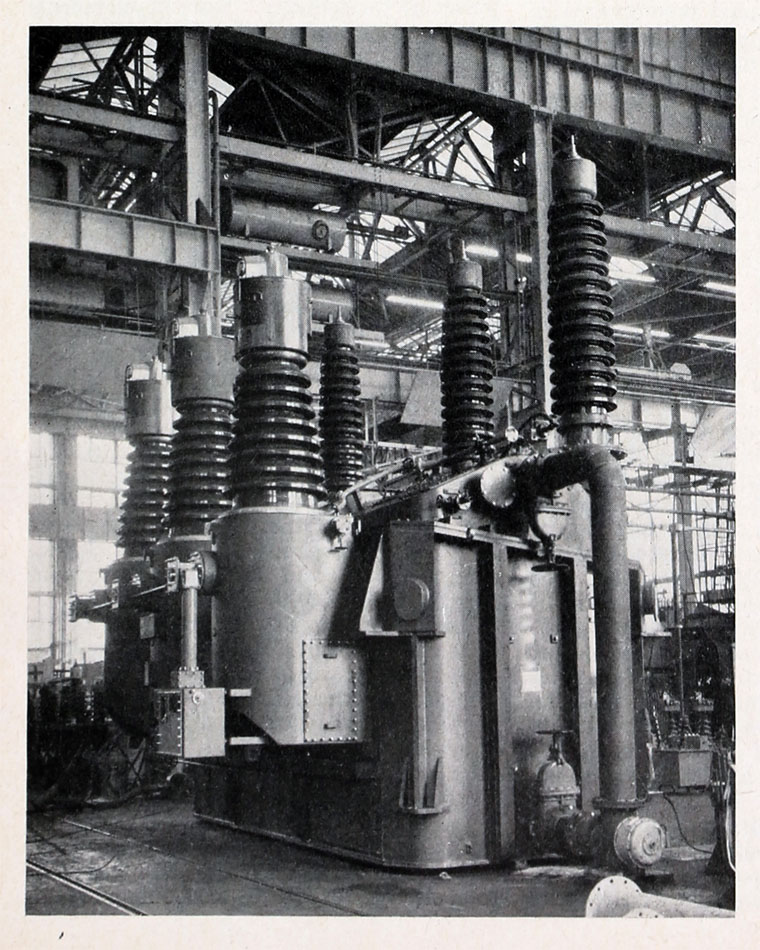 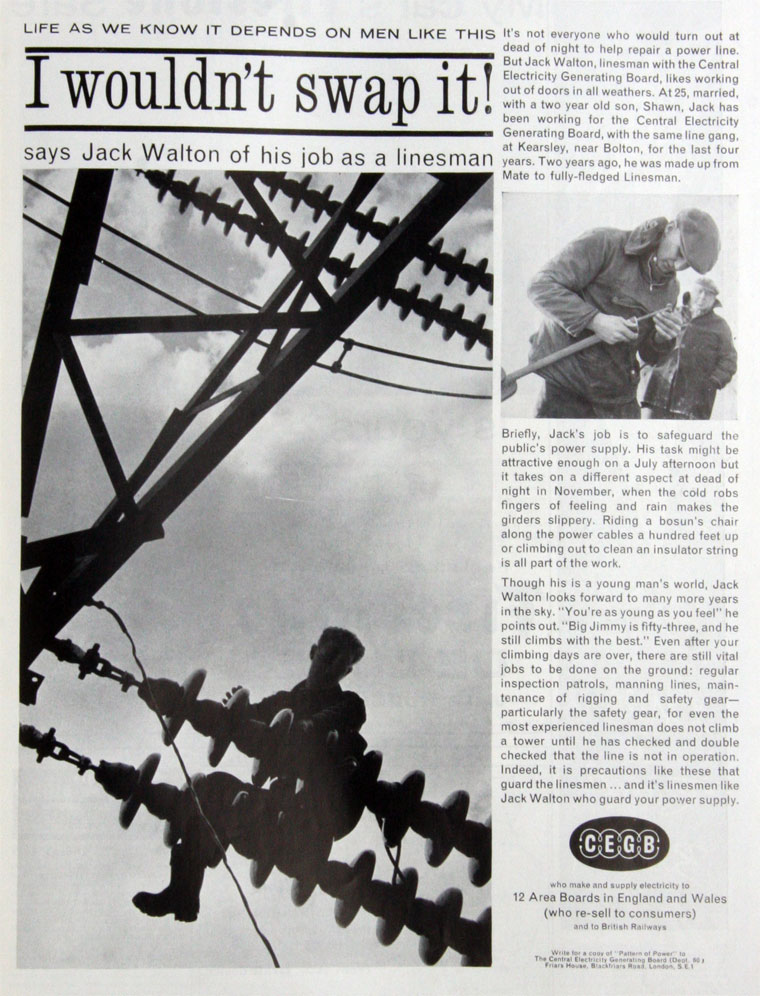 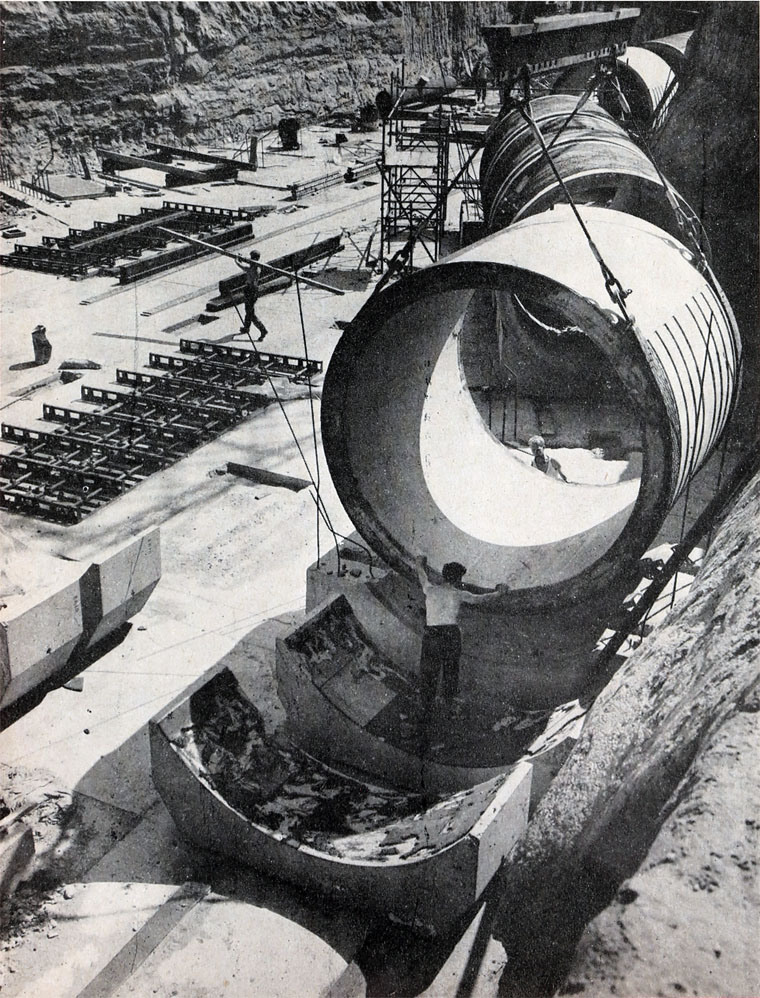 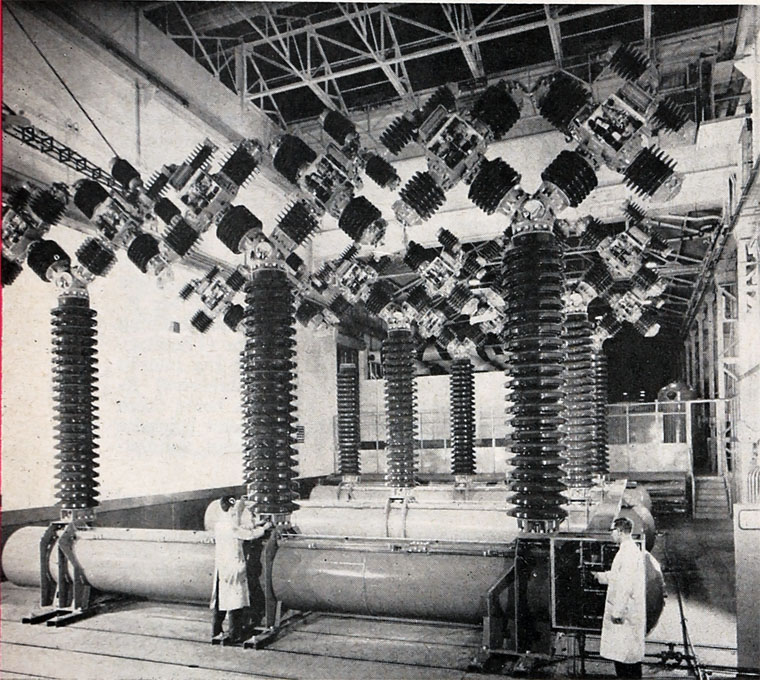 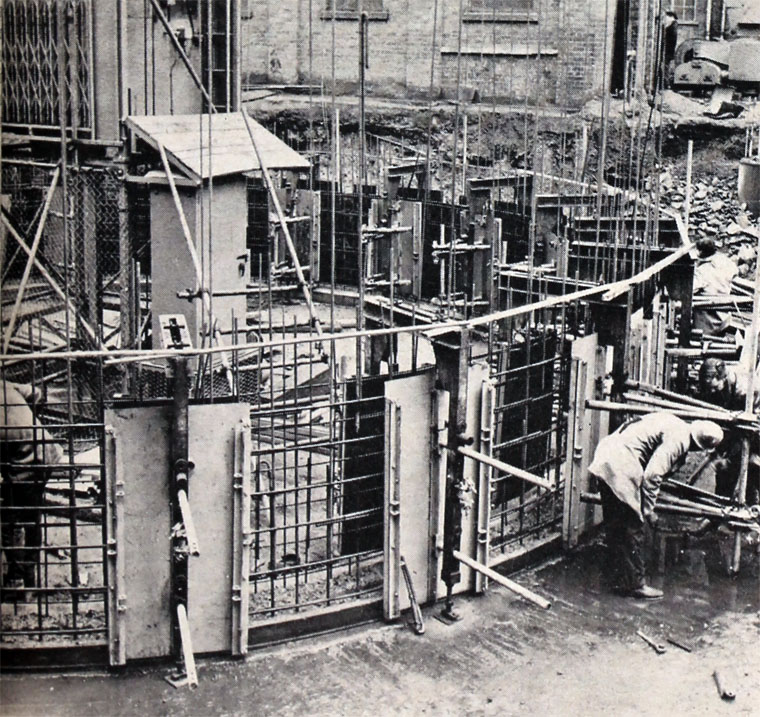 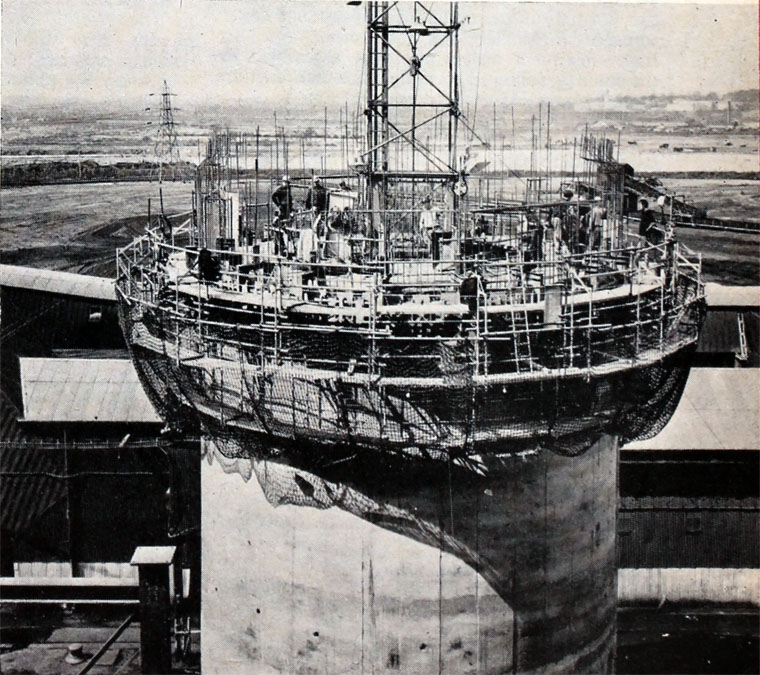 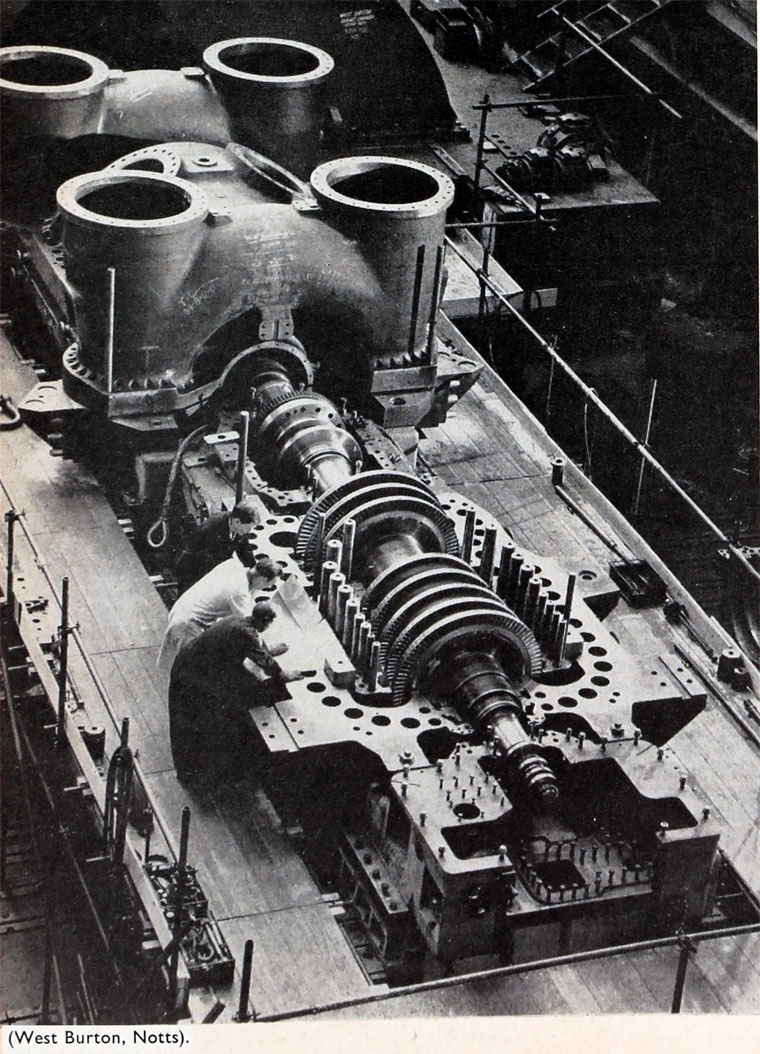 The Central Electricity Generating Board (CEGB) was the cornerstone of the British electricity industry for almost forty years, from 1957 to privatisation in the 1990s

1957 The CEGB was established by section 2 of the Electricity Act 1957, taking over many of the duties and powers of the Central Electricity Authority. It consisted of a chairman and seven to nine members, appointed by the Minister of Power, who had experience or capacity in "the generation or supply of electricity, industrial, commercial or financial matters, applied science, administration, or the organisation of workers"

At the centre was the National Control Room of the National Grid in London, which was part of the control hierarchy for the system. There were also both area and district grid control rooms, which were originally at Newcastle upon Tyne, Leeds, Manchester, Nottingham, Birmingham, St Albans, East Grinstead and Bristol. The shift control engineers who worked in these control rooms would cost, schedule and load dispatch an economic commitment of generation to the main interconnected system (the 400/275/132kV network) at an adequate level of security. They also had information about the running costs and availability of every power producing plant in England and Wales. They constantly anticipated demand, monitored and instructed power stations to increase, reduce or stop electricity production. They used what was known as the "merit order", a ranking of each generator in power stations based upon how much they cost to produce electricity. The objective was to ensure that electricity production was achieved at the lowest possible cost.

1990s The industry was privatized in stages.

There were five regions within the CEGB:

The Midlands Region was responsible for the operation of 38 power stations, over 170 sub-stations and nearly 2,000 miles of Grid transmission line in an area which covered 11,000 square miles. The region produced more than a quarter of the electricity used in England and Wales and had the lion’s share of the huge industrial construction programme mounted by the CEGB during the 1960s.

The North Eastern Region extended through Northumberland, Durham, the three Ridings of Yorkshire and Lindsey, North Lincolnshire. It was responsible for the operation of 32 power stations capable of producing 8,000 MW of electricity. 108 substations and over 1,200 route miles of overhead lines operating at 400 kV, 132 kV and 275 kV transmitted the electricity to the Yorkshire Electricity Board and the North Eastern Electricity Board for passing onto the customer.

The CEGB had an extensive R&D section with its three principal laboratories at Leatherhead (Central Electricity Research Laboratories, CERL); Marchwood Engineering Laboratory (MEL); and, Berkeley Nuclear Laboratories (BNL). There were also five regional facilities and four project groups, North, South the Midlands and the Transmission Project Group. These Scientific Service Departments had a base in each Region. A major SSD role was solving engineering problems with the several designs of 500 MW coal-fired generating units. These units had involved a significant increase in unit size and had many teething problems, most of which were solved, to result in reliable service and giving good experience towards the design of the later 660 MW units.

In the 1970s and 1980s, the R&D team developed the Cutlass programming language and application system for the real-time control of power stations.

1990s The electricity market in the UK was developed by breaking up the CEGB into four companies in the 1990s.

The shares in National Grid were distributed to the regional electricity companies prior to their own privatisation in 1990.

PowerGen and National Power were privatised in 1991, with 60% stakes in each company sold to investors, the remaining 40% being held by the UK government. The privatisation process was initially delayed as it was concluded that the "earlier decided nuclear power plant assets in National Power" would not be included in the private National Power. A new company was formed, Nuclear Electric, which would eventually own and operate the nuclear power assets, so the nuclear power stations were held in public ownership for a number of years.

1995, the government sold its remaining 40% stakes in the privatized companies, and the assets of Nuclear Electric and Scottish Nuclear were combined and then separated by technology - the combination process merged operations of UK's eight most advanced nuclear plants - seven Advanced Gas Cooled Reactor (AGR) and one Pressurised Water Reactor (PWR) - into a new private company founded in 1996, 'British Energy' (now 'EDF Energy'). The splitting process created a separate company in 1996 called Magnox Electric to hold the older Magnox reactors, later combined with BNFL.

Although electricity privatisation began in 1990, the CEGB continued to exist until the Central Electricity Generating Board (Dissolution) Order 2001, a statutory instrument, came into force on 9 November 2001.

After privatisation, CUTLASS systems in National Power were phased out and replaced largely with Advanced Plant Management System (APMS) - a SCADA solution developed in partnership by RWE npower and Thales UK. APMS itself has since become obsolete.

In contrast, PowerGen undertook a programme to port the entire CUTLASS system to current hardware. The most current version of Cutlass, 'PT-Cutlass Kit 9', runs on Motorola PPC-based hardware, with the engineering workstation and administrative functions provided by a standard Microsoft Windows PC. It is fully compatible (with a few minor exceptions) with the DEC PDP-11 version (kit 1) released by PowerGen and has a high level of compatibility with the final version of kit 1 formerly used at National Power. It is used at four UK power stations: Ratcliffe-on-Soar, Cottam, Fiddlers Ferry, and Ferrybridge.