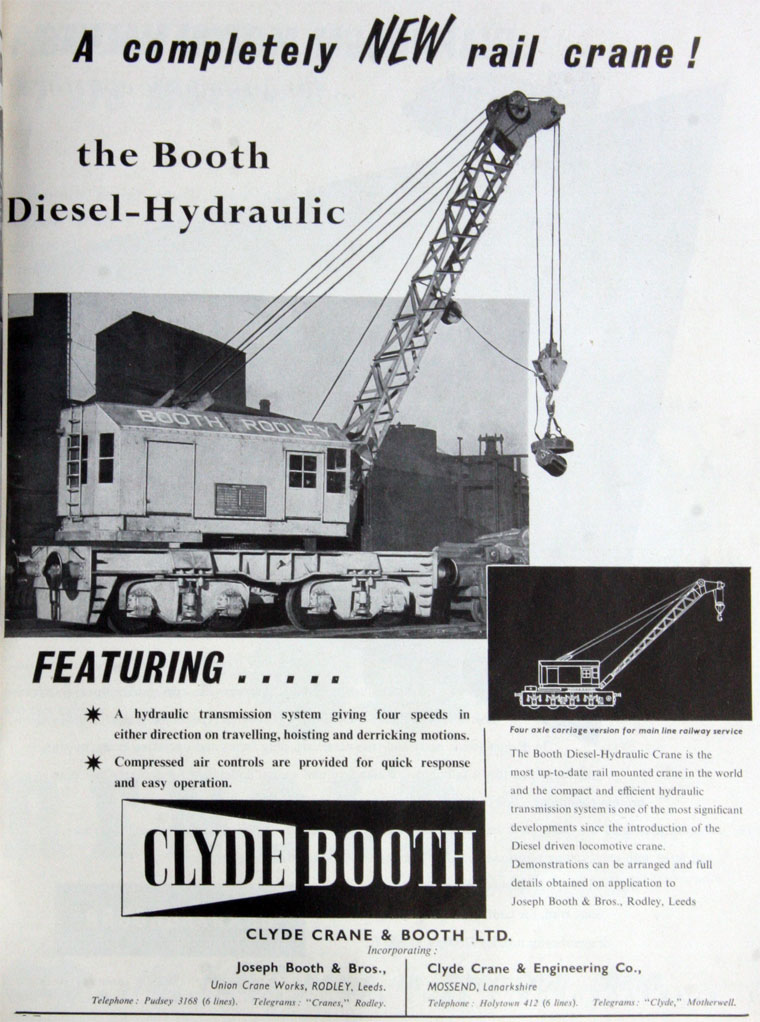 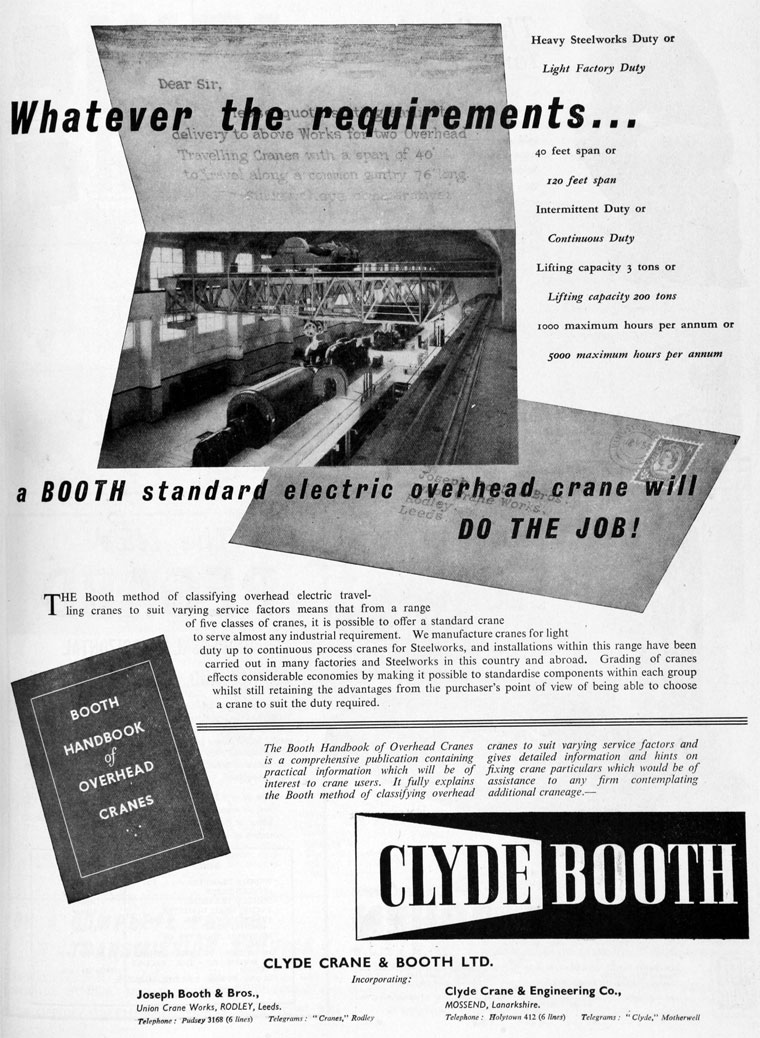 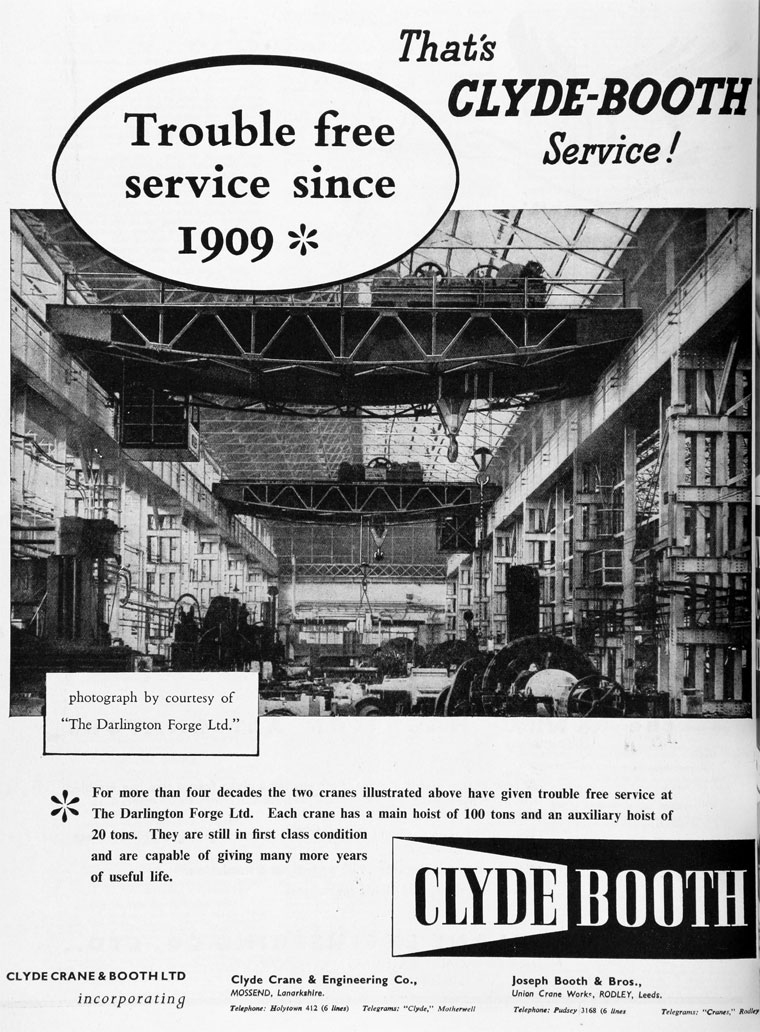 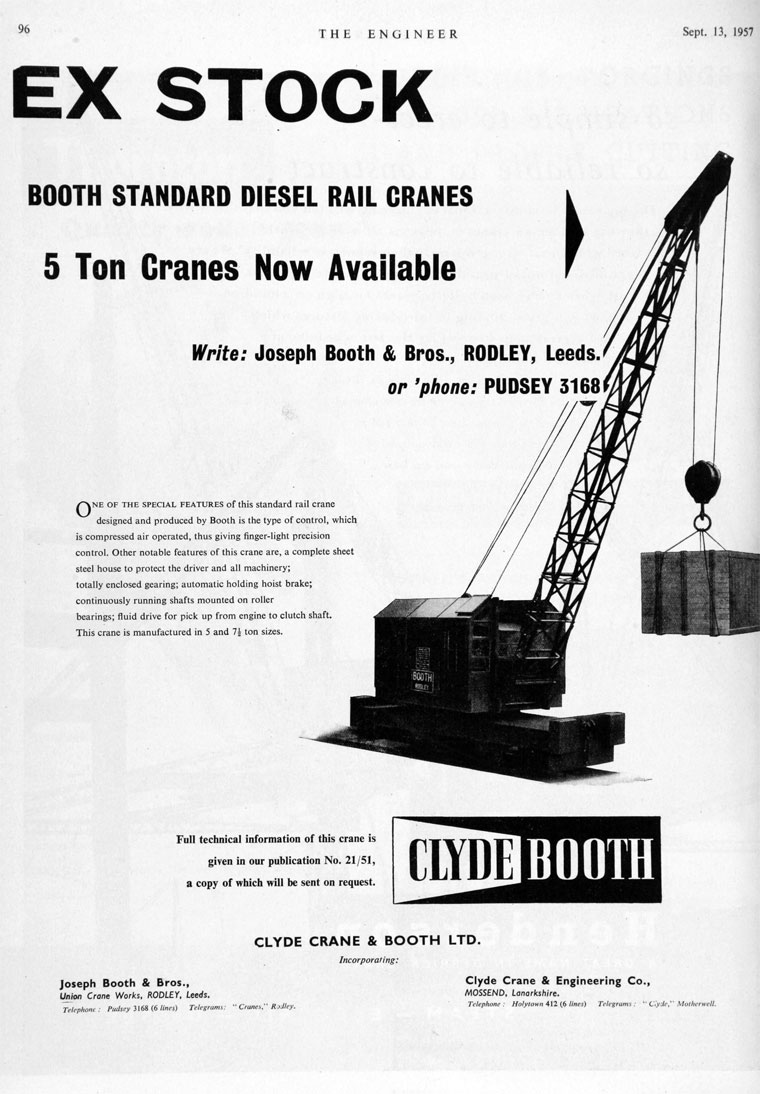 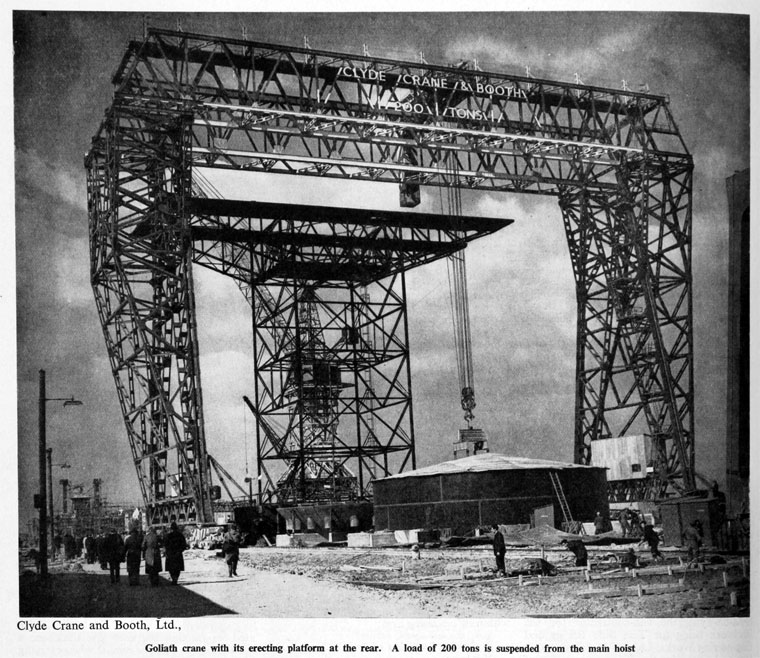 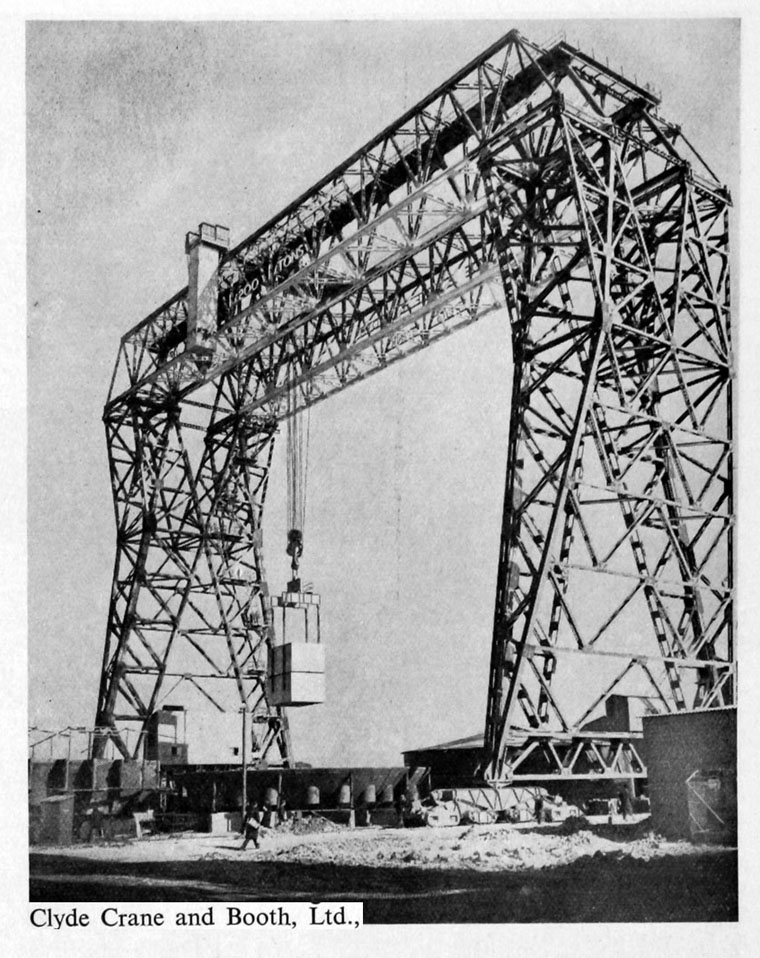 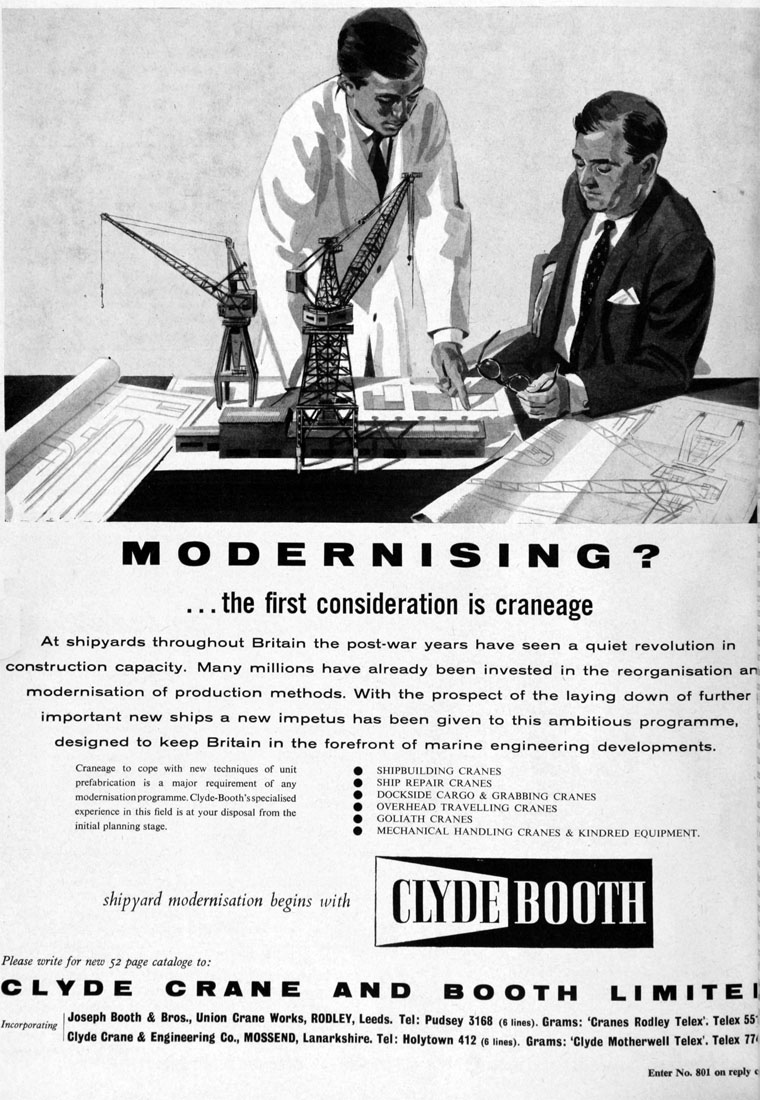 1937 Clyde Crane and Booth formed, to acquire the whole or any part of Clyde Crane and Engineering Co (from Clarke, Chapman and Co) and Joseph Booth and Brothers and to carry on the business of crane and girder manufacturers and engine builders[1].

1968 Taken over by Clarke, Chapman and Co, to form the nucleus of a new Crane and Bridge Division.

1969 Clarke, Chapman and Co took over bridge builder and heavy crane maker Sir William Arrol and Co and the 3 heavy-crane making companies in the Wellman Engineering Corporation with backing from the Industrial Reorganisation Corporation[3] including Wellman Cranes plus Clyde Crane and Booth which it already owned.

1970 Clarke, Chapman and Co took over the Thompson Group with the support of the Industrial Reorganisation Corporation; new company called Clarke Chapman-John Thompson. [4]. This new group included a Crane & Bridge Division which contained the companies that had been brought together the previous year.