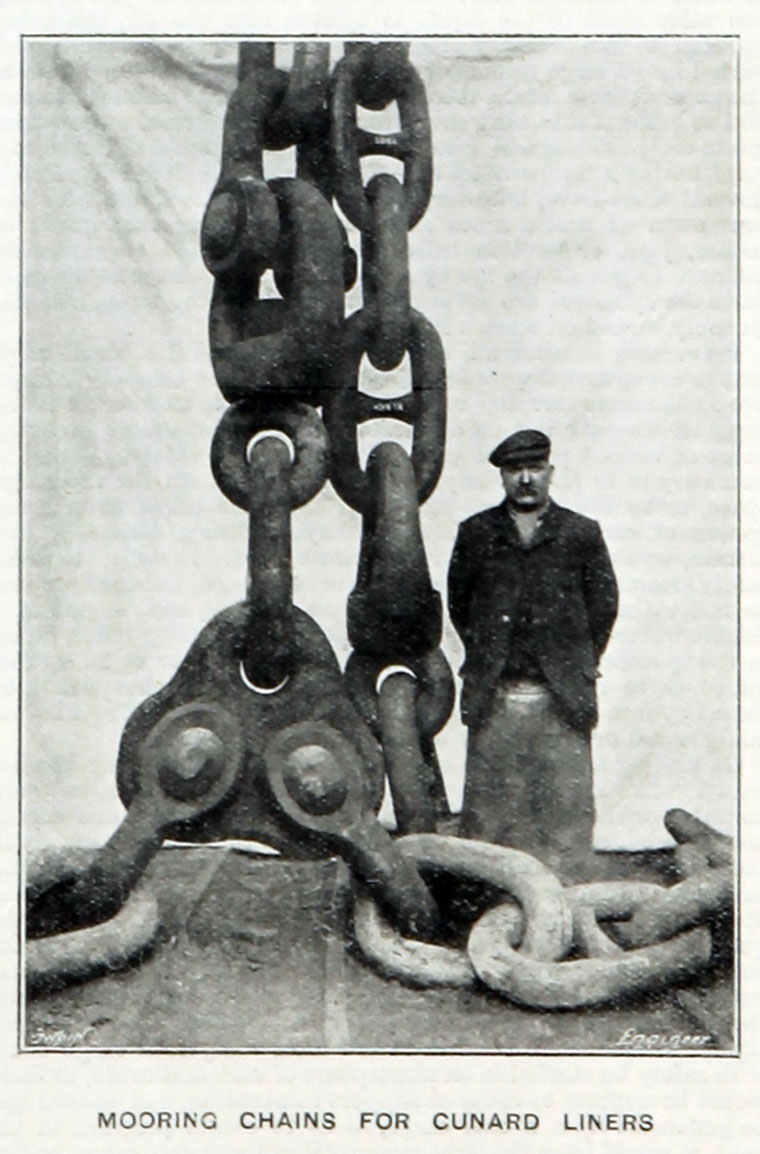 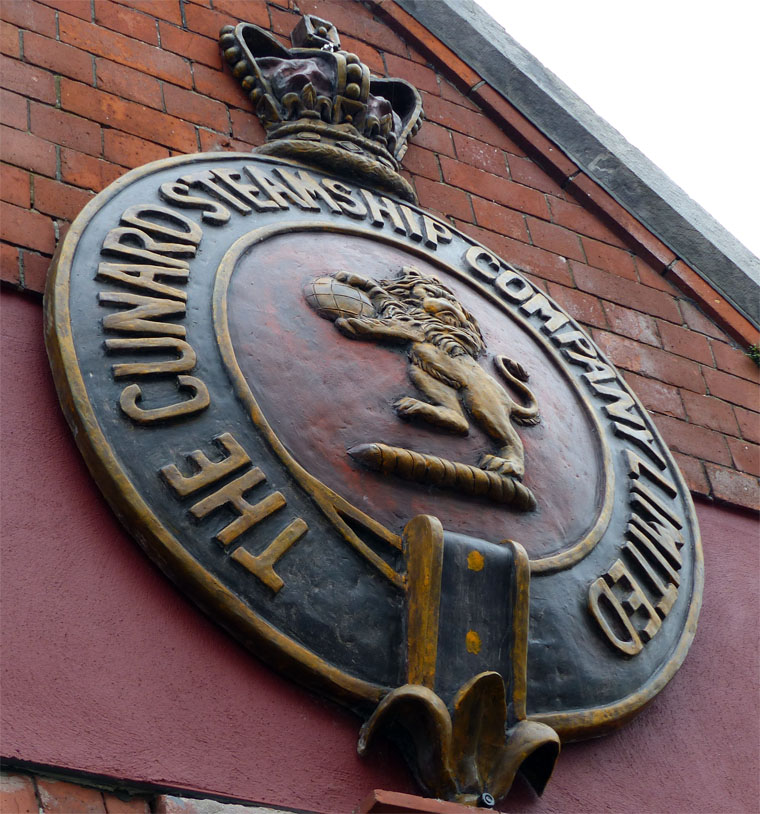 1878 The firm became Cunard Steamship Company Ltd. The company was registered on 23 May.

The fleet was modernised.

1885 Gold medal for invention of the Transatlantic steamer Etruria

1893 The 14,000-ton twin-screw liners, RMS Campania and RMS Lucania were milestones in terms of both size and speed.

By 1902 with the formation of the American combine, the International Mercantile Marine, and German competition, the company was under threat.

1904 The company took the bold step of building the steam turbine-powered 20,000-ton RMS Carmania. Its success led to the building (with government assistance) of two 32,000-ton express liners, Mauretania and Lusitania.

1907 The company entered into an agreement with his Majesty's government, by which it undertook to build two large steamers, the agreement to be in force for twenty years from the date of the sailing of the second vessel; these two steamers, the RMS Mauretania and RMS Lusitania were completed this year[1] and captured the Blue Riband

Cunard faced many competitors from Britain, France, the United States and Germany, but survived them all. This was mainly due to a great focus on safety. Cunard ships were usually not the largest or the fastest but they earned a reputation for being the most reliable and the safest.

Between 1914 and 1918 Cunard Line built its European headquarters in Liverpool. The grand neo-Classical Cunard Building was to be the third of Liverpool's 'Three Graces'. The headquarters were used by Cunard until the 1960s.

WWI The company lost thirteen of its twenty-six ships, including Lusitania, which was torpedoed in 1915. Carmania fought a notable action as an armed merchant cruiser and other vessels were used as transports, hospital ships, armed cruisers and a seaplane carrier.

After the war the fleet was rebuilt and included the ex-German liner RMS Berengaria (formerly Imperator).

1919 The express service was moved from Liverpool to Southampton

See Cunard Line: Ships and read its history summarised in The Engineer 1893/03/03.