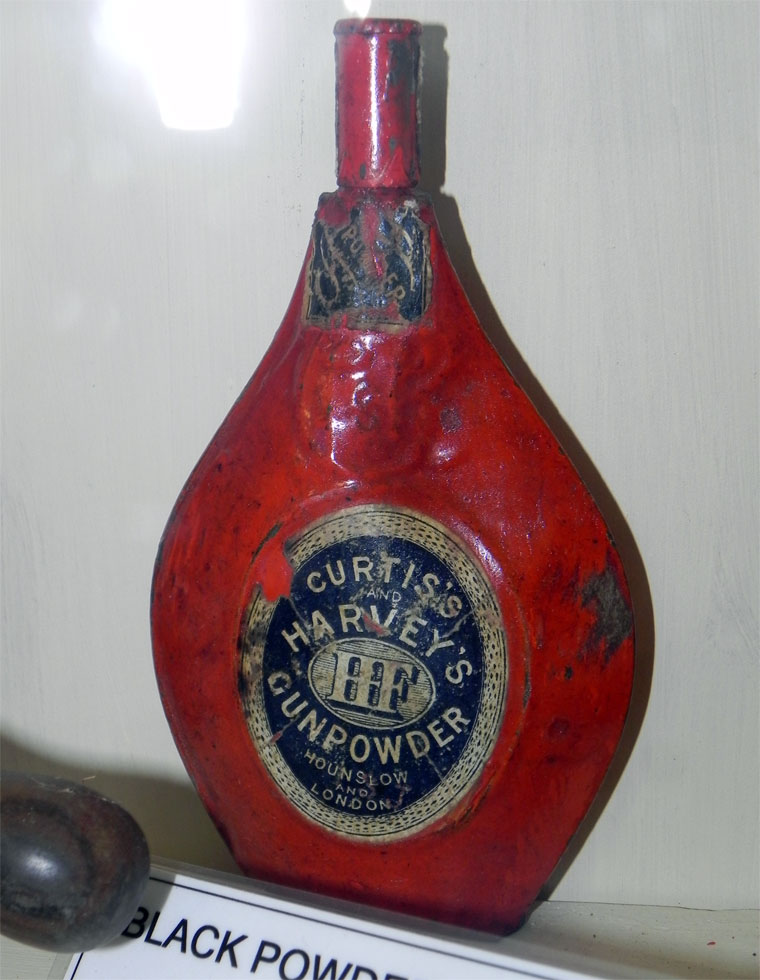 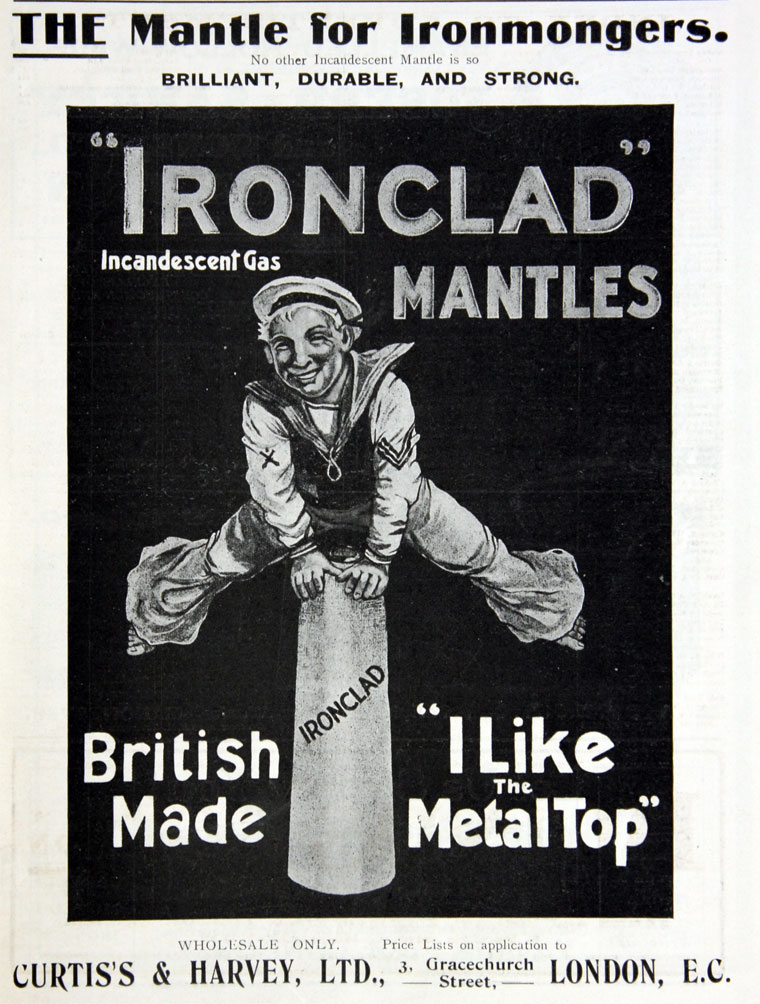 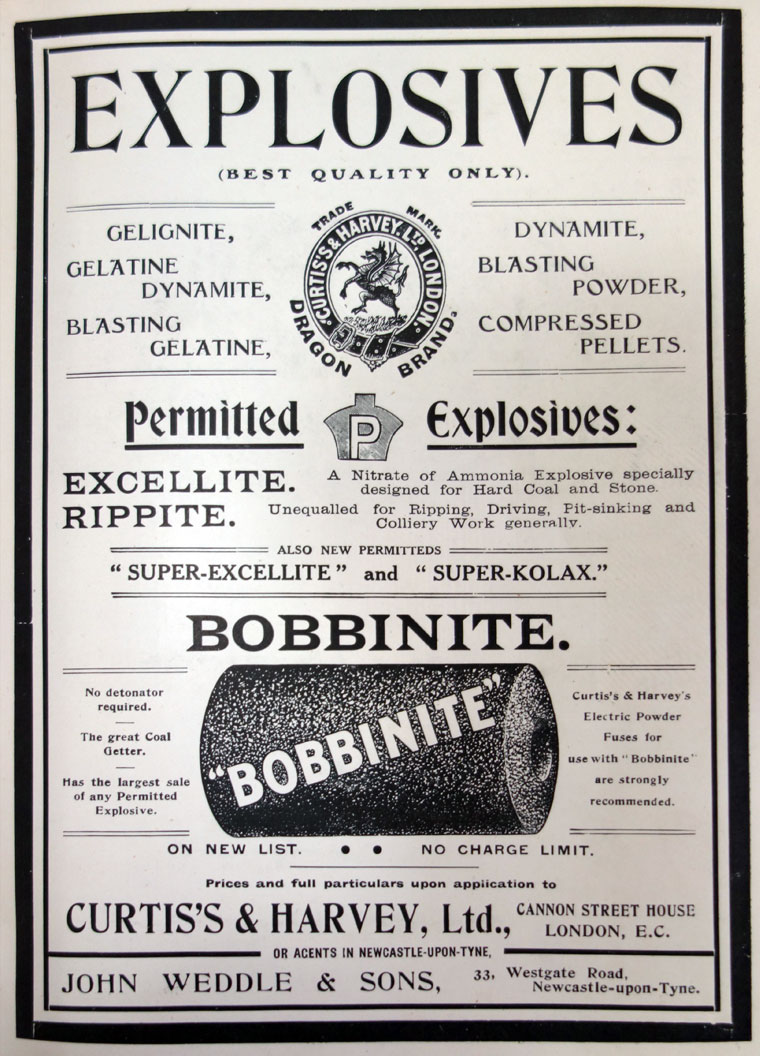 1820 Company established Sir William Curtis, Bt, a banker, and W. G. Harvey, to exploit a gunpowder works at Hounslow that dated back to the early 18th century or before.

Further works were subsequently acquired, including the Tonbridge Powder Mills in 1859, and those of the Kames's Gunpowder Co in 1886.

1898 Incorporated as a Limited Company. The company was registered on 24 November, to take over the businesses of certain firms and companies manufacturing black and smokeless military and blasting powders, including Curtis's and Harvey, John Hall and Son, Pigou, Wilks and Laurence. [2]. It already included Kames's Gunpowder Co; others which were included in the new combination were Hay, Merricks and Co, Ballincollig Royal Gunpowder Mills Co, Midlothian Gunpowder Co, Kennall Gunpowder Co, East Cornwall Gunpowder Co[3]

1907 Started to manufacture gas mantles, with a factory at Dartford; it soon becoming the largest manufacturer in England.

1920 Recognising that the production of gas mantles had become more than a sideline, a new subsidiary was established Record Gas Mantle Co Ltd which acquired the Ironclad mantle activity[6].

1930 ICI, which had a controlling interest in Lighting Trades, purchased the remaining shares for cash[7].