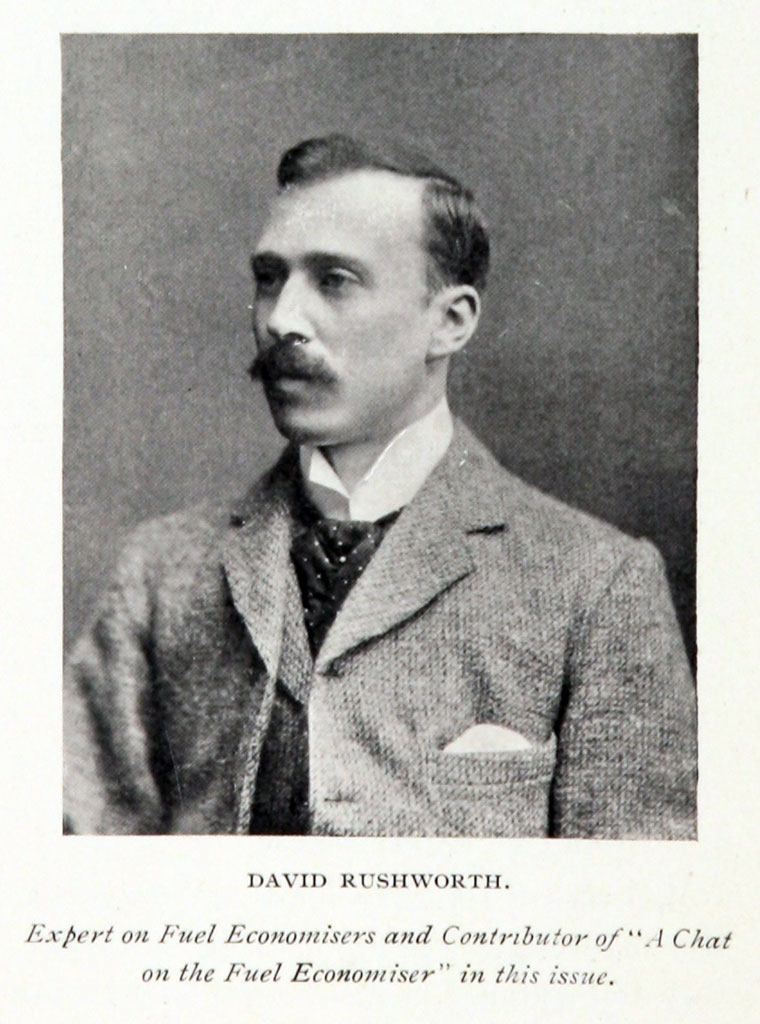 David Rushworth (1870-1933), of the Clay Cross Co. Expert on fuel economisers and contributor to The Engineering Times.

DAVID RUSHWORTH had been for thirty-seven years manager of the fuel economizer department of the Clay Cross Company, and was also chairman and managing director of Power House Components, Nottingham. He had been concerned with fuel economizers since 1885, when he commenced an apprenticeship with Messrs. Arthur Lowcock, of Manchester and Shrewsbury.

He was born in Manchester in 1870, and on the completion of his apprenticeship with Messrs. Lowcock, in 1890, he was engaged as a draughtsman by the Sykes Improved Fuel Economizer Company and a year later joined Messrs. E. Green and Son, of Manchester and Wakefield in the same capacity.

Mr. Rushworth had been responsible for the erection of the whole of the buildings and special plant for the Clay Cross Company for the manufacture of fuel economizers. He also developed systems for the removal of soot deposits from the lower part of economizer chambers and for devices to improve circulation and heat transfer. He was concerned with the installation of a large number of economizer plants in various parts of the world, and was largely responsible for the model power plant installed at the New Highfields University, Nottingham.

Mr. Rushworth was elected to Associate Membership of the Institution in 1906.