Grace's Guide is the leading source of historical information on industry and manufacturing in Britain. This web publication contains 148,531 pages of information and 233,960 images on early companies, their products and the people who designed and built them. 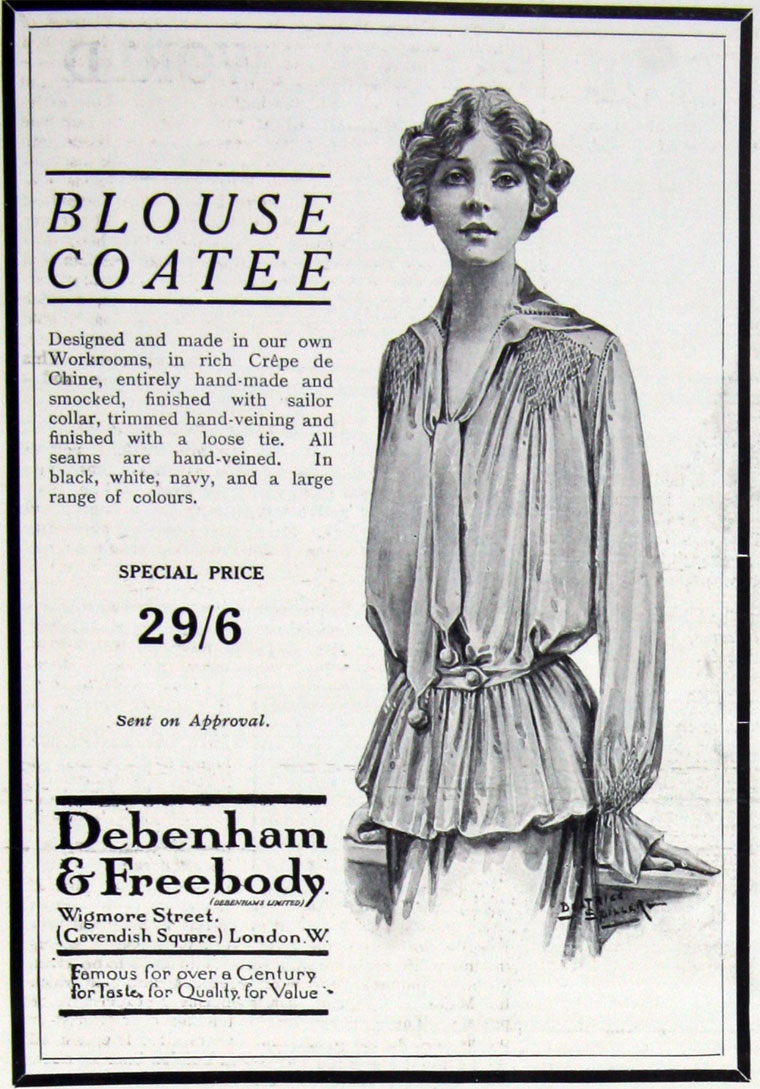 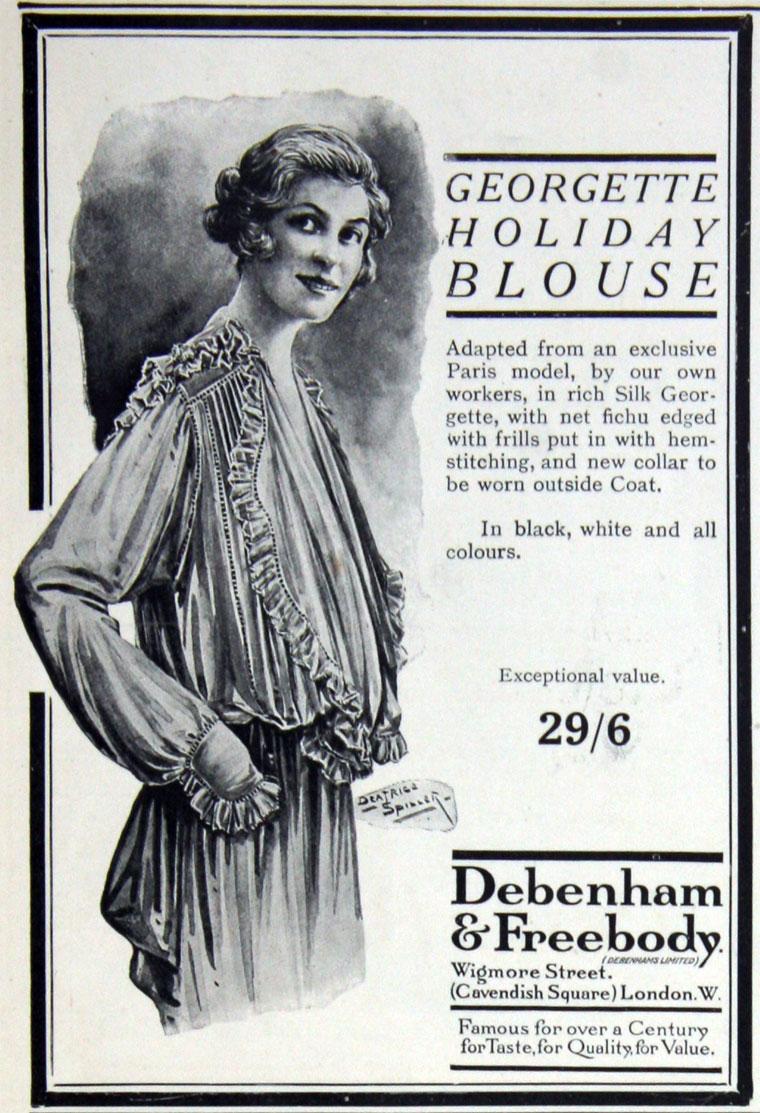 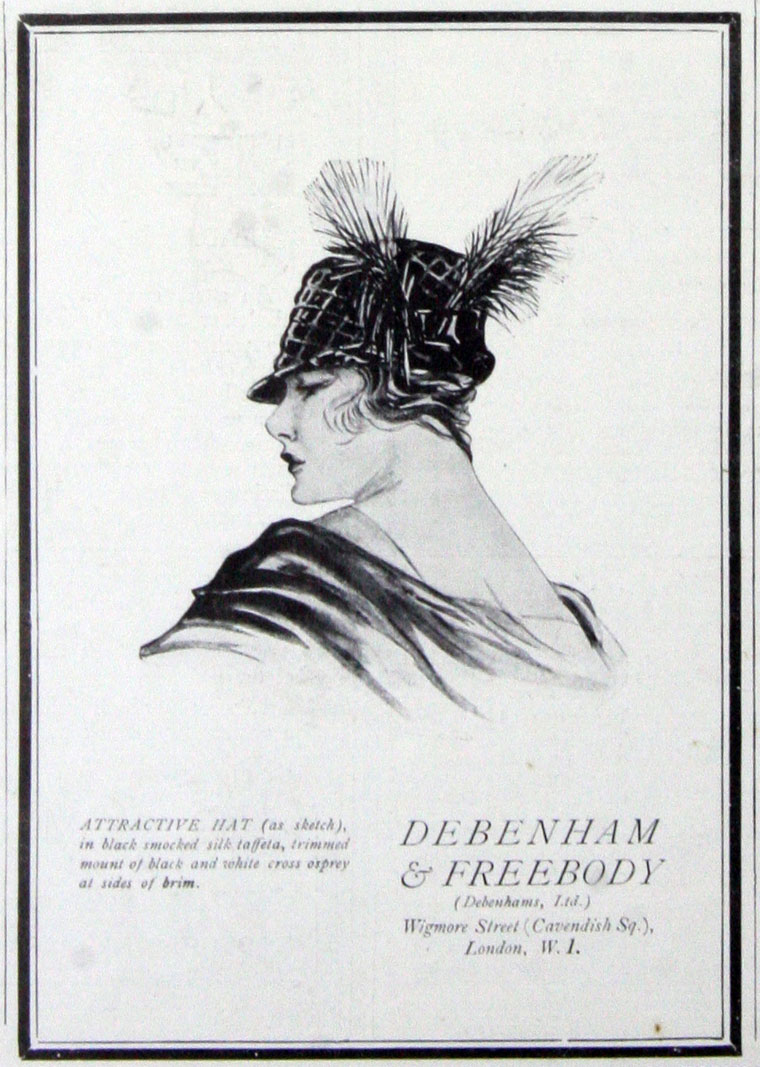 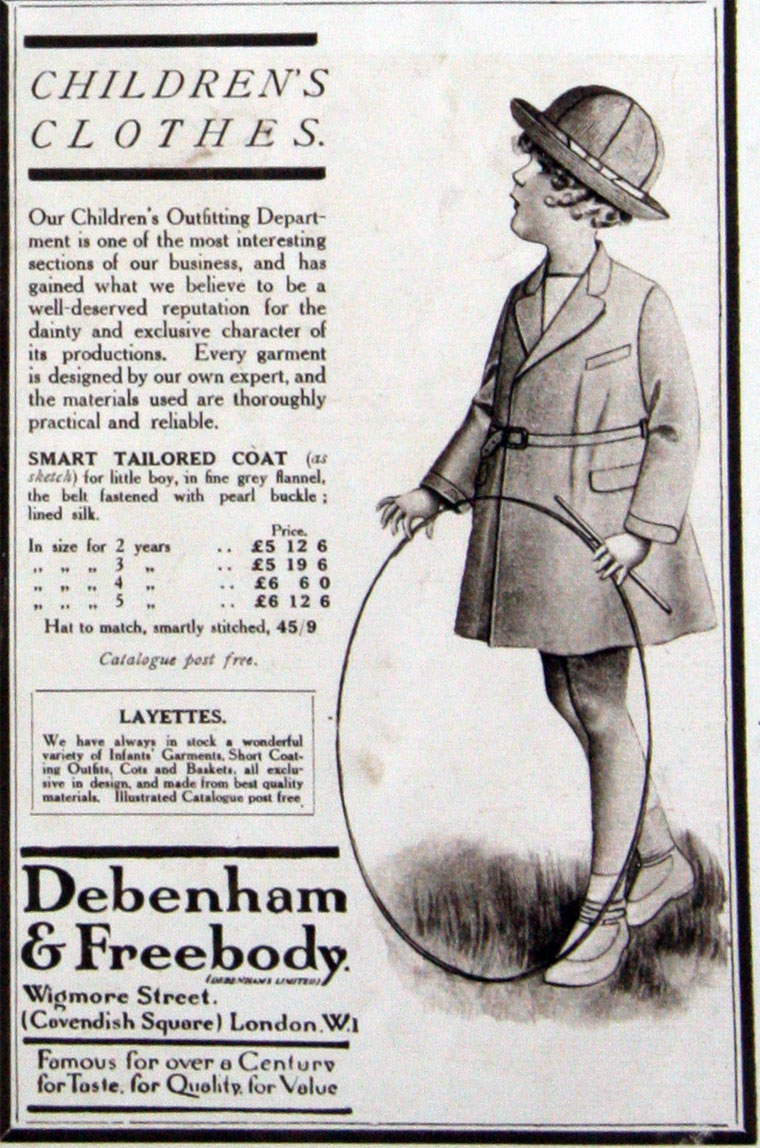 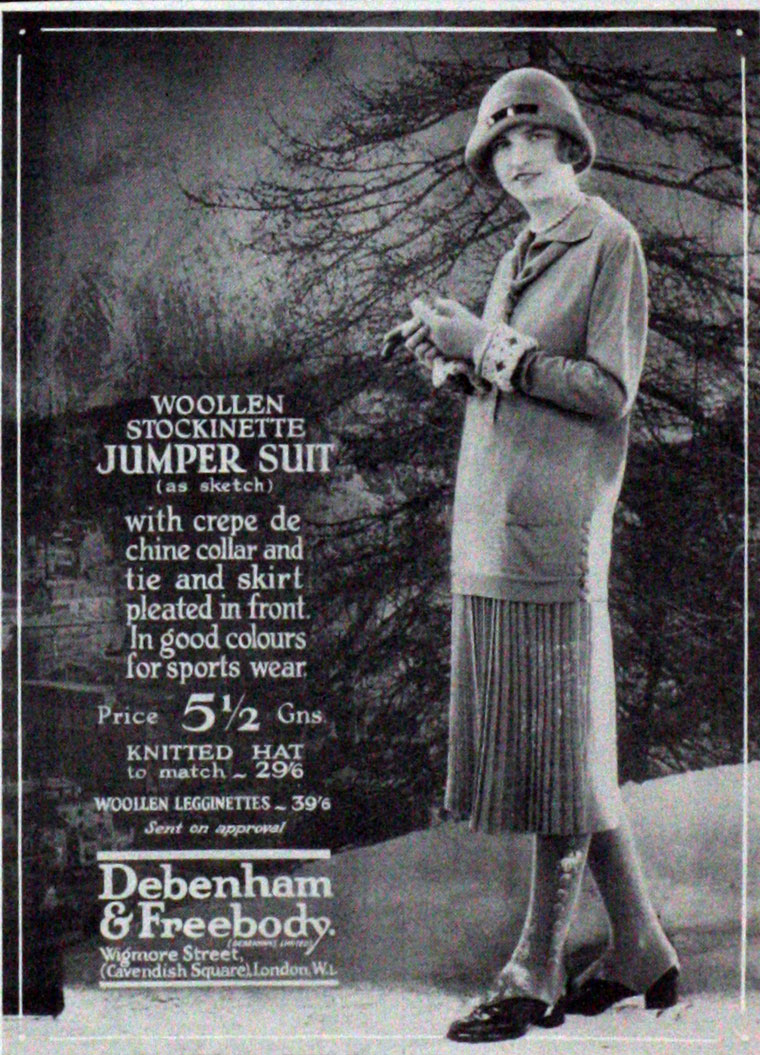 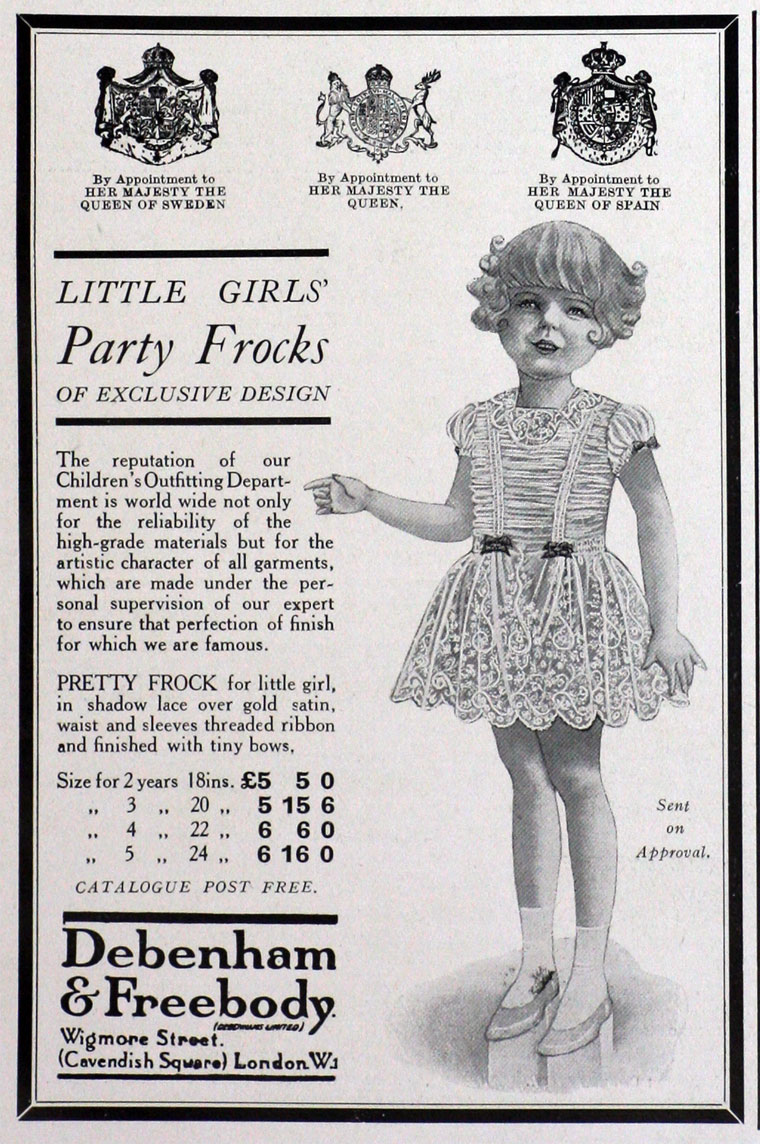 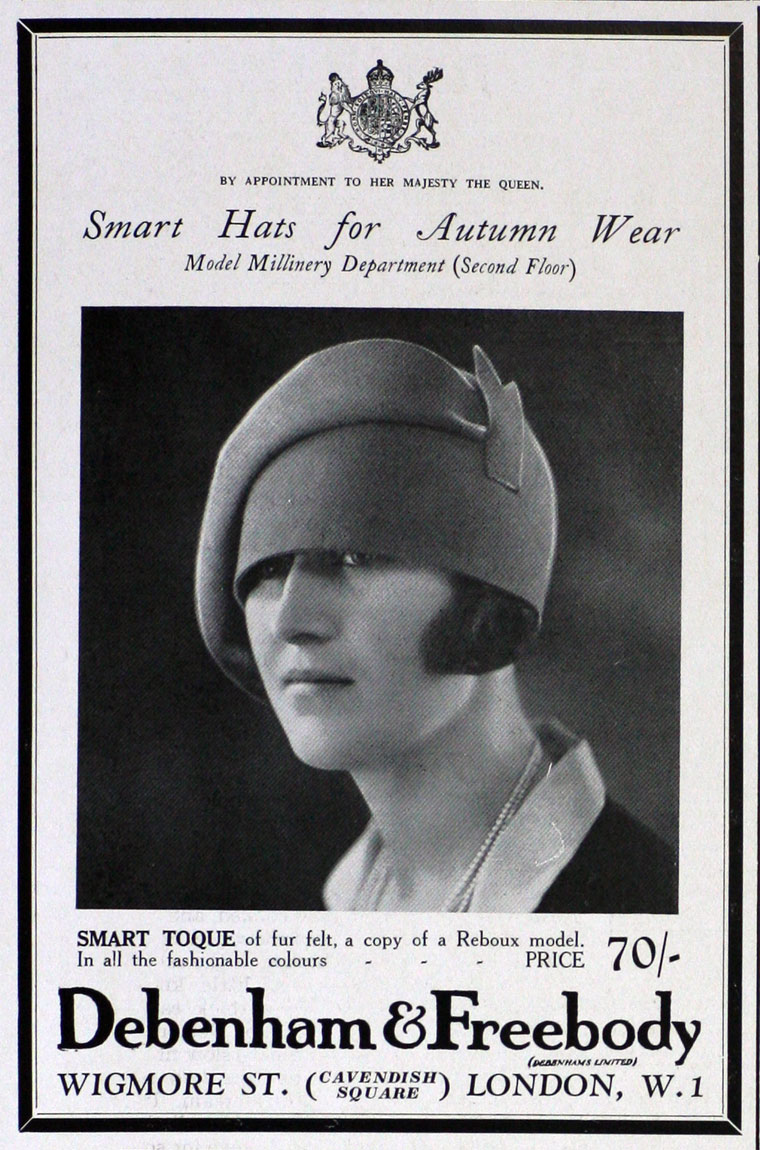 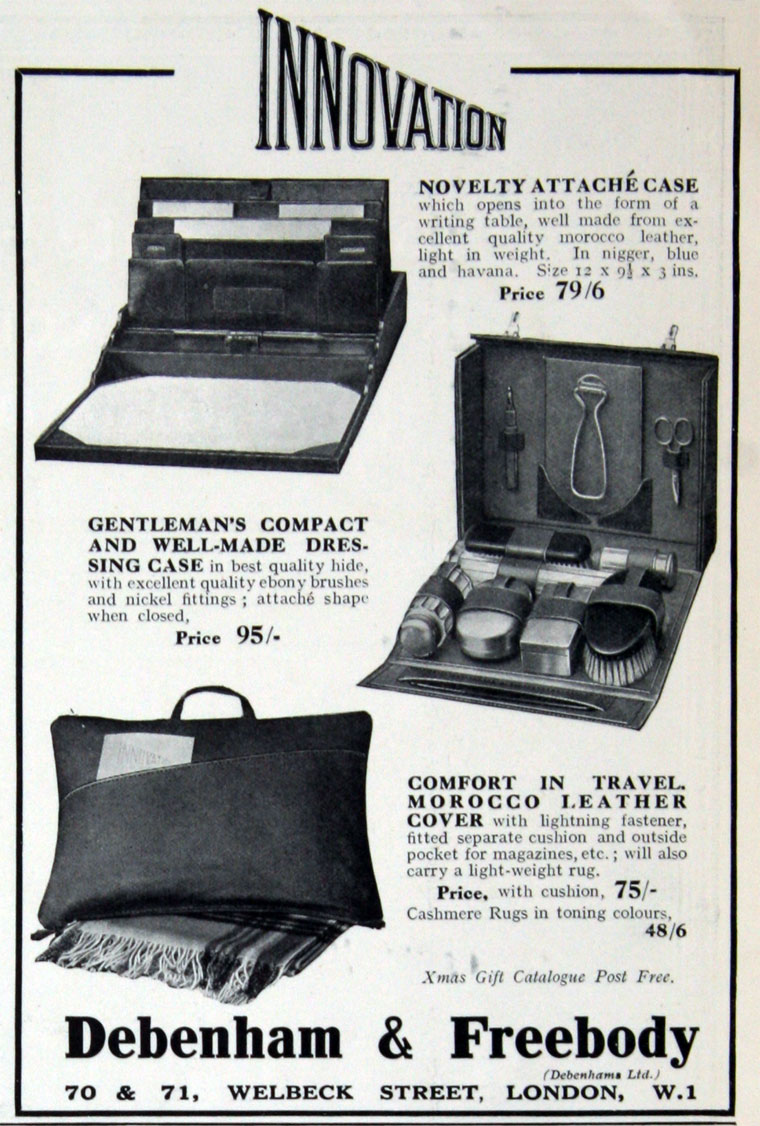 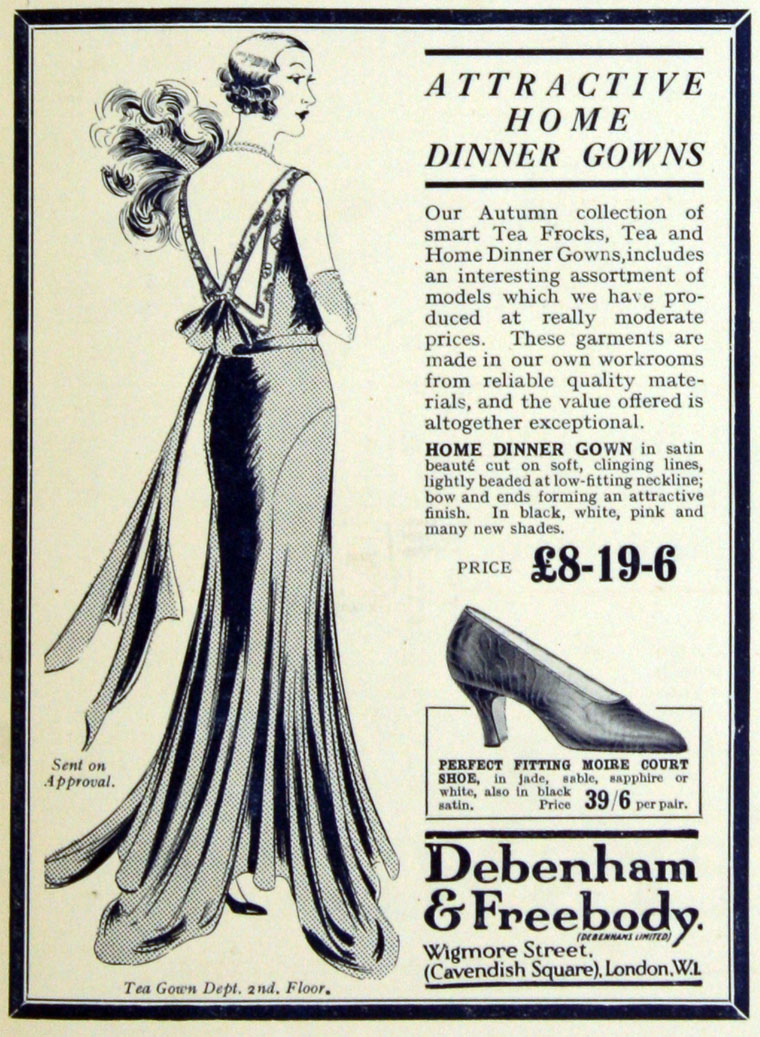 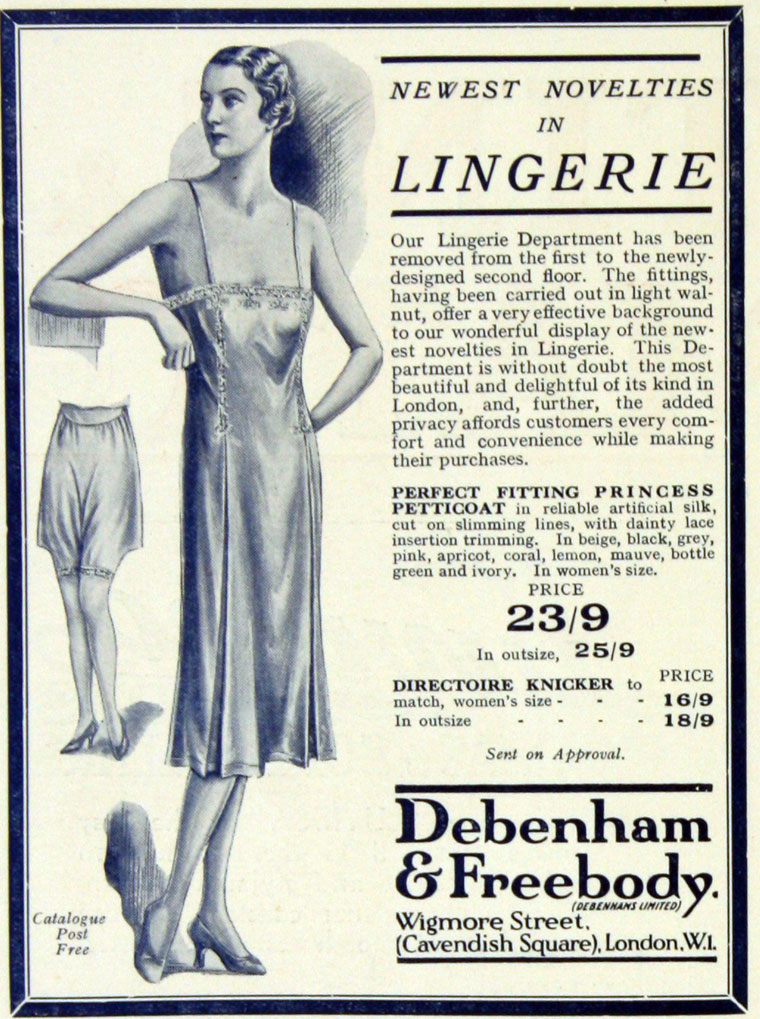 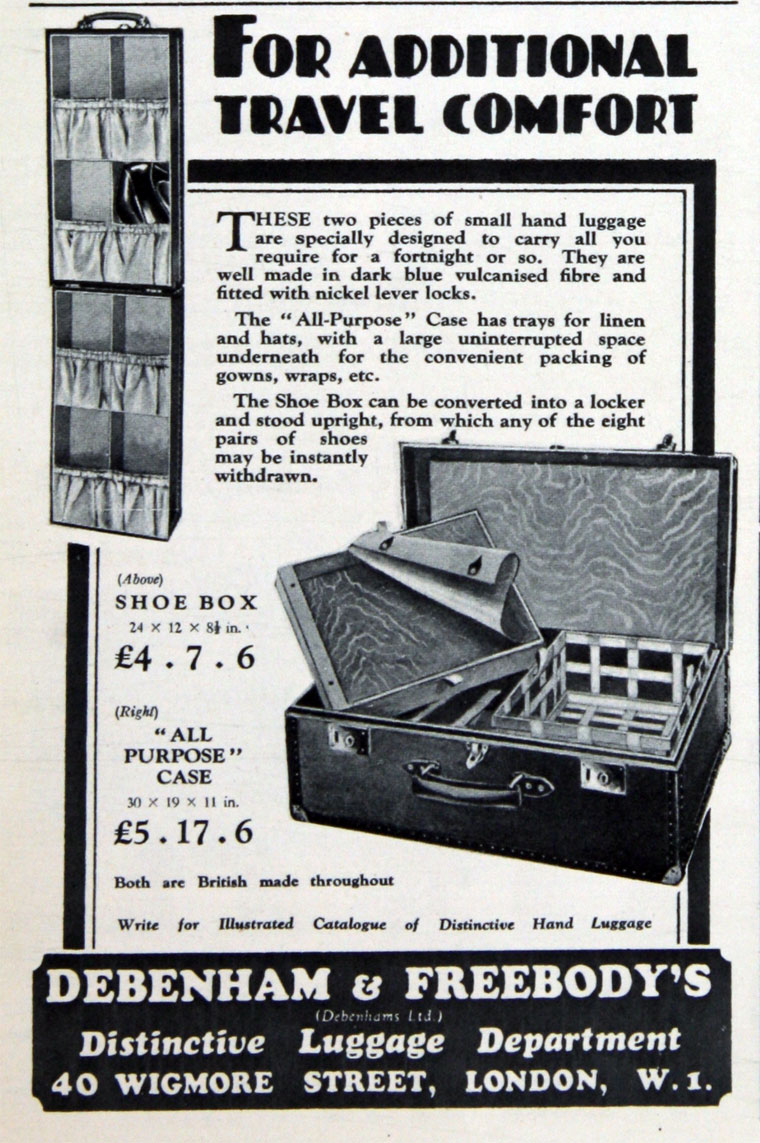 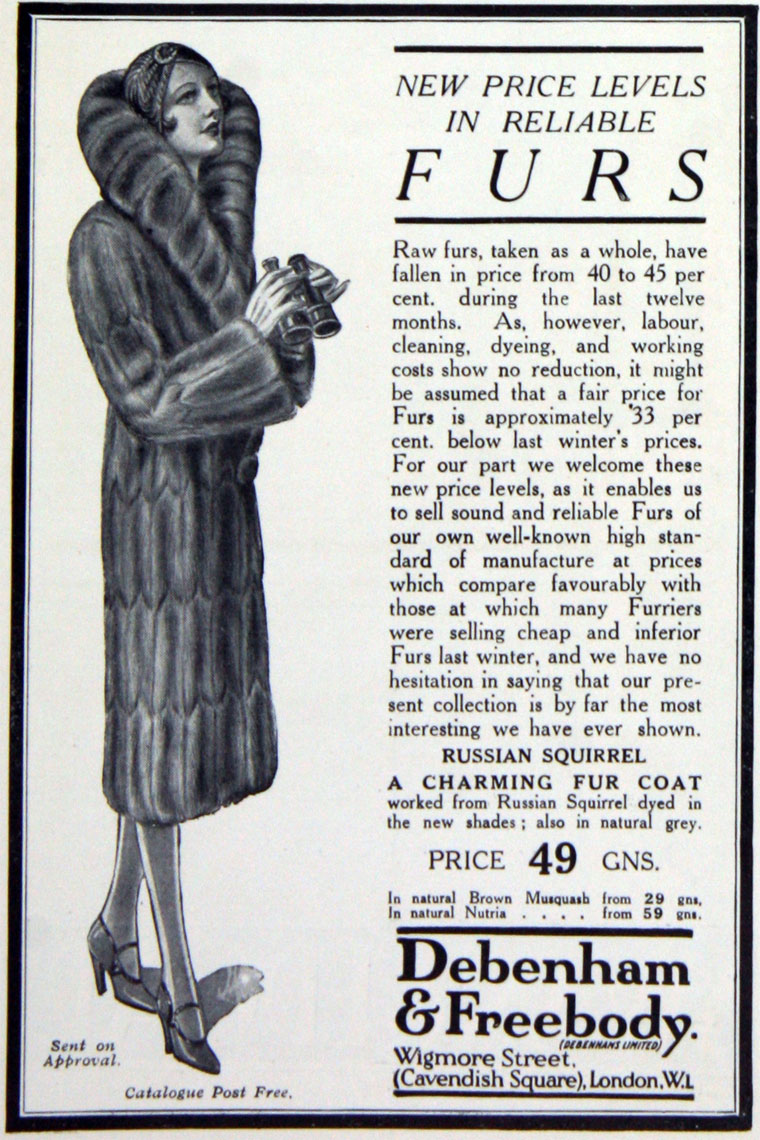 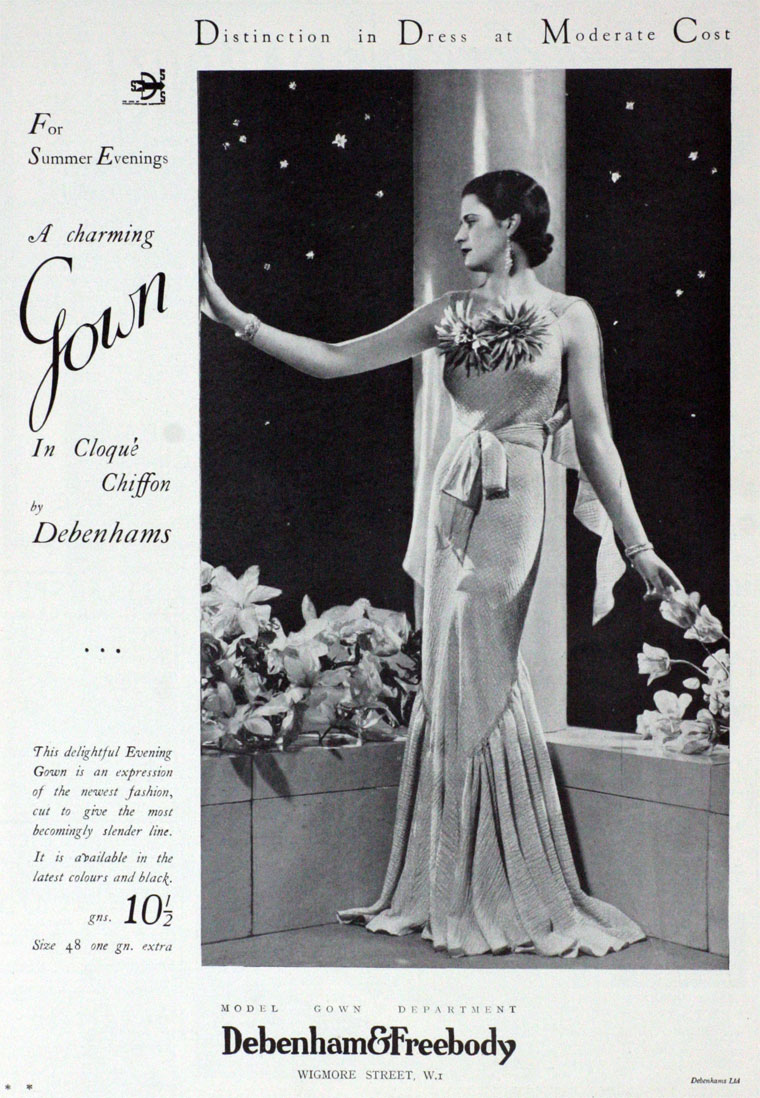 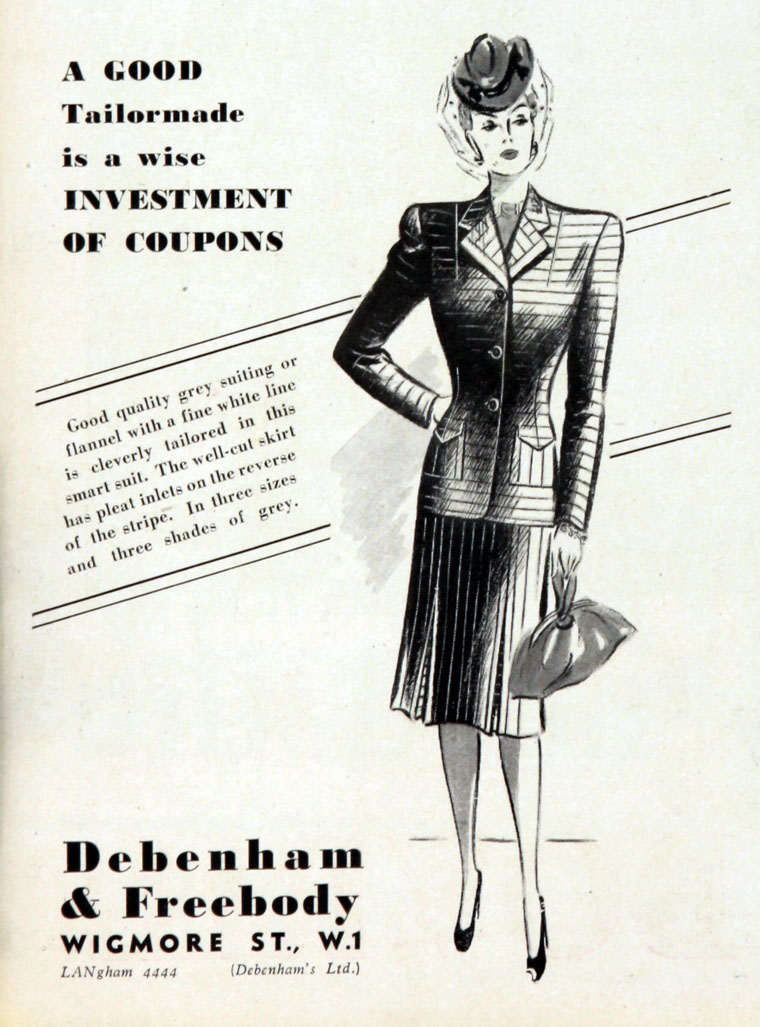 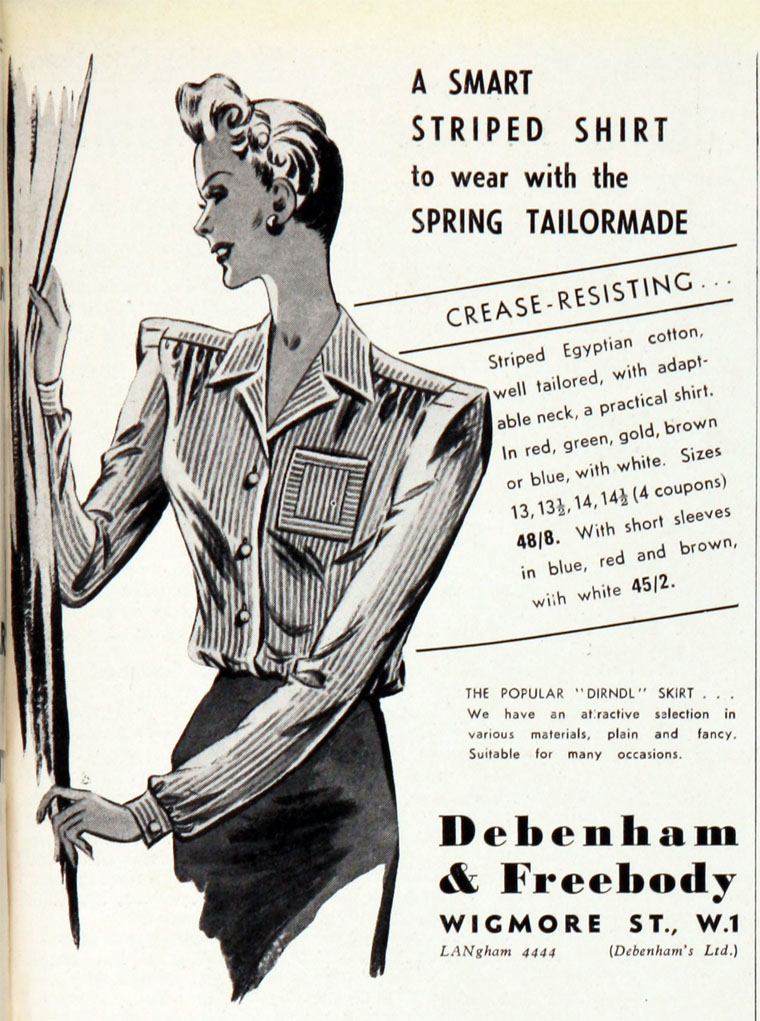 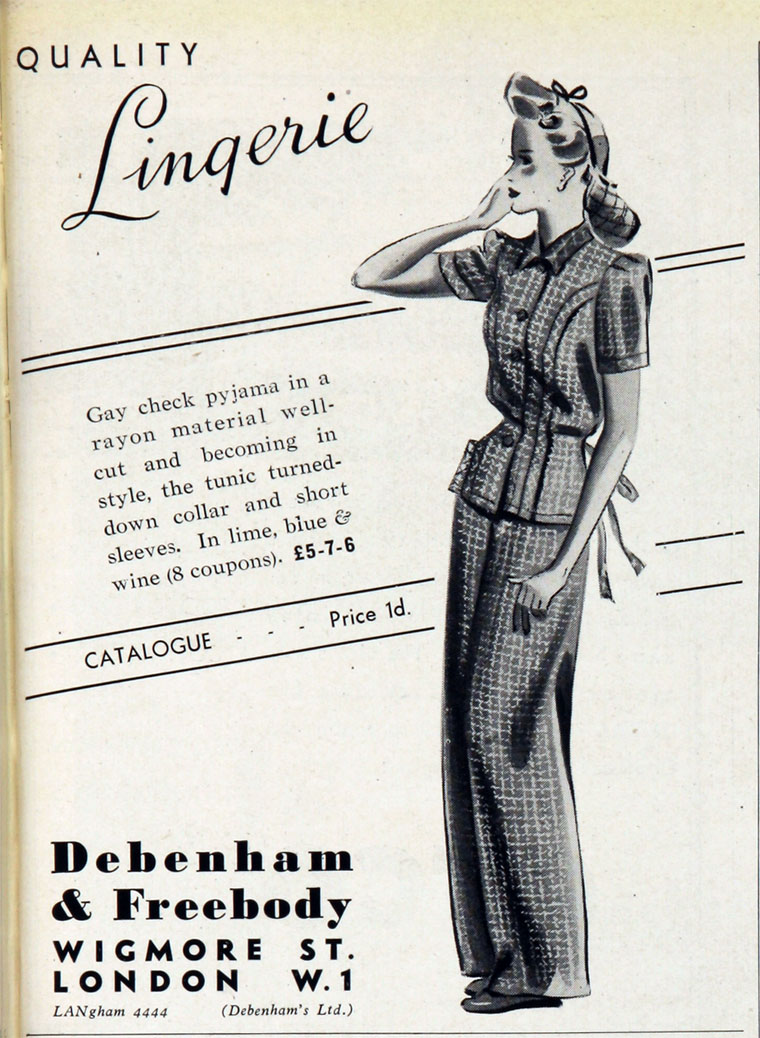 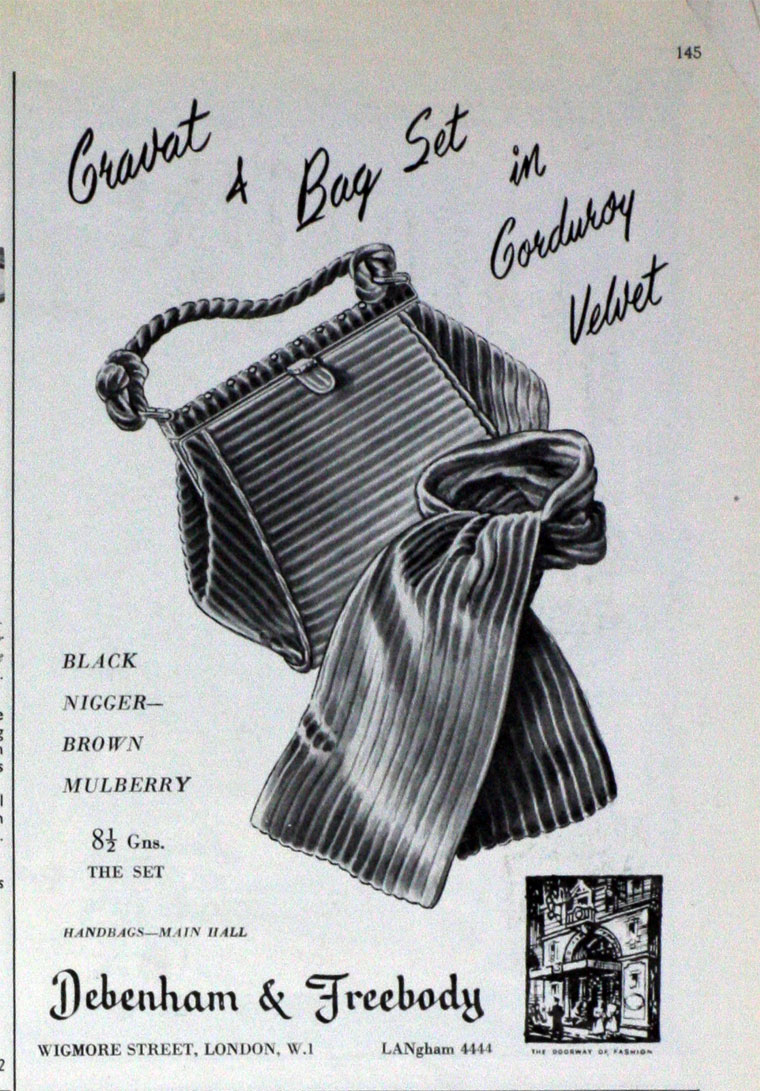 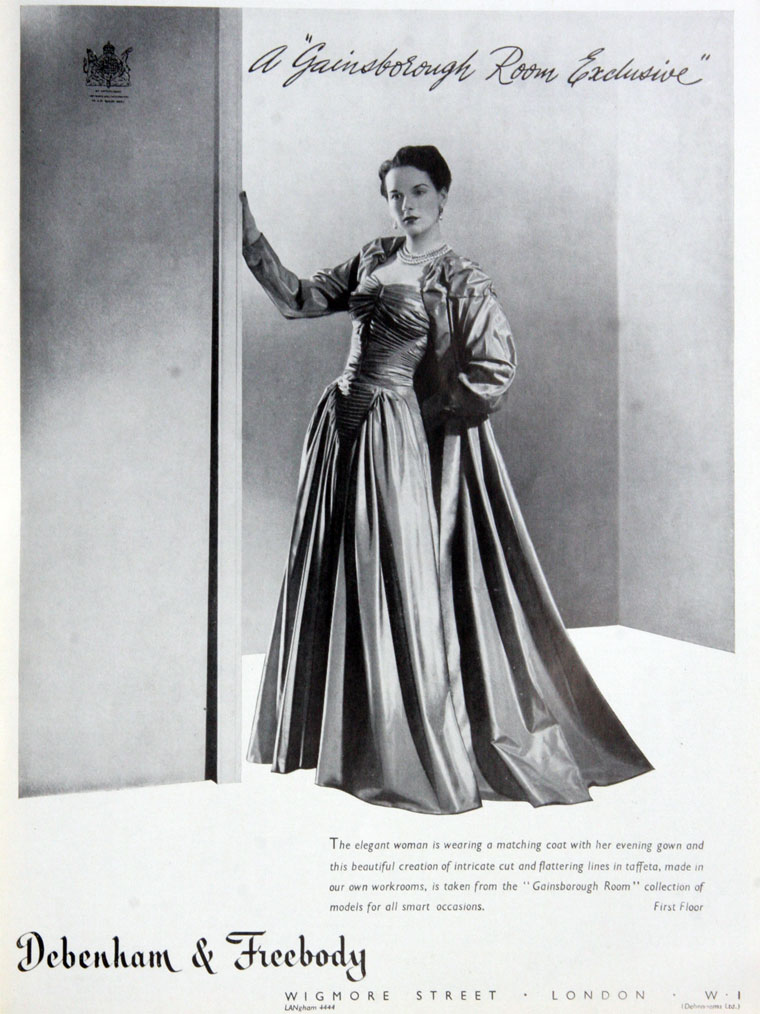 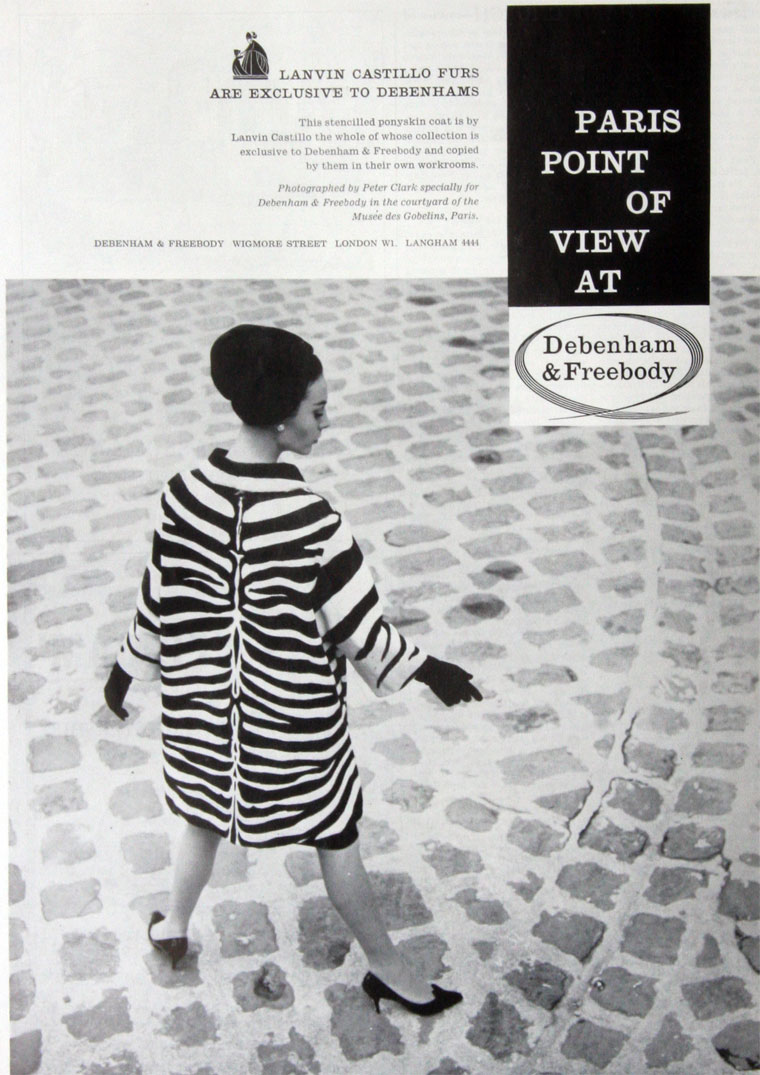 1813 The style of the firm was Clark and Debenham

1868 The firm was described as Silk Mercers, of 44, Wigmore-streei, in the county of Middlesex, and of Cheltenham,[2]

1876 Dissolution of the Partnership between William Debenham, Frank Debenham, and George Edwin Hewett, carrying on business as Silk Mercers and General Ware-housemen, at Cheltenham, in the county of Gloucester, under the firm of Debenham and Freebody, as from the 1st day of August, 1876.[4]

Frank Debenham expanded the retail sales at Wigmore Street; he also developed a considerable wholesale and export trade. A wholesale millinery department was instituted and a factory opened at Luton, as well as departments devoted to costumes, silks, gloves, ribbons, and tulles.

Expansion also took place through the acquisition of a number of specialist retailers and manufacturers of fabrics and draperies.

By 1881 William had retired from the business[5]

The firm acquired the business of Helbronners Ltd., embroiderers

1900 The warehouse part of the business was put into a separate company, Debenham and Co

Frank's son, Ernest (1865-1952), aided by his barrister friend Frederick Oliver, oversaw a number of significant developments in the fortunes of the business. Two separate limited companies were registered in 1905: Debenhams Ltd was formed to own Debenham and Freebody, along with Debenham and Co. (wholesalers, manufacturers, and shippers).

1906 The architects William Wallace and James Gibson designed a grand new store for the London premies.

1912 Frank Debenham retired as chairman, replaced by Ernest, with Frederick Oliver as his deputy.