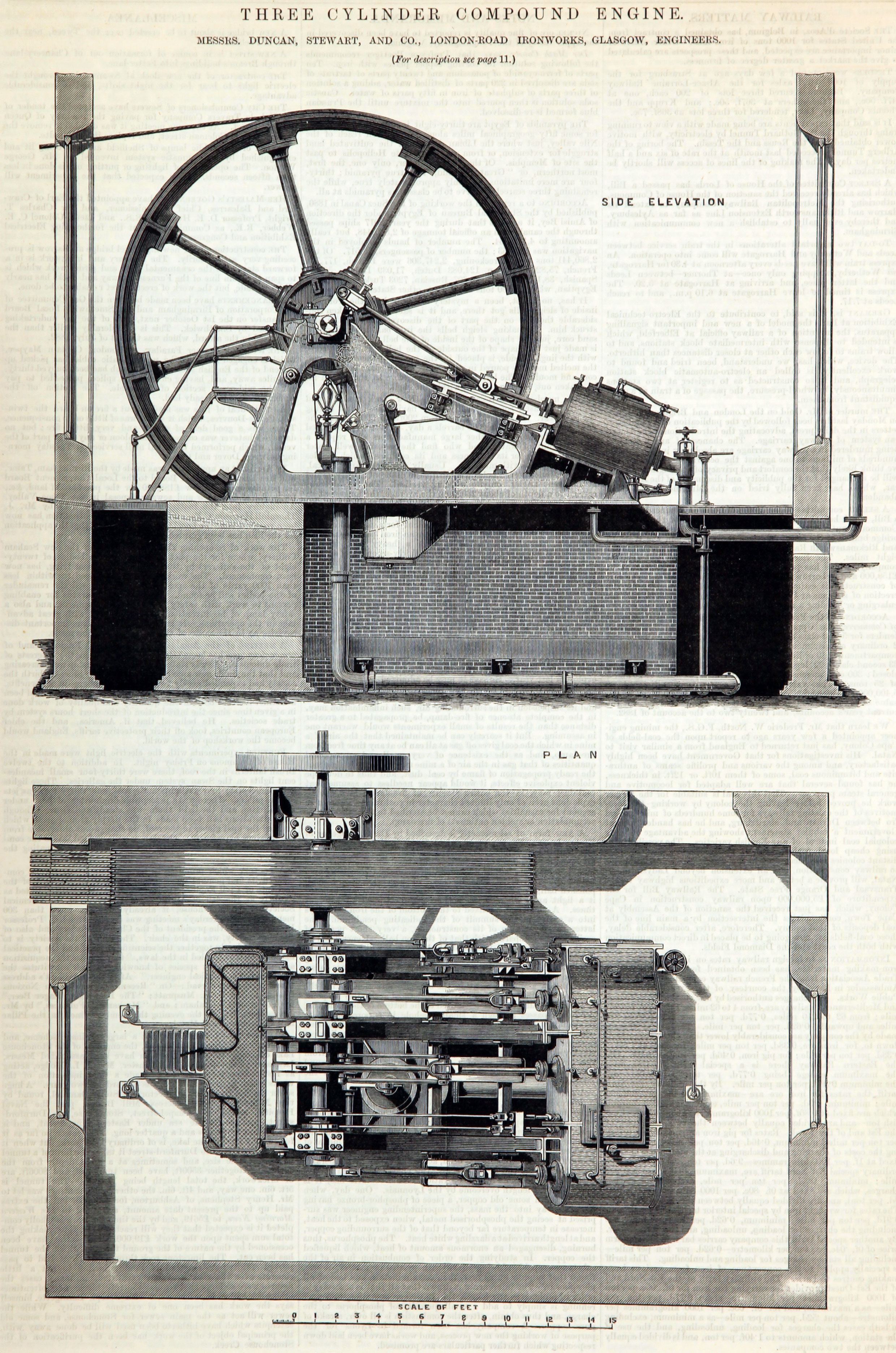 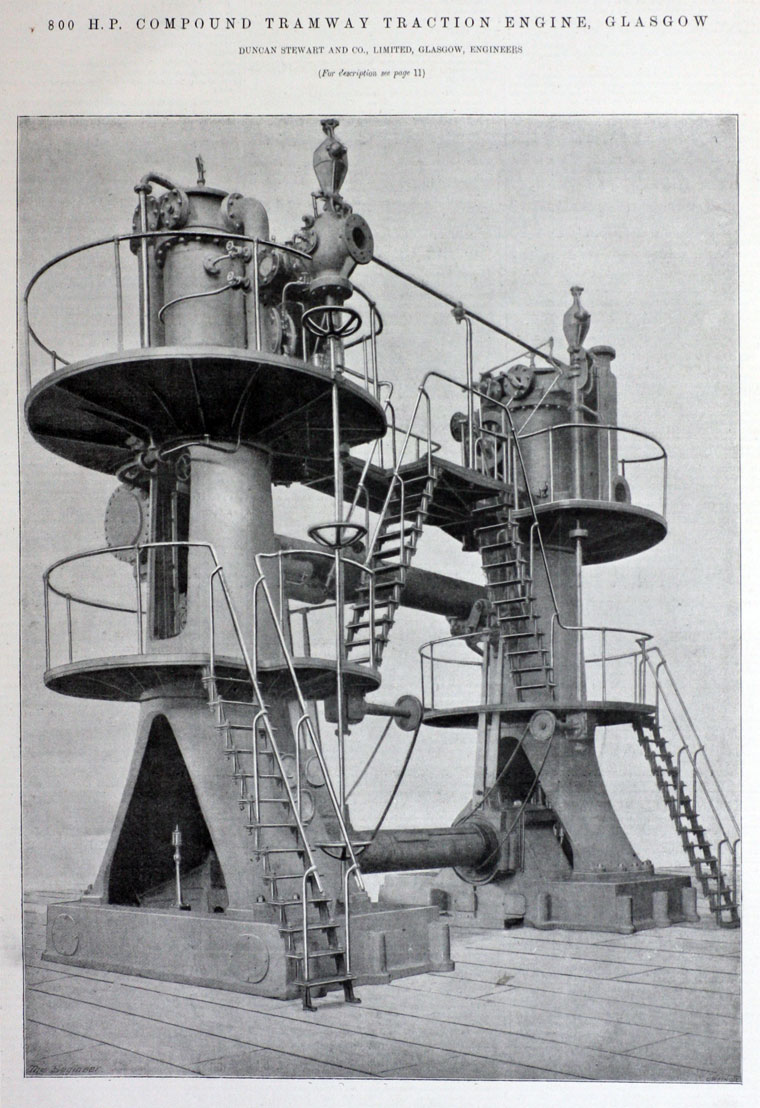 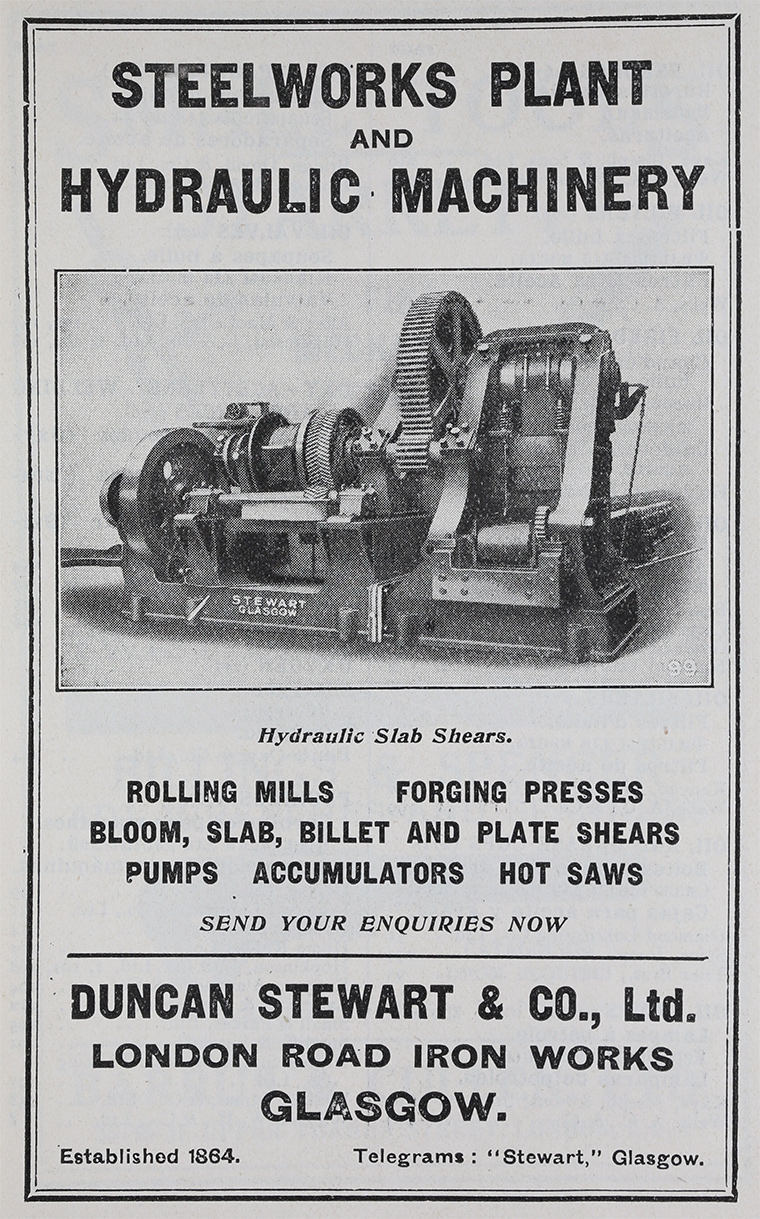 Engine (original installation and date unknown) presently at Crossness Pumping Station. Photographed in 2017, when it was intended to operate it on compressed air.

1874 Patent to Duncan Stewart of the firm Duncan Stewart and Co, of Glasgow, in relation to clips or holders for cloth stretching or finishing machines[1]

c.1899 Maker of the Theisen condenser.

1907 Messrs. D. Stewart and Co. of Glasgow showed a 5-ton steam lorry on the Stewart-Thornycroft system at the Commercial Motor Show

1922 Lord Invernairn was one of the directors