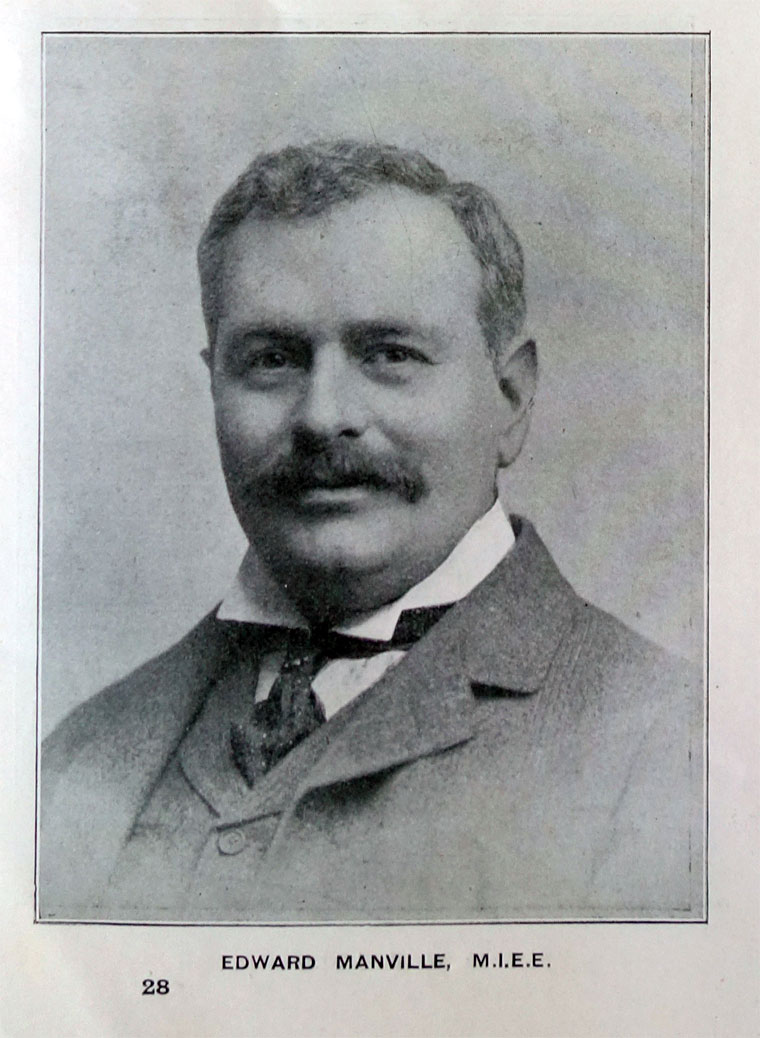 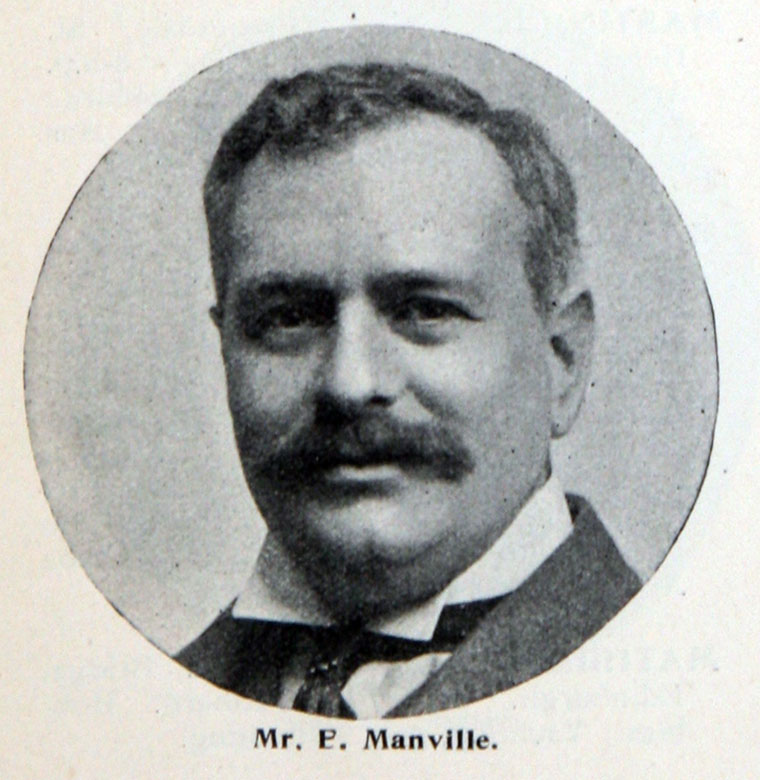 He was employed by Kincaid, Manville and Waller, electrical engineers of Westminster before becoming a director of Daimler in 1902.

1904 'MANVILLE, Mrs. E., 29, Great George Street, Westminster, London, S.W. Car: 12-h.p. Gladiator. Is an excellent "whip" and all-round sportswoman, hunts and follows the hounds with zest, rides every morning in the Row, and is an accomplished swimmer. Has motored extensively in England and on the Continent. Club: Ladies' Automobile.' [2]

MANVILLE, EDWARD, M.INST.E.E.- Born in 1862, and educated at University College, London, Mr. Edward Manville is by profession a consulting engineer and partner in the well-known firm of Kincaid, Waller, Manville, and Dawson, and a director of the Daimler Motor Company. Electric supply undertakings and electric tramways have claimed his particular attention. Since 1899, interested in automobilism, starting with a 6 h.p. Marshall, his subsequent cars have been all Daimlers, namely, a 6 h.p., a 12 h.p., and at present a 22 h.p.

Sir Edward Manville was born in 1862 and received his education at University College School.

His early career was devoted to the electrical engineering industry and from 1892 onwards as a consultant, he was responsible for the design of many large electrical plants, both in England and abroad.

As Chairman of Daimler he subsequently occupied a prominent position in the automobile industry and was eventually elected President of the Society of Motor Manufacturers and Traders (SMMT).

He represented the Coventry Division in Parliament from 1918 to 1923, and was also a Vice-President of the Federation of British Industries.

He was elected a Member of the Institution of Automobile Engineers in 1910.