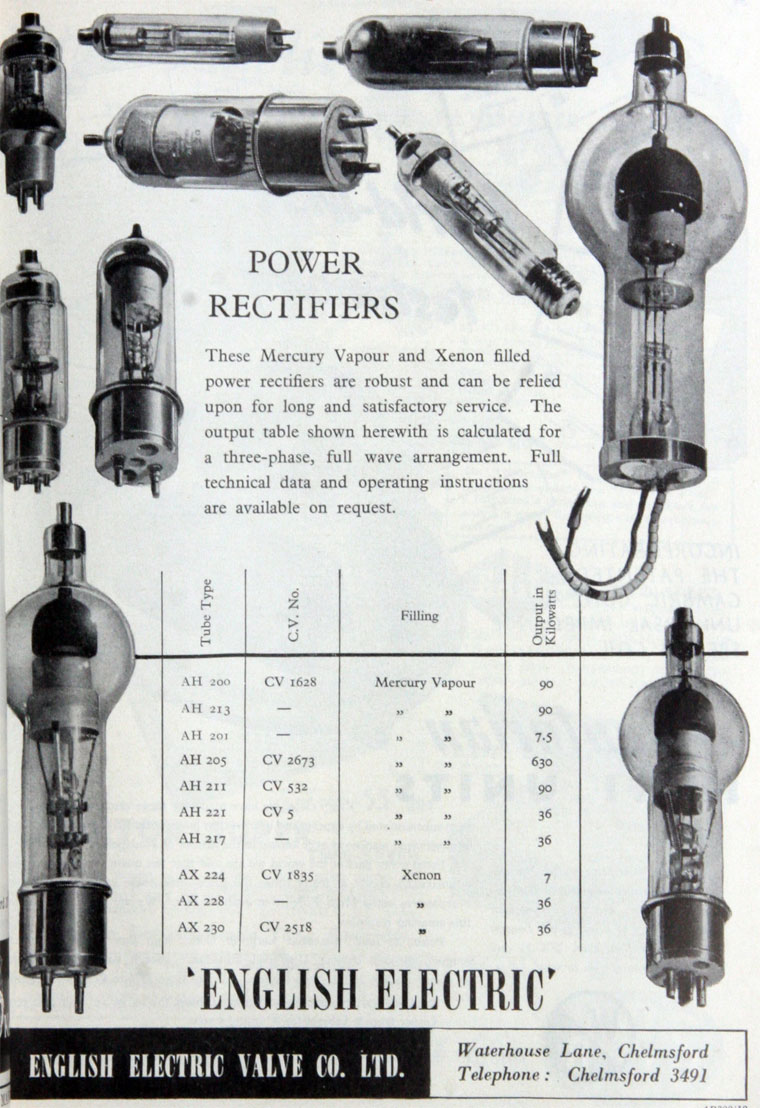 1944 Made magnetrons for radar

1951 Marconi Image Orthicon tubes had been used in several countries for outside broadcasts; these were made by English Electric Valve Co at Chelmsford[1]

1961 Manufacturers of electric valves, tubes and other devices.[4]

1968 Power Tetrode for use in amplifiers.

1969 Formation of GEC Electronic Tubes to bring together M-O Valve Co and English Electric Valve Co, a company which would have half of UK valve production, the largest specialised valve manufacturer outside USA[5].