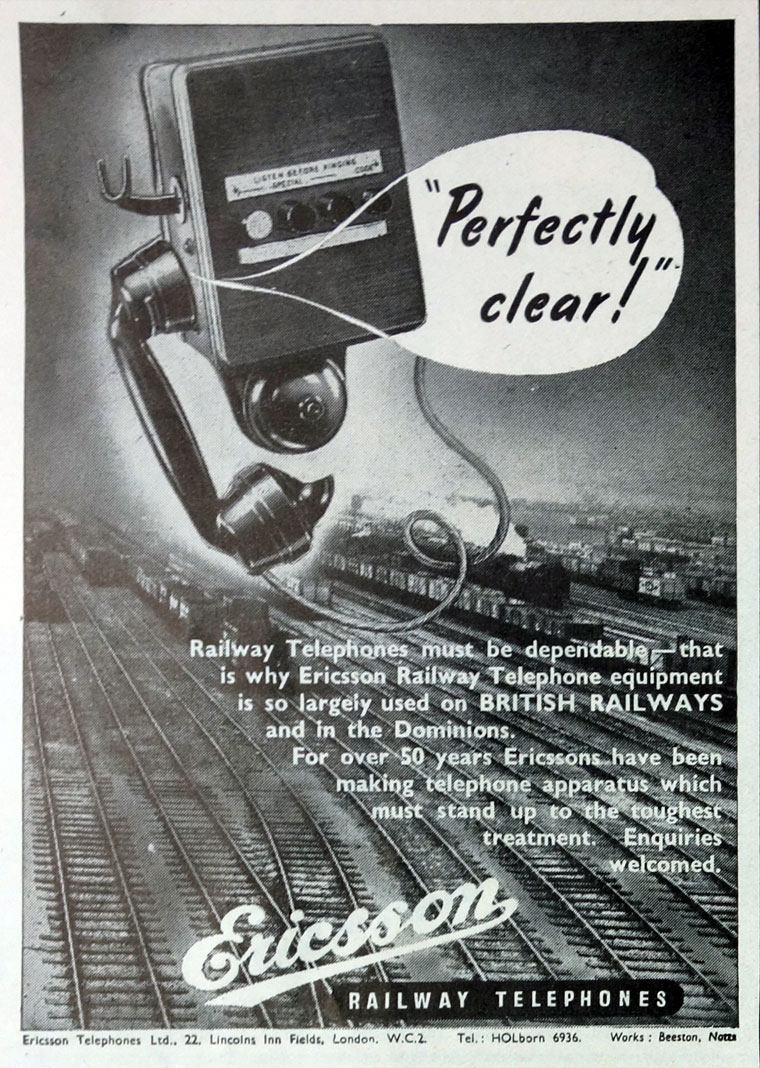 1927 After the Post Office introduced the first 'Bulk Supply Agreements' with 4 manufacturers in 1923, concerning the supply of automatic exchange equipment, a fifth manufacturer, Ericsson Telephones Ltd, became a party to the agreement in 1927.

1929 Received some large orders for automatic exchanges as well as manual exchanges and other telephone material[2].

1931 The L. M. Ericsson Telephone Company introduce a new type of mechanical totalisator. It consisted primarily of standard relays and rotary line switches similar to those used in automatic telephone exchanges. The equipment hag been approved by the British Race Course Betting Control Board.[4].

1937 New manufacturing lines established in metal powders which had previously only been available by import from Germany; extensions to Beeston factory; liquidation of subsidiary company involved in totalisators; new offics at Lincoln's Inn Fields[5].

1948 L.M. Ericcson sold its British subsidiary with an agreement that the parent company would not sell any telephone equipment in Britain for 20 years[10].

1950 Started to manufacture cold cathode valves as a result of a war-time development. The Dekatron valve, invented by John Acton, was a multi-state valve intended for use in telephone switching and was used in the Harwell Dekatron computer but was soon supplanted by the new "transistor" [12]

1958 Development of all-electronic exchanges expected to lead to demonstration in 1960; first exchange equipped for Telex services; doubled production of valves; nucleonic and electronic instruments would be marketed through arrangement with Solartron Electronic Group[14].

1961 Merged with Plessey and the Automatic Telephone and Electric Co. As a result, Plessey doubled in size, becoming Britain's largest manufacturer of telecommunications equipment (including the majority of the country's crossbar switches / exchanges).