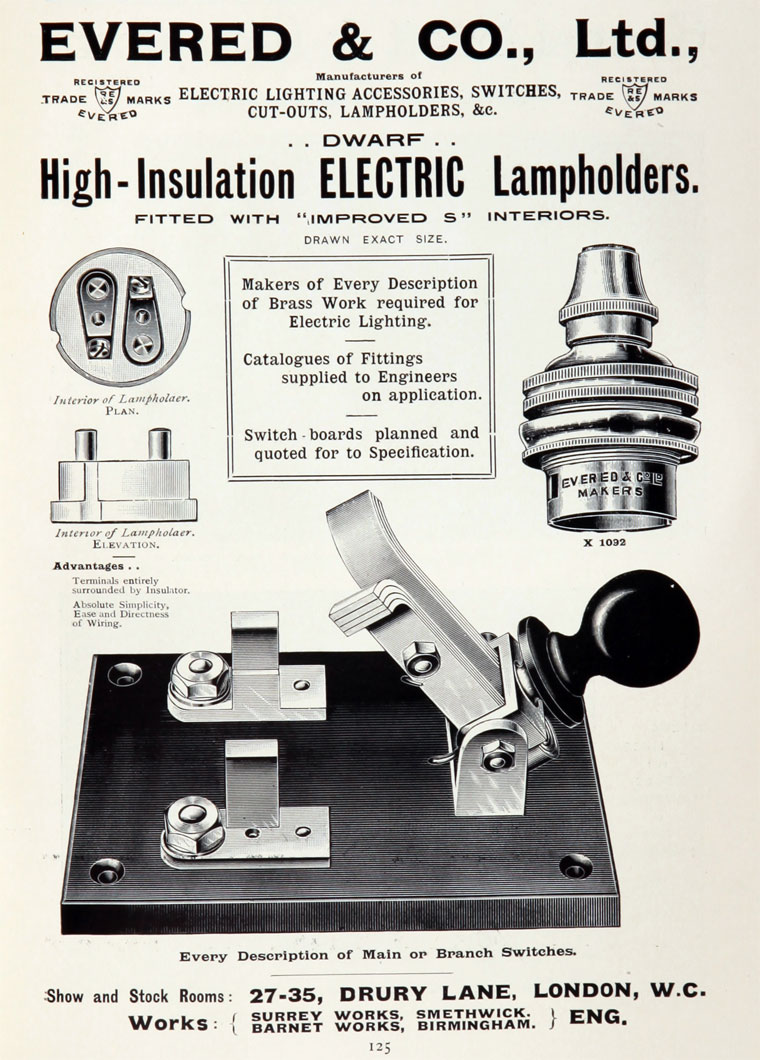 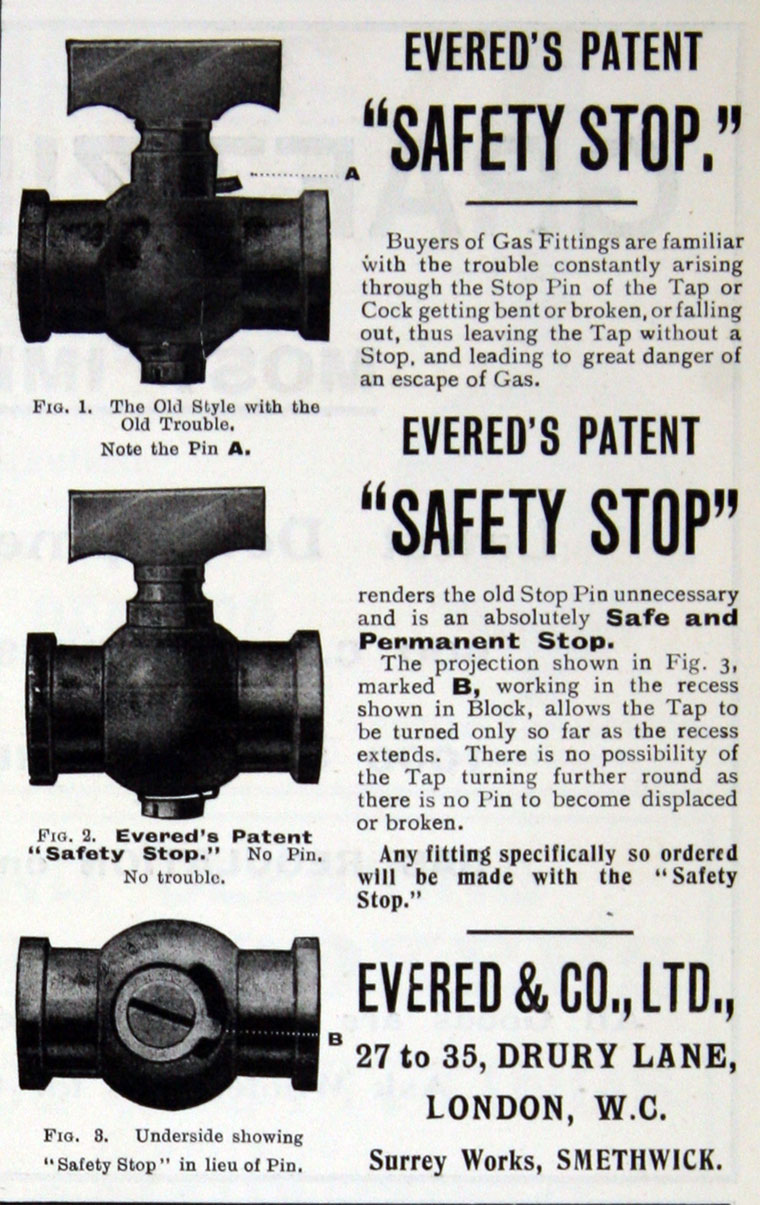 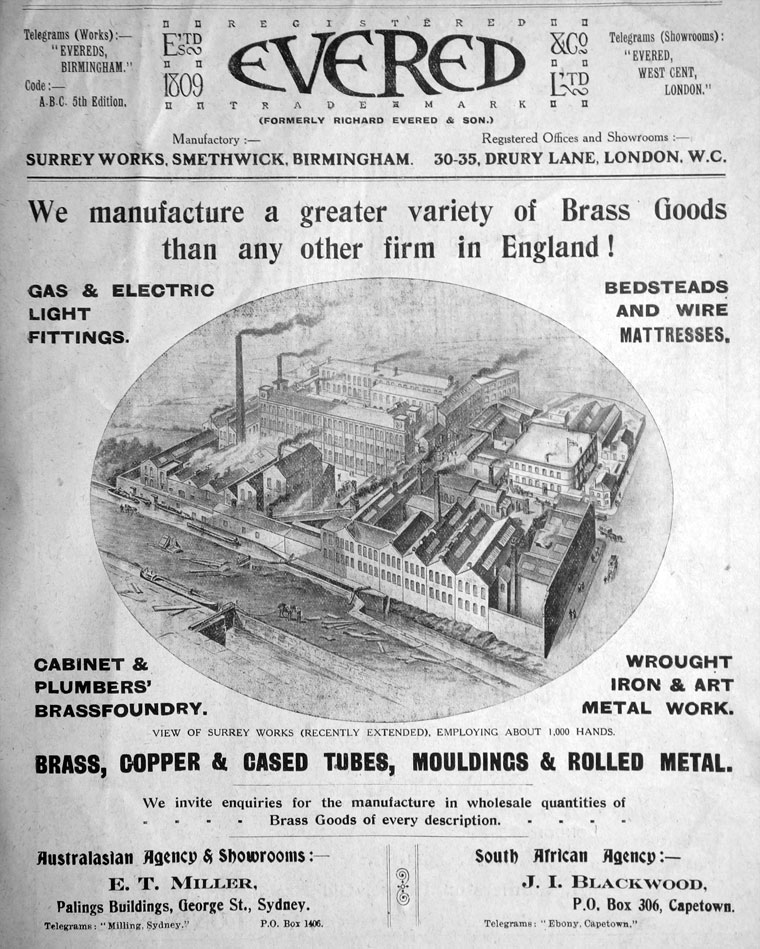 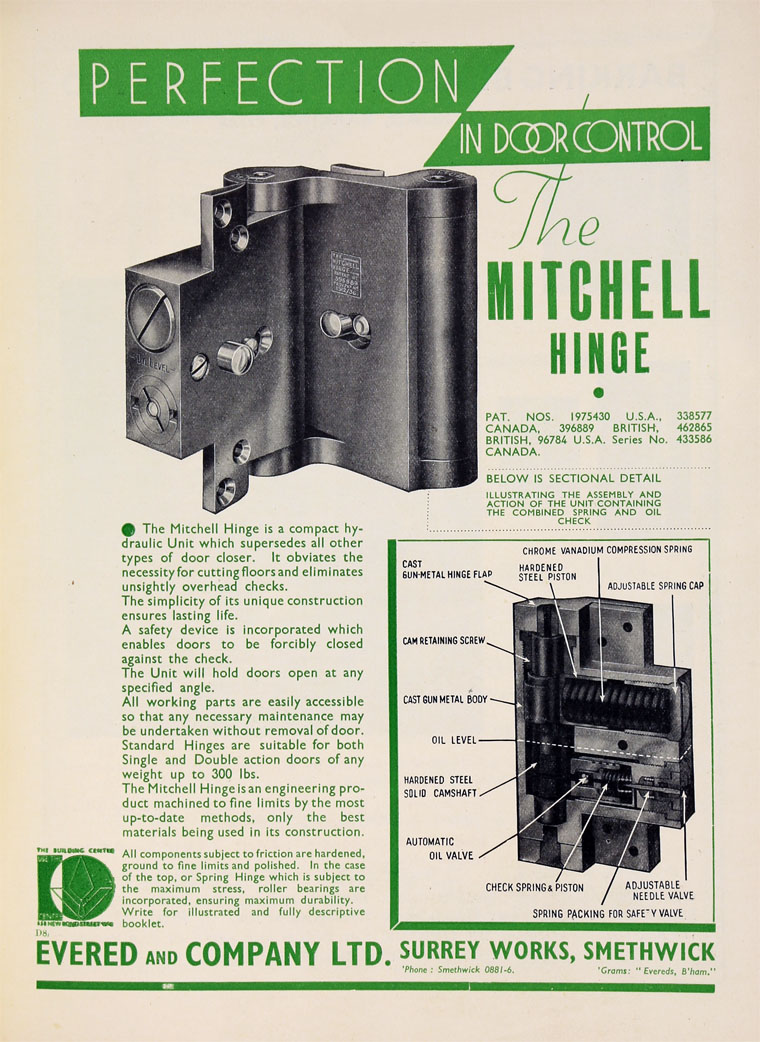 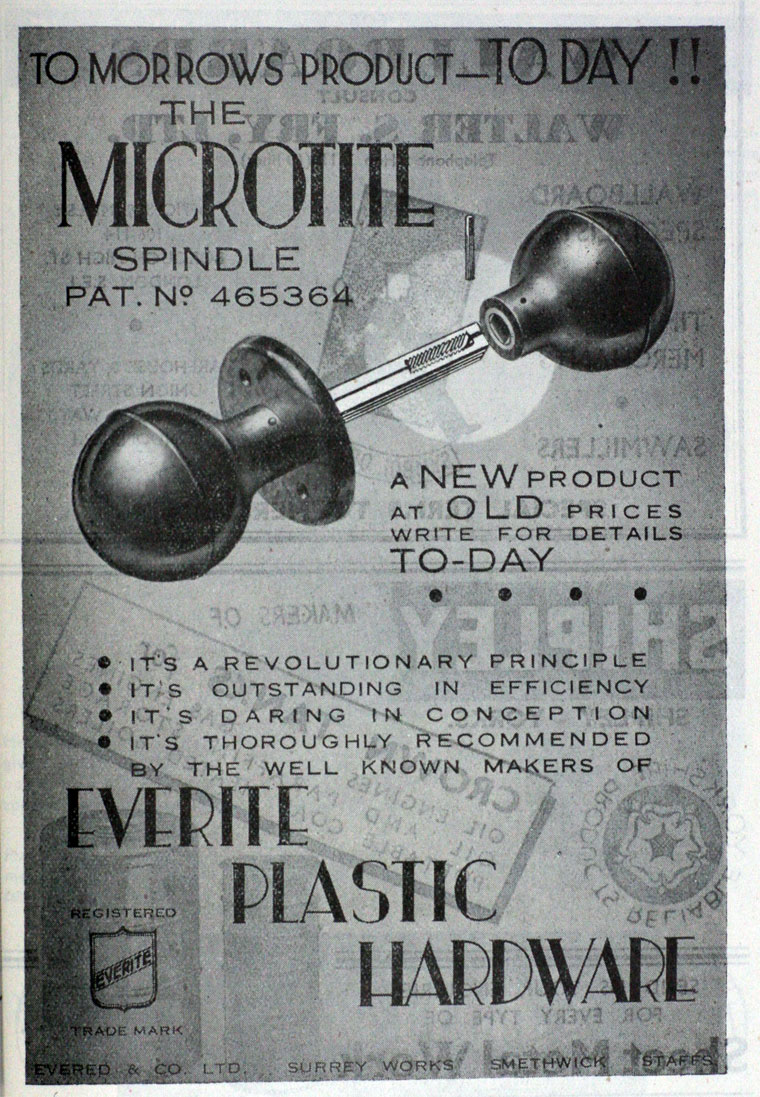 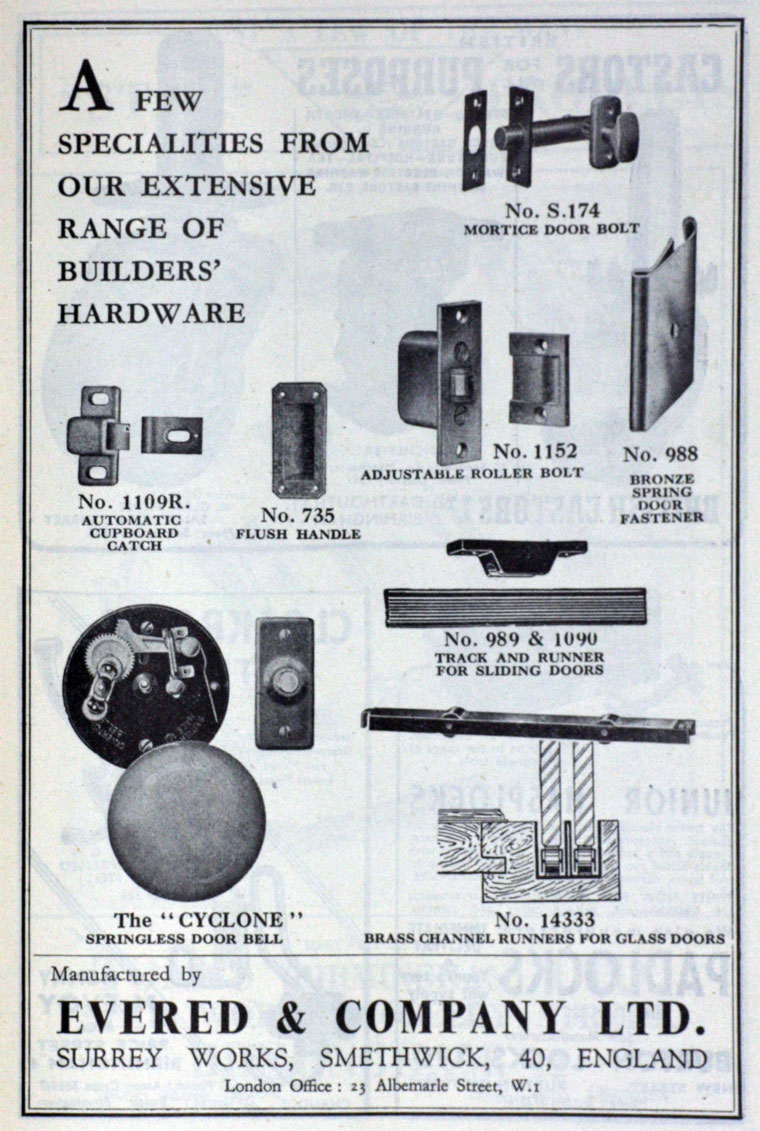 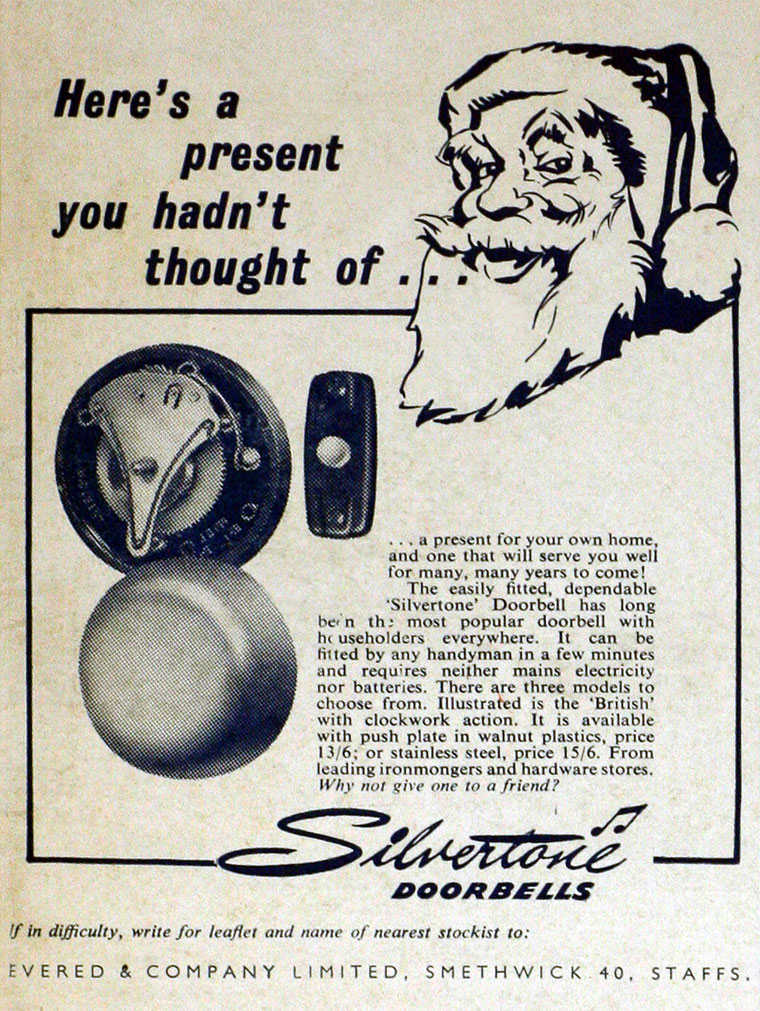 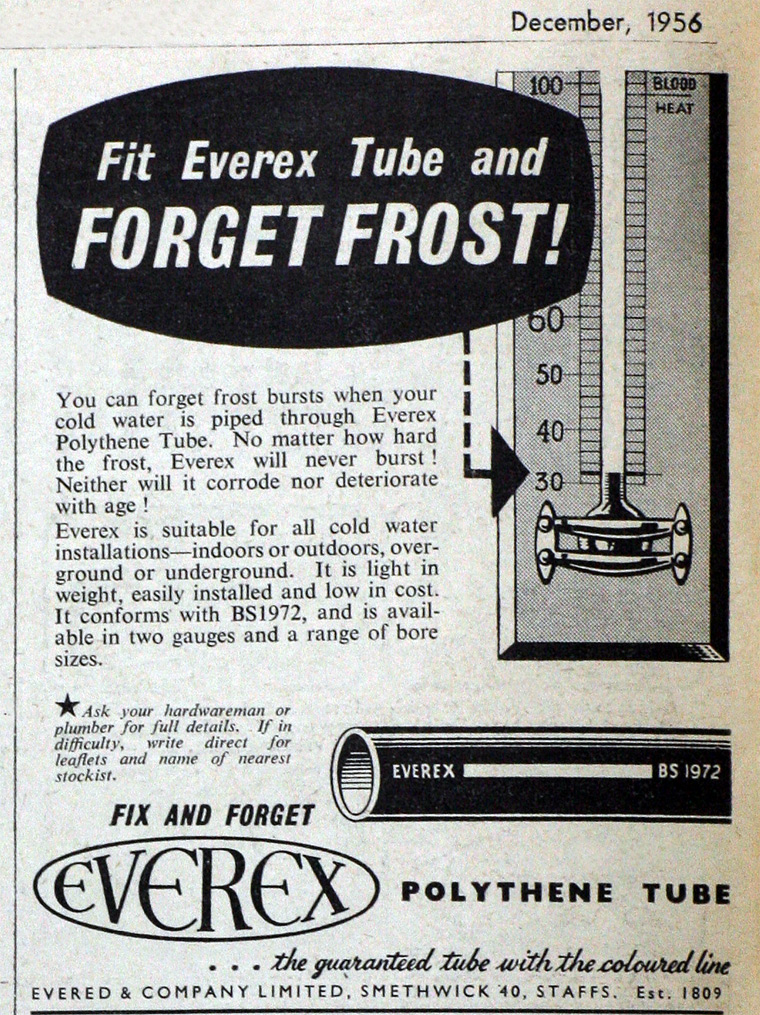 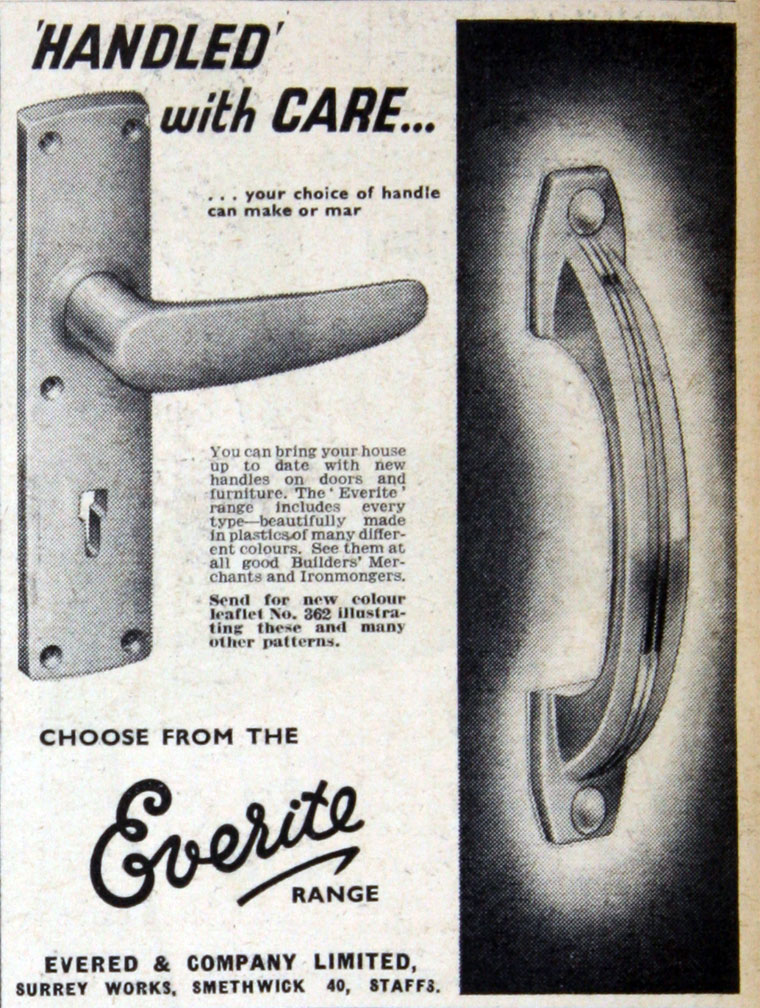 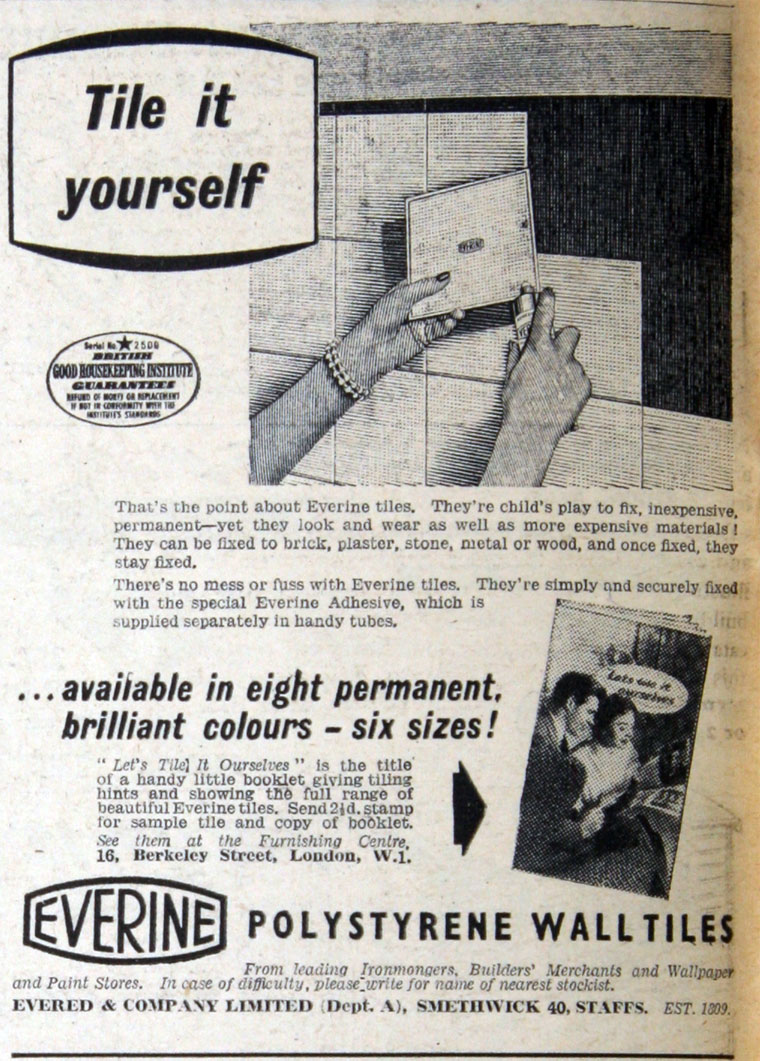 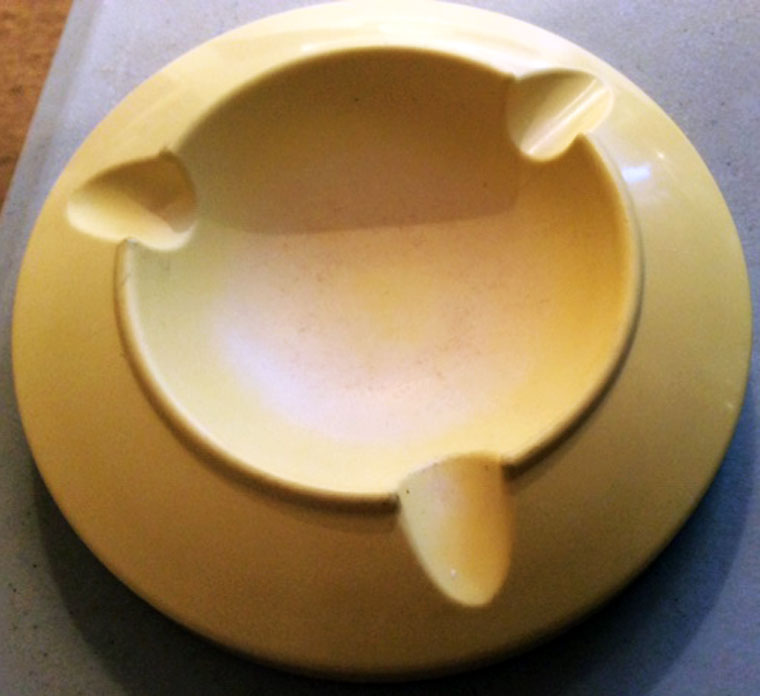 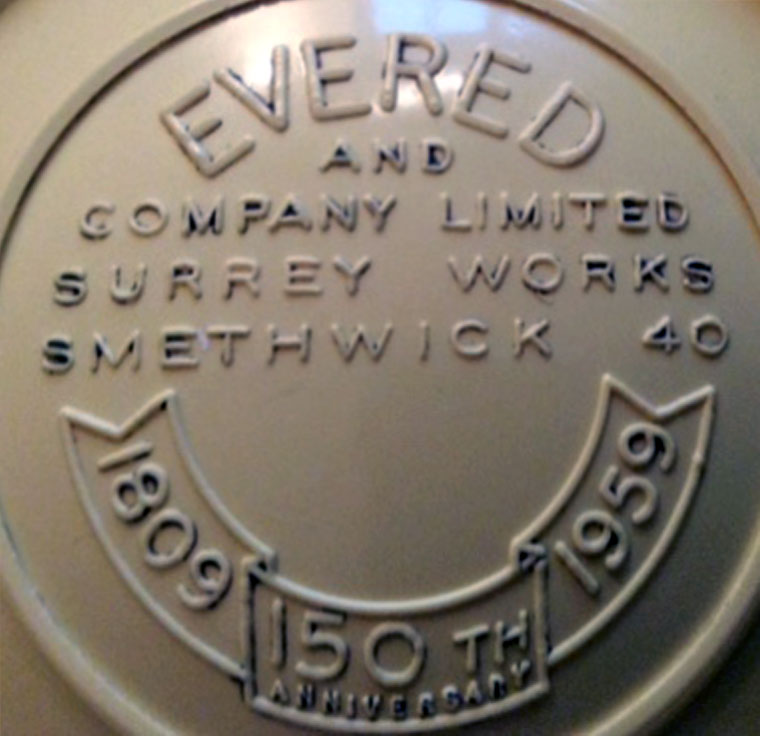 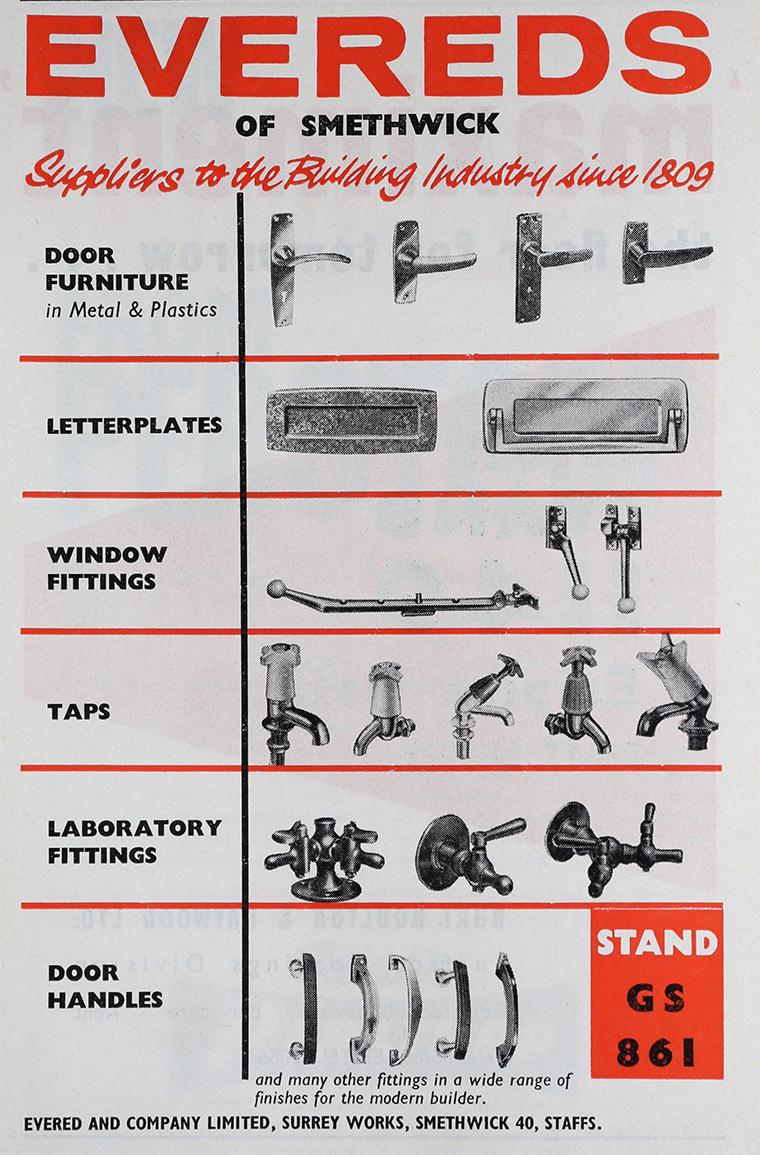 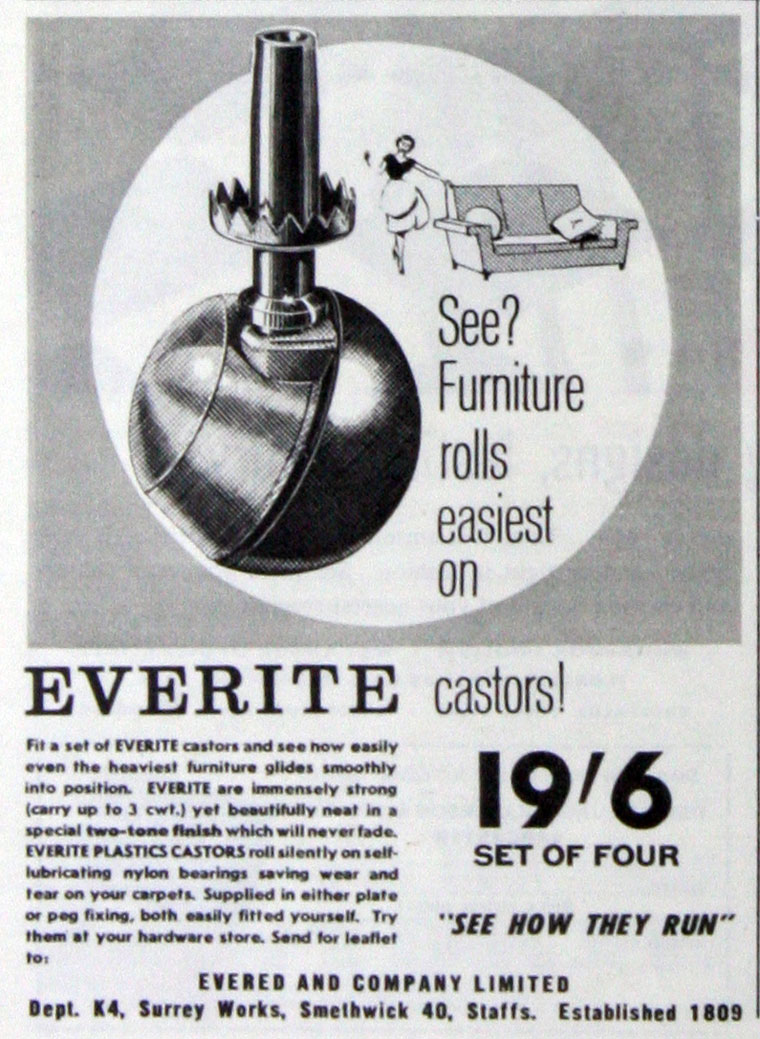 1851 Exhibited at the Great Exhibition at Crystal Palace.

1884 The company was registered on 14 August, to take over the business of Richard Evered and Co, brass and iron founders. [1]

By 1970 was known as Evered and Co Holdings

1980 Two-thirds of turnover came from non-ferrous strip, tube and extrusions; also made castors and wheels for furniture, and locks and security systems[9]

1985 With Saudi Arabian partners built up a holding in Tube Investment shares but never made a bid and sold its holding the following year; acquired Wellington Equipment from Tarmac[12]

1987 Acquired Mapplebeck Metals[17]. Continued to rationalise the holdings acquired with London and Northern.

1988 Change of emphasis in the company, moving from focus on engineering materials to building materials and quarrying, led to a change in the top management and arrival of a new chairman[18] with less emphasis on making deals to unlock potential acquisitions. The group HQ would move to Birmingham.

1988 Swapped its house-building business, Fletcher and Border Homes, with Raine Industries for its quarry and building materials businesses, Aberdeen Construction including John Fyfe and Hall and Tawse[19]. Acquired Pocklington Blocks, including its subsidiariy Precast Concrete Industries, as well as 2 companies in USA[20]

1989 Acquired the quarries of Ogden[21]. Formed joint venture with Caird to use some of the quarries for waste disposal[22]

1989 Acquired Mackenzie Holdings of Stornoway, make of concrete blocks, which would be put under the John Fyfe of Aberdeen subsidiary[23]

c.1990 Management buyout of the Polymers Division as Wellington Holdings

2005 EIP Metals became a wholly owned subsidiary of Prymetall Gmbh and Co KG., and a member of the Norddeutsche Affinerie AG (NA) Family. This resulted in a relocation to new purpose-built premises at Rabone Lane, Smethwick, West Midlands.