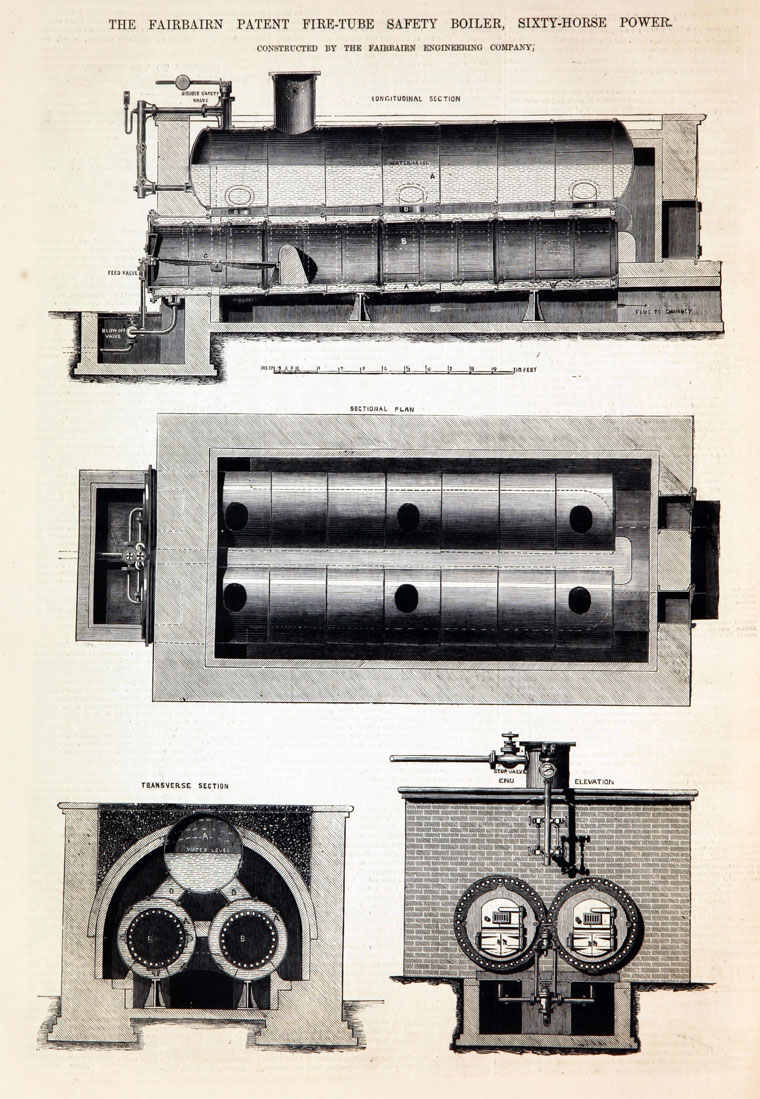 1864 William Fairbairn and Sons, having sold off the locomotive building side of the firm, the large machinery and iron business changed its name to Fairbairn Engineering Co, and incorporated as a public company[1]

1866 'A few years ago the works of Messrs. Fairbairn and Sons was carried out at four separate places, at some small distance from each other, in the Ancoats district of Manchester. Since the formation of the limited company this has been altered, and all the operations are now concentrated in the engine side and the former boiler yard. To this last portion has been removed the present very large foundry. A large fresh plot of ground has here been purchased, affording an extensive area, now being covered by new workshops. Very considerable contracts for bridge work, principally for Indian lines, are now being executed by the company'

1872 Completed the ironwork for the first Spithead fort; had invested in special machinery for the work[4]

1874 After the death of William Fairbairn, his heir Thomas wound up the firm.

1875 The company was liquidated

Liquidation of Canal Street Works in 1875