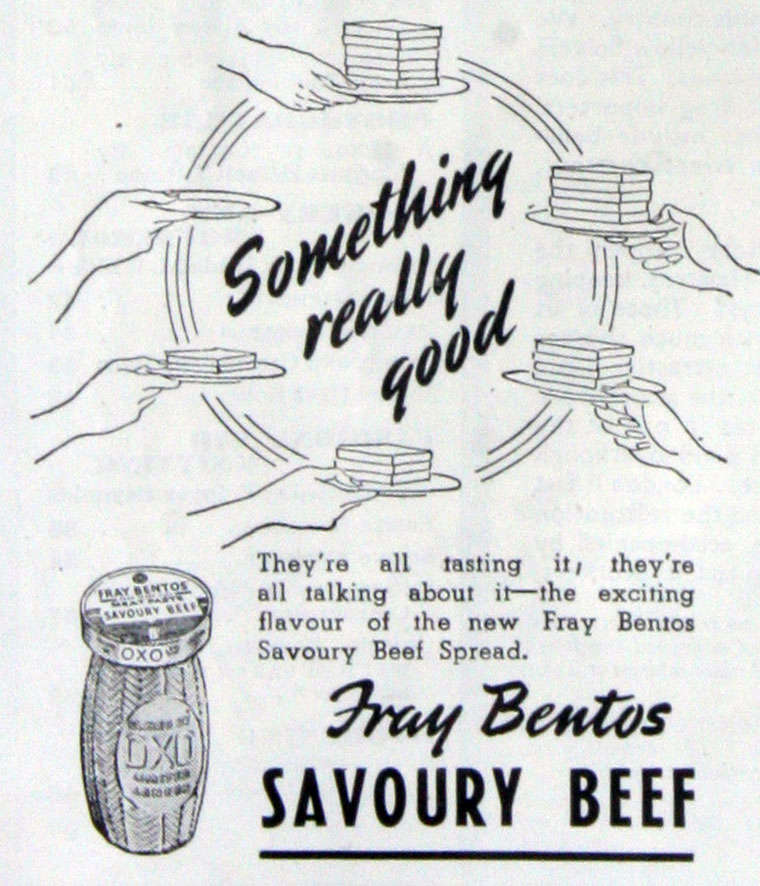 1865 The Liebig Extract of Meat Co. was established in London, after George Christian Giebert, a young engineer, read of Liebig's work and wrote to him suggesting that they meet to discuss opening a manufacturing plant in South America.

1866 The company opened its factory, owned by the Societe de Fray Bentos Giebert and Cie, on the banks of the Uruguay River at Villa Independencia, Uruguay, later called Fray Bentos, where the extract was manufactured using the flesh of cattle that would otherwise have been killed for their hides alone, bringing the cost of meat to one third of the European cost.

1924 The Liebig Extract of Meat Co was acquired by the Vestey Group and the factory was renamed El Anglo.

2006 Owners Campbell Soup Co were considering selling the business[1], which they did to Premier Foods