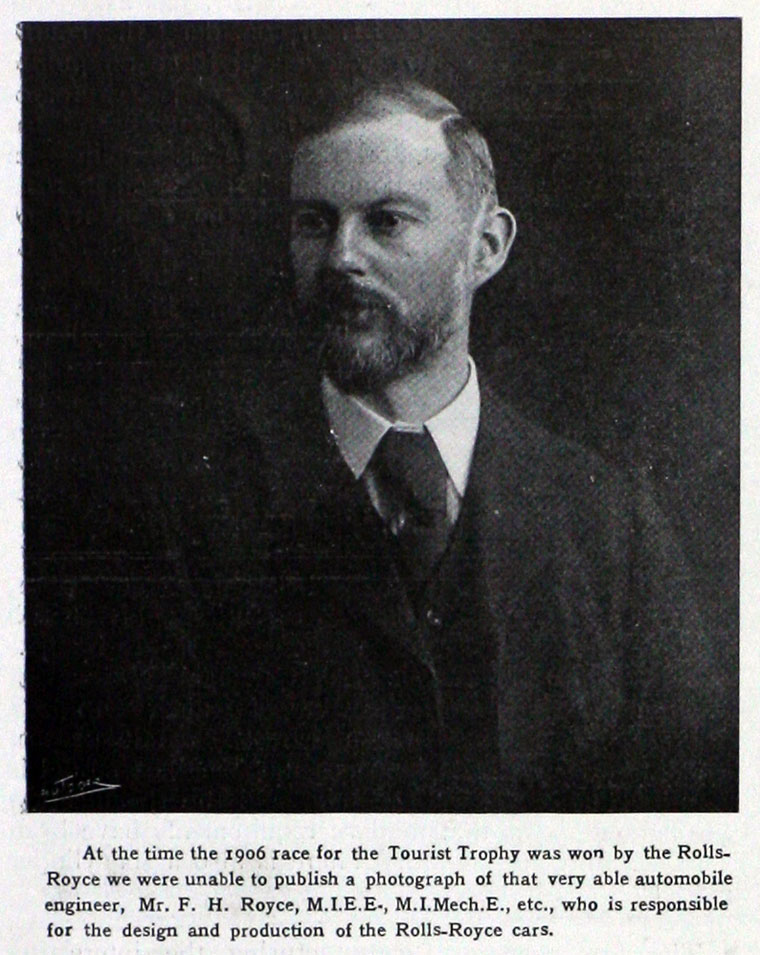 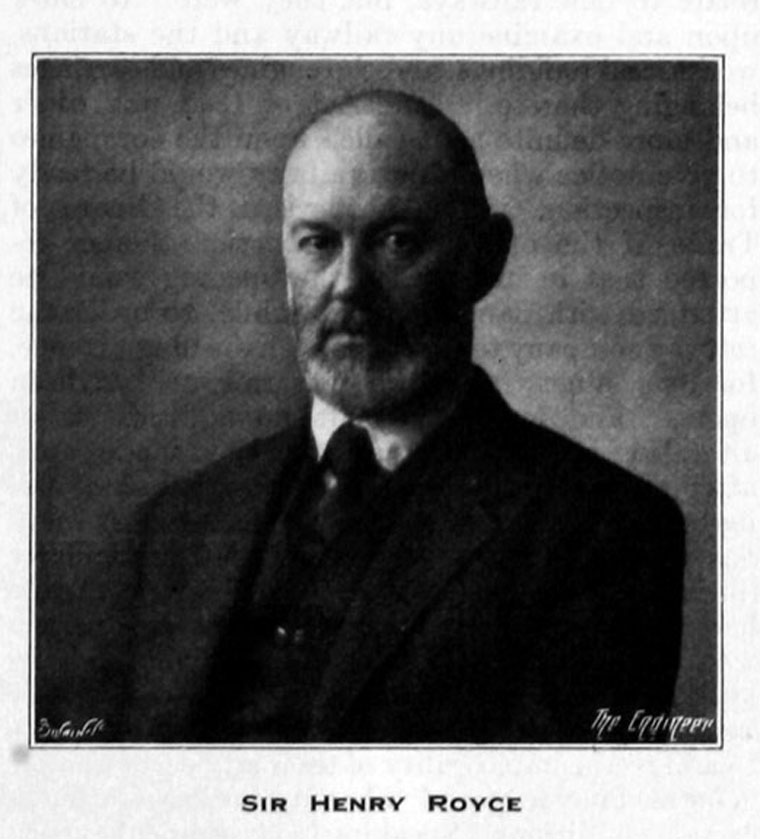 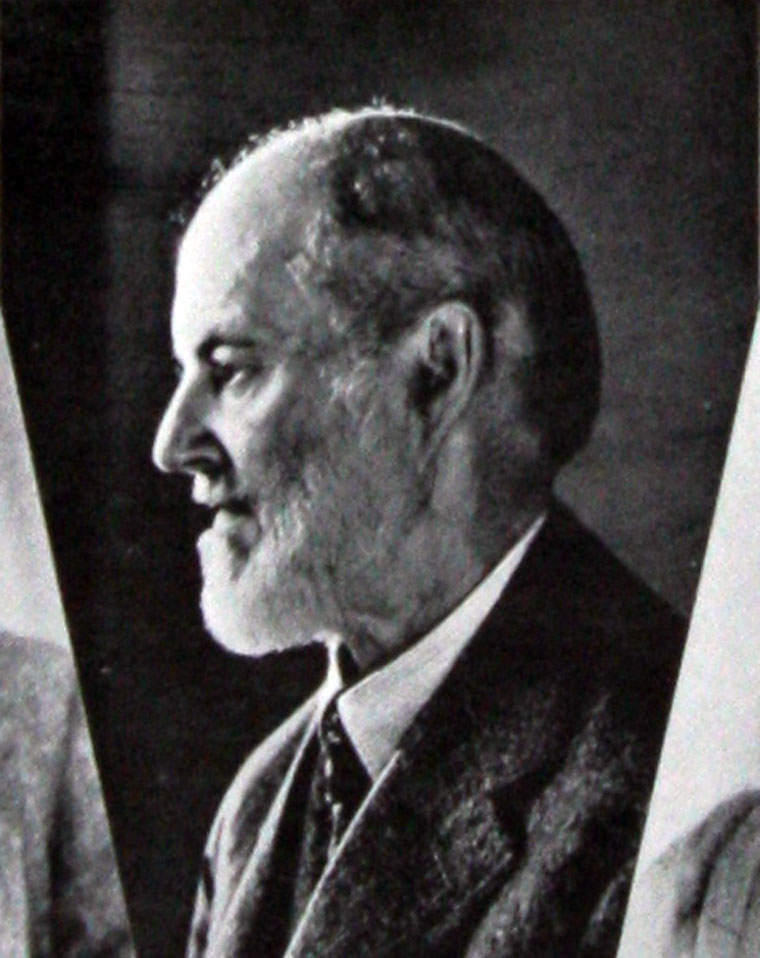 1863 March 27th. He was born in Alwalton, Huntingdonshire, near Peterborough, the son of James and Mary Royce d.1904 (nee King) and was the youngest of their five children. His family ran a flour mill which they leased from the Ecclesiastical Commissioners but the business failed and the family moved to London.

1872 His father died and Royce had to go out to work selling newspapers for W. H. Smith at Clapham Junction and Bishopsgate

1878 He started an apprenticeship under Frederick Rouse at the Great Northern Railway at its Peterborough Works through the financial help of an aunt. He was there for three years until his aunt could no longer afford it. He lived in the Yarrow household in Peterborough at this time

1881 He returned to London and joined the Electric Light and Power Generator Co.

1882 He moved to the Lancashire Maxim-Weston Electric Co in Liverpool, working on street and theatre lighting as the Chief Electrician.

1884 With £20 of savings he entered a partnership with Ernest Alexander Claremont, a friend who contributed £50, and they started a business making domestic electric fittings in a workshop in Cooke Street, Hulme, Manchester called F. H. Royce and Co.

1893 Henry Royce married Minnie Punt, daughter of Alfred Punt of London, and they set up home together in Chorlton-cum-Hardy, Manchester, and were joined by Royce's mother who lived nearby until her death in 1904 and Minnie's niece Violet.

In 1894 they started making dynamos and electric cranes and F. H. Royce and Co was registered as a limited liability company.

1898 The Royces moved to a newly built house in Knutsford, Cheshire.

1899 The company was re-registered as Royce Ltd with a public share flotation and a further factory opened in Trafford Park, Manchester. Directors were Royce, Claremont and James P. Whitehead

1902/1903 Royce bought a 1901 model two cylinder Decauville. This did not meet his high standards and so he improved it

1904 December The first Royce car was made

Henry Edmunds was a friend of Charles Rolls who had a car showroom in London selling imported models and showed him his car and arranged the historic meeting between Rolls and Royce at the Midland Hotel, Manchester. Rolls was impressed and agreed to take all the cars Royce could make provided they had at least four cylinders and were called Rolls-Royce.

1906 Rolls and Royce joined forces to become Rolls-Royce Ltd. Royce Ltd remained in business as a separate company making cranes until 1932 when it was bought by Herbert Morris of Loughborough.

1908 The firm moved to larger premises in Derby, fitted out to detailed plans by Royce

c1911 He had a house built at Le Canadel in the south of France and named in La Mimosa, and a further home at Crowborough, later moving to Elmstead, West Wittering, both in East Sussex, England but his health deteriorated further.

1912 He had a major operation in London and was given only a few months to live by the doctors. In spite of this he returned to work but was prevented from visiting the factory,

He insisted on checking all new designs and engineers and draughtsmen had to take the drawings to be personally checked by him, a daunting prospect with his well known perfectionism.

Sir Frederick Henry Royce was born in 1862. He obtained his technical education at the City and Guilds Technical College, and was apprenticed in the Locomotive Works of the Great Northern Railway.

He was then employed as a fitter in a machine-tool works at Leeds, and after a further period spent in the manufacture of electrical apparatus, he commenced the building of motor cars, one of which, a 10 h.p., favourably impressed the late Charles Stewart Rolls and led to the establishment, in 1906, of the firm of Rolls-Royce, which was to become world-famous.

His subsequent career was a series of triumphs of engineering skill and ability, culminating in the design of the aero engine fitted to the winning aeroplane in the Schneider Trophy Contest.

His great services to the engineering industry led to his being created a baronet in 1930.

He was elected a Member of the Institution of Automobile Engineers in 1910, and was awarded the Institution Medal in 1930 in recognition of his work in the design and production of high-class automobiles.

Sir FREDERICK HENRY ROYCE, Bart., O.B.E., was known throughout the world for his achievements in designing engines which gained for Britain speed records on land, sea, and air. His rise to fame was all the more remarkable in view of the adverse circumstances of his early career. He came of a family of millers, and his grandfather was a pioneer in the adoption of steam for milling purposes.

He was born in 1863 and commenced to earn his living when only 10 years of age by selling newspapers and later as a post-office messenger boy. When 14 years old he commenced an apprenticeship at the Doncaster works of the Great Northern Railway. He afterwards went to Leeds where he was engaged in a gun factory, and was later employed in London as a tester by one of the first electric lighting companies. At the same time he studied at the Finsbury Technical College and his exceptional capabilities led to his being appointed chief engineer for his firm in 1882.

His coming of age was marked by the formation of the Manchester firm of Messrs. Royce, in conjunction with the late Mr. E. A. Claremont, M.I.Mech.E. This firm commenced the production of arc lamps and dynamos and later electric cranes. As a result of difficult conditions, however, Mr. Royce turned his attention in 1903 to the motor car.

In 1906 he established with the late Hon. C. S. Rolls, M.I.Mech.E., the firm which has since become world famous. He suffered indifferent health for many years, but he continued actively his work on engine design. His Schneider Trophy engine, which attained a speed of 328 m.p.h. in 1929, proved to be one of his crowning achievements, but even this was surpassed when a speed of 408 m.p.h. was recorded with a later design in 1931.

He had been a Member of the Institution since 1898.