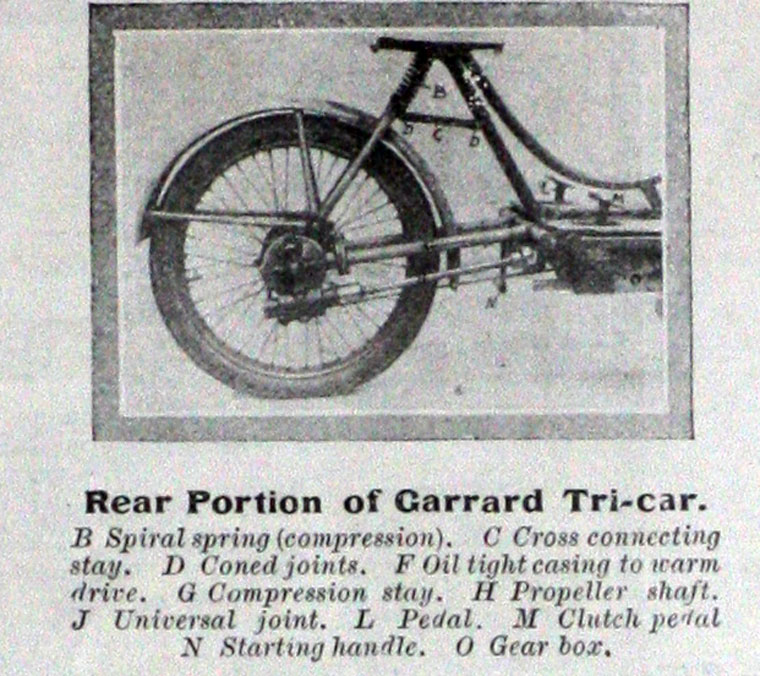 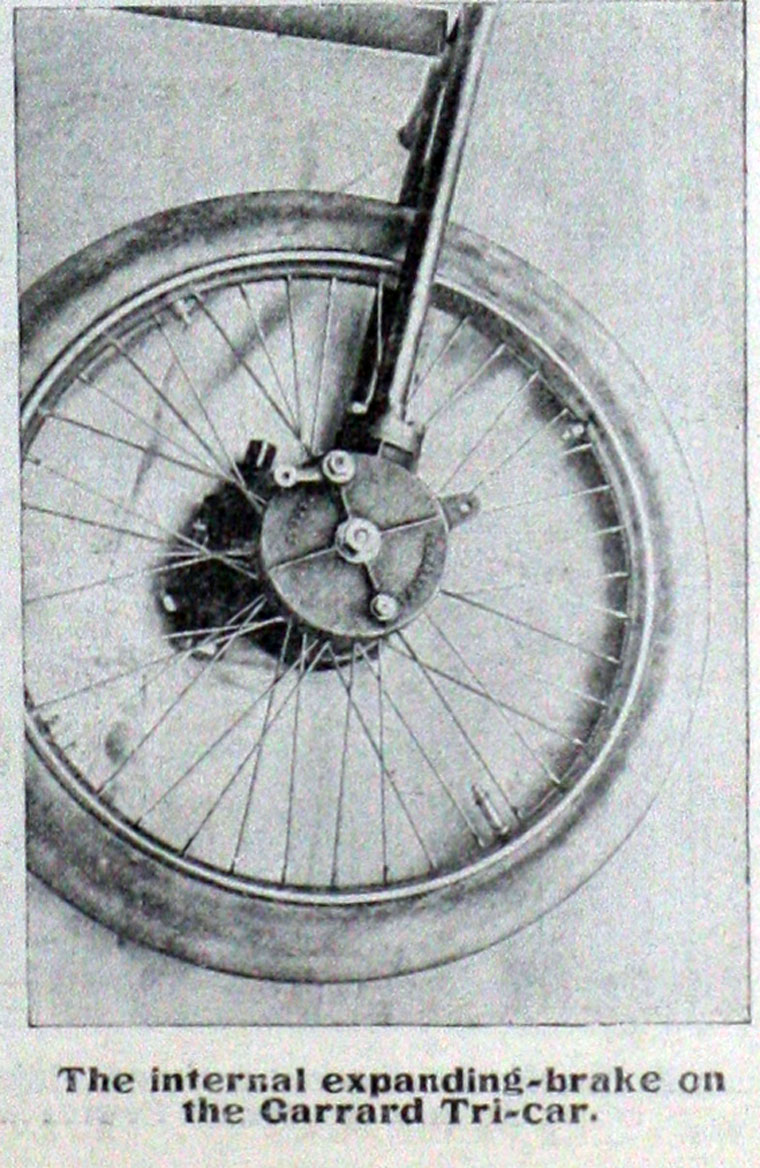 1900 July. An article about their bicycle free-wheel

These motorcycles were produced from 1902 to 1905, in Birmingham.

1902 Charles Garrard (presumably Charles Riley Garrard) began to import the French 143cc Clement clip-on engine unit to fit a standard bicycle. This was sold as the Clement-Garrard. It had an overhead exhaust valve, small crankcase and large external flywheel. Fitted inclined to the down-tube inside the frame, it drove the rear wheel by belt over a jockey pulley. Frames for the new model were made by Norton who also dealt with spares and repairs for Garrard and used a 160cc Clément engine for his own first Norton motorcycle.

1903 A 3hp narrow-angle V-twin model joined the single. It was intended for tandems but was used by Garrard in competition.

1904 A new design was offered. This had the engine vertically mounted just behind the front wheel, its weight hung from the down-tube and braced to the bottom bracket. Most of the frame was occupied by the tank and its compartments. Belt drive and rigid forks continued. They also advertised suspended, leading-link forks and a two-speed gear with chain drive. By revising the frame to suit the engine, the V-twin followed a similar format. A new tandem was announced - a forecar with twin front-wheels 4hp water-cooled engine, three-speed gearbox and shaft drive.

Garrard was a motorcycle produced in 1904 by Charles Garrard of Birmingham.

Having been associated with Clement machines Garrard went on to show a forecar tandem early in 1904. The engine was 4hp and water-cooled, driving back to a clutch, three-speed gearbox and by a shaft to the single rear wheel. Suspension was leaf-spring to the front and pivoted-fork to the rear. The passenger seat was fitted in front of the rider.

Although the machine proved its worth at a hill-climb that year, the idea was not expanded as the machine was, in reality, more of a car than a motorcycle.