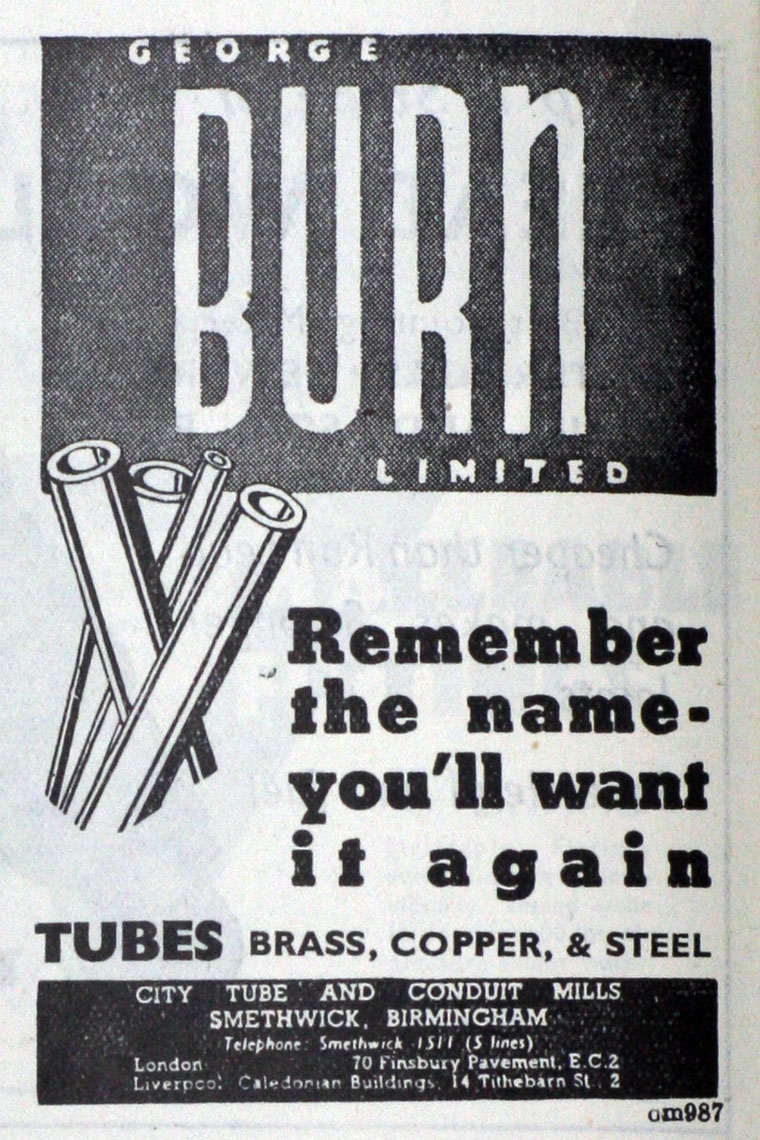 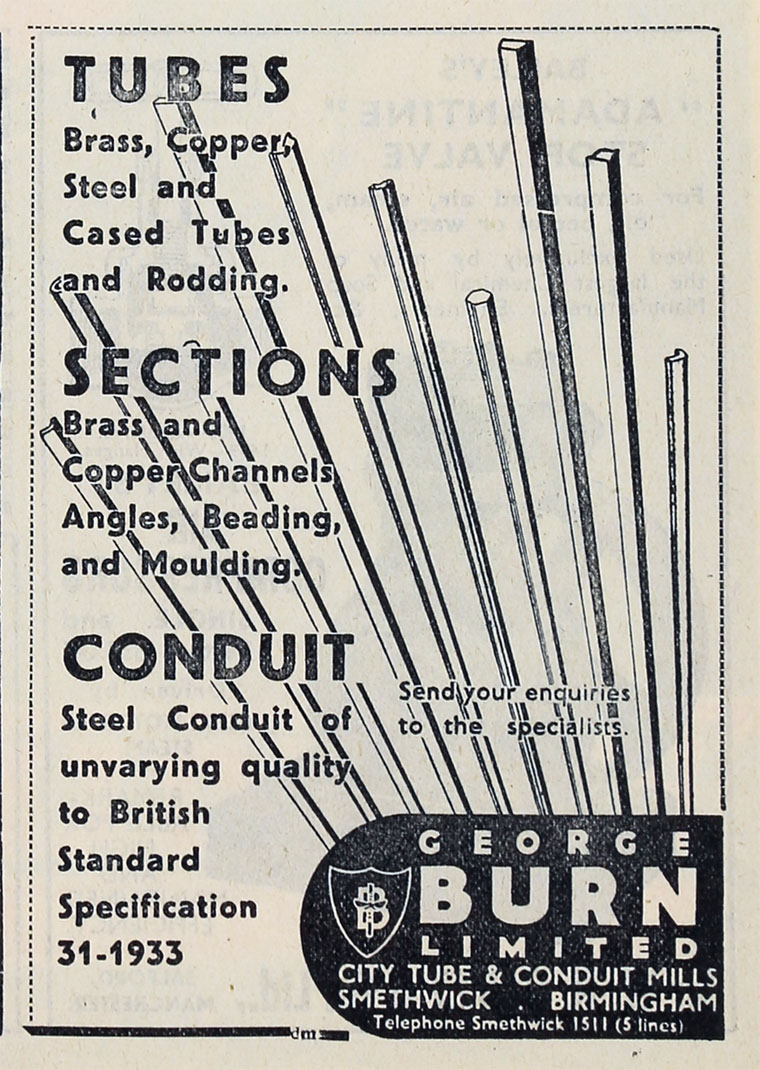 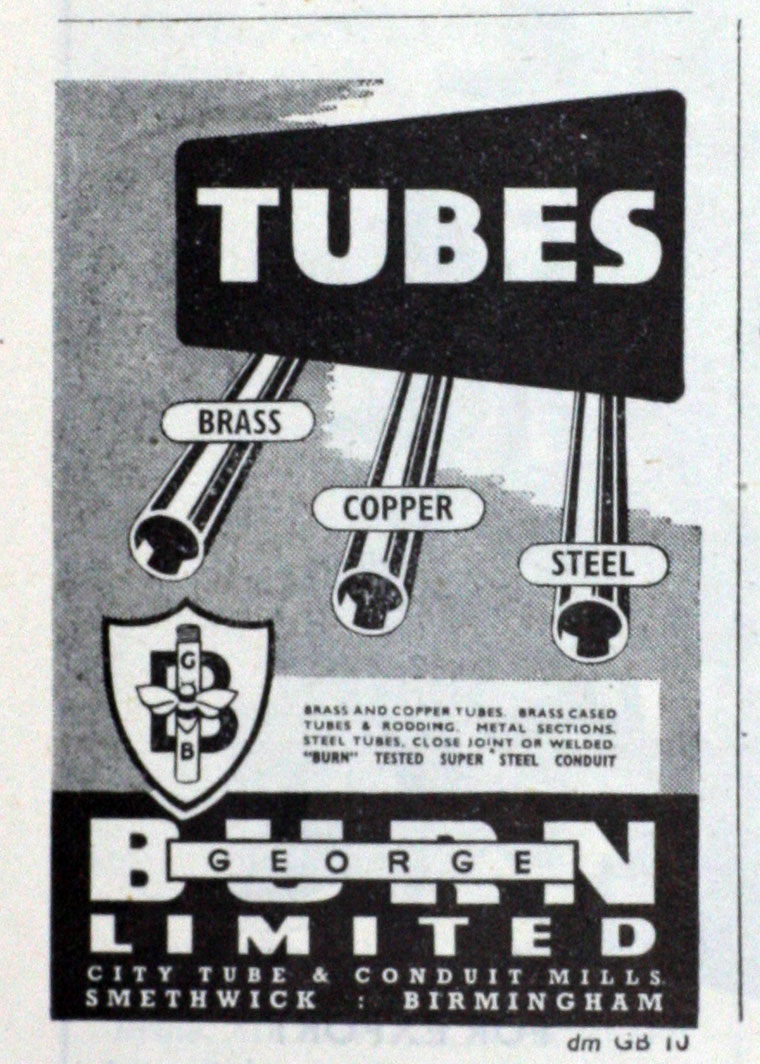 One of several tube-making firms which had come to the town since the 1880s.

1889 the newly formed Credenda Seamless Tube Co bought the Bridge Street factory of the former Birmingham Plate Glass Co and converted it into a tube mill, the Credenda Works.

1896 The business was bought by a Birmingham firm, the Star Tube Co

1908 the Birmingham firm of J. A. Phillips and Co, manufacturer of bicycles and bicycle components, bought the Credenda Works and gave up its Birmingham premises.

1920 The Smethwick Tube Co was set up in Rolfe Street and became part of George Burn Ltd. in 1921.

During the twenties and thirties Burns acquired a number of other premises in Rolfe Street, including the soap works of William Cliff and Sons, and replaced them by tube mills.

Finally in 1937 the firm opened the City Tube and Conduit Mills in Rabone Lane on the site of Muntz's 'Old Side Works'. It became Burns's headquarters and main works; the Birmingham works was sold and the company concentrated all its activities in Smethwick.

1971 The company moved to Shirley (Warwickshire).

Another cycle firm, the Coventry-Eagle Cycle and Motor Co moved from Coventry to the Grove Lane Works in Wills Street in 1959 and remained in business in the town until 1968, when it moved to Barton-upon-Humber (Lincs.).