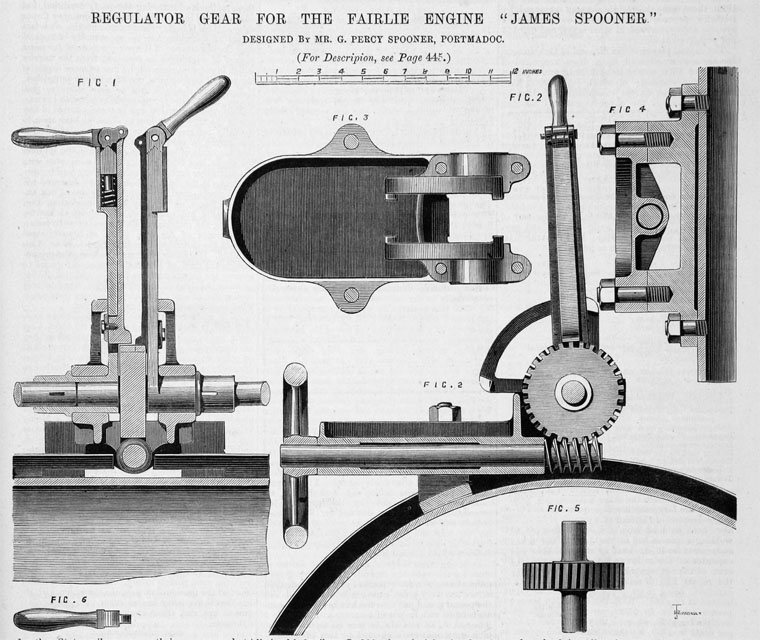 After attending a local school he went to Harrow School, and later to the Polytechnic at Karlsruhe. He was articled to his father, Mr. C. E. Spooner, manager and engineer of the Festiniog Railway, North Wales, and passed through the shops and drawing office. During this period, and subsequently, he was engaged on surveying, levelling, draining, and the design and construction of reservoirs and dams, of locomotives, rolling stock, stations and general railway equipment.

In 1879 he went to India as assistant district and locomotive superintendent on the Indian State Railways, and on his retirement in 1894 he returned to England where he interested himself in scientific instruments and organ building.

In the early part of the War he became a Special Constable with the rank of Sergeant.

His death took Place in London after a short illness on 21st January 1917, in his sixty-seventh year.

He was elected a Member of this Institution in 1885.