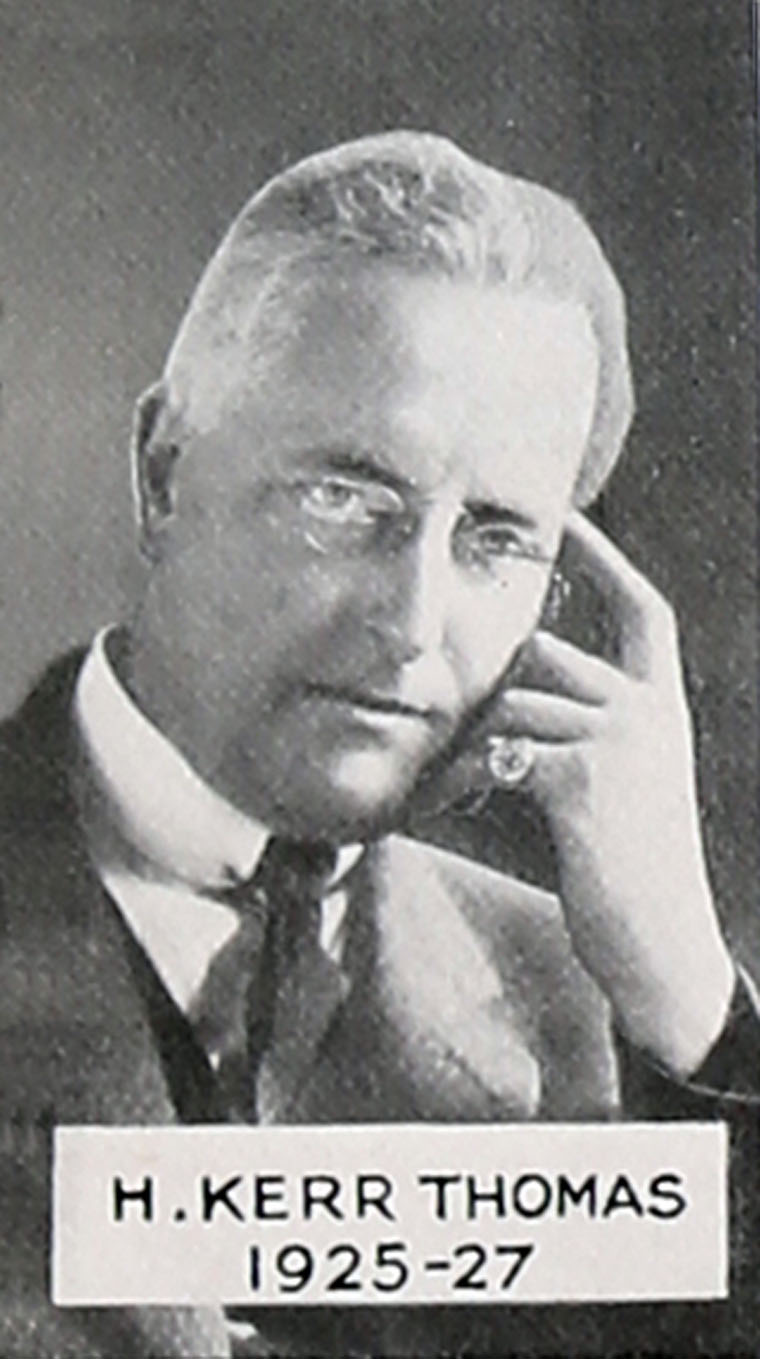 1926 He was president of the Institution of Automobile Engineers and was formerly resident director of Associated Equipment Co., Walthamstow.

In 1926 he was also made general manager of the Dudley firm of A. Harper, Sons and Bean.[1]

"HUGH KERR THOMAS, whose death occurred at Hadley Wood, Herts, on 2nd December 1946, at the age of seventy-three, was elected an Associate Member of the Institution in 1910 and was transferred to Membership in 1913. He was also a past-president of the Institution of Automobile Engineers.

After receiving his practical training he was appointed engineer and manager to the automobile branch of Messrs. J. and E. Hall, Ltd., of Dartford, with whom he remained for five years. He then joined Messrs. D. Napier and Son, Ltd., but in 1916 he went to America to take up an appointment as general factory manager to the Pierce Arrow Motor Car Co.

After holding this position for ten years he returned to England and held office as resident director of the Associated Equipment Company, Ltd.

After an association of thirty years with the motor car industry, Mr. Thomas became interested in the photographic business and began a connection as general manager with Messrs. Houghton, Butcher and Company, Ltd., manufacturers of photographic apparatus, of Walthamstow, which lasted until his death. Since 1938 he had been works director of the company.