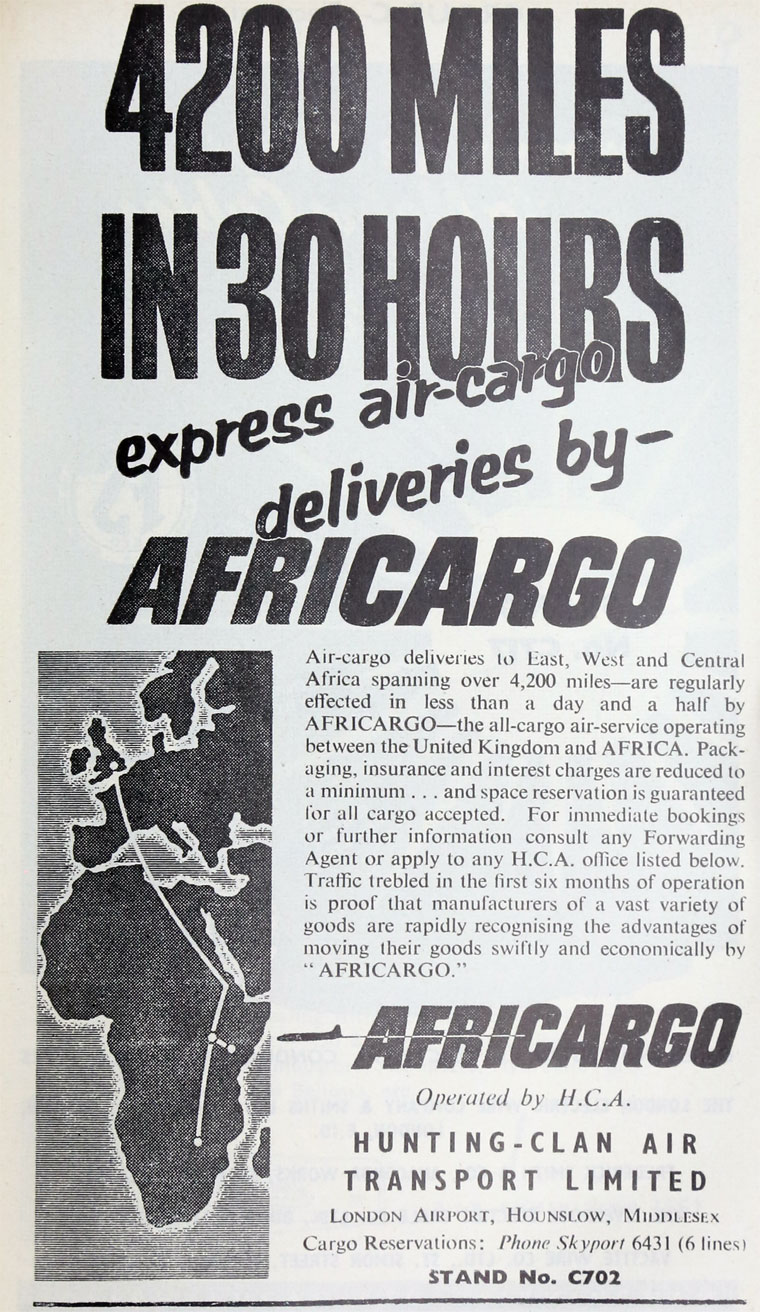 1953 The Hunting family decided to split the Hunting Group and to transfer their airline business to a new holding company which they had set up together with the Scottish Clan Line shipping company; the airline was named Hunting-Clan Air Transport[1]

1960 Merger of Hunting-Clan and Airwork to form British United Airways. Would share with BOAC routes to East and Central Africa; agreement with BEA on London-Gibraltar route[2].