Marshall and Co (of Clayton) 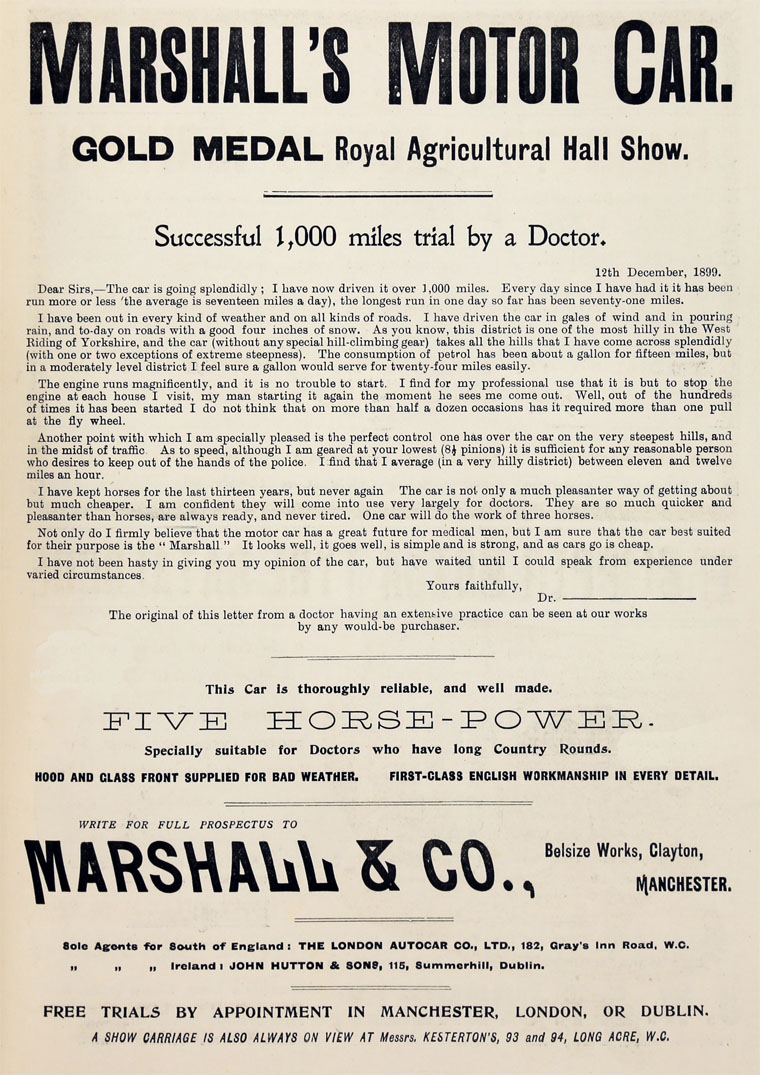 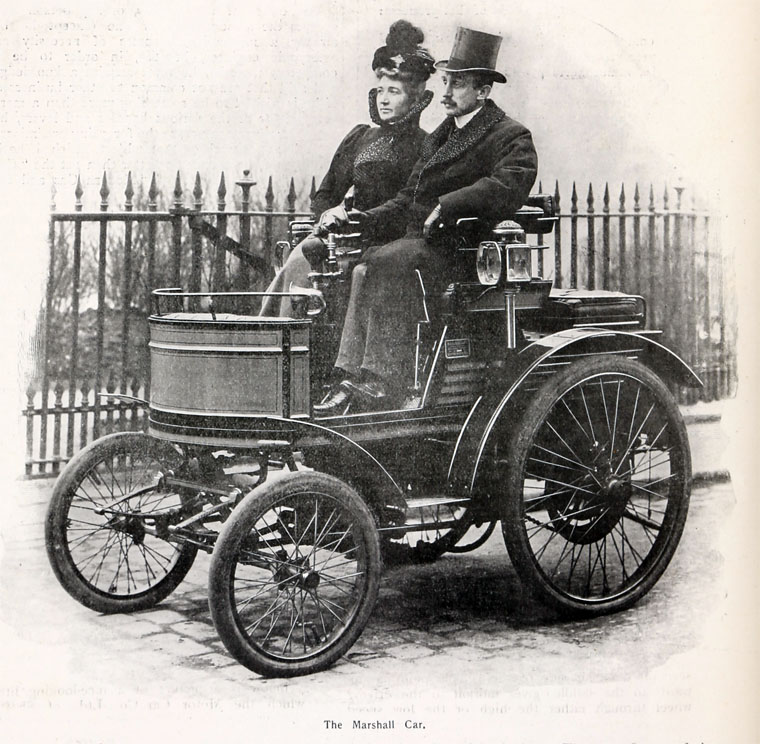 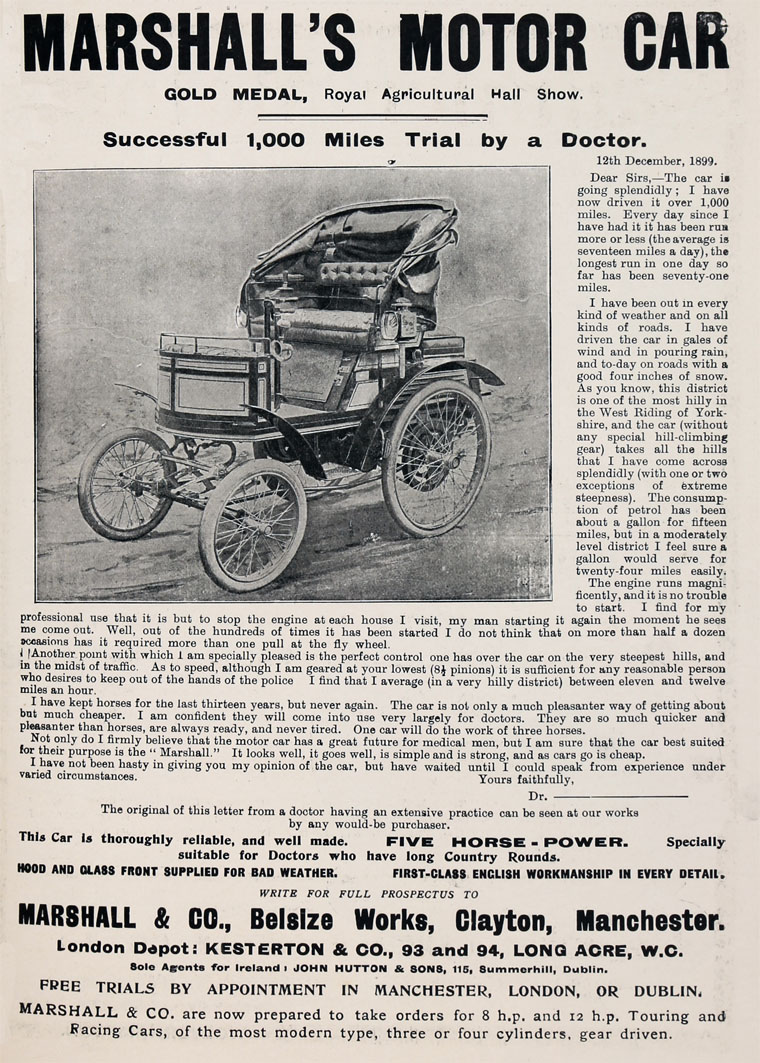 1896 The company was founded as Marshall and Co. Founder was James Hoyle Smith

1897 Produced first cars - these were called Marshalls and were very similar to the French Hurtu, itself a Benz replica.

Note: The business evidently took over the Belsize Works formally occupied by the Manchester Cycle Manufacturing Co, but this could not have happened before July 1898, when the factory was advertised for sale.

Agencies were established in London and Dublin and the car gained a Gold Medal for efficiency at the 1899 London exhibition.

1900 Showed motorcar and makes carriages of all types. Paris Exhibition [1]

1901 A new more modern four seat model appeared in 1901 with twin cylinder engine made by Buchet and was the first to carry the Belsize name as the "Marshall Belsize", taking its name from their Belsize works where they had built bicycles

1903 The company name was changed to Belsize Motors and Engineering.

1906 This changed again to Belsize Motors Ltd. The company was registered on 20 April, to acquire the undertaking of the Belsize Motor and Engineering Co. [2]