1964. Roller-hearth furnace of the Witton Brass and Copper Strip Mill. 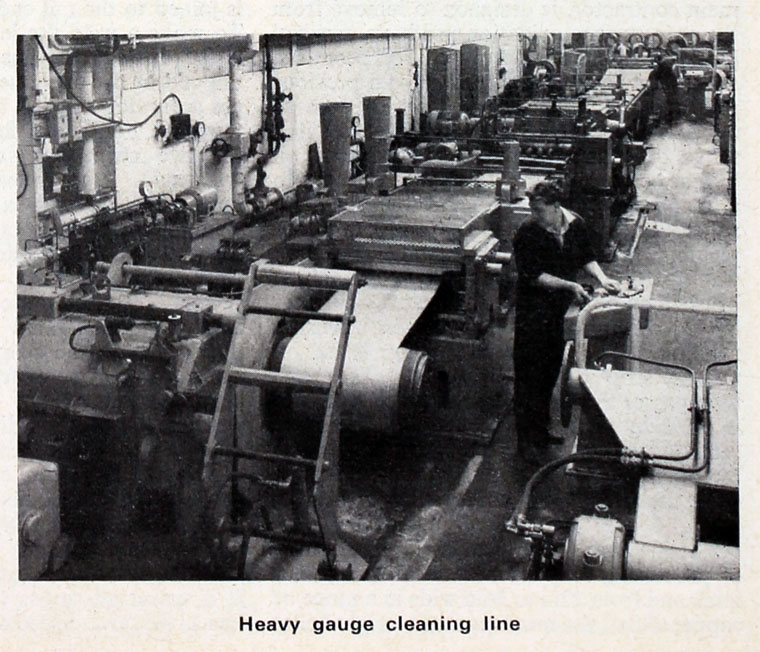 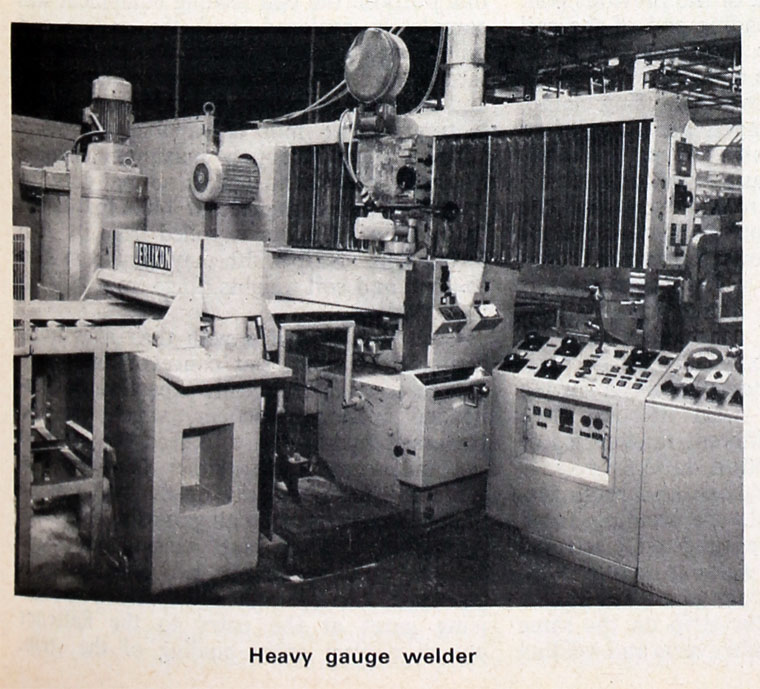 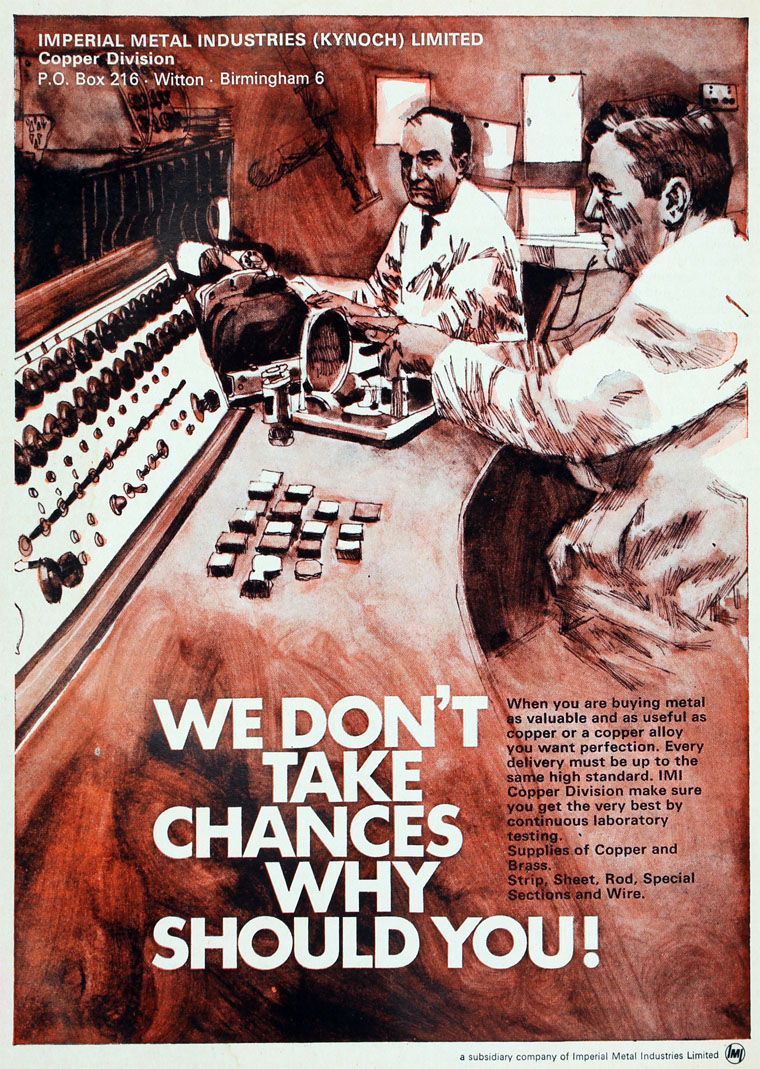 1927 The new company in turn was one of the four businesses which merged to create Imperial Chemical Industries (ICI). The Witton site became the head office of ICI Metals Division.

1950s the company's researchers perfected the process for producing titanium on a commercial basis.

1962 The name Imperial Metal Industries Limited (IMI for short) was adopted on the 100th anniversary of G. Kynoch and Co.

1970 Esperanza Trade and Transport acquired the 36% of the shares in the Lead and Alloys Ltd owned by IMI Group[3].

1993 The Ammunition Division was incorporated as Eley.