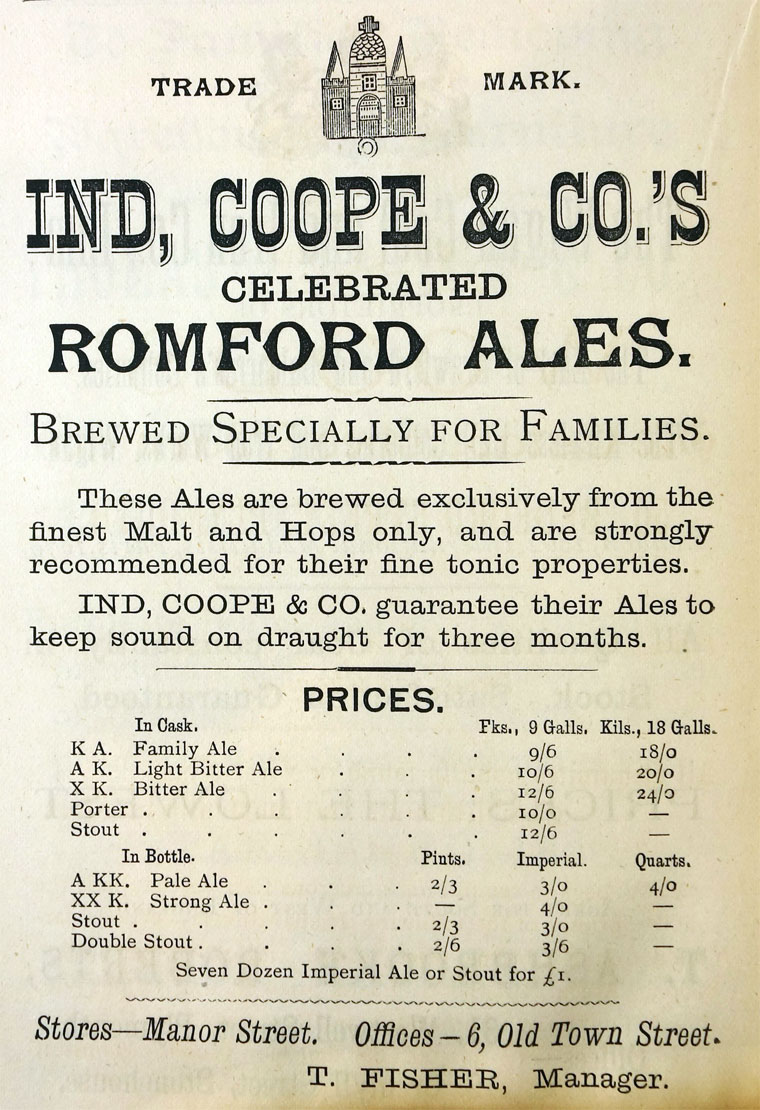 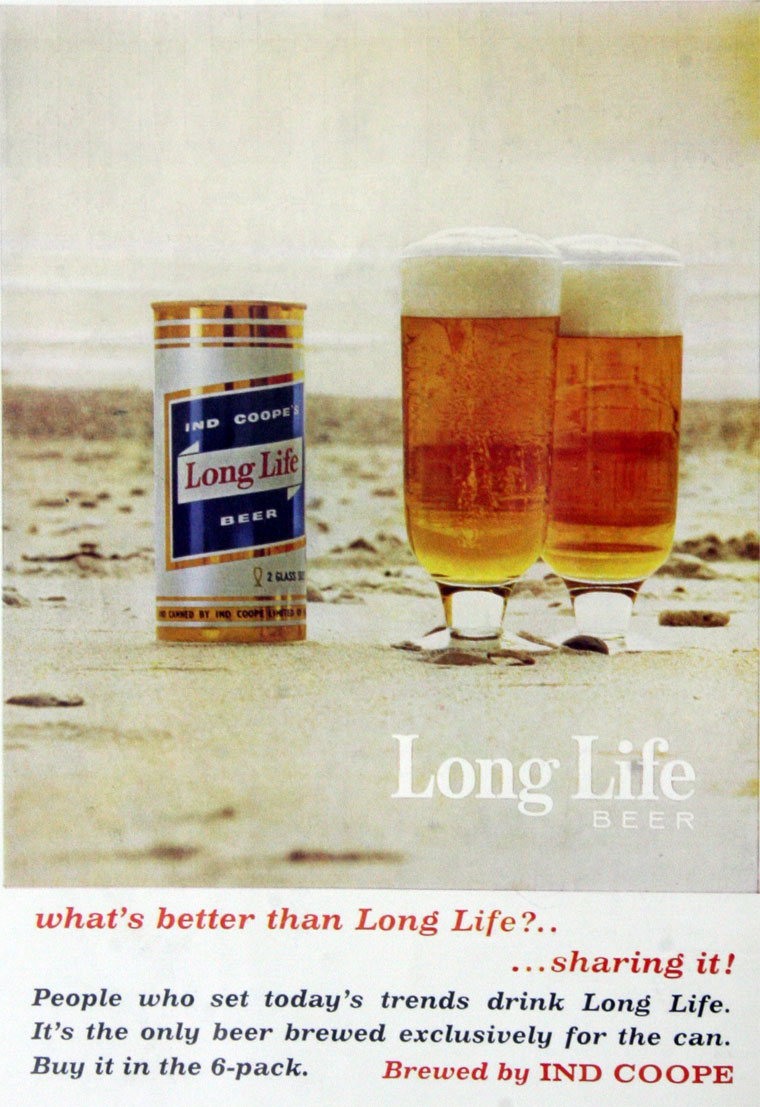 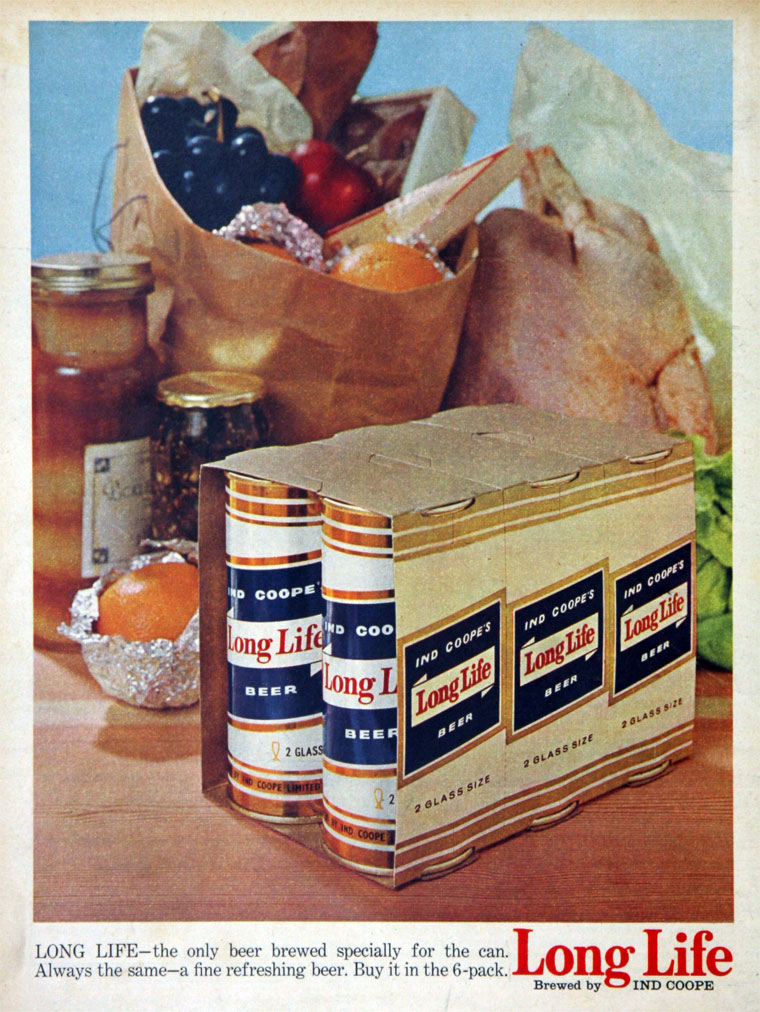 of Romford, Essex and Burton-on-Trent

1799 When Cardon died, Edward Ind and John Grosvener bought the brewery, located behind the Star Inn in Romford.

1816 Grosvener sold out to John Smith, the business continuing as Ind and Smith.

1845 Henry Smith left the Romford Brewery and, with his brother-in-law, head brewer, John Turner, moved to Chiswick to become part of Fuller, Smith and Turner.

1856 They became known as Ind Coope and Company. Second brewery opened in Burton on Trent by Ind Coope.

1914 Acquired Bindley and Co of Burton

1929 Acquired All Saint's Brewery of Leicester

After 1945 the company became increasingly acquisitive and grew rapidly.

1950 Acquired Lonsdale and Adshead of Macclesfield

1952 Acquired Trouncer and Co of Shrewsbury

1959 Acquired Taylor Walker and Co, London. The Allsopp name was dropped from the title.

1961 Merged with Ansells and Tetley Walker to form Allied Breweries. The beer is now produced by Carlsberg-Tetley at their Leeds plant.