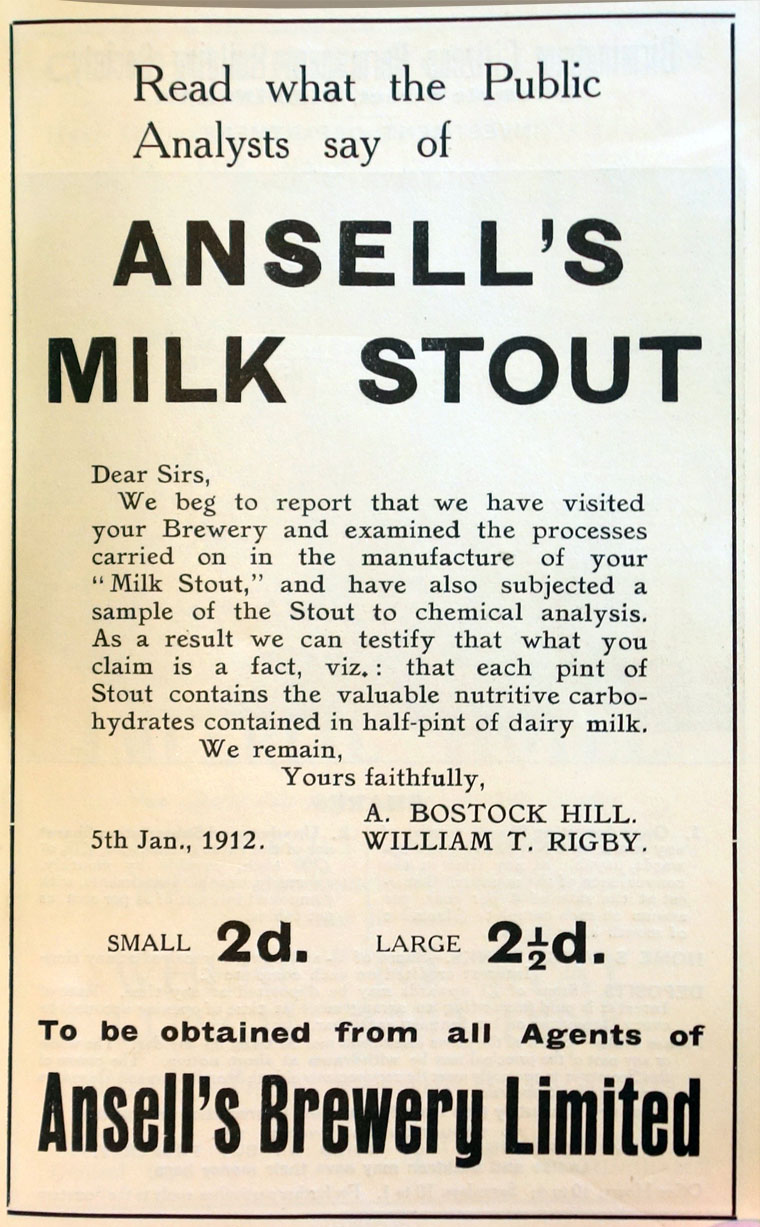 1857 Ansell's was founded by Joseph Ansell. They were originally maltsters and hop merchants.

1881 Joseph Ansell set up the Ansell's Brewery with his son in Aston Cross, Birmingham, to concentrate on brewing.

1889 Company became a limited company as Joseph Ansell and Sons.

1934 Holt Brewery Co acquired, making them one of the largest UK regional breweries.

1960 In December, Ansells launched the first large seven pint can known as a party can or 'bumper'. It was called Ansells Caskette Draught Beer and the can was made by Metal Box at Perry Wood, Worcester. Various other sizes soon followed.

1961 Ansell's merged with Tetley Walker and Ind Coope, to form Allied Breweries, which is now part of Carlsberg.