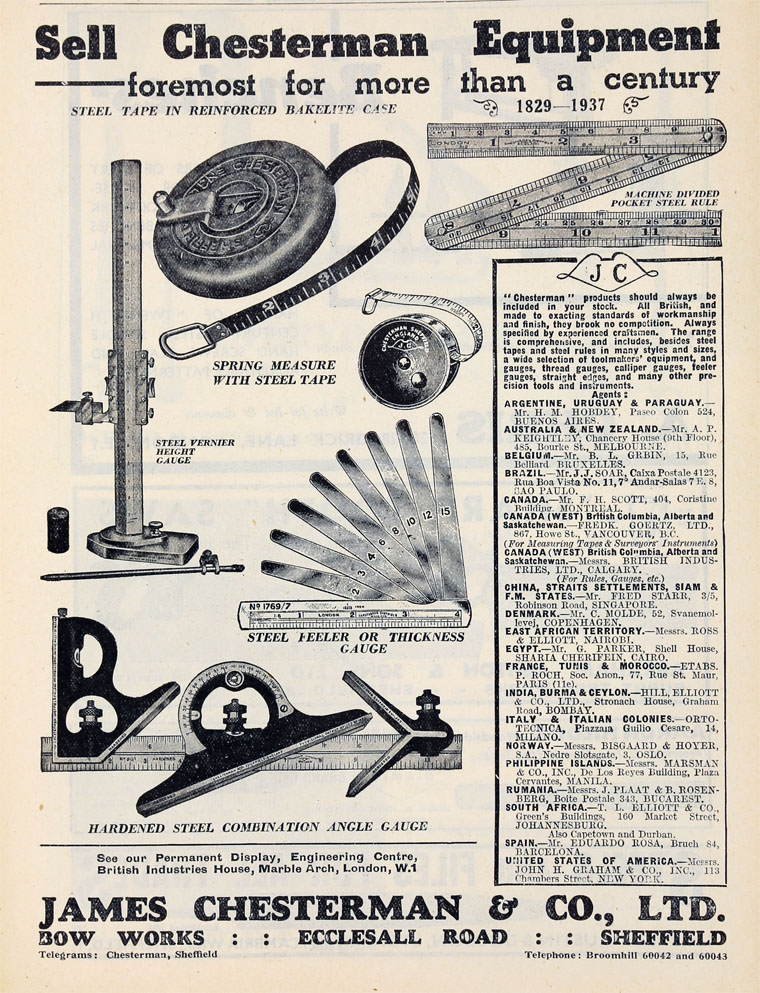 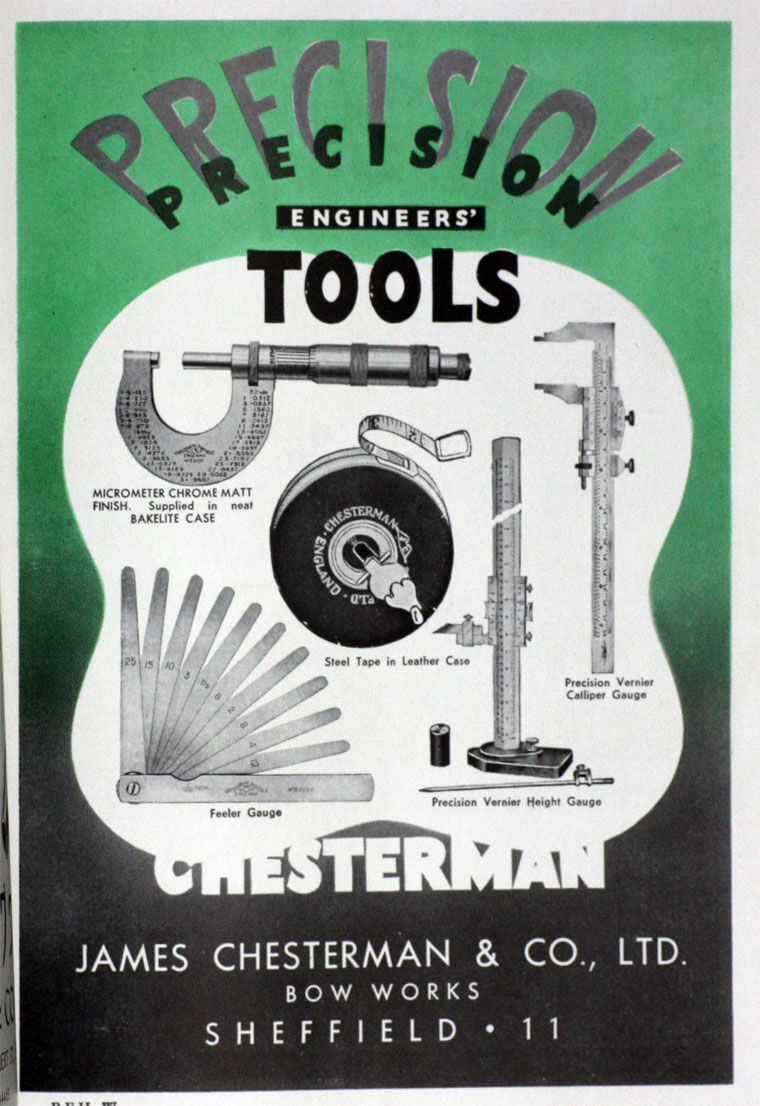 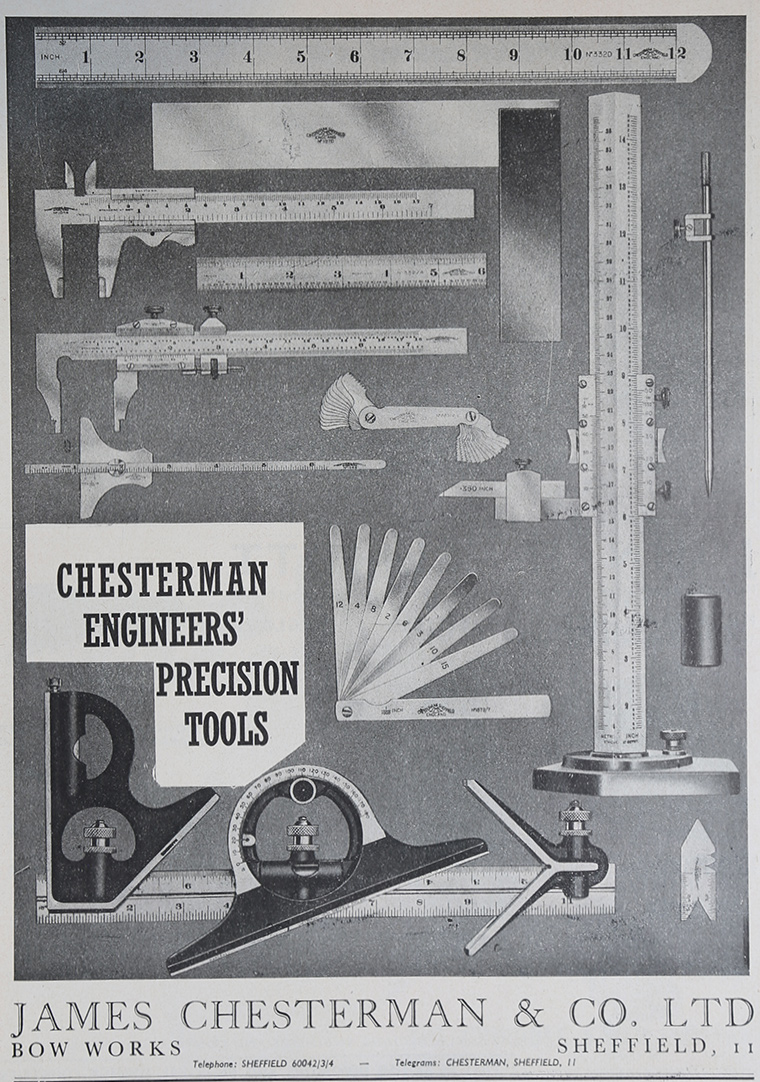 James Chesterman moved from London to Sheffield in 1821 and set up Bow Works in Nursery Street.

1842 Invented the first 'metallic' woven tape and a steel tape.

1848 The partnership of Chesterman and Bottom was dissolved

1855 Cutts, Chesterman and Co was in business making measuring tapes

1859 The partnership of Cutts, Chestermann and Bedington was dissolved.

1864 The Nursery Street Works was devastated by the Sheffield Flood. A new Bow Works was opened in Pomona Street (this closed in 1984).

1963 The company merged with John Rabone and Sons; the name was changed to Rabone Chesterman.

1990 The remains of the business were taken over by Stanley.

2008 Business was still being undertaken at Hockley Abbey, Birmingham.